Traders arrange durians into batches at Simummuang market in Pathum Thani. Durian exports have increased by 172% compared with the same period last year.

Despite the country facing its worst outbreak of Covid-19, exports are continuing to maintain growth momentum, surging by 43.8% year-on-year in June, representing the highest uptick in 11 years. 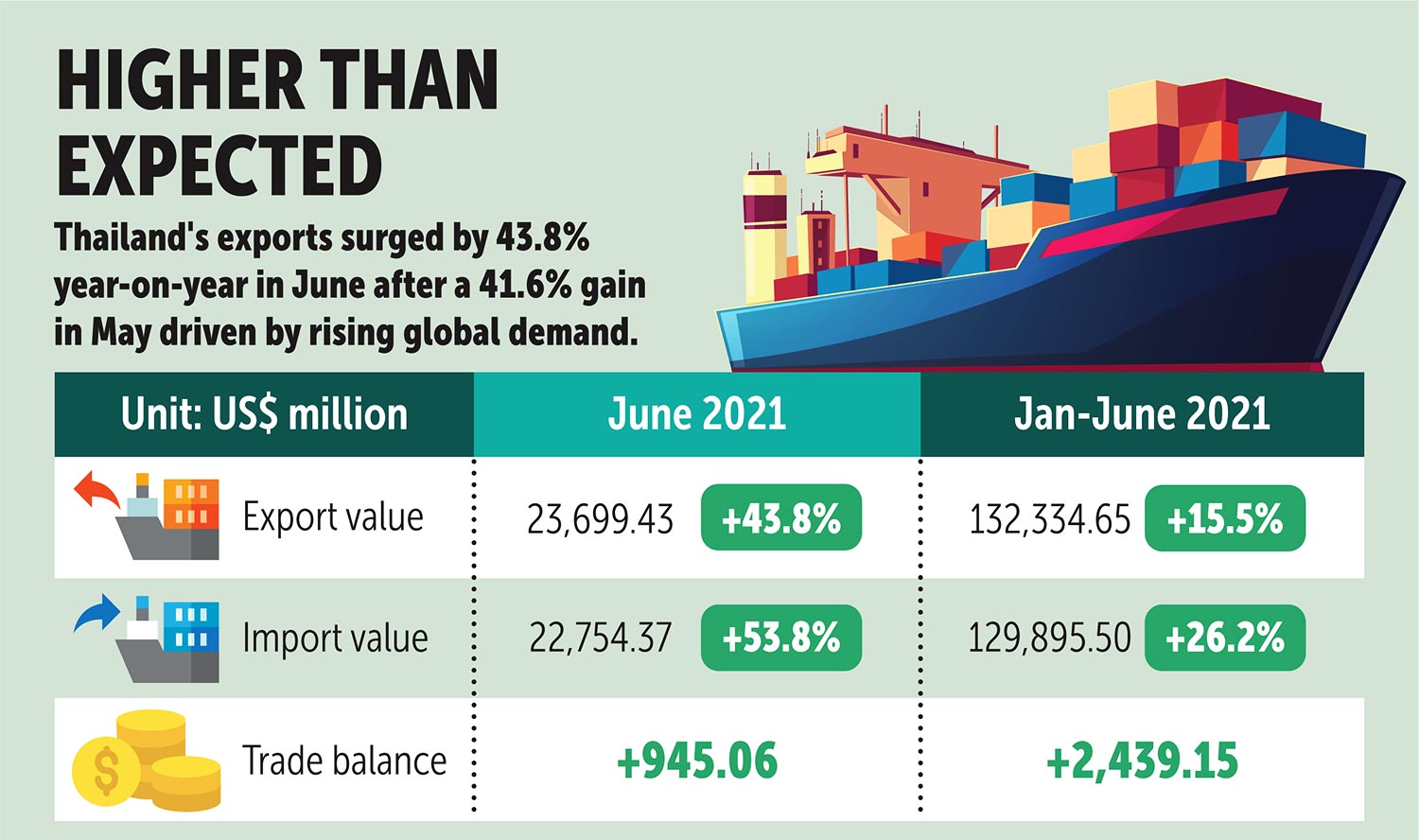 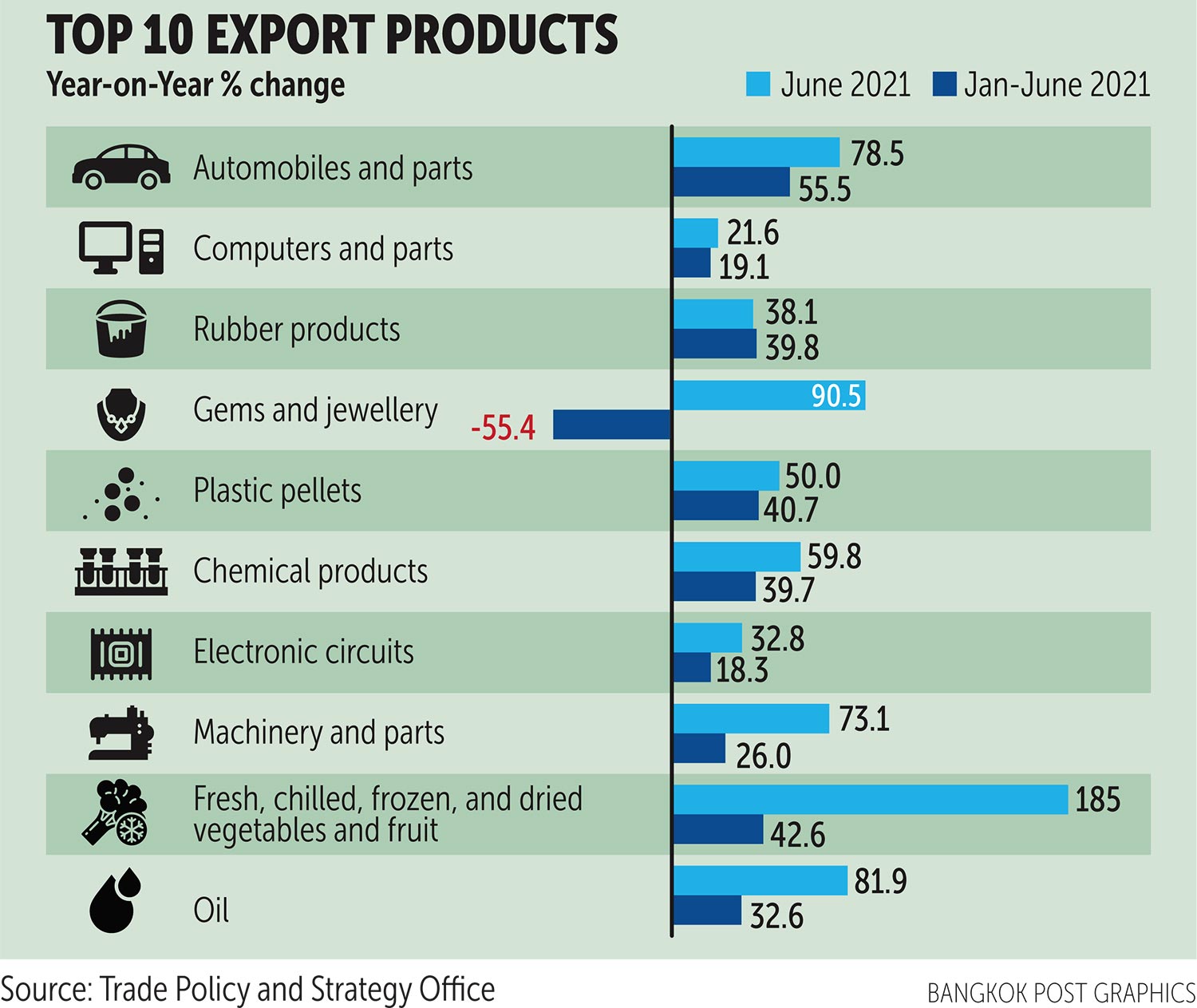 The Commerce Ministry reported on Friday customs-cleared exports rose for a fourth consecutive month, after gains of 41.6% in May, 13.1% in April and 8.47% in March, respectively, following a 2.59% contraction in February.

Exports from the real sector (excluding gold, oil-related products and arms) also continued to soar by 41.6% from June last year after increases of 45.9% in May, 25.7% in April and 12% in March.

Commerce Minister Jurin Laksanawisit attributed the solid export expansion in June to the continuous implementation of export promotion plans since the beginning of the year by the ministry, the robust global economic recovery, especially in the manufacturing sector, and the depreciation of the baht.

According to the ministry's statistics, agricultural and agro-industrial product exports rose for seven consecutive months with a growth rate of 36% year-on-year in June to $3.98 billion.

According to Mr Jurin, the ministry foresees continued growth of Thai exports in the second half of this year.

He predicted the growth would come from steadily increasing industrial product shipments, higher oil-related product exports because of rising export prices and foreign demand after many countries eased their lockdown measures, as well as more Covid-19 vaccinations that should enhance consumer confidence.

Mr Jurin said for the remaining months this year, the ministry pledges to cooperate more closely with the private sector and continue its export promotion campaigns, offering more than 130 activities.

"The ministry will attempt to boost export volume as much as possible and help the manufacturing sector to continue its production during the outbreak," he said.