The Thai Life Assurance Association (TLAA) is developing an e-examination and online learning system to help insurance agents refine their digital skills and survive in the era of social distancing. 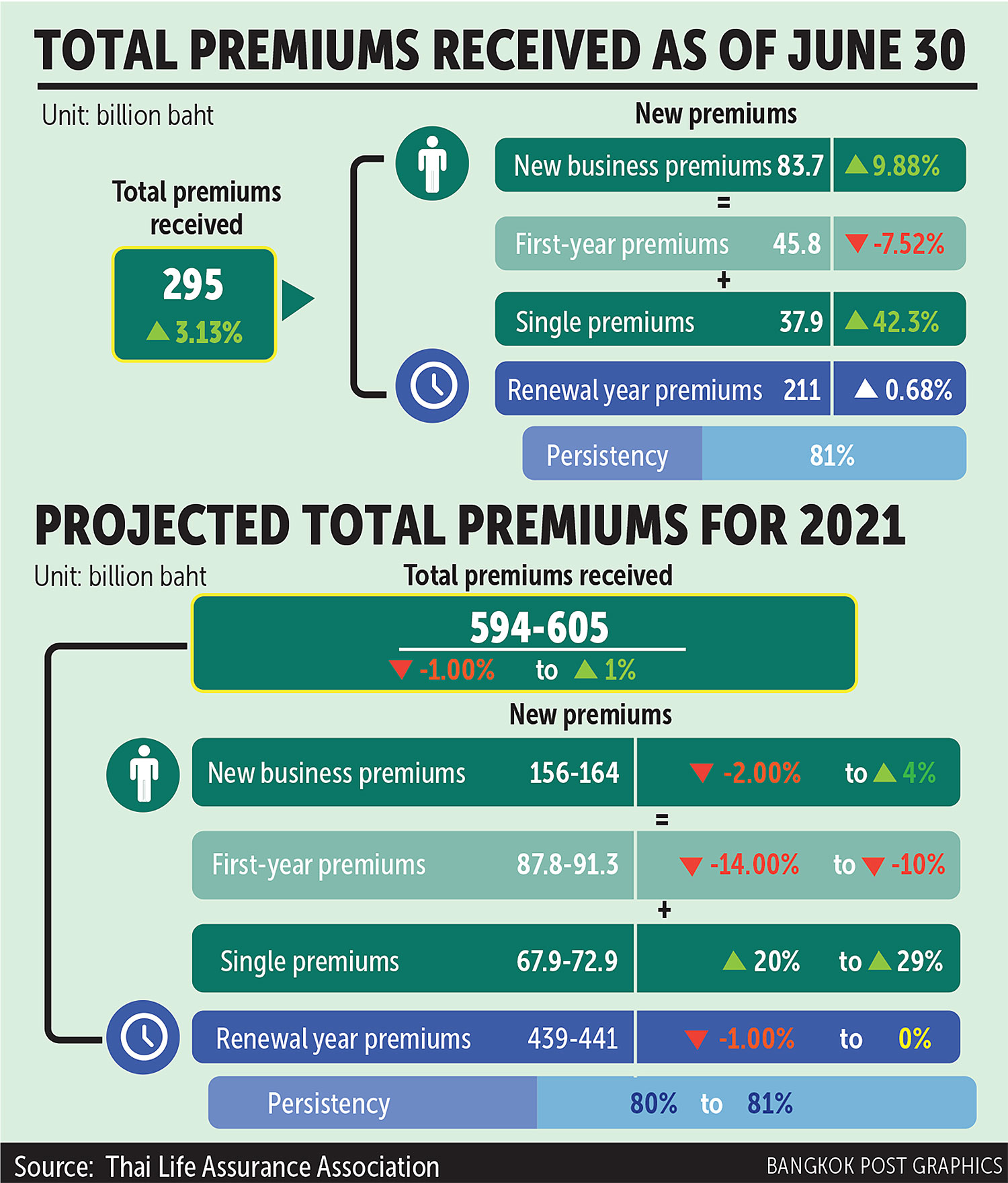 Sara Lamsam, president of TLAA, said the association is maintaining its growth target for the industry in a range of -1% to 1% and expects to record total premiums received worth 590-610 billion baht, assuming the country's GDP growth is 1.5-2.5%.

Mr Sara said even though the industry grew by 3.13% year-on-year in the first half this year, first-year premiums from new regular customers (non-single premiums) dropped by 7.52% compared with the same period last year.

The persistency rate was 81%.

"The growth of new business premiums was helped by a 42.3% increase in single premiums from the bancassurance sales channel," he said.

"In contrast, first-year premium sales dropped from both agents and bank branches."

Mr Sara said the decline in first-year premiums reflects the impact of the pandemic and social distancing measures as many agents were unable to develop their skills to adjust to digital sales channels.

"We need to reskill our agents to help them survive in this era in which technology and digital tools are vital," he said.

At the end of June, sales through insurance agents still contributed the largest portion of sales at 48.4%, followed by bancassurance at 42.1%.

Premiums from personal accident rider protection fell by 4.36% because of a decline in transport during the pandemic.