A cosplay fan poses for a photo at a Tencent Games booth during the China Digital Entertainment Expo and Conference. Shares of the company took a plunge yesterday. (Photo: Reuters)

Shares of Tencent Holdings Ltd. and rivals plummeted Tuesday after a state-owned Chinese newspaper criticized online gaming as "opium for the mind," fueling investor concerns that the companies' popular games could be swept up into a broader regulatory crackdown.

The state-owned Economic Information Daily published a feature on Tuesday, saying excessive gaming could have ill effects on children and highlighting experts' calls for tighter regulation.

"Society has come to recognize the harm caused by online gaming and it is often referred to as 'opium for the mind' or 'electronic drugs,'" the newspaper said. It said gaming addiction was on the rise, affecting children's studies and causing alienation.

The article cited interviewees as saying gaming platforms should be more socially responsible, rather than purely chasing profits. Regulatory penalties should be heavier, and companies should protect children by improving anti-addiction safeguards and content-review systems, experts cited by the paper suggested.

In recent months, China has intensified scrutiny of big technology companies over issues such as data security, monopolistic behavior and financial stability, sparking a steep selloff in the shares of companies like Tencent and Alibaba Group Holding Ltd. Drastic steps to curtail the after-school tutoring sector have also unnerved investors. 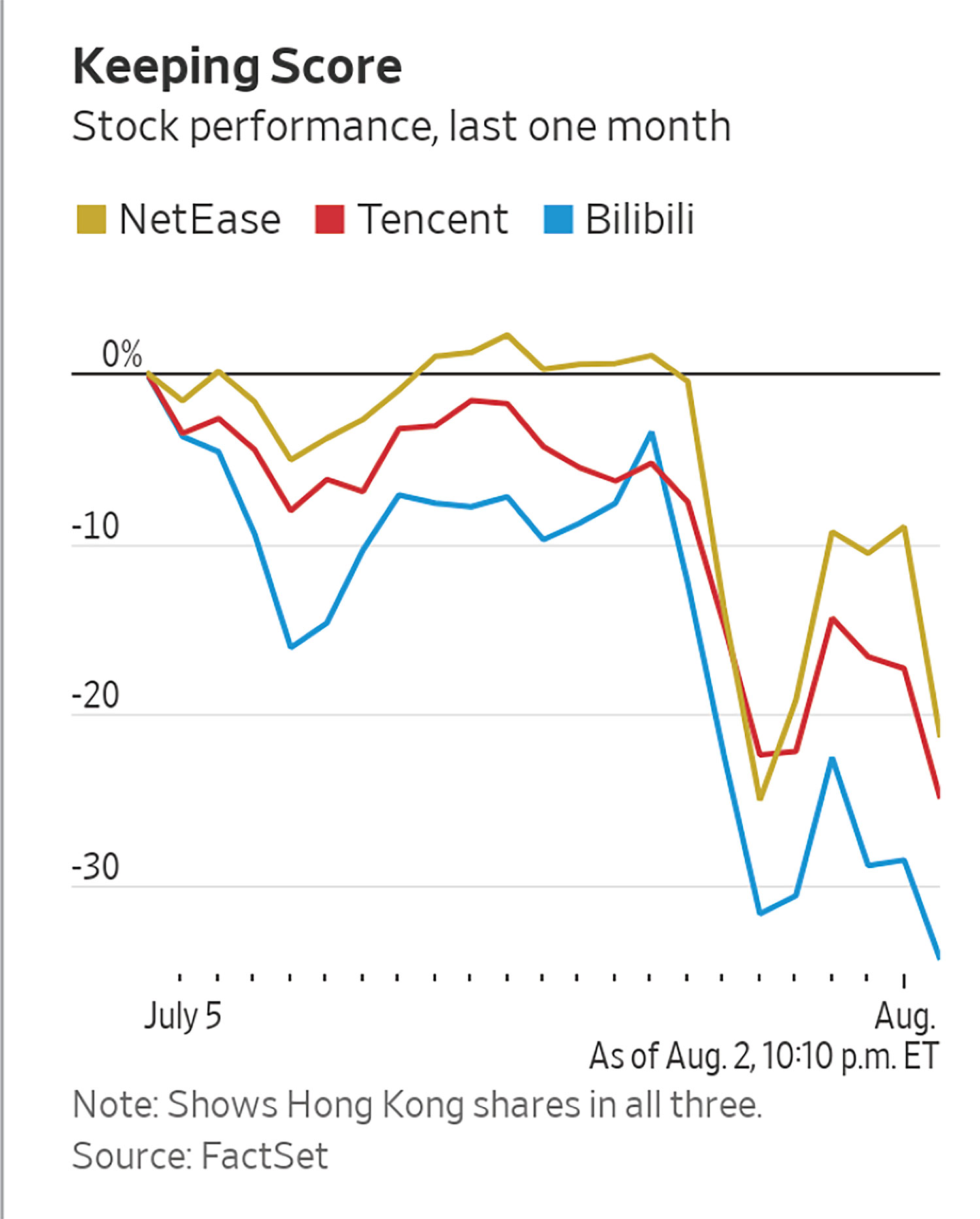 One motivation for Beijing is to address social concerns, such as relieving the extreme pressures placed on children by the country's highly competitive education system.

Chinese authorities have previously raised concerns about the gaming habits of young people. In 2018, China stopped issuing videogame licenses for a period, costing Tencent more than $1 billion in lost sales and leading to a prolonged slump in its share price.

Since then, Tencent has worked closely with the State Administration of Press, Publication, Radio, Film and Television, which approves games in China. Earlier this month, Tencent launched a facial-recognition system to limit late-night gaming by children.

Tencent is an industry powerhouse and its "Honor of Kings" title was the world's top-grossing game in both 2019 and 2020. For last year, the company reported the equivalent of $22.7 billion in revenue from smartphone games, and $6.9 billion from PC games, out of total revenue of $74.6 billion.

Tencent's gaming revenue rose 17% in the first quarter of this year, helped by "Honor of Kings" and newer games such as "Moonlight Blade Mobile."

Last week, a senior Communist Party official told an industry expo in Shanghai that preventing young people from becoming addicted to videogames was a top priority for authorities. "We will keep a close eye on it," said Yang Fang, the deputy director of the publication bureau of the party's central propaganda department.