The consumer price index (CPI), a gauge of headline inflation, decelerated in July from the previous month because of government subsidies for utilities, tuition and education fees to alleviate the impact of the prolonged Covid-19 outbreak. 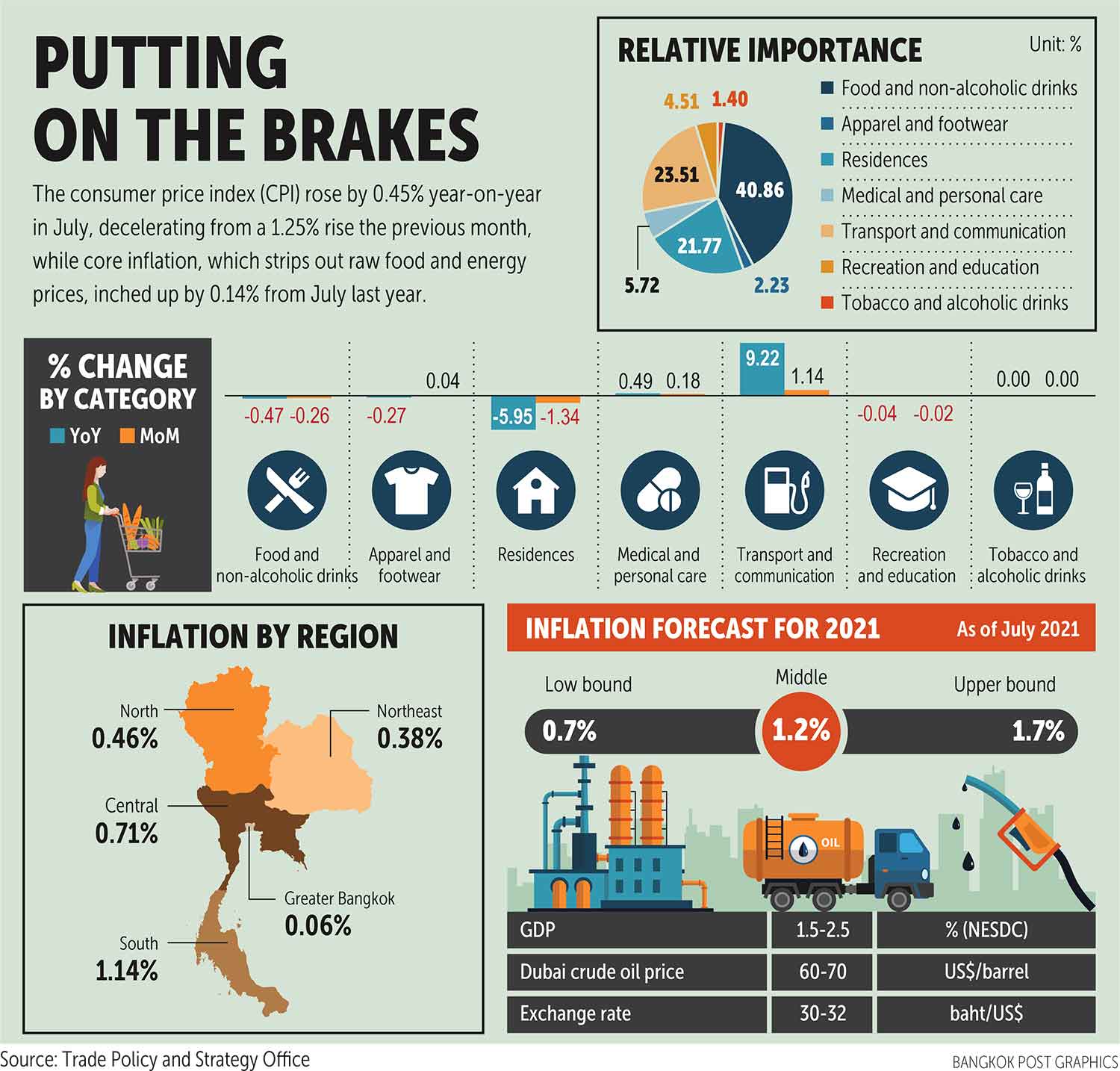 Prices for energy and certain agricultural products such as pork, eggs and fresh fruit rose following mild demand during the lockdown, said Wichanun Niwatjinda, deputy director-general of the Trade Policy and Strategy Office.

For the first seven months this year, average headline inflation was 0.83% year-on-year and core inflation 0.26%.

"July's headline inflation slowdown was primarily attributed to government measures to reduce utility bills, tuition and education fees, as well as the declining price for some fresh food such as rice and fresh vegetables," said Mr Wichanun. "The slowing of price gains was consistent with related economic indicators that expanded at decelerated rates, including VAT revenue from imports, sales of commercial vehicles and motorcycles, and farmers' income."

He said the CPI for August is projected to rise at a gradual rate as the government measures reducing electricity and water bills are still in effect until the end of this month.

The price of energy is a significant factor in the calculation, but price fluctuation may happen following global economic uncertainty, said Mr Wichanun. Other goods and services are expected to have inconsistent price swings based on production and demand for consumption, while agricultural prices are projected to fluctuate given forecasts for severe weather, he said.

Covid-19 outbreaks could also limit economic activities, affecting overall purchasing power and consumption, which would cause the inflation rate to move within a limited range.

However, efficient vaccine procurement and distribution as well as the government's economic stimulus measures should encourage inflation to move within the Bank of Thailand's inflation target of 1-3%, said Mr Wichanun.