The $1.8 billion recall, among the Detroit auto maker's costliest ever, underscores the difficulty, expense of fixing defective electric-vehicle batteries

GM this month expanded its Bolt recall for the second time, calling back the roughly 142,000 models built since it went on sale five years ago. (Photo: Reuters)

Andrew Krupowicz was relieved last month to end the lease on his 2019 Chevrolet Bolt electric car, which had been recalled for the risk of a battery fire. He replaced it with a new, larger Bolt model that wasn't subject to the safety callback.

But two weeks later, General Motors Co. expanded its recall to include every Bolt it has built, including his own vehicle. The chartered accountant from Toronto is keeping the car but adding a networked fire alarm in case it catches fire.

GM this month expanded the Bolt safety recall for the second time, calling back the roughly 142,000 models built since it went on sale five years ago.

The safety action on its lone U.S. electric car will cost GM an estimated $1.8 billion, or around $12,700 per car, among its costliest recalls.

The safety problems underscore the risks for traditional auto makers as many take a sharp turn toward electric vehicles. 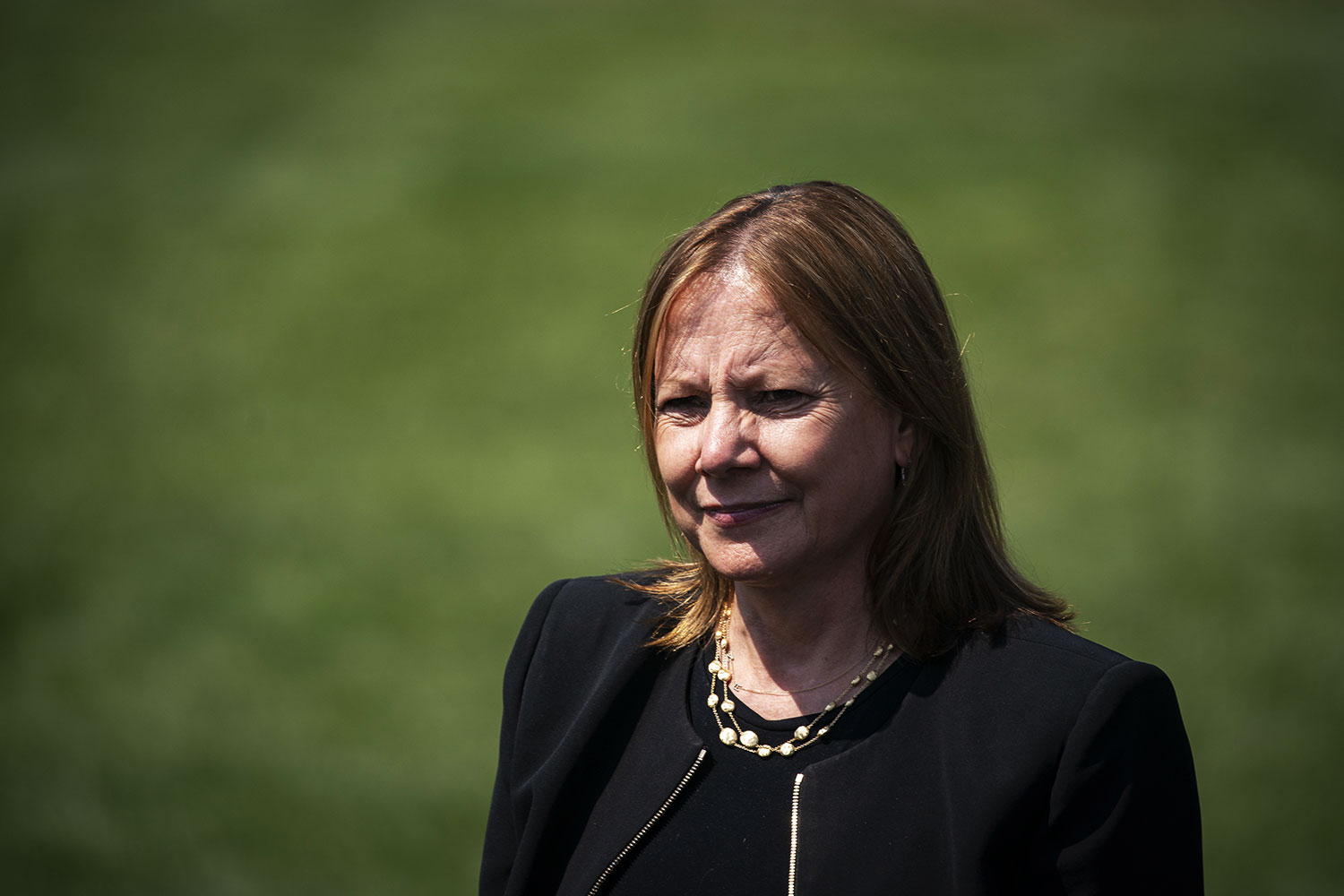 "The lessons learned from this entire experience are really going to benefit theindustry and the importance of the manufactoruring processes." -- Mary Barra, CEO of General Motors Co. (Photo: Bloomberg)

For GM, the recent troubles come as it tries to convince consumers and investors that it is ready to lead the car industry's transition to electrics.

While the cars have been recalled, GM and battery-cell supplier LG Energy Solution still don't have a fix.

GM has confirmed 10 fires linked to the problem and is aware of some complaints of smoke inhalation but no deaths. It is advising owners to avoid fully charging their cars and warning them to not charge them in their garages.

"I am experiencing problems sleeping at night, due to the fact that I have a potential fire risk sitting outside of my home," one Bolt owner wrote to the National Highway Traffic Safety Administration in a complaint published on the agency's website.

NHTSA has received dozens of complaints about the vehicle from Bolt owners since it warned them last month not to park or charge their cars indoors, its website shows.

A GM spokesman declined to comment on specific consumer complaints. He said hundreds of employees from GM and LG are working to solve the problem.

"We're not going to begin the recall repairs in vehicles until we're confident that LG is building defect-free products for us," the spokesman said. "We're working around the clock to get to that point."

The auto maker has said it is working with LG to reimburse costs associated with the recall.

The companies have formed a joint venture that is spending around $4.5 billion on two new U.S. battery factories to supply future GM electric cars. GM has said those batteries will use a different chemistry than the ones in the Bolt.

"The lessons learned from this entire experience are really going to benefit the industry and the importance of the manufacturing processes," GM chief executive Mary Barra told Bloomberg TV last week.

GM has cited a manufacturing flaw that can result in two defects in the same battery cell. Those defects can lead to a short circuit, which can cause a fire.

The cost of replacing a battery pack can range from around $5,000 for smaller, less-expensive cars to more than $30,000 for those used in high-performance models, said James Davies, chief executive of analytics company We Predict.

He said manufacturing defects in battery cells often lead to full replacement of the battery pack, because it can be difficult to pinpoint which cells are bad.

"If you get it right, electric vehicles last longer and cost less to own" than gas-powered cars, Mr. Davies said. "But if you get it wrong, there are going to be huge costs."

One of the first fires that drew regulators' attention occurred on St. Patrick's Day in 2019, when a Bolt owner in Belmont, Mass., plugged in to charge in the driveway. About an hour later, smoke began billowing from the vehicle's underside. It took firefighters three hours to extinguish the fire, according to a fire department report.

The company didn't recall newer models because those vehicles were built with different battery cells, made at an LG facility in Michigan, and GM believed the defect was confined to the older models with batteries from Korea.

But in July, GM got a report of a fire in a newer 2019 Bolt in Gilbert, Ariz., that hadn't been under the previous recall.

Analysts say battery-related fires are still rare, but incidents will likely multiply as more electric cars hit the road. Researchers have said fire risks in electric vehicles are comparable to those of gas-powered cars.

Hyundai Motors Co. early this year said it would spend about $900 million to recall roughly 80,000 electric SUVs after around a dozen fires, many of which occurred while the vehicle was parked at a full state of charge.

The Seoul-based company also cited a defect in the vehicles' LG-supplied batteries.

Hyundai said it is prioritizing safety as it looks to its electrified future.

Other industries have had to cope with fire risks as they integrated lithium-ion batteries, including consumer electronics and aerospace companies.

In 2016, battery fires in Samsung Electronics Co.'s Galaxy Note 7 smartphones triggered a recall that cost about $5 billion, including lost sales.

Still, he expects auto makers to progress with the technology as they have invested huge sums in it.