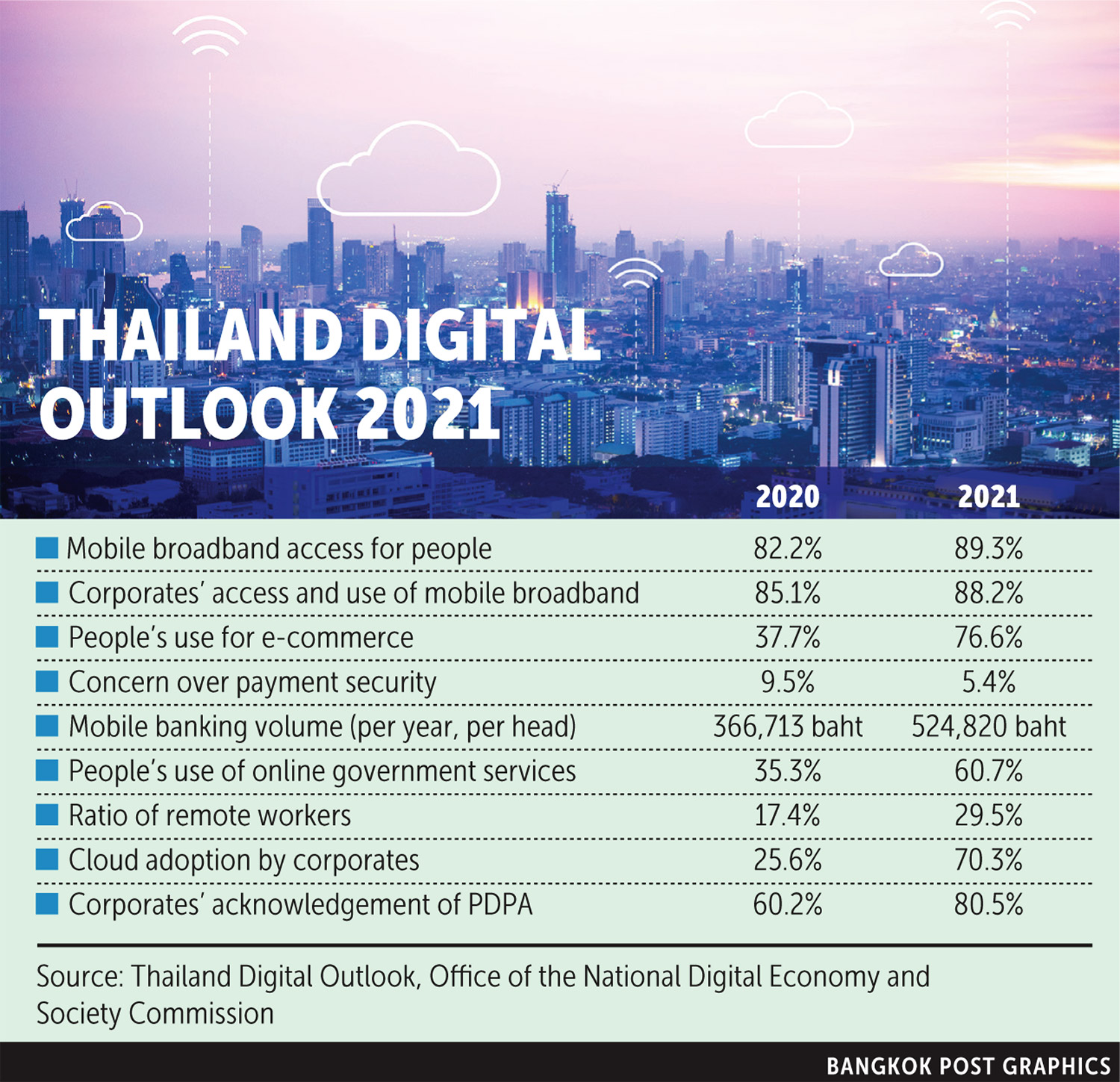 The concerns are spelled out in this year's survey from the "Thailand Digital Outlook" report -- the third consecutive year in which the commission has issued a report.

The report is used in the Organisation for Economic Co-operation and Development's annual global outlook. The data can be analysed to show the country's digital development and used to determine the country's policies to drive growth.

The 2021 survey was conducted from June to July, gauging 39,145 respondents from state agencies, private enterprises, as well as ordinary people located in 77 provinces.

Vunnaporn Devahastin, secretary-general of the ONDE, said the PDPA, which will be fully enforced from June 2022, is an important law. Full enforcement of the law has been postponed for a period of two years.

The survey shows only 43% of the people who took part were aware of the law although this is a crucial regulation that will influence the country's digital economy and society.

However, some 80.5% of the private companies surveyed said they were aware of the law. This figure was an improvement on the 60.2% recorded in last year's survey.

The PDPA mandates that data controllers and processors who use personal data must receive consent from data owners and use it only for expressed purposes.

"People's awareness should reach 50-60% as the act will be fully implemented in the next eight months," said Ms Vunnaporn.

Digital upskilling is needed among state agencies' officials as only 5% of them are IT officers, she said. Some 10% of the state officials surveyed said they underwent reskilling and upskilling in terms of digital literacy.

The survey says Thai people spend 6-10 hours per day on the internet.

More businesses were engaged in online channels, including agriculture with a 54.6% jump, food and beverage with a 27.4% rise and transport and logistics with a surge of 27.9%.

Regarding the adoption of work-from-home measures, the number of firms in IT and communications segments who adopted the steps surged 48%. A rise of 42% was recorded in the food and beverage segment.

Ms Vunnaporn said her office will unveil the full survey on Sept 20 and sign a memorandum of understanding with eight state agencies for data integration and analysis.