WeTV, a video streaming platform run by Chinese internet giant Tencent, expects its business growth in Thailand to treble by 2023, driven by a broad variety of content and exclusive offerings.

Each month Thai people engage with an average of 4.5 OTT apps and spend 129-149 baht on OTT viewership. WeTV offers a starting price of 59 baht for the first month and also has a free viewership model with advertising.

Before the pandemic, the peak time for viewership was from 6-10pm, but as more people now work from home, the time spent by many people on OTT apps has extended to 1am, she said.

Some 70% of Thai respondents said they were willing to pay for digital content, Ms Kanokporn noted.

WeTV, which has been operating for three years, now has 13 million daily active users, 25% of whom are paid subscribers. The number of users of its service surged 63% last year.

"We aim to increase the usage among young and male audiences by increasing the amount of e-sports content like ROV game," said Ms Kanokporn. 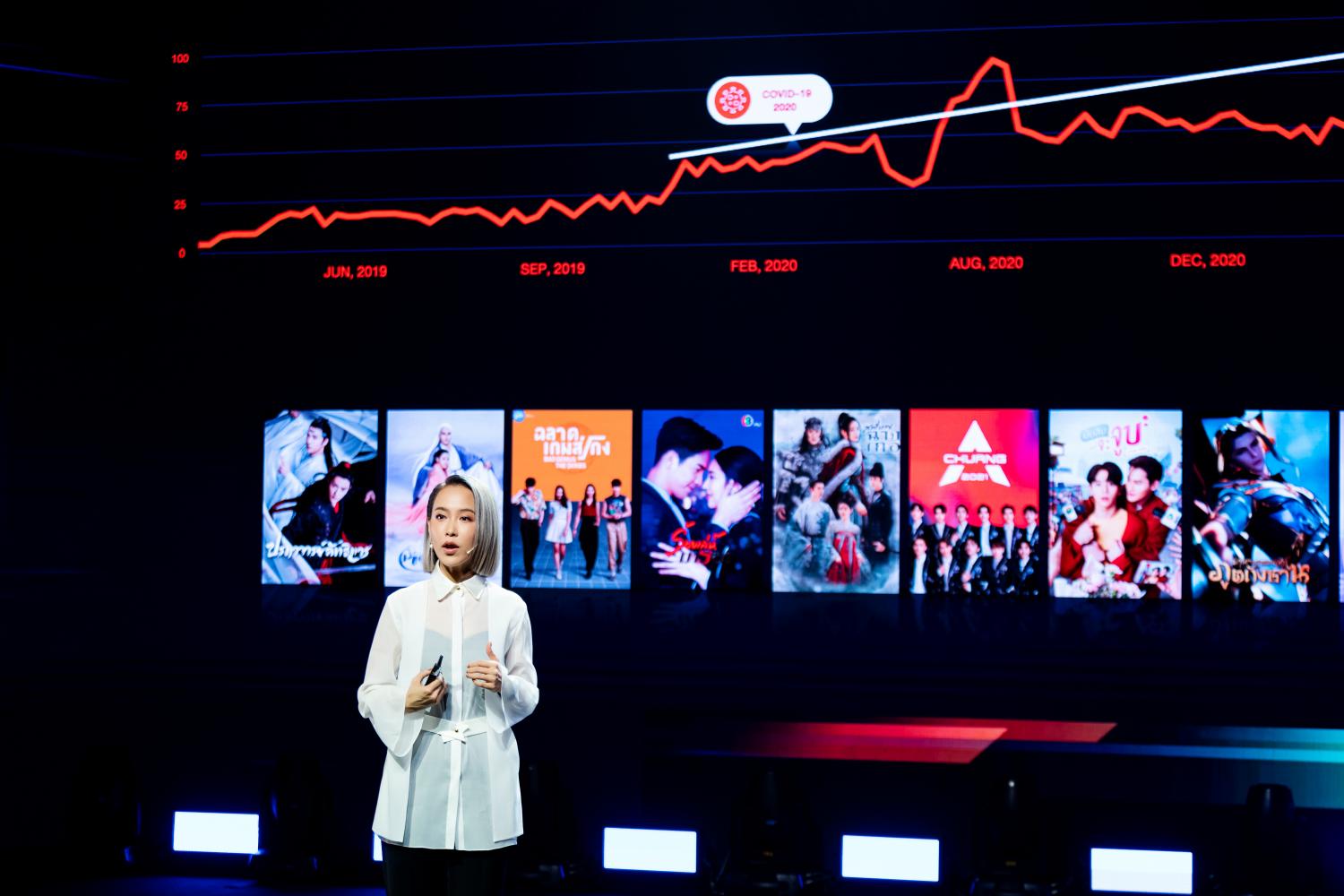 WeTV is at the top of the OTT market in terms of advertising video on demand and second in terms of subscriptions.

In 2021, 50% of WeTV content is from China and the rest from local productions and elsewhere.

In a bid to push up business growth by three times by 2023, WeTV will expand its content range to Korean and Japanese series, animation, Yaoi (boys' love) series, variety shows and e-sports, according to Ms Kanokporn.

Additionally, it will gear up to partner e-commerce and delivery platforms and build synergy with Tencent Thailand services, including Sanook, Joox, PUBG Mobile and WeComics, to expand viewership channels.

WeTV will boost user experiences by building new features for engagement. Its flying comment feature has grown in popularity with comments reaching 1.5 million per month.

Kaichen Li, head of WeTV and iFlix for Southeast Asia, said there are 180 million OTT users in Asean.

A study shows 57% of OTT users have spent more time on video streaming during the pandemic, he said. WeTV saw 45 million monthly active users globally from January to August this year with more than 25 million engaged in streaming per day.