Recap: US equity futures and European shares dropped and sovereign bond yields in Europe climbed as uncertainty around the fate of debt-plagued China Evergrande Group dented investor sentiment. Gold prices edged higher after a 1% drop in the previous session, spurred by a subdued dollar. 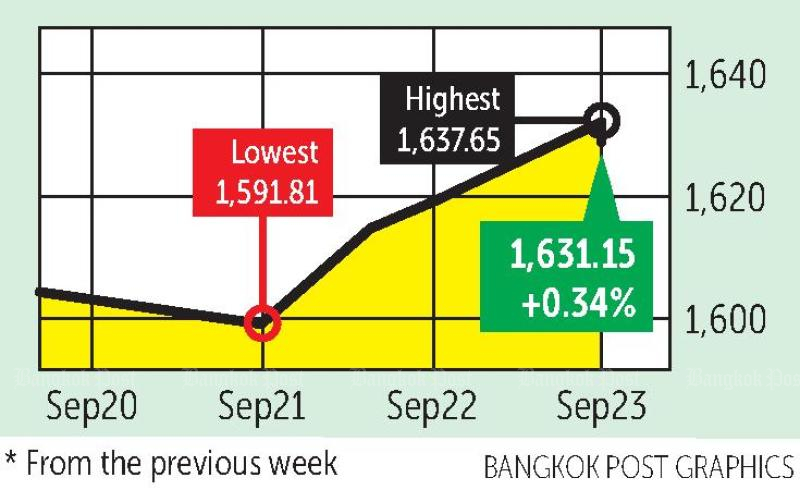 Newsmakers: A key interest payment deadline passed on Thursday without any word from China Evergrande, as global markets watched for signs of default. The embattled Chinese developer said on Wednesday it had made a deal with domestic bondholders to avoid default but gave no other details.

Stocks to watch: Maybank Kim Eng Securities says the expected ending of the emergency decree next week would be positive for banking stocks, notably KBANK with its large SMEs customer base and SCB, which has announced a joint venture with ADVANC to provide digital lending. Other large bank stocks with positive sentiment include BBL, BAY and KTB.