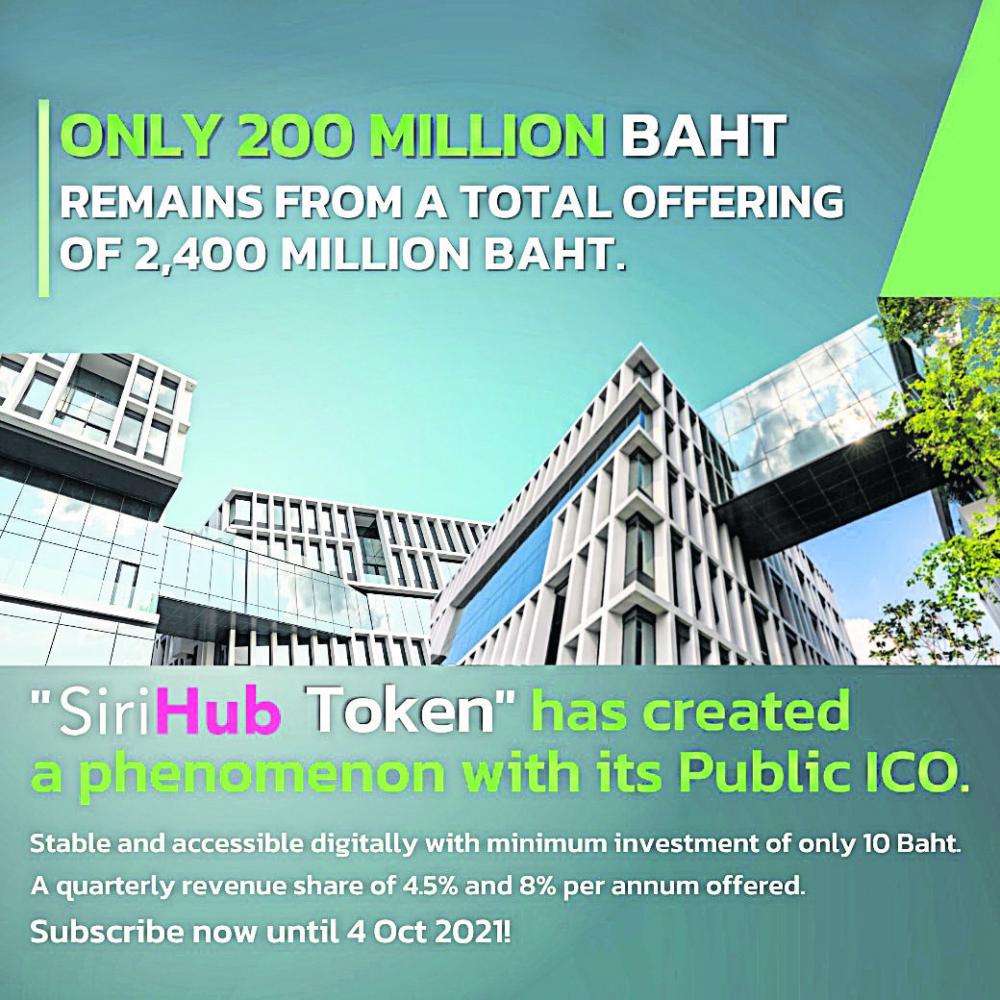 The debut of Siri Hub Investment Digital Tokens was warmly received by investors, with 90% of overall tokens subscribed within the first week.

The tokens, which are being offered via subscription from Sept 21 to Oct 4, are valued at 2.4 billion baht and priced at 10 baht each on XSpring's digital platform. Trade of this token type is supervised by the Securities and Exchange Commission (SEC).

"XSpring Digital is delighted to be the pioneer of investment token offerings in Thailand. We launched SIRIHUB before other competitors. As an SEC-approved ICO portal, this shows XSpring Digital is stable, transparent and abides by investor protection mechanisms," he said.

Holders of SIRIHUB-A receive a quarterly revenue share of 4.5%, while SIRIHUB-B holders receive a return of 8% per year.

Tranche A token holders are prioritised over tranche B holders in terms of redemption funds and voting rights, giving tranche A holders a higher chance of capital preservation.

"During the four years of the project, both tranches will receive the stated quarterly returns, all of which are a lot higher than the current fixed deposit interest rates at any banks," Mr Att said.

"After four years, when the project matures, Siri Campus Office Building, which is the project's underlying asset, will be put to auction. The net asset sale proceeds will be distributed to token holders".

Following the subscription, the asset-backed tokens will be allocated to investors as per the order of their payments, he said.

These investors are free to trade the tokens on the local digital exchange ERX.

ERX received approval from the Finance Ministry and has a licence to operate as a regulated digital asset exchange from the SEC.