Deputy Prime Minister and Energy Minister Supattanapong Punmeechaow explains how to rehabilitate the Thai economy at the Bangkok Post Forum 2021 'Resilient Thailand: Ways to Bounce Back'. Speakers from various organisations took part in the annual event.

Thailand's plan to attract 1 million quality tourists by the first quarter of next year is to serve as a key blueprint to drive the economic recovery after almost two years of being hit by the coronavirus pandemic.

Deputy Prime Minister and Energy Minister Supattanapong Punmeechaow said Thailand has learned from past lessons and now it will optimise the tourism sector by focusing on quality rather than quantity, which poses a threat to the environment and ecosystem.

"Instead of relying on 40 million tourists to generate 2 trillion baht in revenue, we will turn to focus on quality tourists who can spend more," Mr Supattanapong said. "This will be good for the country's environment and natural resources."

Speaking on Thursday at the Bangkok Post Forum 2021 under the theme of "Resilient Thailand: Ways to Bounce Back" to mark the Post's 75th anniversary this year, the deputy premier urged all parties to cooperate with the kingdom's reopening plans. 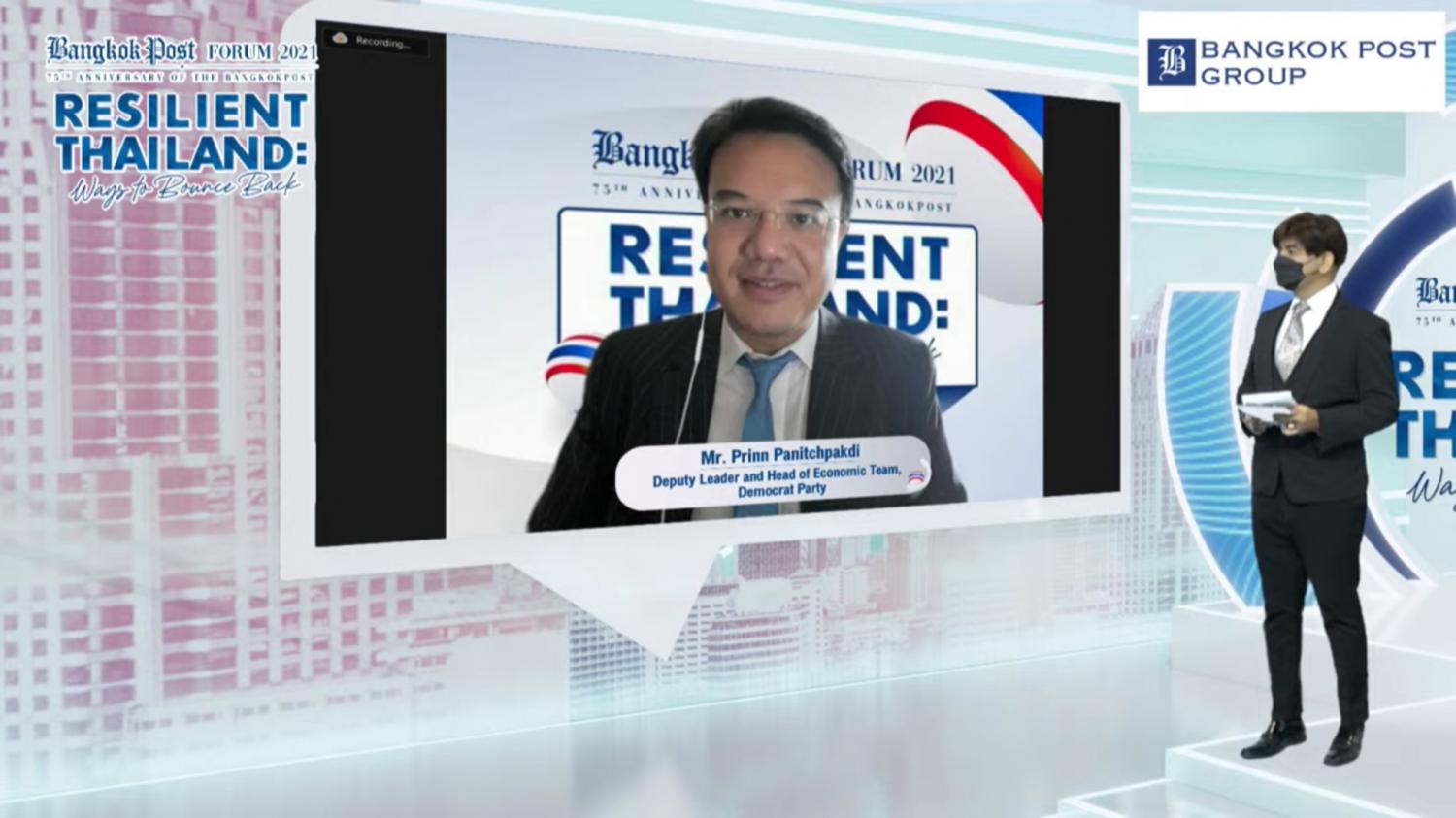 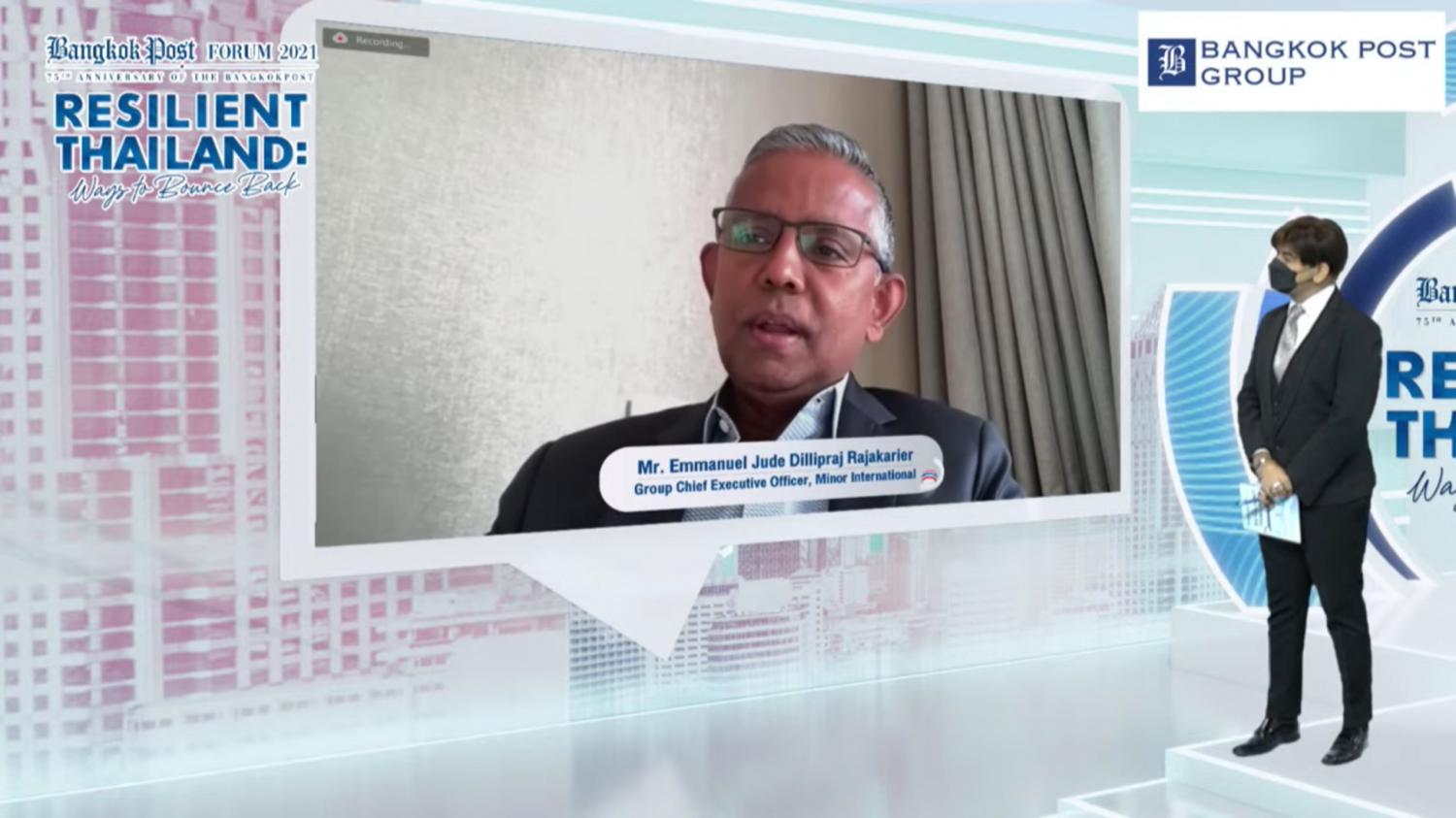 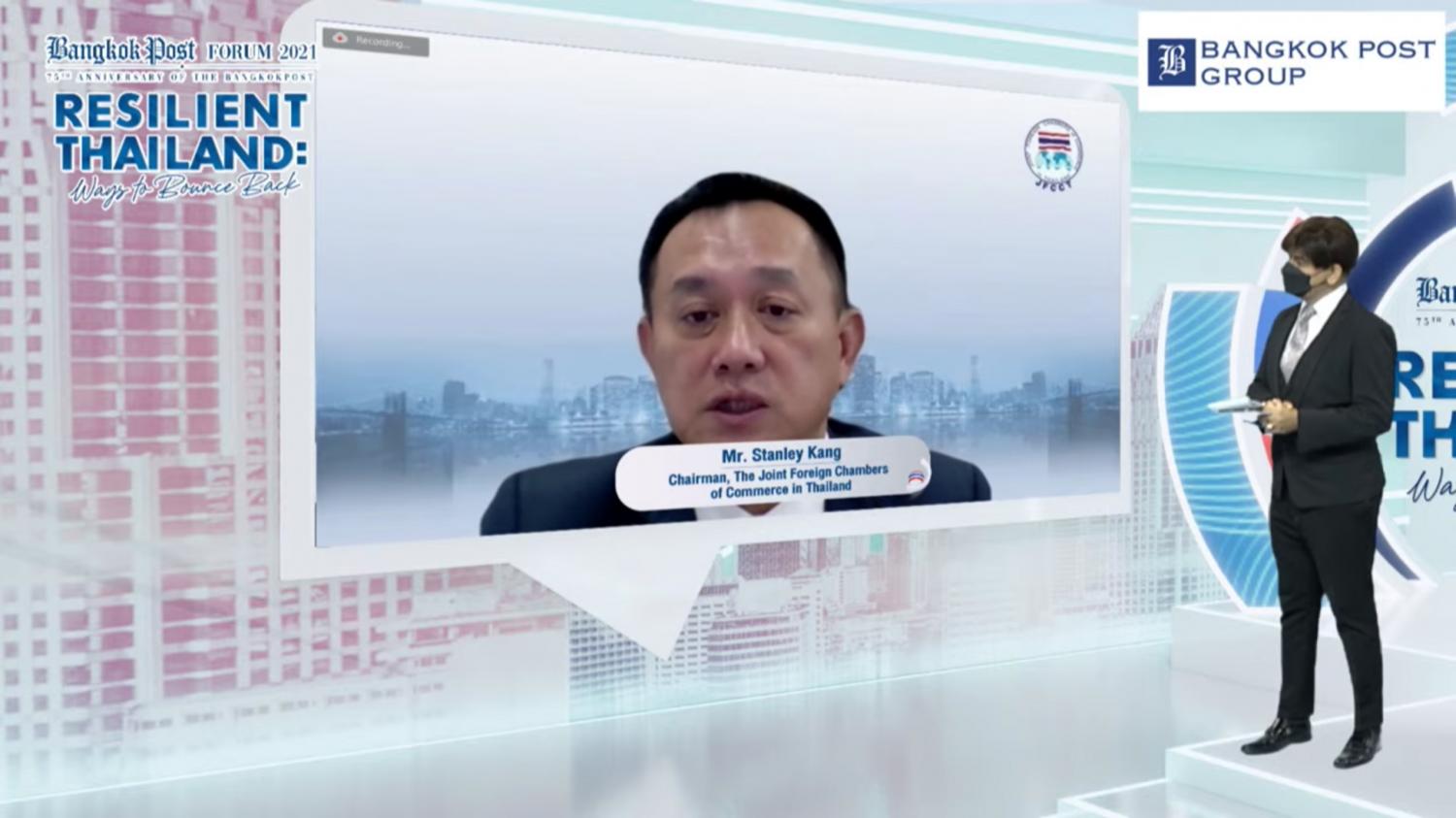 Stanley Kang, chairman of the Joint Foreign Chambers of Commerce in Thailand

"The reopening of the country will not depend on the government, but cooperation from all parties and people," he said.

The government has been planning to reopen Bangkok and several other tourist destination areas from next month onward.

Mr Supattanapong said the current threat to the economy is rising energy prices due to surging demand in the world. The government is attempting to manage the hike in energy prices.

"Rising energy costs is a new challenge and the government has been trying to reduce its impacts on people," he said.

He said that in the long term, the government is committed to a 30% reduction of energy consumption in all sectors by 2037, and all involved must work harder to achieve the goal.

Also, farmers will be encouraged to plant various crops and use the monocultural farming method to supplement their income and help with the absorption of carbon dioxide, the minister said. This will pave the way for Thailand to become a country able to comply with the global commitment to reduce temperatures below the 1.5° Celsius limit, he said.

Mr Supattanapong also mentioned the promotion of sustainable tourism by attracting wealthy foreigners and highly-skilled professionals from overseas to work and stay in Thailand.

The cabinet will come up with measures to promote the campaign, he said, noting that it aims to draw about 1 million of these foreign visitors to make up for the lack of tourist arrivals during the Covid-19 pandemic. 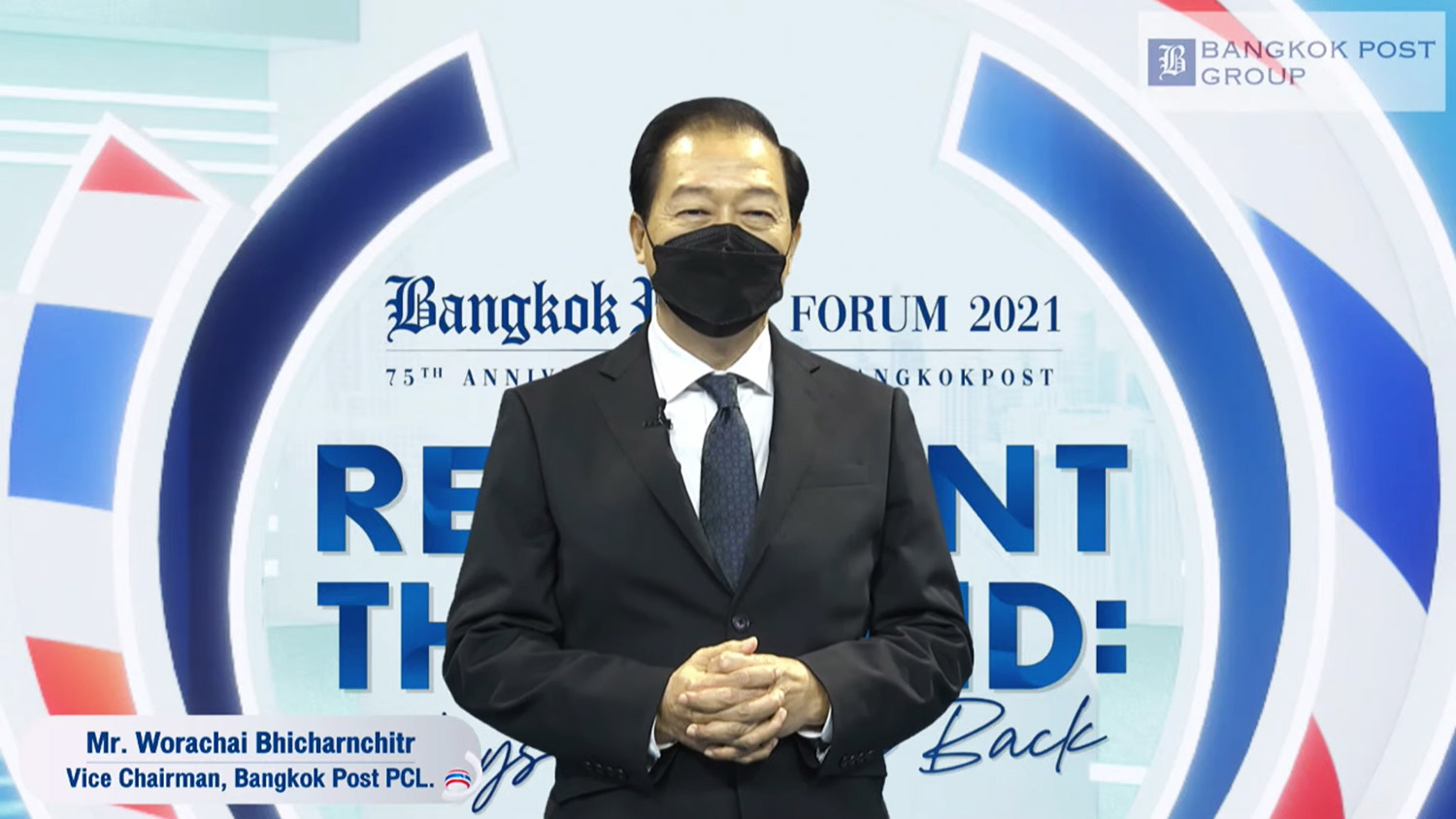 He added that the government has also laid solid foundations for telecommunications, public transport, electrical grid and mass transit systems by creating "an ecosystem" to attract foreign investment, particularly in the new S-curve industries, which produce medication, smart electronics and electric cars.

The food tourism industry is also one of the country's strengths, Mr Supattanapong said. "Some 165 projects have been carried out over the past seven years," he said.

"Some criticised the government for lots of borrowing," Mr Supattanapong added. "But we borrowed for these important infrastructure projects to attract investors, expand development to other parts of the country and connect to neighbouring countries."

The government is pushing for Thailand to become a hub that connects to other regions. These projects are expected to be gradually completed in the next few years. The Red Line electric rail system and the Bang Sue Grand Station are already finished.

Infrastructure projects, such as the double-track rail systems as well as the government's flagship Eastern Economic Corridor (EEC) scheme, are also getting underway in the provinces, Mr Supattanapong said.

The government's economic plan also includes measures to create opportunities, fairness to reduce social injustice, as well as solve household debts, he added, noting that the government will try to reduce interest rates to lower the financial burdens of households.

"Many said household debts account for 80-90% of GDP. But this is a result of a long accumulation of figures. GDP figures have now declined because of Covid-19. But we are looking at ways to ensure justice,'' he said.