The issuance of corporate bonds is expected to hit a trillion baht this year as companies try to avoid higher interest costs if rates rise next year, refinancing their debt to reserve liquidity with commercial banks for future emergencies as the market remains highly volatile, says the Thai Bond Market Association (TBMA). 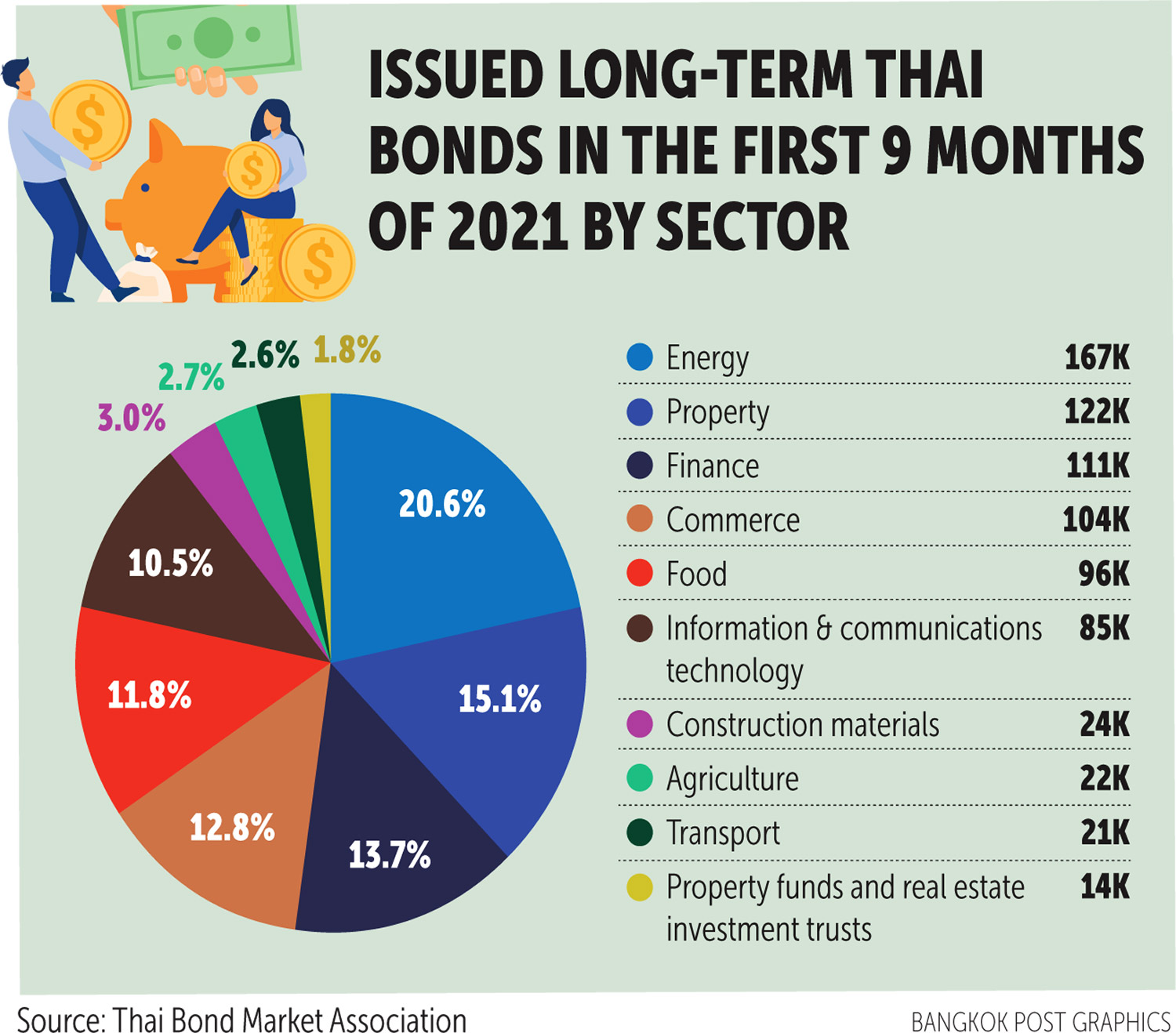 According to the TBMA, total corporate bond issuance stood at 818 billion baht at the end of the third quarter, up 54% compared with the same period last year.

The Thai bond market grew by 5% in the third quarter of this year, with a total outstanding value of 14.9 trillion baht, despite the Covid-19 outbreak.

TBMA deputy managing director Ariya Tiranaprakit said the Thai government 10-year bond yield rose 11 basis points from 1.78% at the end of the second quarter to 1.89% at the end of September.

The increase in the 10-year government bond yield was in the same direction as the US 10-year treasury yield, with the Federal Reserve's imminent tapering of its quantitative easing signalling a monetary policy tightening.

She said supply in the local bond market will also increase due to the Thai government's growing funding needs.

Ms Ariya said the Thai bond market has continued to record growth despite the Covid-19 outbreak.

The value of long-term corporate bonds issued in the first three quarters of this year increased 54% from the same period last year.

Foreign investors were net buyers of 37.6 billion baht worth of Thai bonds during the first two months of the third quarter, but sold a lot in September.

However, foreign investors remain net buyers of 66 billion baht worth of bonds year-to-date, raising the total foreign holdings at the end of the third quarter to 916 billion baht, or 6% of the outstanding value.

More than 90% of those bonds held by foreigners are long-term bonds with an average maturity of 9.4 years.

Ms Ariya said although Thai bond yields tended to increase in line with the direction of the global market, the decreasing risk compensation for Thai debentures' credit spread and high liquidity in the system did not increase the costs for bond issuing, causing the issuance of corporate debentures to continue to rise.

She said with this positive factor, this year's long-term bond issuance will hit the target of 900 billion baht faster than expected, and reach a trillion baht.