What a waste
Business

China's ban on waste imports has led to a booming waste trade in Southeast Asia, but at a high cost to the environment and health.

Plastic waste is a growing problem that has been exacerbated by a huge spike in the use of disposable packaging for deliveries during Covid lockdowns. Photo: Karnt Thassanaphak

Crates of paper, metal, plastic and unwanted rubbish from developed countries are piled up at ports in the Philippines, Indonesia and Vietnam, while vast toxic wastelands of imported plastics have emerged across Malaysia.

Southeast Asian countries have become new landfill sites for the management -- and mismanagement -- of waste from North America, Europe, Japan and South Korea ever since China imposed a total ban three years ago on trash imports from rich developed nations.

As foreign investment in waste management expands in the region, local communities have voiced their mounting concerns over toxic contamination and its impact on their health and the environment.

Plastic pollution has become a major threat to ecosystems in coastal areas and rivers in Indonesia, especially in East Java. One of the chief problems is that Indonesia has become a destination for a lot of mixed waste that cannot be properly recycled. Plastics illegally mixed into imports of recyclable waste paper are a prime example.

"We don't want to be a global dumpsite. Rich countries should take care of their own trash. They have technology and systems to better take care of waste management. Why send it to us?" she said during a recent Mekong-Asean Environmental Week event.

Indonesia has become a dumping ground for vast quantities of the world's unwanted plastic since China banned imports of foreign plastic waste. In 2018, imports of plastic waste to the Southeast Asian nation doubled over the previous year, to 320,000 tonnes. 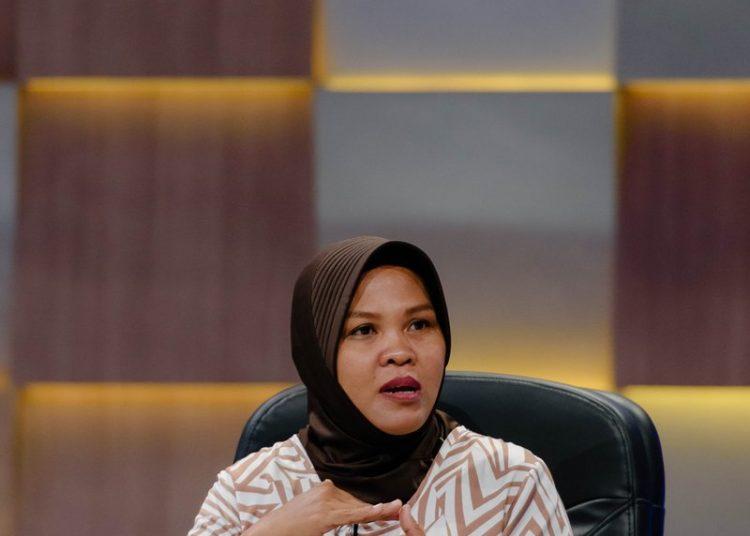 "We don't want to be a global dumpsite. Rich countries should take care of their own trash," says Daru Setyorini of Ecological Observation and Wetlands Conservation (Ecoton) in Indonesia. SUPPLIED

Imports of waste paper and related products are also on the rise, but many of these shipments contain plastics as well. The top six exporters of waste paper to Indonesia are Italy, the United States, Australia, Japan, the United Kingdom and the Netherlands.

Ms Setyorini showed a video of paper mills diverting plastic waste contaminants from paper bales to residents in Bangun, a village just southwest of Surabaya on East Java, where residents earn a living from waste management. The waste comes not only from neighbouring communities but from as far away as China, Europe and the United States.

Residents purchase the waste from paper recycling companies at 500,000 rupiah (US$35.70) per truckload. They then sort the recyclable waste based on the materials and sell it to distributors. Unrecyclable waste is sold to home-based food industries as fuel for cooking fires -- which produce toxic smoke -- at 200,000 rupiah for a mini-truckload.

According to a paper mill operator, prohibited materials can account for as much as 30% of the content of a mixed paper bale that has been imported legally. They include non-recyclable and dirty plastics such as flexible multilayer plastic waste, textiles, e-waste, foam and other products.

Local protests against plastic pollution have succeeded in getting authorities to take some action. The number of dumpsites containing imported plastic wastes has declined, but some old scrap piles remain and plastic burning still occurs. For example, metal wires from paper bale ties that entangled with plastic scraps are burned to get clean wires for sale.

Eggs from farms in the communities surveyed in East Java were found to contain dioxins exceeding the consumption levels that can cause cancer, disrupt hormonal activity and reproductive organs leading to miscarriage. In addition to pregnant women losing their babies, elderly people and children in Bangun suffered respiratory problems. "Health is given less priority compared to low incomes," she said.

Indonesia is a party to the Basel Convention, which controls the transboundary movement of hazardous waste and other waste, including plastic trash. Mixed and dirty plastics are prohibited for export from the US to countries that are parties to the Convention. Exports of mixed and dirty plastics from the EU to developing countries are illegal; notification and consent are needed for other situations. 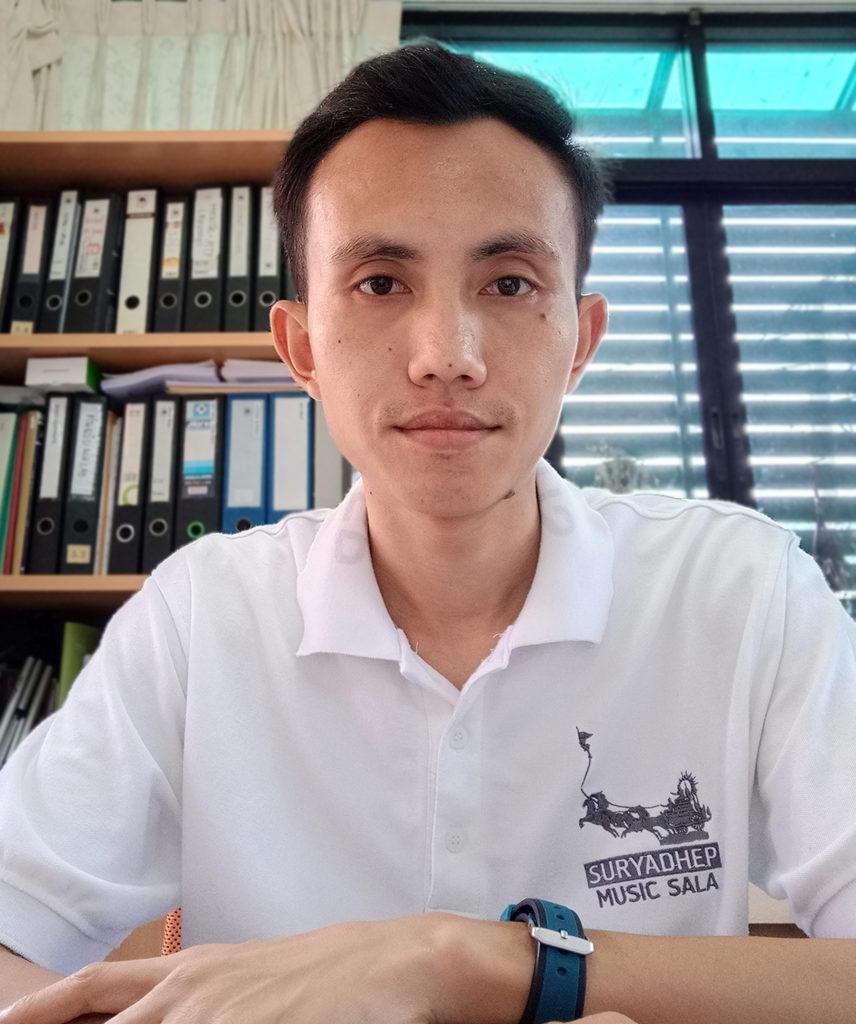 Malaysia has become one of the biggest players in the new waste management game, importing more than 750,000 tonnes of plastic waste including foreign municipal, household and solid waste from developed countries. The massive influx has led to a sharp rise in illegal recycling facilities as well as illegal dumpsites, causing land, water and air pollution that has affected several communities.

As an increasing number of recyclers move to Malaysia, more fires at plastic plants are being reported, with at least 10 fire incidents during the past two years, she said.

The local council tried to play down the issue of pollution when Ms Pua and her team spoke out about the hidden dark side of the global plastic waste industry. She and other community members posted video of the illegal recycling factories burning plastics on YouTube. So far, they have succeeded in having many of the illegal factories shut down. However, some still remain and the smuggling of plastic is still a big problem in the country.

"The problems plaguing the plastic recycling industry are not new to Malaysia, but have exposed weaknesses in enforcement and oversight mechanisms in Malaysia, which have enabled the prevalence of smuggling waste will exacerbate the climate crisis and further threaten peoples' health, particularly during the Covid-19 pandemic," she said. 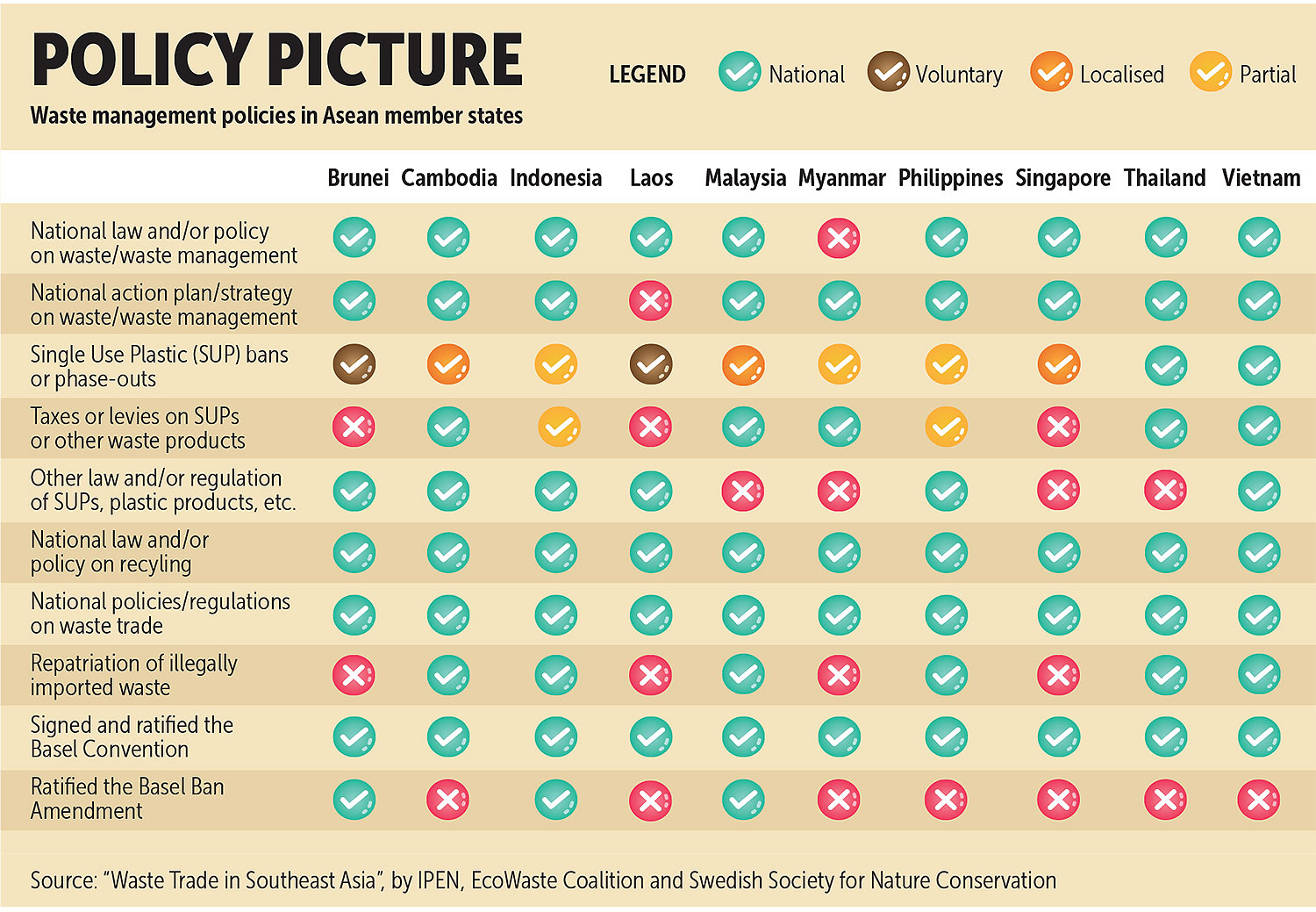 The consequences of China's total ban of waste imports to its territory have also led to an increase in recycling factories moving to Thailand. "Legal exemptions and postponement of the plastic waste ban allow foreign recycling factories to make a profit from cheap imported plastic waste at a great cost to Thailand's environment," said Akarapon Teebthaisong, a researcher with Ecological Alert and Recovery Thailand (EARTH).

Imports of waste, parings, scraps and plastics in Thailand increased from 75,344 tonnes in 2014 to 552,721 tonnes in 2018. Cumulative reported imports between 2014 and 2018 were 906,521 tonnes. Many shipments are contaminated and contain dirty electronic non-recyclable waste.

Recycling, legal and otherwise, is a big business in Chachoengsao, one of the four provinces selected as part of the Eastern Economic Corridor project aimed at developing a broad range of industries.

Communities in the province have protested against recycling, plastic and e-waste factories. They have to keep their windows sealed to escape the acrid smell caused by waste recycling factories nearby.

Masks became daily accessories for residents of Ban Klong Song Village long before the Covid-19 pandemic. They are necessary to guard against the harmful effects of smoke from e-waste recycling plants that melt down parts of old electric appliances to extract valuable metals like gold and silver.

Police and Industry Ministry officials who inspected plants near the village found that some were operating without proper permission. Their licences allow them only to separate unusable materials, not process them. Those factories were eventually shut down and the owners were charged with illegal smuggling of electronic waste.

However, there are still hundreds of electronic-waste recycling plants nationwide to be inspected to ensure factory operations are in line with laws and regulations.

"Actions from government agencies are not strong enough to withstand waste imports," said Mr Akarapon. "Many of the cases involve a lack of transparency in the licensing process and alleged corruption.

"Domestic recycling systems are overlooked. Eventually contaminated and low-quality, non-recyclable industrial waste has become a burden for the government to take care of. It doesn't make any sense. Why did we accept it in the first place?" 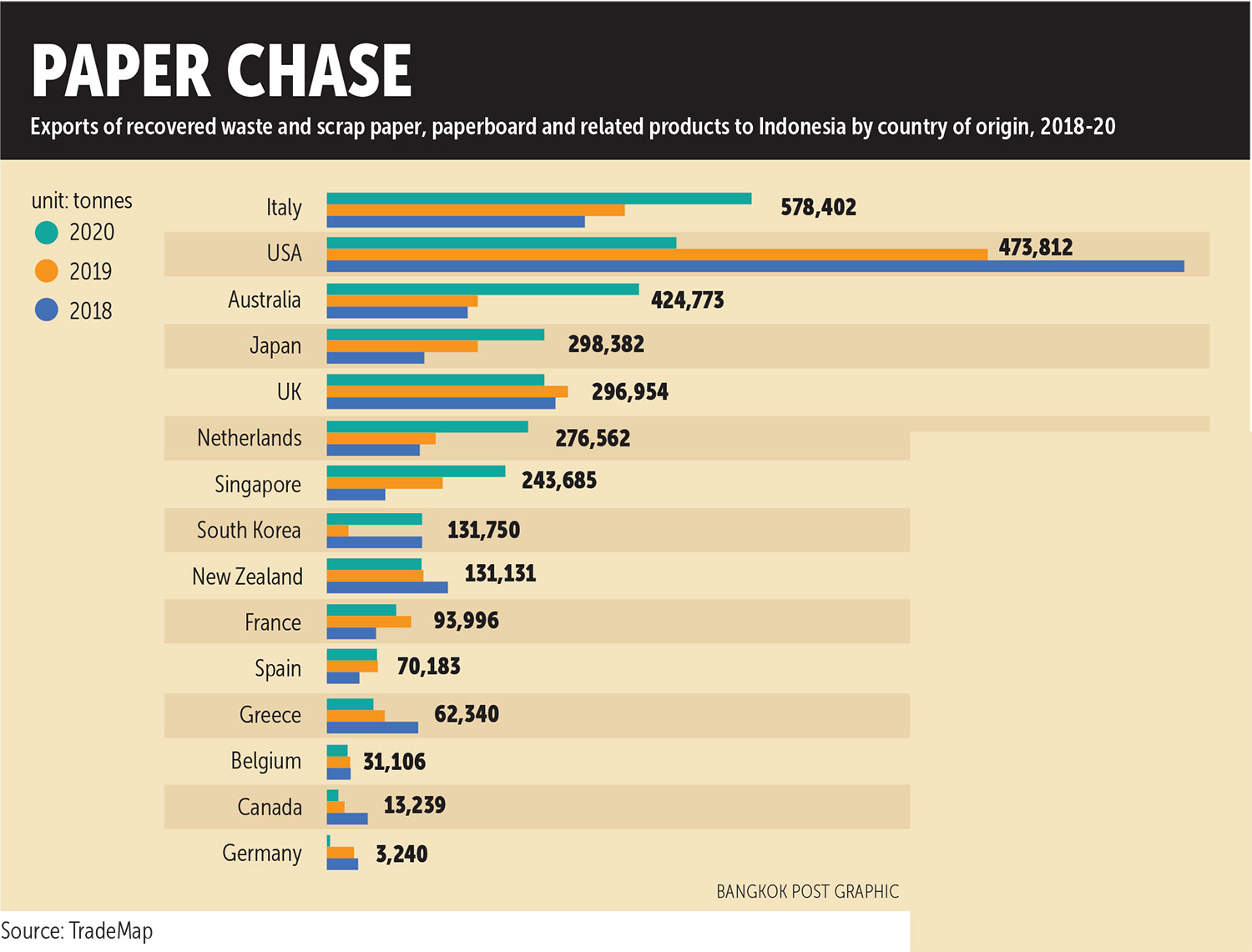 The three environmental activists called for policymakers to show more commitment to deal with mounting waste imports in the region. People affected by dumpsites of imported plastic waste should have access to specific health treatments for the diseases caused by waste management-related activities.

"Clean technology is needed to reduce the impact of contaminated, low-quality waste," said Ms Setyorini of Ecoton. "Fertile soil is what we have here at our home. But it is used as a dumpsite. We should support farmers to continue doing activities and support their healthier, better livelihoods."

Investors and local authorities, she added, should explore ways to create a model for proper recycling industries that can be replicated in other areas.

Authorities should be transparent and sincere in enabling communities affected by inappropriate waste management and pollution to get access to information as a basic human right, said Ms Pua from Malaysia.

Meanwhile, leaders of Asean member states need to declare a clear and concrete stand on the waste trade and enforce implementation of the Basel Convention. A regional mechanism on waste trade should also be put in place to conduct monitoring of waste shipments to ensure traceability and transparency, and to assess national laws and policies related to the waste trade.

"It is time for all countries in Southeast Asia to protect the environment and people's health. One such approach is the ratification of the Basel Ban Amendment," Mr Akarapon said.

The Basel Ban Amendment is an agreement by Basel Convention parties to prohibit member states of the Organisation for Economic Cooperation and Development (OECD), the European Union (EU) and Liechtenstein from exporting hazardous wastes as defined by the Convention to other countries.

"Waste management is a complex issue interlinked with our economic system, environment, health and society. Local communities should be aware of and learn how to protect their own homes," he said. 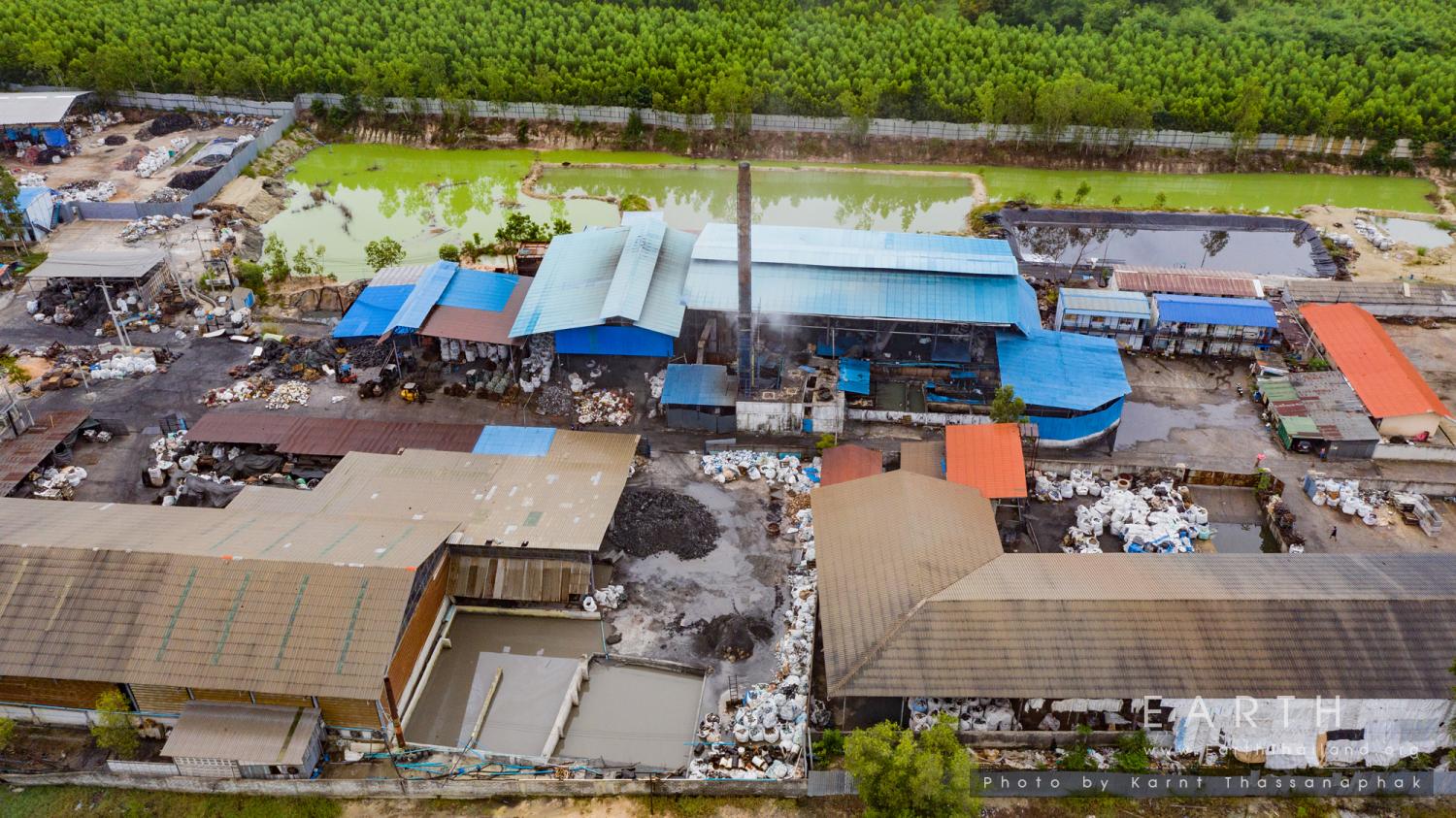 Plastic and e-waste factories have proliferated in Chachoengsao province, but police have closed some facilities after finding they were processing waste even though their licences only allowed them to separate it. Photos courtesy of Ecological Alert and Recovery Thailand (EARTH)

Imports of waste, parings, scraps and plastics in Thailand increased from 75,344 tonnes in 2014 to 552,721 tonnes in 2018, the year China banned waste imports. Seizures of illegally imported waste are also on the rise. Photo Courtesy of Ecological Alert and Recovery Thailand (EARTH) 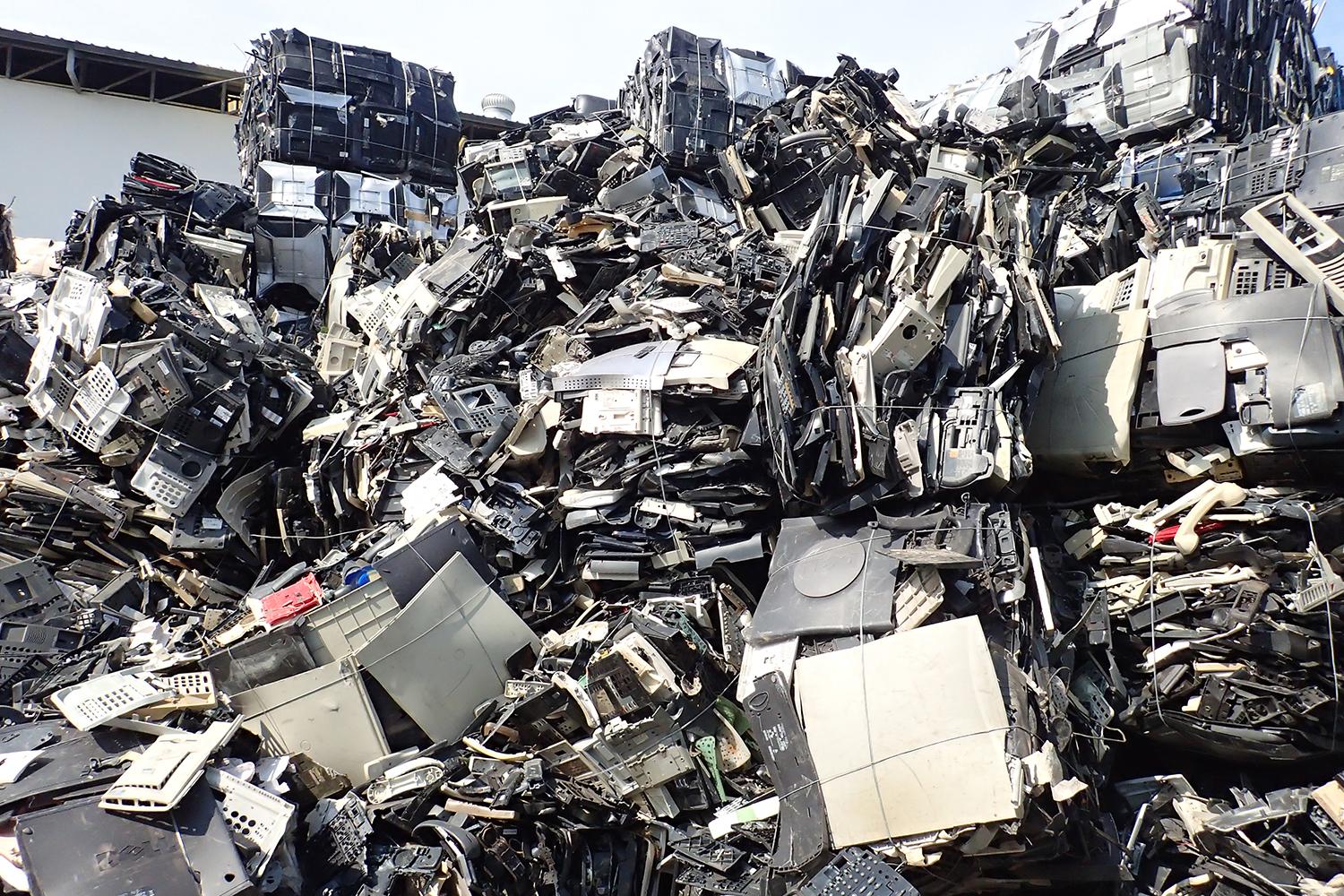 A lot of electronic waste is non-recyclable and contains toxic chemicals that eventually leak into the soil. Photo © Ecological Alert and Recovery Thailand

KYIV, Ukraine: Russian President Vladimir Putin accused Washington on Tuesday of drawing out the war in Ukraine, as explosions rocked a Russian military facility on the Kremlin-controlled peninsula of Crimea.