Among the global challenges brought up by the pandemic, startups that can survive and scale in this difficult time demonstrate their strong capacity for growth and resilience, which could serve as a promising opportunity for investment.

A myriad of potential startups across Asean remain untapped and could one day become the driver of the region’s economy and cater to its large population.

Innovation and technologies brought in by startups can be a powerful force to help big corporates thrive in the new digital world.

To draw potentially promising startups and open the door for investment opportunities, Finnoventure Fund I, Thailand’s first startup private equity trust fund established by Krungsri Finnovate (KFIN), could be that answer for corporates and major investors.

“We established Finnoventure Fund I as we are expecting the rise of a post-pandemic boom in new startups across Southeast Asia, driven by digital customers in the new-normal,” said Sam Tanskul, managing director of KFIN, a corporate venture capital (CVC) under Bank of Ayudhya (BAY). 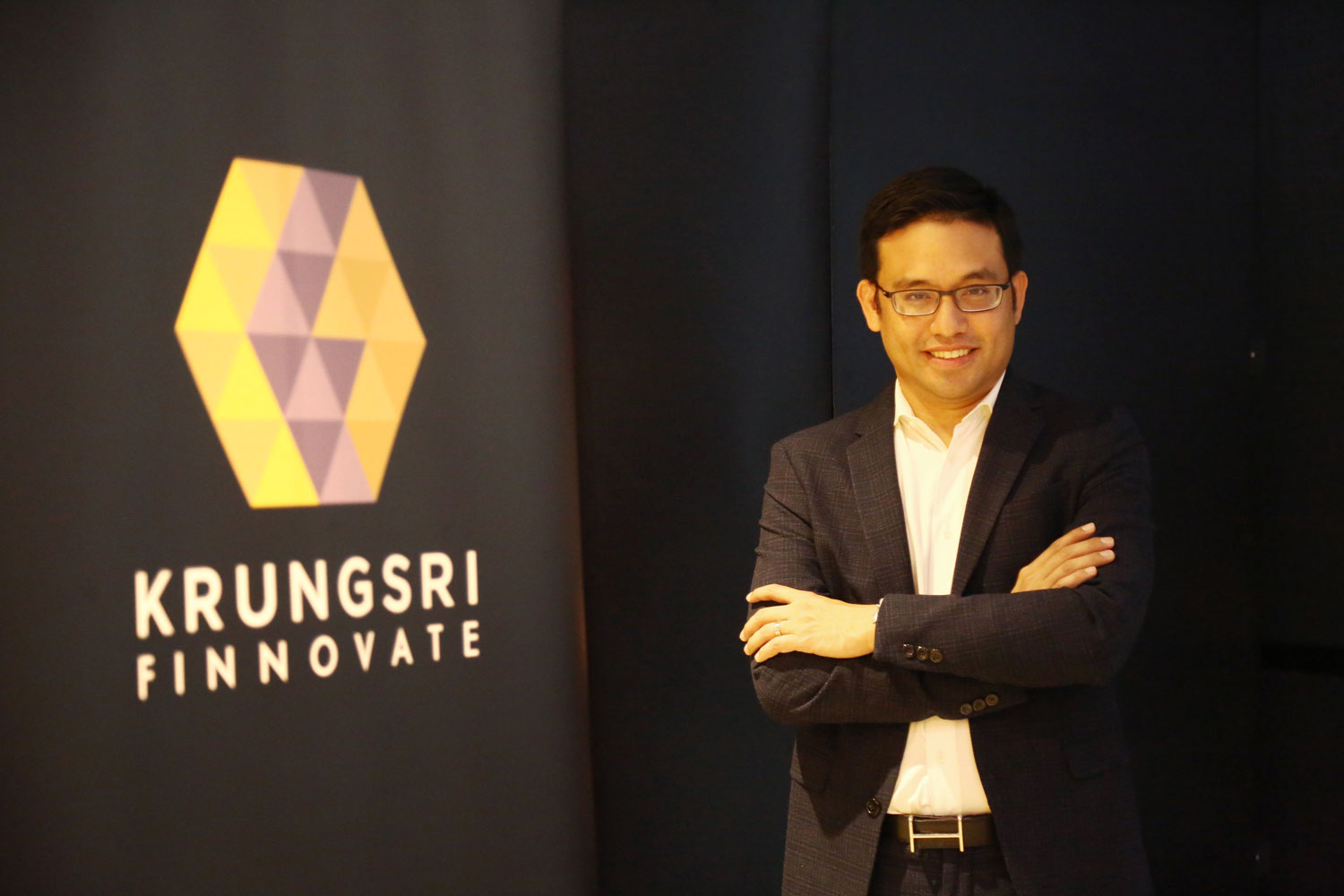 Finnoventure Fund I, of which KFIN is fund manager, is set at 3 billion baht with a three-year investment term. Showing its strong commitment to the fund, some 15% of the fund, or 500 million baht, will be invested by the fund manager. Fund managers normally only invest 1-2% themselves.

The fund targets both corporate and individual investors with ultra-high net worth income.

Discussion has been made with eight large corporates from different sectors who show their interest in the fund, Mr. Tanskul said. “We also have over 10 potential startups under target now.”

The fund will invest in startups engaged in three major sectors – fintech, e-commerce and automotive.

Fintech is on the rise, driven by cryptocurrency and decentralised finance while automotive technologies are gathering pace in line with the roll-out of electric vehicles (EVs) and self-driving vehicles.

Up to 70% of the fund’s total investment budget will be allocated to local startups and 30% for those in Asean with investment in Series A, B, C or later fundraising rounds.

The fund’s focus on funding from Series A onwards means the investment risk is minimal as startups from this level already have tangible products and services with market visibility.

The startups that can survive the pandemic can show proof that they are strong and ready to grow, according to Mr. Tanskul.

According to Mr. Tanskul, Asean tech is still underinvested despite the growth of the online population. In 2020, the region saw 40 million new online users, bringing a total to 400 million, accounting for 70% of the region’s population. The region has seen an increase in online usage, adoption, digital service trust and digitalisation among businesses.

According to Mr. Tanskul, Asean internet economy reached US$100 billion in gross merchandise value (GMV) in 2020 and is expected to surpass $300 billion by 2025.

“We believe Southeast Asia funding will grow 10 times in the next decade,” said Mr. Tanskul.

He said corporates, which invest in Finnoventure Fund I, will not only receive a return on investment but will also get the opportunity to access technology and innovation from startups the fund invests in.

‘We have a specific, experienced team that can fulfil the needs of corporates, which might lack their own investment team or a network of startups,” said Mr. Tanskul.

This year, KFIN engages in the KFIN 3.0 strategy, designed to make KFIN a self-sustainable business, via venture capital firms (VCs) that endorse tech ecosystems with significant value to the bank and its external investors. It also aims to raise funds from private equity firms and angel investors.

Last year, KFIN adopted the KFIN 2.0 strategy, paving the way for meaningful strategical investments that bring synergy-value to BAY. From 2017-2019, KFIN started with accelerator and incubation programmes for startups under the KFIN 1.0 strategy.

KFIN has helped BAY become the bank that works with the highest number of startups in Asean with more than 63 startups and 106 projects involved.

Over the past four years, KFIN has given financial support to 15 startups with a total investment of 1.5 billion baht, including Flash Express, which has received unicorn status. Two of them are anticipated to be listed on the Stock Exchange of Thailand within two years.

KFIN is the only Thai CVC that focuses on three strategic pillars for funding. They consist of an ecosystem, partnership and investment.

“For every investment in startups, KFIN can help their business in terms of financial support and customer base, which would strengthen the growth of both startups and KFIN,” said Mr. Tanskul.

For example, Flash Express will expand its reach to Laos and Cambodia through Mitsubishi UFJ Financial Group (MUFG), the major shareholder of BAY, while Builk One Group, a software developer, was well supported to expand its reach to the Philippines. 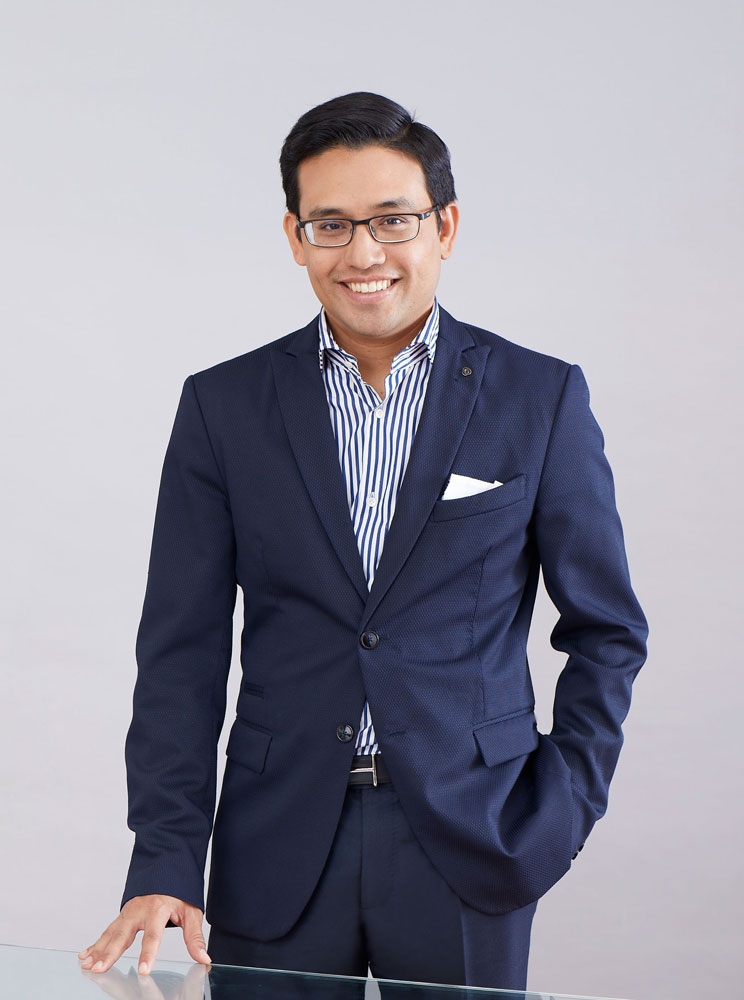 KFIN’s investment in tech firms tallied an average return of 20.8% per year with a promising future lying ahead, driven by the growth of potential startups, a move by startups towards initial public offering (IPO) as well as merger and acquisition.

“Startups at each stage can now have its exit strategy without a need to wait for a long term of eight years,” Mr. Tanskul said.

He said there has been a rise in special purpose acquisition companies (SPACs), which are formed to raise capital through an initial public offering (IPO) to acquire startup companies, but SPACs normally target startups at the growth stage.

According to Mr. Tanskul, Thailand needs to do more to create an investor-friendly atmosphere.

Serving as vice-president of Thai Venture Capital Association (TVCA), Mr. Tanskul said the association is working with the Digital Council of Thailand to call on the Revenue Department to scrap capital gain tax from VCs to make the country attractive to investors, on par with other neighbouring countries.

Another concern is the lack of technology developers, he said.

Thailand can follow the models used in Vietnam and China, which can attract talents for co-working and technology development, as well as find ways to bring potential talents to work in the country and speed up the time to market, Mr. Tanskul concluded.