Before the pandemic, Bangkok was undoubtedly a top global tourist destination, with an inexpensive cost of living and plenty of accommodation on offer.

The capital welcomed 66.9 million visitors in 2019, including 24.8 million foreigners, drawing in 1 trillion baht from them that year.

From 2020 to 2021, arrivals in the capital slumped because of the pandemic. The government employed harsh restrictions, including a nighttime curfew, a ban on dining in at restaurants and shuttering malls, parks, entertainment venues and tourist attractions.

Rules have eased since last month following a decline in new infections, and Bangkok is due to reopen to vaccinated foreign travellers from Nov 1, just in time for the festive season.

According to the Bangkok Metropolitan Administration, 70% of the capital's population is expected to be fully vaccinated by Oct 22, in line with its projected target. 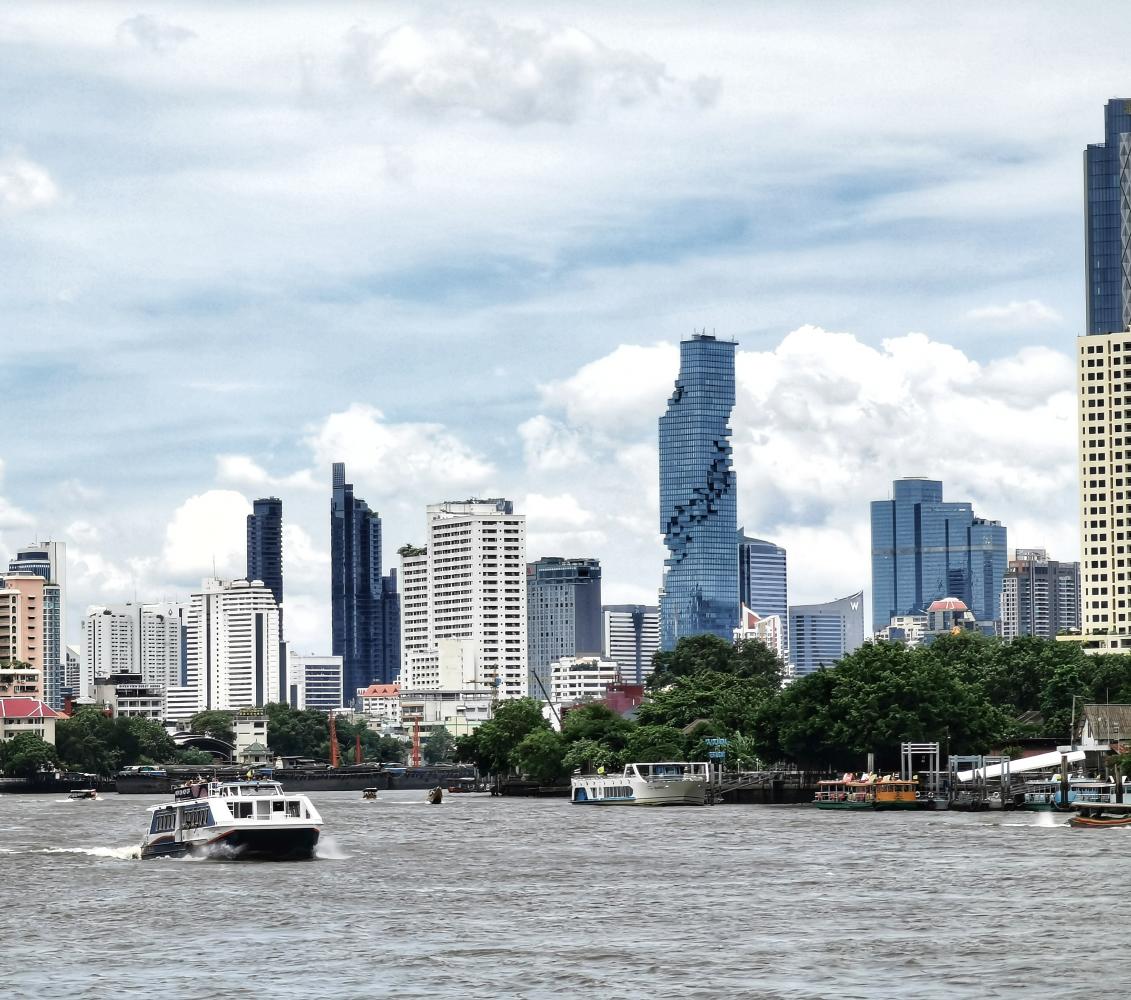 The Bangkok skyline as seen from the majestic Chao Phraya River. Pongpet Mekloy

Some 3,000 shops, restaurants, hotels, shopping malls and tourist destinations in the capital have received Amazing Thailand Safety and Health Administration certification for meeting the basic standards of hygiene and health safety for their products and services.

The city is also slated to have its first gubernatorial election in eight years.

In August, the Election Commission announced the 50 electoral districts for members of the Bangkok Metropolitan Council -- a body tasked with scrutinising the Bangkok governor and City Hall management -- signalling an election for governor would then follow.

As the capital prepares to welcome visitors again, a lot still needs to be done to burnish Bangkok's reputation.

Business players and organisations shared their views on where Bangkok should sharpen its focus and how a new governor could lead the capital to prosperity.

Marisa Sukosol Nunbhakdi, president of the Thai Hotels Association, said quarantine-free reopening without requiring a minimum stay will be the main factor for a recovery in Bangkok, but it must simplify travel journeys for tourists to attract greater demand.

The capital also needs more development to become a preferred destination for tourists in the post-pandemic era, she said.

The Klong Ong Ang canal restoration project in Phra Nakhon district has been held up as a development model for other canals and rivers in the city to improve its image, particularly the Chao Phraya River.

She said tourists are more concerned about safety and hygiene, which could push unlicensed hotels in Bangkok to register their properties under the Hotel Act to obtain an audit for health and safety standards, which would create fairer competition among hoteliers.

Eco-friendly hotels must be promoted as part of Bangkok's marketing campaign to meet growing expectations for sustainability, she said.

"The new Bangkok governor has to move tourism towards sustainability, mandating all involved in the supply side help protect tourists from being cheated while travelling here," said Mrs Marisa.

As tourism and hospitality is traditionally a large income contributor for the city, the new governor must engage with tourism and promote integration between operators and state agencies, she said. 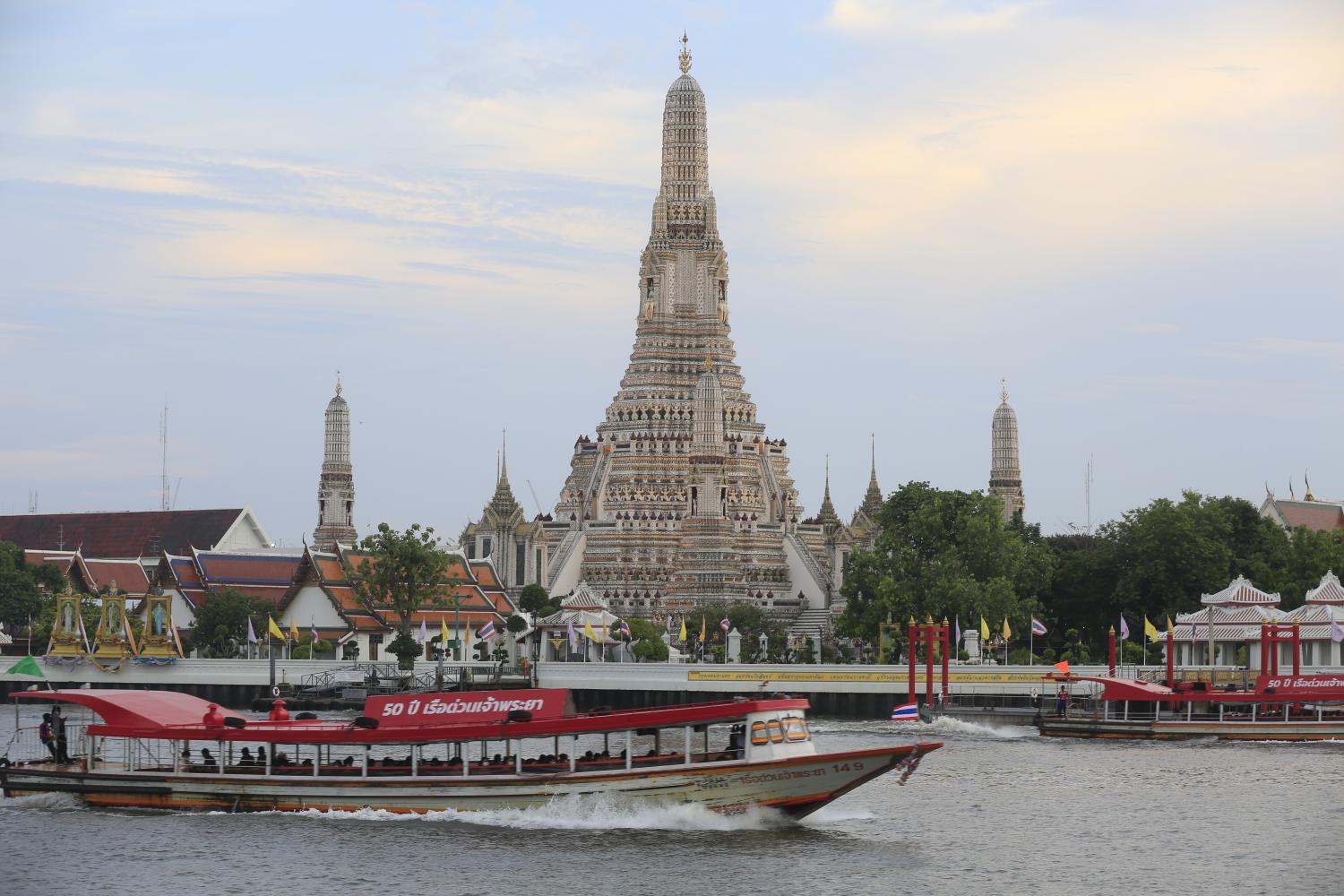 A boat cruises past Wat Arun or Temple of Dawn, one of the city's most famous temples on the west bank of the Chao Phraya River. Pornprom Satrabhaya

The Federation of Thai Industries (FTI) wants Bangkok to give itself a cleaner look in terms of economic health as it joins the government in welcoming back vaccinated foreign tourists. The capital, along with Chiang Mai, Pattaya, Hua Hin and Phetchaburi, is part of the plan to reopen the tourism industry on Nov 1.

The reopening comes as Bangkok is expected to hold a gubernatorial election near the end of this year. The FTI sees it as a new era for the 239-year-old city.

"Bangkok is Thailand," said FTI vice-chairman Kriengkrai Thiennukul, referring to the capital as the centre of the national economy.

"This election may determine the future of our development post-pandemic. We will wait and see how a new governor will direct the city after the reopening."

A quick economic restoration, driven by revenue from tourism and related industries, as well as increased business confidence following the easing of lockdown measures are goals both the state and private sectors want to achieve.

But the next governor of Bangkok must set more goals to address the city's chronic economic problems as well as follow the global trend of environmental protection, Mr Kriengkrai said.

While Bangkok is clearly the most developed city in Thailand, the disparity between rich and poor remains high, he said.

With a total population of more than 8 million, including 3 million non-registered residents and foreigners, plans to reduce the income gap are a major challenge for a new governor, who must work with the national government to jointly solve the problem, said Mr Kriengkrai.

The capital is plagued by a number of environmental problems, including wastewater, PM2.5 ultra-fine dust, and recently growing amounts of solid waste, including infected garbage such as discarded face masks, he said.

Having a concrete plan to tackle these problems would mean the new governor could draw even more foreign tourists to the city, said Mr Kriengkrai. 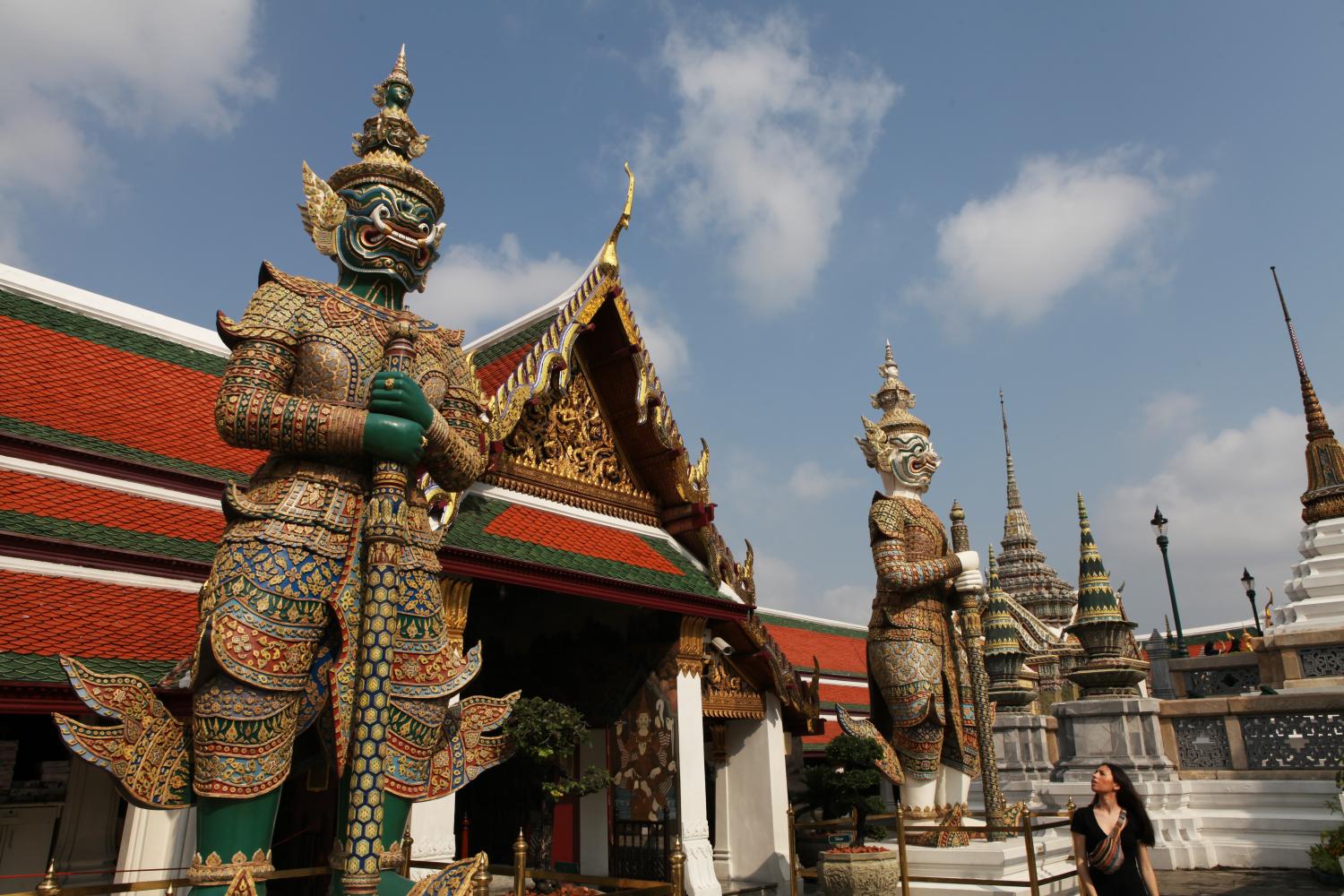 Upathum Nisitsukcharoen, president of the Business of Creative and Event Management Association, said the new Bangkok governor should be from a new generation, have new and creative ideas, be agile in his or her management, and be able to work with other organisations.

"We want the new Bangkok governor to focus more on effective waste management and waste separation. This effort will make Bangkok a better neighbourhood," Mr Upathum said, adding previous governors have not shared this attitude.

"The new governor has to dare to force people living in Bangkok to deal with garbage and waste more effectively. If the new governor makes this happen, Bangkok's landscape will totally change."

He said the new governor needs to be strong enough to force residents to separate waste.

Somchai Lertsutiwong, chief executive of Advanced Info Service, the country's largest mobile operator by subscriber base, said all parties have to learn to live with Covid-19.

People need to practice caution in their life when Bangkok reopens on Nov 1, he said.

"We cannot wait until the pandemic is gone before resuming social activities, daily life and business, but people should be aware of the risk and employ protection," said Mr Somchai.

He said responsible agencies must scale up daily vaccination capacity to protect the population, including importing more kinds of vaccines. Effective diagnosis and classification of patients according to the severity of their health conditions must continue.

After reopening, proper measures must be in place for social and business activities to ensure people's safety and support the path towards social and economic recovery, said Mr Somchai.

He said the government also needs to guard against the smuggling of people into the country, which could risk new infections.

Mr Somchai also called on the government to reallocate budgets from projects to more important tasks associated with pandemic prevention.

"The state has been dealing with the pandemic crisis for more than a year. It should have related data that could be used to assist affected businesses and those in need," he said.

Mr Somchai said the current number of daily infections is much better than 1-2 months ago. The state and private sector must follow through on Covid-19 preventive measures for effective crisis management and prevention, he said. 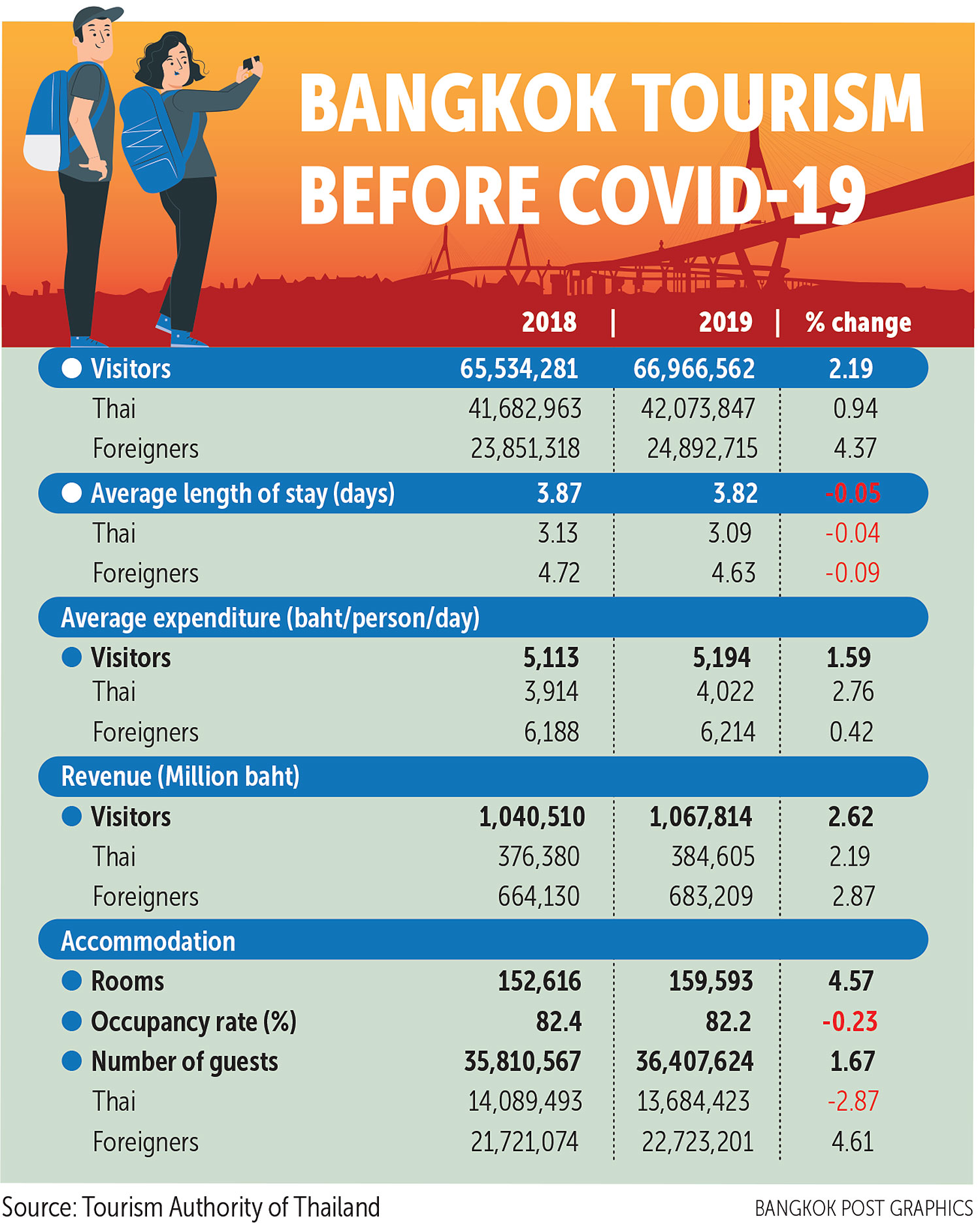 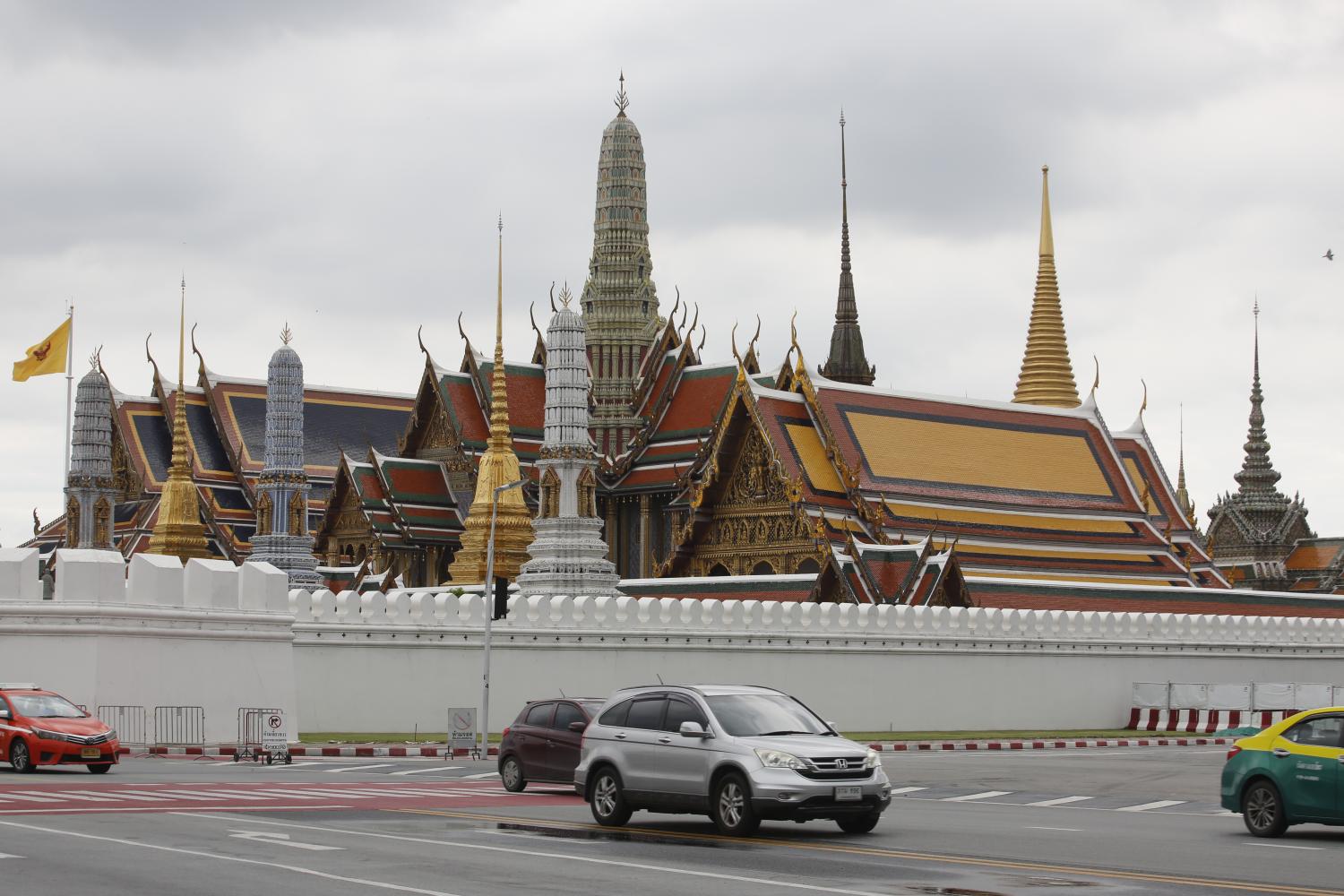