Following the easing of Covid-19 restrictions on Sept 1, the tourism sector in Chiang Mai is eager to observe positive signals as more activities resume.

The reopening plan for international arrivals also improved the outlook for the upcoming high season.

As domestic flights start to resume, visitors are required to be fully vaccinated or must show a negative test result before boarding, registering with the "Chiang Mai Chana" app for mandatory screening upon arrival.

However, the city remains mostly deserted at present as shops and restaurants, particularly in the old town and Nimmanhaemin Road, which used to welcome a huge volume of visitors prior to the pandemic, are closed.

A waitress who requested anonymity works at a cafe selling doughnuts in the city's Mueang district. She said without foreign visitors, who normally account for about 70% of the outlet's income, the cafe may only be able to stay open until the end of this year.

The local market is insufficient to sustain the business, as it generates less than 3,000 baht in income per day, said the waitress.

However, the cafe managed to generate 10,000 baht per day once it began offering a free delivery promotion.

She said Thais prefer to visit the province's outskirts rather than the city centre, which still has some clusters of Covid-19 infections. The city is not expecting a significant volume of visitors in the absence of Chinese tourists, said the waitress.

Pitsanu Khongsai, a local van driver, said the outbreak during the Songkran festival forced drivers to find new jobs in the agricultural sector.

Travel sentiment has gradually been improving since airlines began increasing the frequency of flights, but the high season this year will be quieter as confidence in travel has yet to fully resume, he said.

The reopening programme dubbed "Charming Chiang Mai" has helped to ignite some hope for businesses such as hotels, guesthouses and massage parlours, which want to resume operations following a long hibernation, said Darin Mekmomnt, a tour guide based in Chiang Mai. 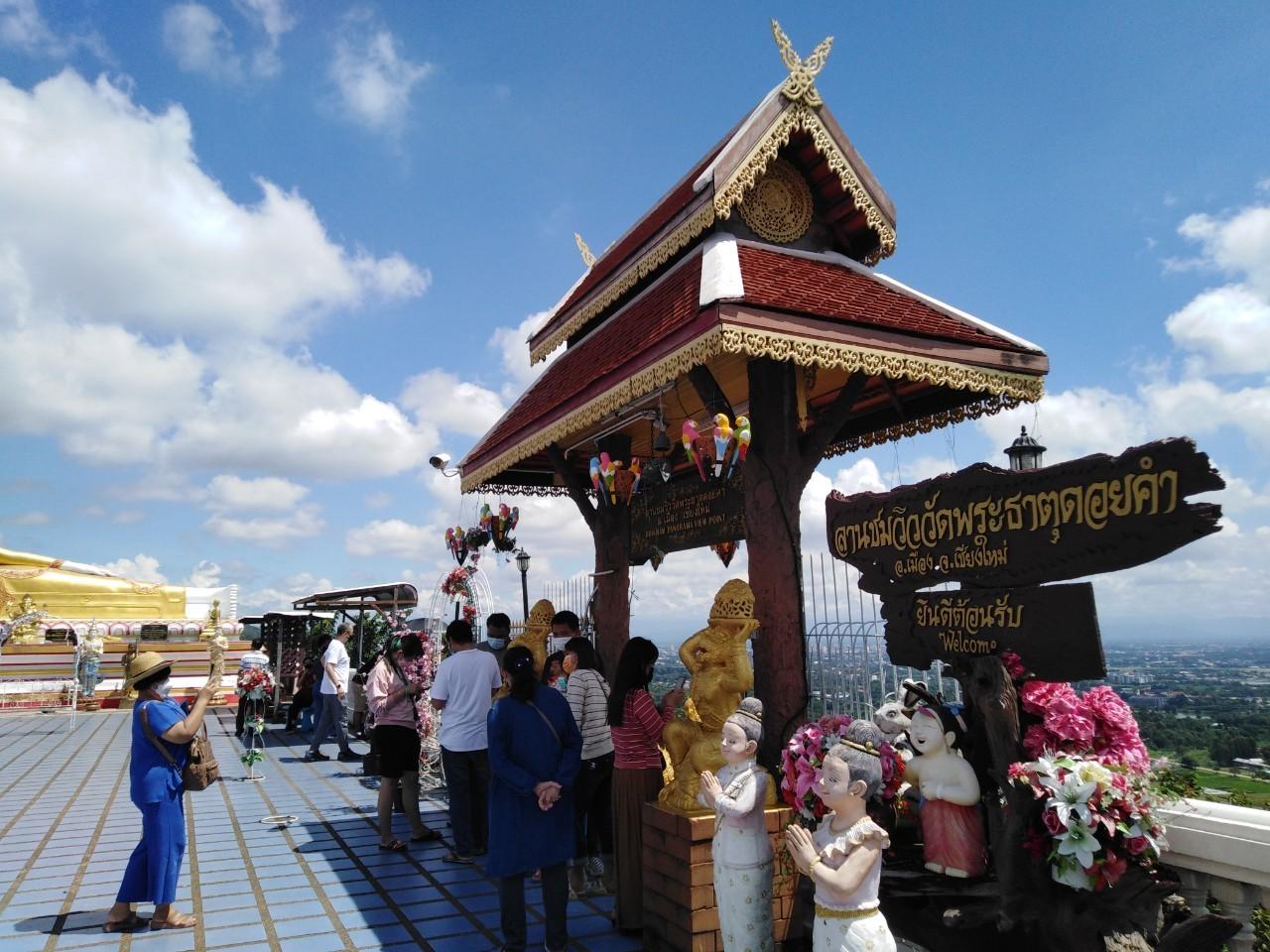 She said some locals might be concerned about possible risks in welcoming foreign tourists, but with such a tourism-dependent economy, the province cannot stay closed until the virus is completely eradicated.

Requiring vaccination and safety measures should help to keep both locals and tourists at ease, said Ms Darin.

"We would like Chiang Mai to reopen, even though the province may not immediately see an influx of tourists," she said.

Tour guide is one career that has mostly been wiped out by the outbreak, with many turning to other jobs to survive, said Ms Darin. However, tour guides are now preparing to return to their original vocation having received two jabs and being trained on pandemic protocols.

Naphat Nutsati, general manager at Raya Heritage in Mae Rim district, said the hotel was hit hard by the recent wave of Covid-19, which forced it to shutter from May until June. The hotel received some tourists from nearby provinces such as Chiang Rai, Nan and Lampang during the early stages of reopening, she said.

The tourism stimulus campaign starting this month should increase the occupancy rate to 50% for the remainder of the year, said Ms Naphat.

"If vaccine administration in Chiang Mai could proceed faster, the province would have an opportunity to receive international travellers sooner. We reaped a windfall from the Phuket sandbox as some Asian guests chose Chiang Mai as their next destination," she said.

The province has to present diverse tourism products and booking flexibility to facilitate their journeys, said Ms Naphat.

La-Iad Bungsrithong, president of the Thai Hotels Association's northern chapter, said hotels that reopen will remain at 30% capacity, accounting for 60,000 rooms, with some of them potentially closed until December.

During the outbreak, 70% of tourism workers in the province lost their jobs as most hotels laid off at least 50-60% of their employees, said Ms La-Iad. If hotels can reach 35% occupancy, hoteliers would consider hiring more staff, she said.

A shortage of skilled workers is the next challenge once the industry revives from its worst crisis, as many workers have settled in at new jobs outside the hospitality sector.

"The domestic market will continue to play a vital role the rest of this year until the second quarter next year," said Ms La-Iad.

Punlop Saejew, president of the Tourism Council of Chiang Mai, said tourist groups, including golfers from South Korea, are not required to undergo quarantine when they return home. They are on waiting lists to visit Chiang Mai, but travel agents want to wait until concrete details emerge regarding the reopening.

Chiang Mai wants to strengthen the domestic market, which is expected to contribute around 70% of tourism receipts to support the upcoming winter season, said Mr Punlop. He said the province will promote "Unseen Thailand" experiences such as Doi Tao, considered "the Mongolia of Thailand" because of its abundant nature, suitable for camping and outdoor adventure.