'What about us?' Budget businesses fear premium tourist focus
Business

'What about us?' Budget businesses fear premium tourist focus

CHIANG MAI: The old city in Chiang Mai is a warren of alleys with ancient Buddhist temples sitting cheek by jowl with guesthouses and luxury hotels, bars and restaurants, and other businesses catering to the millions of tourists who typically flock there.

Now, scores of these businesses are shut, and bars mostly silent amid a ban on alcohol sales to curb the spread of coronavirus in the Southeast Asian nation that has been largely closed to foreign tourists since March 2020.

Starting Nov 1, Thailand will waive quarantine for fully-vaccinated visitors from 10 low-risk countries and gradually more, in a bid to revive its battered economy - but with a focus on premium tourists who authorities say will be more beneficial.

"Instead of relying on 40 million tourists to generate 2 trillion baht in revenue, we will turn to focus on quality tourists who can spend more," said Deputy Prime Minister and Energy Minister Supattanapong Punmeechaow.

"This will be good for the country's environment and natural resources," he said at a press conference, adding that the nation hoped to draw about 1 million of these visitors before April, without specifying how, or who is a quality tourist.

After a record 40 million foreign visitors in 2019 whose spending made up 11.4% of its gross domestic product, Thailand lost about $50 billion in tourism revenue last year - an 82% plunge - and expects only about 100,000 tourists this year.

But as the country prepares to open in time for the tourist high season from November to March, budget hotels and other businesses reliant on backpackers and those travelling cheap fear being left out with the new focus on premium tourists. 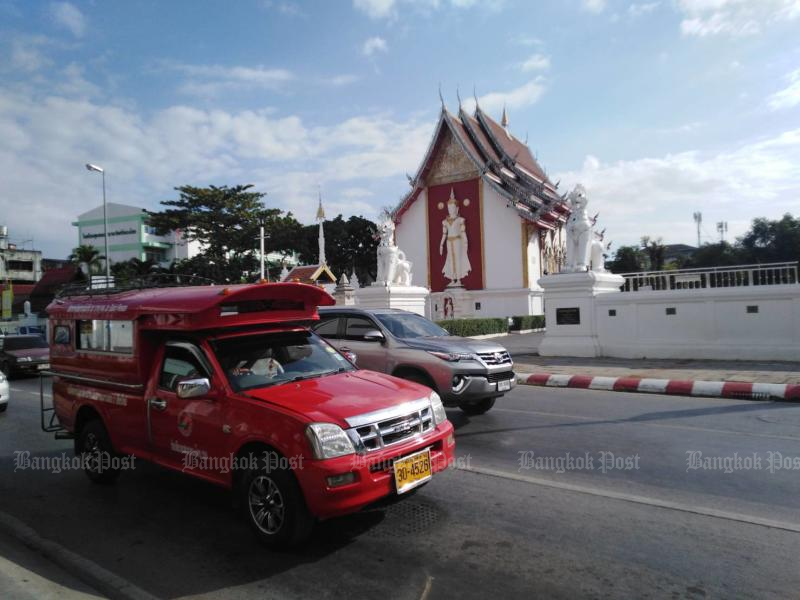 "Chiang Mai has always got all types of tourists, so to focus on just high-spending tourists is not right - what about us, the businesses who cater to others," said Rachana, a manager at a mid-priced guesthouse in the old city who goes by one name.

"All businesses should have the same opportunities when we reopen," she told the Thomson Reuters Foundation.

The coronavirus pandemic grounded flights and shuttered businesses worldwide, and has pushed authorities from Amsterdam to Bali to pledge a more sustainable model that is less reliant on mass tourism that has damaged the environment and angered local residents priced out of homes.

In Bali, which reopened last week to visitors from about 20 countries with a five-day quarantine, authorities will be more selective, said Luhut Pandjaitan, coordinating minister for maritime affairs and investment, who is overseeing the reopening.

"We will filter tourists," he told reporters. "We don't want backpackers to come so that Bali remains clean, where the people who come are of quality."

The island, famed for its sandy beaches and striking Hindu temples, received more than 6 million visitors in 2019 and relies on tourism for more than half its revenue.

But there has been a growing backlash against some visitors, including so-called digital nomads - people who mix travel with work and set up shop any place with an internet connection - who have been lured by countries to make up for a fall in tourism.

Earlier this year, an American was deported from Bali after posting tweets that sparked a backlash over her perceived Western privilege and lack of cultural awareness of Indonesia.

Now, visa requirements including a guarantor and a hefty health insurance, may discourage budget travellers and "finish off" small businesses on the island, said Nyoman Sukma Arida, a lecturer in tourism at Universitas Udayana in Bali.

"We must first clarify the meaning of premium tourism and quality tourism: our government's understanding of quality tourism is simply someone paying a high price," he said.

"But quality tourists are those who care about environmental preservation, respect local cultures and local communities. This is the requirement now - not just money," he added.

Nearly every country introduced border restrictions to fight the coronavirus's spread, and wide disparities in vaccine rollouts have led to different reopening strategies.

In Thailand, which opened the island of Phuket to tourists from July 1 with some quarantine restrictions, there has been criticism of the government's vaccine programme that initially prioritised tourism-reliant provinces.

Now, the government plans to promote Phuket to "high-quality" tourists as it reopens the country on Nov 1, even as a majority of Thais oppose the opening, saying it is too risky with only about a third of the population fully vaccinated.

The hiatus forced by the coronavirus was a "once-in-a-lifetime opportunity" to rethink tourism, but the approach of Thailand and Indonesia to reopening "does not suggest they're planning on walking their talk," said Stuart McDonald, founder of Southeast Asia travel website Couchfish.

"Of course it makes sense that a country should focus on quality tourists, but that need not mean big spending tourists. High-end tourism has by far the highest environmental impact, and is the most prone to economic leakages," said Mr McDonald.

"While budget travellers often best manifest the trickle-down effect, putting money directly into the hands of locally owned and run small and medium enterprises. They also tend to travel far more widely, and stay far longer in the country."

In Chiang Mai, the absence of tourists is most visible at night, with only a few shopfronts lit, and with none of the bustle that usually fills the city even in the off-season.

"We don't know what to expect - whether regular tourists will still come," said Ms Rachana at her guesthouse that is advertising reduced rates but was nearly empty.

"It is good if tourists spend a lot of money. But we would like all types of tourists to come, as we have already suffered a lot."

A woman who allegedly colluded in an online romance scam, posing as an American soldier and defrauding another woman of 250,000 baht, has been arrested in Chon Buri.

WASHINGTON: President Joe Biden will announce Thursday a winter campaign against Covid-19, with new testing requirements for travellers and a surge in vaccination efforts -- but no clear path to defeating the pandemic he was elected to confront.