The Commerce Ministry reported on Tuesday customs-cleared exports rose 17.1% year-on-year in September to US$23 billion, with imports increasing by 30.3% to $22.42 billion, resulting in a trade surplus of $609.8 million.

Exports of the real sector (excluding gold, oil-related products and weaponry) continued to rise by 14.8% in September after a 19.4% gain in August. 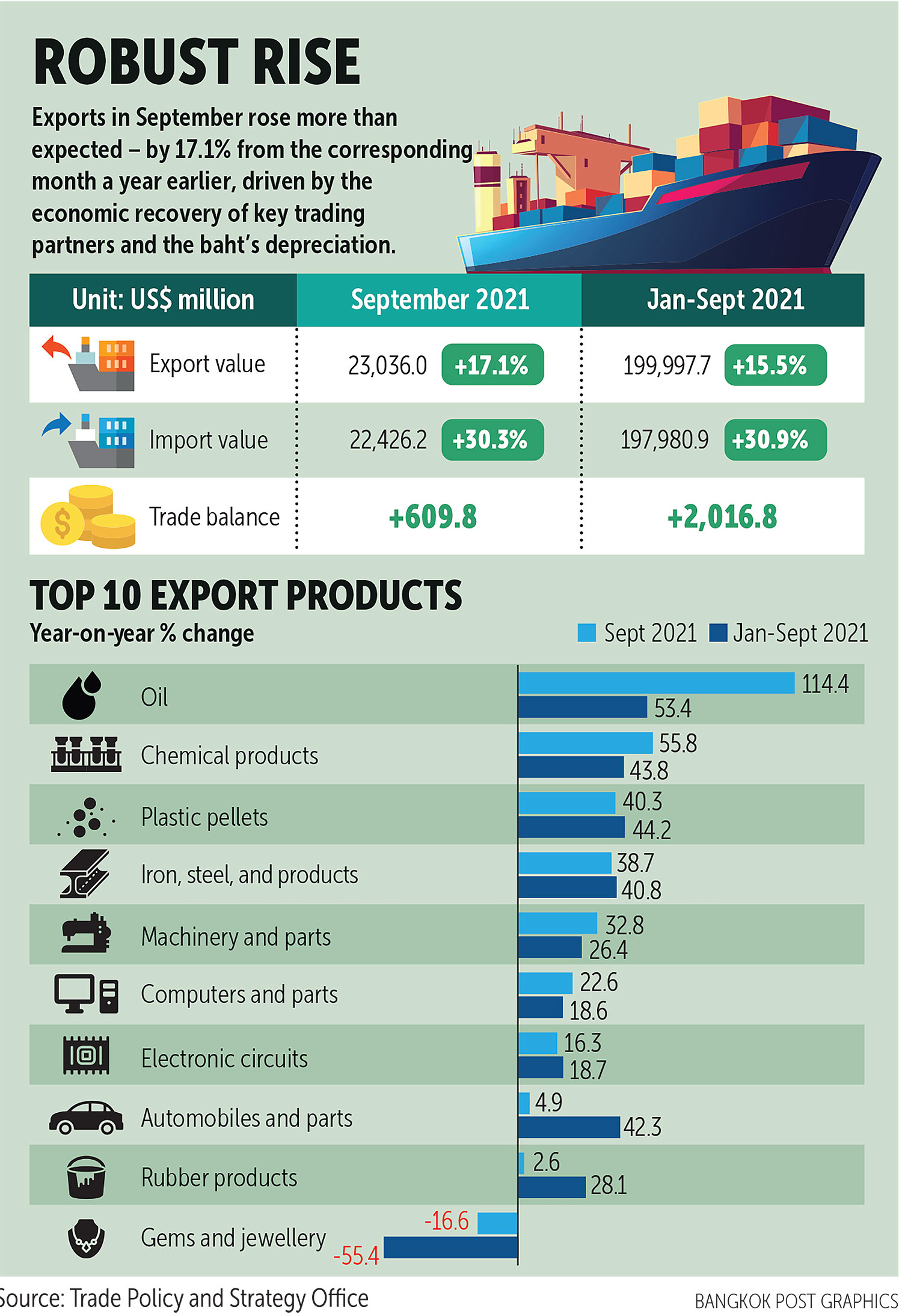 Other gains included Covid-19 prevention and medical products such as medical devices, and pharmaceutical products; intermediate goods and raw materials such as iron, steel and products, chemicals, plastic resins, rubber products, electronic integrated circuits, and machinery and parts; and durable goods or luxury goods such as automobiles and parts, and gems and jewellery (excluding gold).

Commerce Minister Jurin Laksanawisit said the growth in September was supported largely by the global economic recovery, the weaker baht, the Commerce Ministry's proactive export promotion and prompt response to address trade obstacles as well as effective cooperation between the ministry and private sector.

"The ministry sees the strong export growth in 2021 as a result of the continuous expansion of global trade in the fourth quarter; the baht depreciation which increases the competitiveness of exports; the easing of lockdown measures coupled with stimulus policies and reopening the country to vaccinated visitors; and the rise of oil price which supports oil-related product exports," he said.