Foreign holdings of Thai stocks on the local bourse soared 35.5% to over 5.09 trillion baht, the highest level in three years, mainly thanks to an increase in share prices and foreign holdings of newly listed companies, according to the Stock Exchange of Thailand (SET). 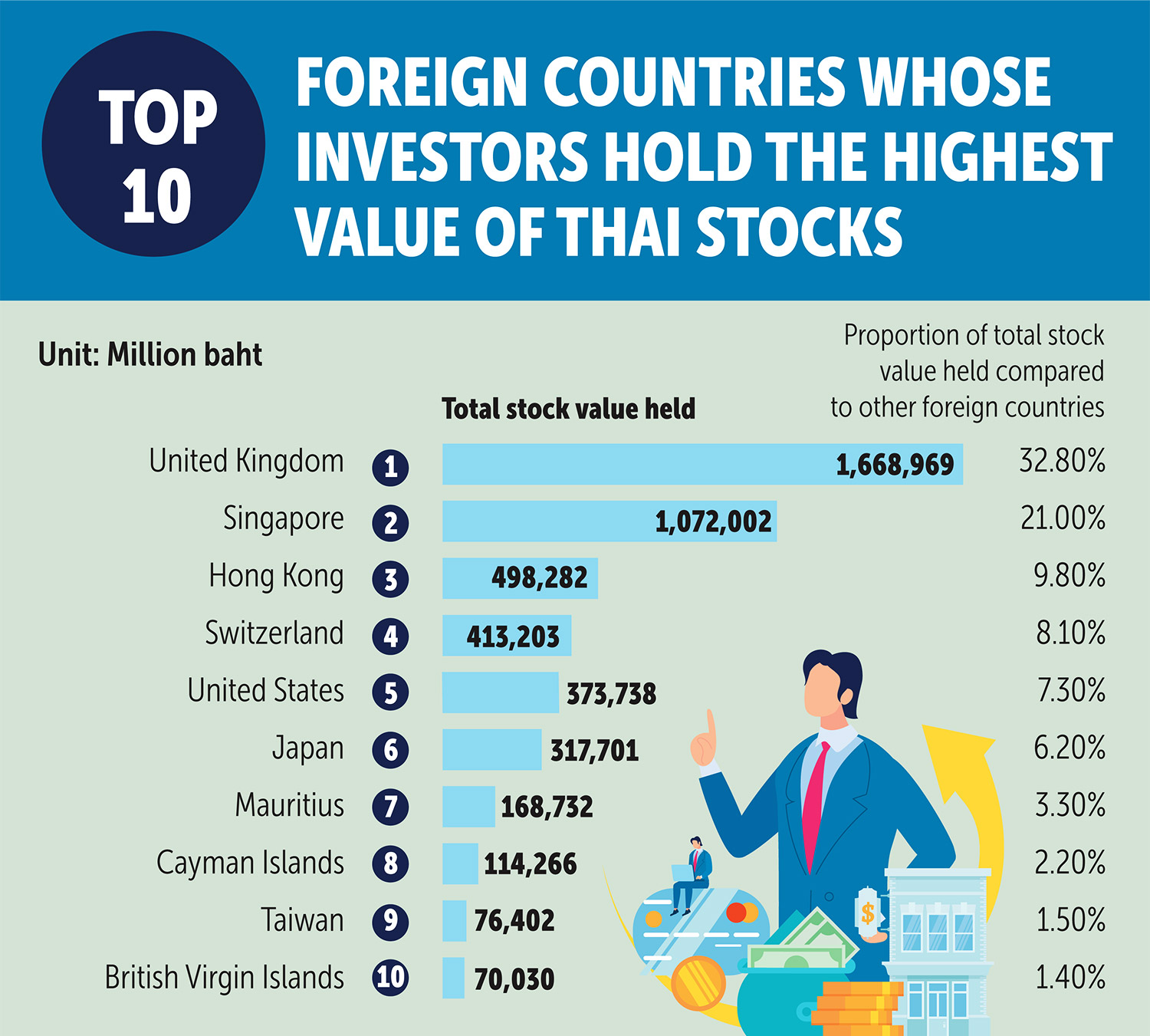 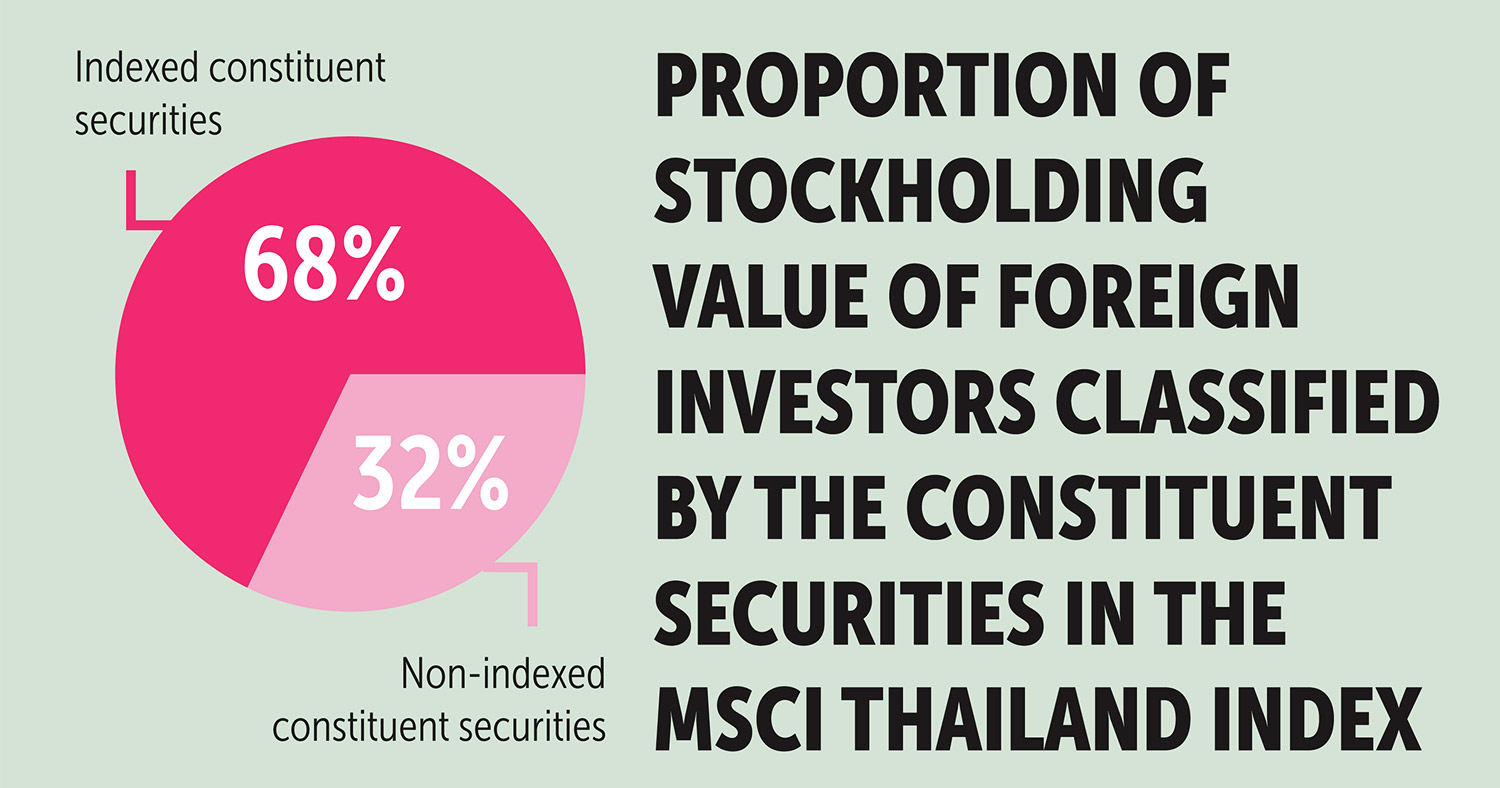 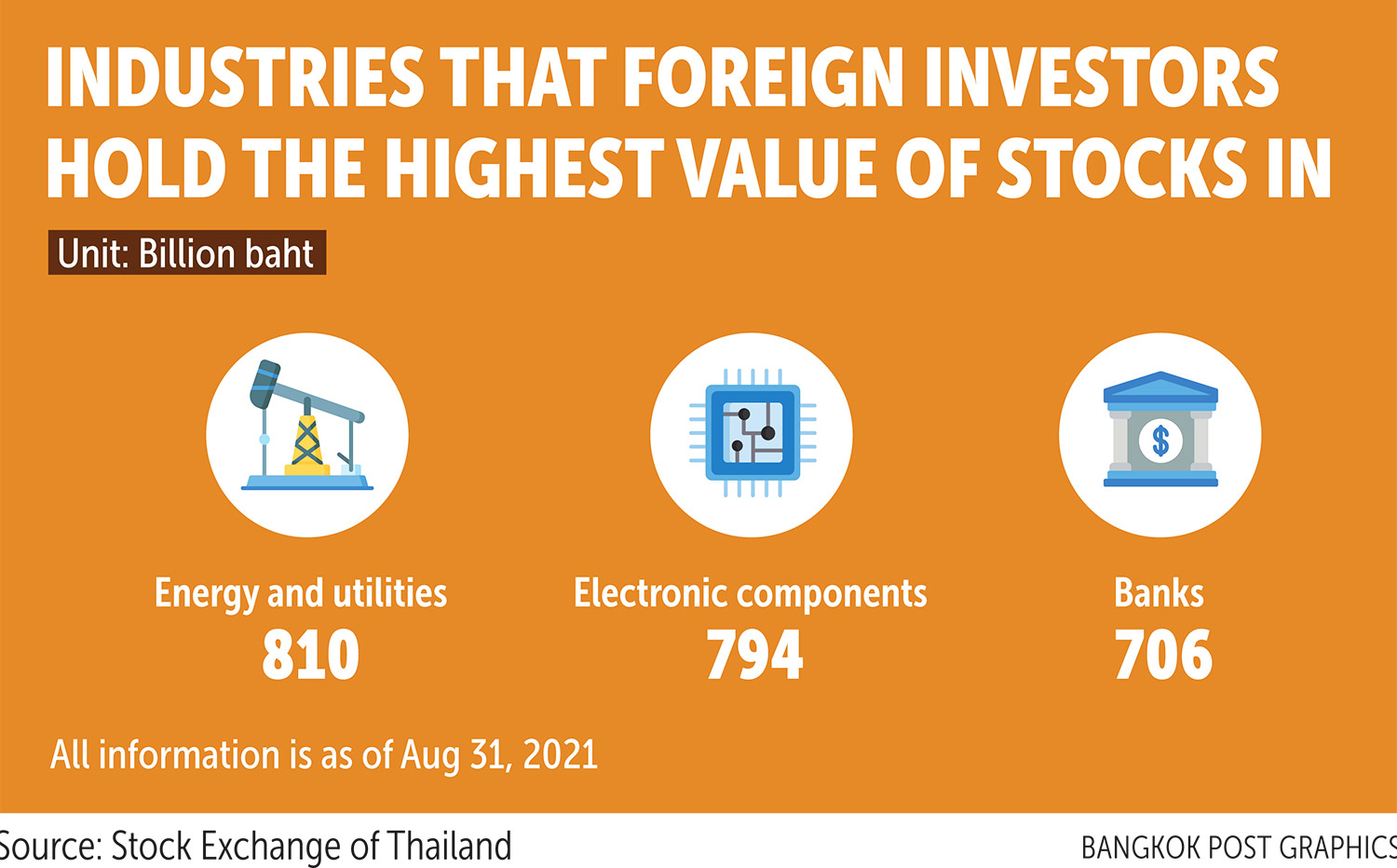 As of Aug 31, foreign investors' holdings of Thai shares were valued at 5.09 trillion baht and accounted for 27.16% of the SET's total market capitalisation of over 18.7 trillion baht.

Investors from the UK, Singapore and Hong Kong rank as the top three groups of foreign investors holding the highest value of Thai shares.

This group was followed by investors from Switzerland, the US, Japan, Mauritius, Cayman Islands, Taiwan and the British Virgin Islands, suggesting a diversity of foreign investors in the Thai bourse.

The three most attractive industries for foreign investors are technology, finance and resources.

Foreign holdings in the three industries now amount to 3.07 trillion baht, representing 60.5% of the total value of foreign holdings.

The service industry, which saw the highest value of foreign holdings last year, dropped to 4th place this year.

According to the report, the SET found that about 68% of foreign holdings are stocks on the MSCI Thailand Index, down slightly from 72.6% last year.