HONG KONG: China is on track to cut tariffs when an Asia-Pacific trade deal comes into force at the start of next year, according to the Ministry of Commerce. 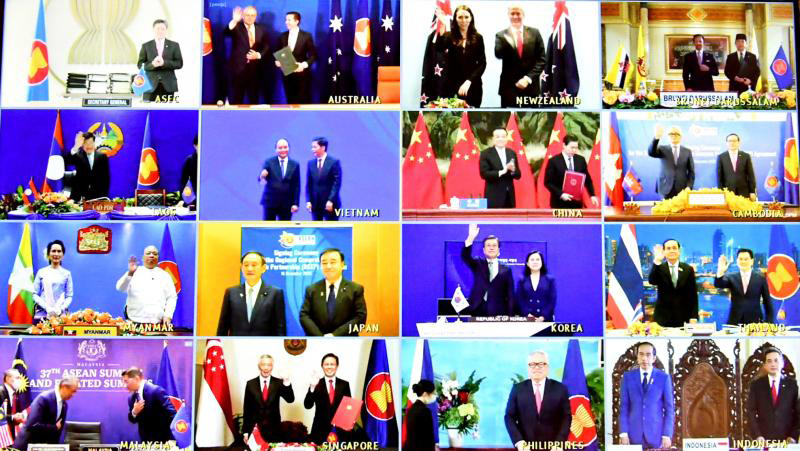 The ministry said on Saturday that the Regional Comprehensive Economic Partnership (RCEP) agreement would boost confidence in economic growth among the pact's members in the aftermath of the coronavirus pandemic.

"[The deal will send] strong signals against unilateralism and trade protectionism, support free trade, and safeguard the multilateral trading system," the ministry said in a statement.

It said China was ready to implement all 701 binding obligations, including tariff cuts and changes to rules on the origin of goods. It would also release implementation guidelines for local governments and industries, after conducting more than 600 training sessions for 166,000 Chinese businesspeople, trade officers and customs officials.

Signed by 15 countries in November last year, the RCEP is the world's biggest regional trade deal and expected to link about 30% of the world's people and output.

It aims to remove tariffs on 91% of goods, and standardise rules on investment, intellectual property and e-commerce among other trade practices. The deal is expected to eliminate a range of tariffs on imports within 10 years.

Ten countries - Brunei, Cambodia, Laos, Singapore, Thailand, Vietnam, China, Japan, New Zealand and Australia - have ratified the agreement while the rest are in the process of doing so.

China already has a number of bilateral trade agreements, and this is the first time it has signed up to a regional multilateral trade pact.

China said the RCEP would help to expand consumer markets and investment within the region, consolidate supply chains and boost prospects for Chinese investment and made-in-China products.

China is also aiming to join the Japan-led Comprehensive and Progressive Agreement for Trans-Pacific Partnership (CPTPP), which proposes deeper tariff cuts than the RCEP and covers more trade areas.

But the dominant role of China's state-owned firms and industrial subsidies are seen as barriers to entry.

The United States was expected to become a member of the CPTPP but withdrew during the administration of former US president Donald Trump.

The US-based Peterson Institute for International Economics estimated that the RCEP would raise global national incomes by an annual US$147 billion by 2030, and the CPTPP would add US$186 billion to GNI in the same time.