Feasability studies ahead of March start

The Bangkok Metropolitan Administration (BMA) plans to complete the feasibility study and conduct public hearings into the construction of the first 16.5km section of the Grey Line electric monorail project in March. 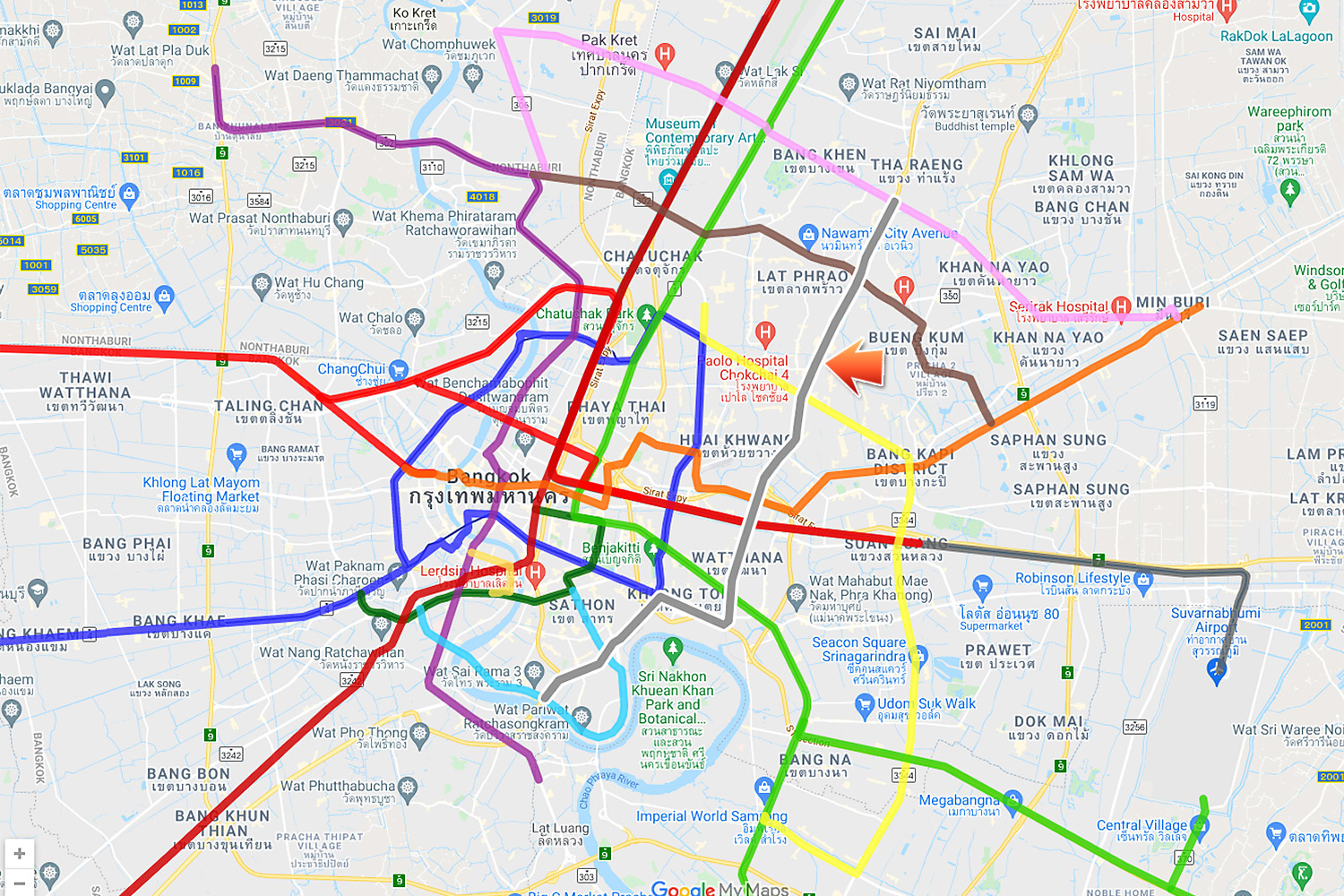 Khachit Chatchawanit, permanent secretary for the Bangkok Metropolitan Administration, said during a press conference yesterday that the Traffic and Transportation Department will gauge public opinion on the line before sounding out interest from the private sector in January and presenting its findings to government agencies and the public in March.

Mr Khachit said the department has studied the 27-billion-baht project and was now moving to actively promote it to other state and private organisations, the general public and the media, beginning with yesterday's media event ahead of a more formal design plan and Environmental Impact Assessment.

The first 15-station segment will cover 16km starting from Ram Intra interchange which connects to Vatcharaphon Station on the Pink Line and passes through Pradit Manutham Road, Sukhonthasawat Road, Kaset-Nawamin Road and connects with Khlong Lamchiak Station on the Brown Line before it continues on to Lat Phrao Road to connect with Chalongrat Station on the Yellow Line and run along Rama IX Road where it meets the Orange Line.

The rail will be elevated over Phetchaburi Road and pass over Thong Lor Road to connect with Thong Lor Station on the Green Line.

The round trip will take about an hour and is anticipated to carry 8,000-30,000 passengers per hour.

The department plans to develop the project as a public-private partnership and consultants have been hired to perform a project study which will incorporate a necessity analysis, and drawing up the proposal that will be put to the government and the public consultation ends.