China is at the forefront of climate tech, which has become a new engine of growth for the country.

At COP26 in Glasgow, China joined hands with more than 40 wealthy and developing nations -- including Japan, South Korea and India -- to launch the Breakthrough Agenda, aiming to accelerate the development and deployment of clean technologies and sustainable solutions. 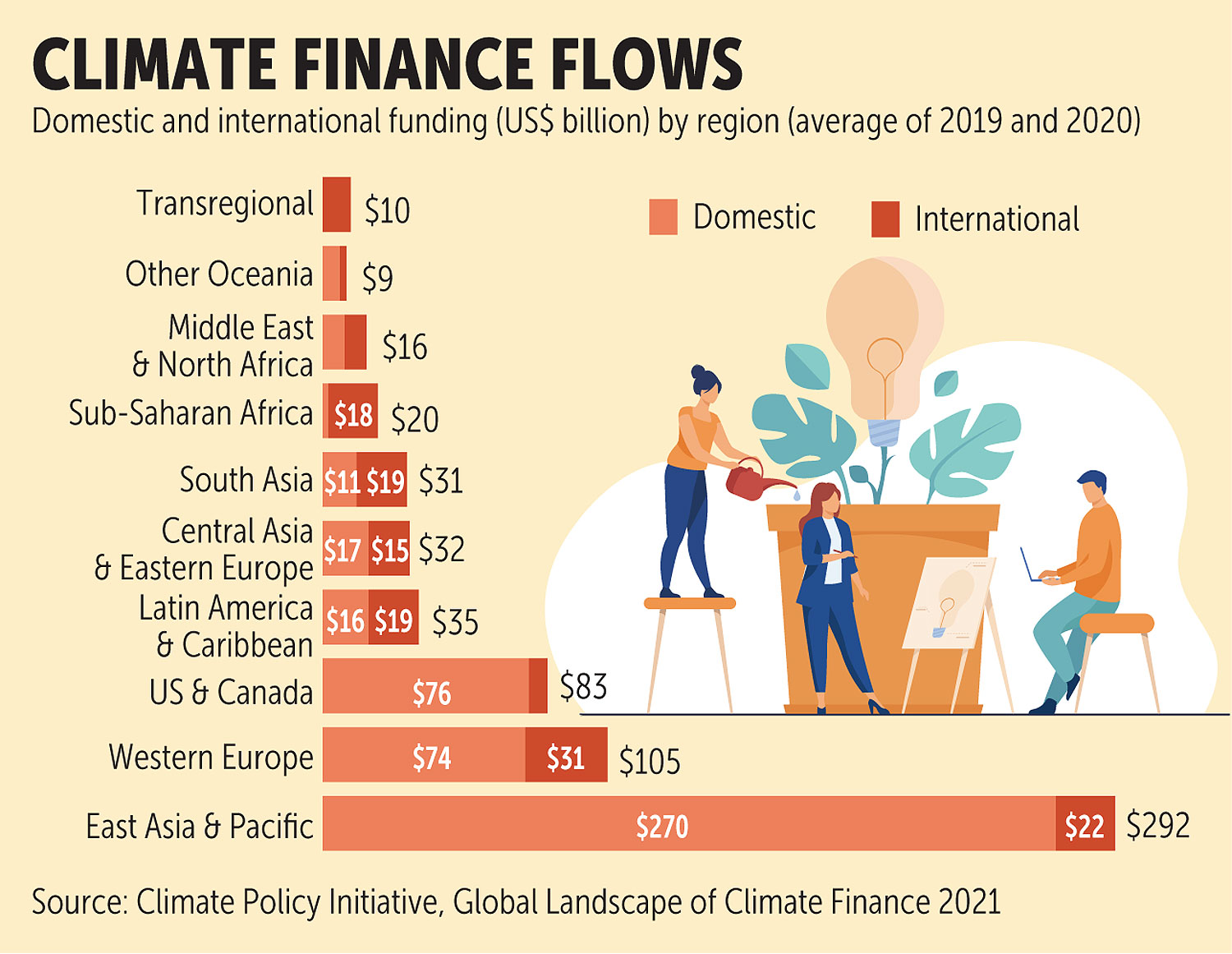 The international collaboration effort aims to make climate technology an affordable, accessible and attractive option before 2030. It will provide jobs and economic opportunities while helping the world keep temperature increases to well below 1.5 degrees Celsius from pre-industrial levels, proponents say.

And while the Glasgow climate talks produced some encouraging results, keeping within the 1.5C target will require much more ambitious efforts than many countries have displayed to date.

To avoid a climate catastrophe, the world requires a fast-paced revolution in many technological areas that are still at the prototype stage today --and China has risen to the forefront of this revolution.

China is unquestionably becoming the global technology and manufacturing leader in clean energy and electric vehicles. The country currently accounts for 40% of global renewable capacity growth, according to the International Energy Agency (IEA).

China is also a hub of electric vehicle (EV) component and battery manufacturing, while new-energy vehicles -- almost all of them electric -- accounted for 13% of sales in the domestic car market as of October, according to data released last week by the China Passenger Car Association. That's up from 5.8% a year earlier.

In September last year, Mr Xi pledged during the United Nations General Assembly that China is striving to reach its carbon emissions peak by 2030, and for carbon neutrality by 2060. He re-emphasised this commitment in a letter to the COP26 summit held early this month.

This year has seen some climate tech companies step up their fundraising by entering the stock market. China Three Gorges Renewables Group became the largest domestic initial public offering since January 2020. Its share price surged 44% by the first day of trading in June, and more than 70% after five months.

As of September, the Chinese electric vehicle makers Svolt, BAIC BJEV and Enovate Motor were listed among the world's top eight climate tech companies with the highest total venture capital raised to date, according to PitchBook, a financial data and software company. The three combined have raised nearly US$5.8 billion.

"We welcome the announcement from world leaders at COP26 on the Breakthrough Agenda, which will see them work toward speeding up access to affordable climate tech worldwide," said Leo Johnson, disruption lead and partner at the management services and consulting firm PwC UK.

"To take climate tech to the next level, we need all stakeholders -- investors, governments and entrepreneurs -- to work together to accelerate action." 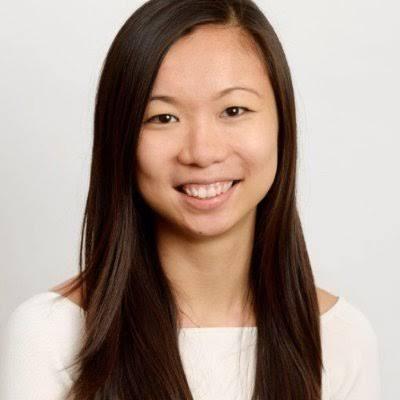 "Carbon peaking and carbon neutrality can't be achieved easily," he stressed. "As the world's largest developing country, China is attempting to cut down carbon emission intensity by the largest margin and in the shortest period in the world to stride toward from carbon peaking to carbon neutrality -- which implies an extensive and profound economic and social revolution."

In China, climate tech acceleration is driven by both government policy coupled with individuals' entrepreneurial spirit.

Taking note of the extreme air pollution from coal burning, the National People's Congress (NPC) first introduced climate change mitigation into the national economic strategy in its 12th five-year plan (2011-15). This was followed by increased public finance and subsidies for solar energy and electric vehicle development.

In March this year, the NPC endorsed the 14th five-year plan covering 2021 to 2025, that includes China's long-term climate goal and spells out a CO2 emission cap for the first time. The plan sets targets to increase the share of non-fossil fuels in the energy mix from 15.8% to 20% from 2020 levels, as well as an 18% reduction target for CO2 emissions and 13.5% for energy consumption per unit of GDP.

The plan marks a significant shift from pollution prevention to carbon emission reduction, according to analysis by BSR, an international organisation of sustainable business experts.

In addition, President Xi announced the country would stop building new coal projects abroad while increasing green investment under the Belt and Road Initiative, though some experts are sceptical about whether China can live up to that commitment.

The inclusion of a long-term climate goal in the latest five-year plan is linked to China's attempt to establish the green economy as a new developmental phase of "high-quality growth", in which it will depart from the old development model that caused extreme pollution and one-third of global carbon dioxide emissions, even if it helped to lift hundreds of millions of people from poverty within one generation.

Economist Mariana Mazzucato has described the new focus on green tech as "China's win-win plans to make profit and environment complementary pursuits rather than trade-offs".

The country's prioritising of clean technologies also shows a strategic vision and long-term commitment to economic growth, she added in her book titled The Entrepreneurial State.

The success of Beijing's approach is reflected in the solar photovoltaic segment. The Chinese government mobilised public finance to spur private firms at their early stage of technology development, and promised to deliver theie products into the market, including through government procurement.

This allowed Chinese solar cell manufacturers to launch and test products in the domestic market, with the advantage from China's economies of scale, before gaining the strength to compete in the global market.

These huge public subsidies are seen as an incentive for firms to take risks on a new technological frontier, which they might have avoided for fear of going bankrupt if they had to depend solely on their own pockets.

However, government intervention in the solar market has also been widely criticised abroad for depressing worldwide solar panel prices and causing some western suppliers to go out of business. It was one of many flashpoints in trade tensions with the United States, which maintains anti-dumping penalties on Chinese solar panels. 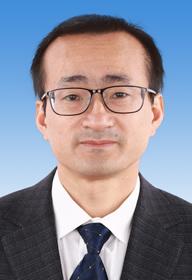 The banking and insurance industries have a crucial role to play in "the transformation of old to new economic development", says Liu Yuanchun, vice-president of Renmin University in Beijing. YUANYUAN

With the climate goal now embedded in China's five-year plan, more public and private finance is expected to be mobilised into the promising climate tech sector.

An IEA report titled Energy Sector Roadmap to Carbon Neutrality in China, released last month, showed that public spending on low-carbon energy research and development in China rose by 70% between 2015 and 2019, and now represents 15% of the global total.

The report points out that China accounts for nearly 15% of patent activity in renewables and 10% in electric vehicles. It has attracted 35% of global early-stage energy venture capital in the last three years, compared with 5% between 2010 and 2014.

"China's efforts to achieve its ambition of carbon neutrality will result in even greater flourishing across a wider array of low-carbon technologies and a significant decline in fossil fuel use in the coming decades," said Fatih Birol, the IEA executive director, during the launch of the report.

"However, the really uplifting news is that our new Roadmap shows China has the means and capabilities to accomplish an even faster clean energy transition that would result in greater social and economic benefits for the Chinese people and also increase the world's chances of limiting the rise in global temperatures to 1.5C," he added.

However, challenges remain. Around 90% of China's greenhouse gas emissions come from the energy sector, while coal is still a main source of power generation. Even with a target for carbon to peak by 2030 at the latest, the country will still burn a lot of coal in the next few years, though the share of renewable energy will increase steadily.

To achieve its carbon neutrality target by 2060, the IEA estimates that China's total energy investment must reach $640 billion in 2030 -- 10% more than the average for the last five years --and nearly $900 billion in 2060 or almost a 60% increase relative to recent years.

A report titled Global Landscape of Climate Finance 2021 by the Climate Policy Initiative points out that almost half of tracked global climate investments in 2019 and 2020, equivalent to $292 billion, went to the East Asia and Pacific region.

Around 81% of those investments were concentrated in China, which could be attributed to the Chinese government's continued support through public spending and national policies that support climate investment. "Climate tech has the potential to help society transform to net zero. We've seen incredible interest from investors in climate tech, with more venture capital deployed in 2021 than ever before, in excess of $60 billion -- but this still isn't enough," said Denise Chan, climate tech lead and associate director from PwC UK.

PwC's analysis found, however, that global climate tech funding is not being deployed in line with where there is the greatest climate impact potential.

"We looked at 15 key technologies for decarbonisation in our upcoming State of Climate Tech 2021 report, and found that technologies representing 81% of future emissions reduction potential received just 25% of funding," PwC analysts told Asia Focus via email.

The PwC report also suggested that climate tech already is and can continue to be an engine of growth for China, as there is already a significant amount of private market investment in mobility and transport startups, especially in ventures producing electric vehicles.

Though the government is often cited as a major force behind climate tech acceleration, the role of Chinese entrepreneurs can't be overlooked.

Many firms, beyond energy and electric vehicles, are aware of the need to act on decarbonisation, partly because they take part in the global supply chain and serve clients who want to see more sustainable approaches in business.

For example, Xiaomi, the world's second-largest smartphone maker by unit sales, has committed to reduce energy consumption and greenhouse gas emissions by optimising product design, packaging, its offices and stores.

Though this is considered a tough target for TSMC, it's an inevitable choice as the demand comes from its clients, including Apple, which has committed to be 100% carbon neutral for its supply chain and products by 2030.

Liu Yuanchun, vice-president of Renmin University in Beijing, said during the COP15 biodiversity summit that the financial sector must play an active role as it is a key driver for green development transition and promotion. Their role includes pushing for green finance, sustainable insurance and the disclosure of investment that may affect or benefit the environment.

"Opportunity is arising from [China's effort to achieve] carbon neutrality," he said. "Sustainable insurance and responsible investment are the drivers for the banking and insurance sectors to achieve the transformation from old to new economic development."