For sale: Ambience and happiness
Business

For sale: Ambience and happiness

Looking at a Thai Lue-style house at Kad Nan (Nan Market) in Nan province, at first glance people might assume it to be a luxury spa. Others would imagine it to be a fine dining restaurant, a chic boutique resort, or even a Buddhist temple.

Only a handful of people might be aware that this building is a Swensen's ice cream store, because this one is quite unlike others the public have become familiar with over the past few decades.

Likewise in Sri Racha, Chon Buri province, it is difficult to put a handle on the Mall Group's new shopping centre as it features an open plan floor design and outdoor ambience, with high ceilings and natural light.

On the other side of the city, Terminal 21 is also scheduled to open a store on Rama 3 with a completely new concept next year.

"I believe that physical retail stores will never die,'' said Chalit Limpanavech, an adviser to the Marketing Association of Thailand. "They are transforming themselves not only to lure back their customers, who are now familiar with home shopping during the pandemic, but also to attract new shoppers and respond to the changing behaviour of consumers."

According to Mr Chalit, ambient stores with interesting designs are reinvigorating shopping complexes. 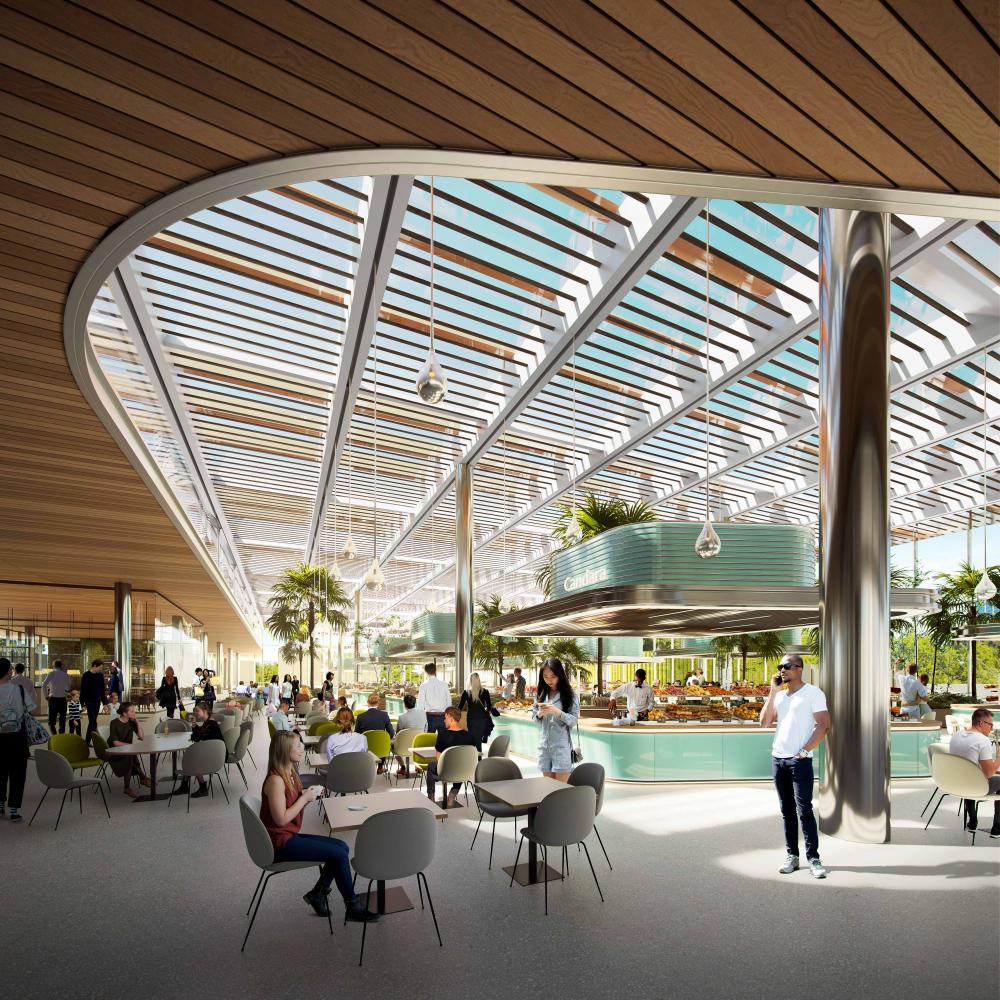 Voralak Tulaphorn, chief marketing officer at The Mall Group Co, the operator of The Mall, The Emporium, Paragon and The EmQuartier, said surveys indicated that most shoppers' priority was convenience.

As a result, the Mall Group last year started rebranding its image for the first time in its 39 years of existence, with plans to turn all The Mall shopping and retail entertainment complexes into "The Mall Lifestores", with the promotion of "a happy place to live life" concept in response to customers' changing lifestyles.

The Mall Lifestore is no longer a department store or shopping complex, but a place for people of all ages to have new experiences that combine technology and humanity.

The new retail model was applied for the first time at The Mall Ngamwongwan, which officially opened in November last year. The second Mall Lifestore at Tha Phra is scheduled to open on Dec 2 this year.

"The Mall Tha Phra will completely change the shopping experience with new innovations that nothing can disrupt,'' said Supaluck Umpujh, chairwoman of The Mall Group Co. 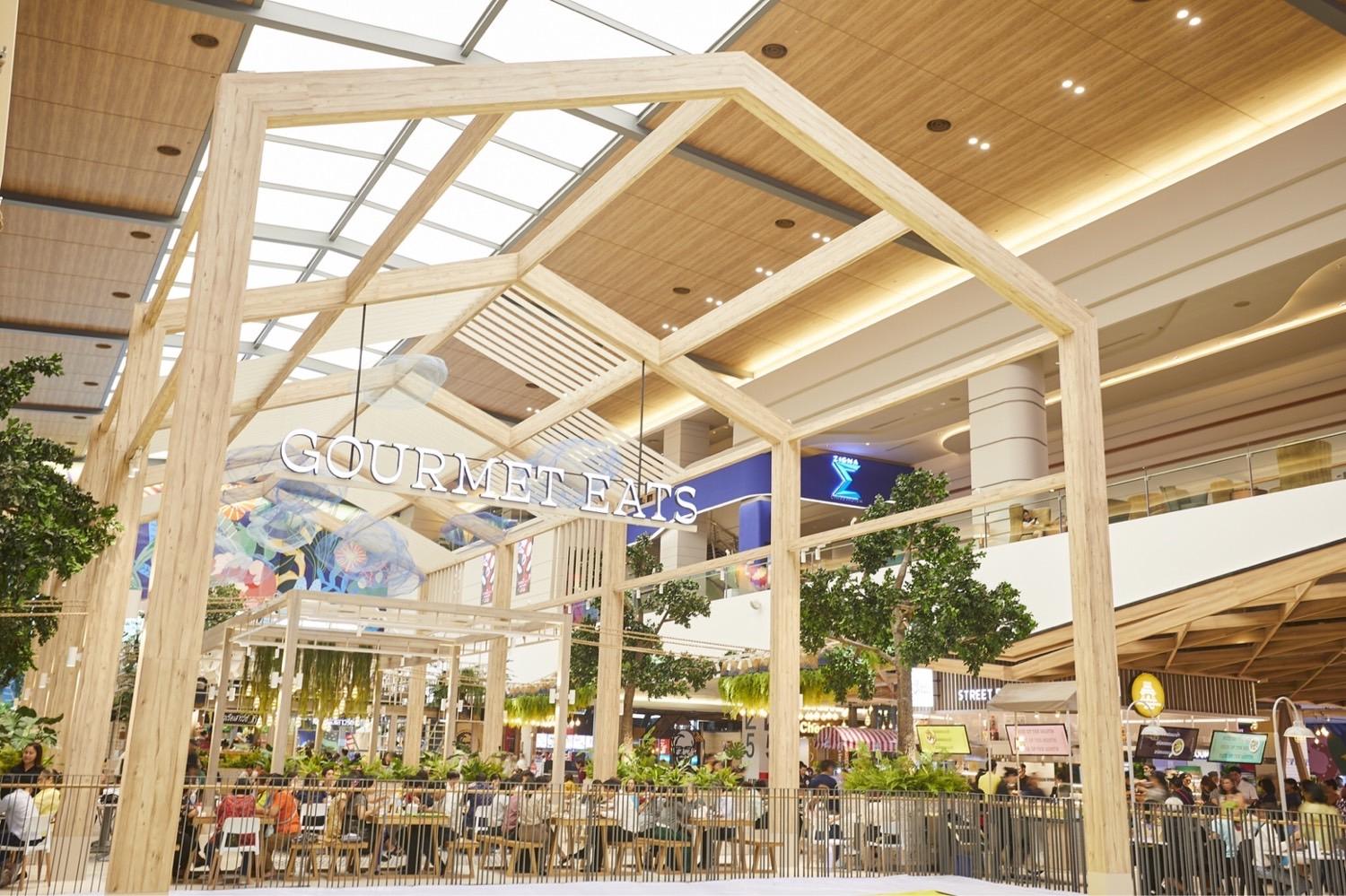 Situated within a 27-rai plot of land in the centre of the city of Sri Racha, the project is the largest mixed-use development and the first eco-friendly mall in the eastern region.

Covering a space measuring 140,000 square metres in total, the development has a semi-outdoor design and pet-friendly zones, together with seven "highlights for happiness", to offer new lifestyles to the people of Sri Racha under the concept of "The Innovation Oasis".

This semi-outdoor retail store concept is due to be rolled out to the company's new Chanthaburi branch in the first quarter of next year.

A digital rendition of the new KFC digital store to be opened at Siam Center soon.

The two-storey building, on a 16-rai plot of land on Ratchapruek Road, now under the construction, will be a new Lotus flagship store, designed under a semi-outdoor concept to fit the new normal lifestyle.

The new format includes a large corridor from the department store zone to the shopping complex zone.

Importantly, the layout of the food zone at Lotus's North Ratchapruek is designed for convenience and social distancing, while some anchors such as the playground and cineplex would be under the semi-outdoor concept.

"Such a design will remove some problems that used to occur at Tesco stores during the pandemic,'' Ms Benchawan said, adding that the company put S-M-A-R-T elements -- simple, motivate, agile, responsible and transformative -- at the centre of the design to make the store friendly for families and more fun to shop.

Shoppers can buy food at an unmanned shop until the store closes. It also provides co-working spaces and a fitness centre around the clock. Robots will be used for some functions, while the green area is one of the important anchors at the new Lotus's stores.

Ms Benchawan said that at present there are 100 existing Lotus stores that could potentially be transformed into "community centres'', but the company will only choose locations that suit the customer profile in each area.

Initially the company expects to open seven Lotus's community centres during 2021-2022, two of which will open in the final two months of this year. 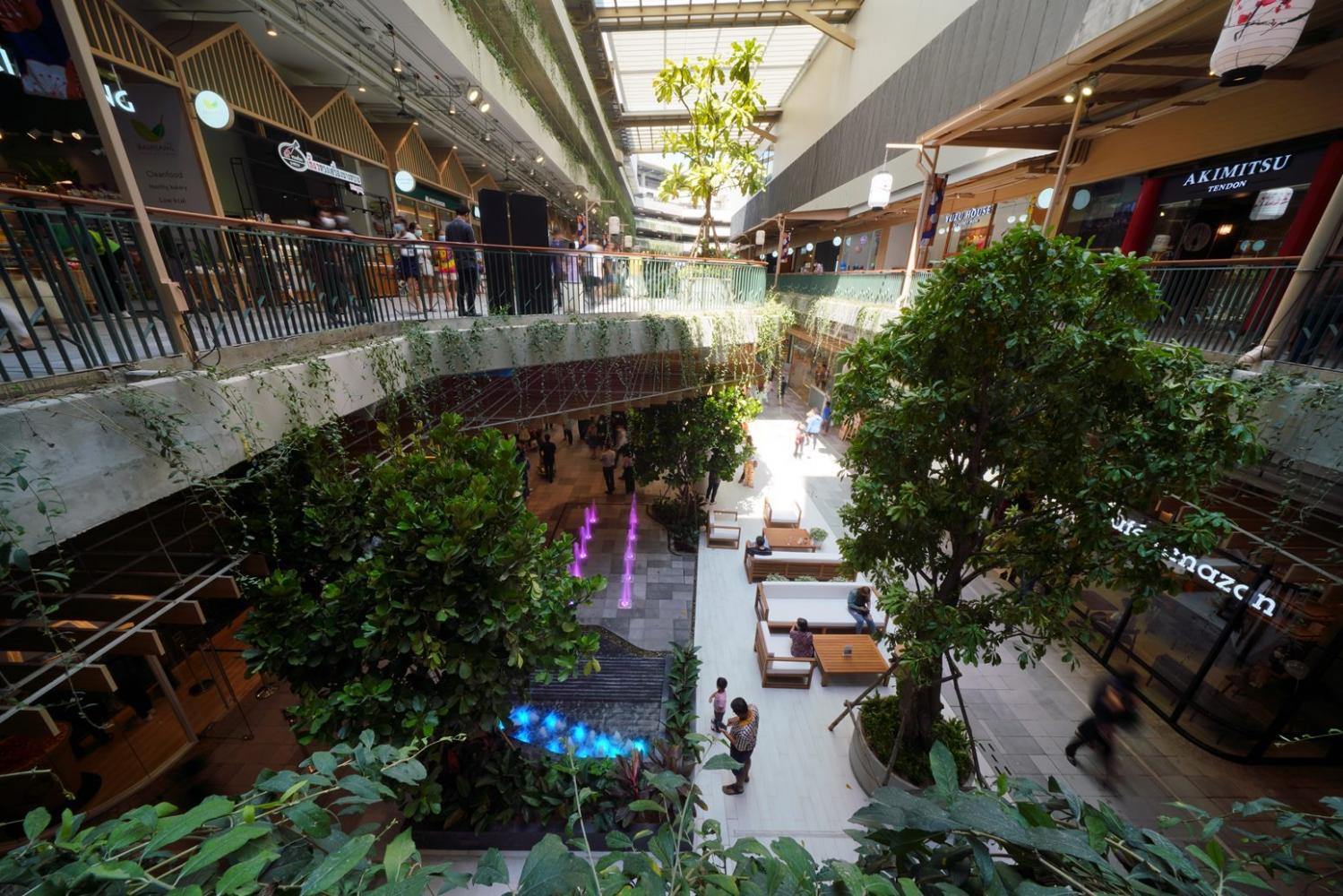 In addition to retail developers, chain stores are also transforming their in-store design and menus for each sales channel, as well as their marketing approach, to lure customers back to their stores post-pandemic.

Swensen's, for instance, has debuted its Swensen's Craft Bar as a new flagship store on the ground floor of Siam Paragon.

This flagship store comes with a modern minimalist interior design to catch the eye of the younger generation. This Swensen's Craft Bar marks the first time that the crafting of ice cream by experienced confectioners is being put on show for customers, providing them with the unique experience that they are constantly seeking these days.

"We hope the new Swensen's Craft Bar will offer an unforgettable experience to our customers and fulfil their needs and lifestyle in this new era. If feedback is good, we will see more Swensen's Craft Bars in Thailand,'' said Anupon Nitiyanant, general manager of Swensen's (Thai), a subsidiary of The Minor Food Group Plc.

"The atmosphere in stores can build up the story for brands. All three regional flagship stores are quite successful because they provide a unique experience and become a must-visit destination for both local consumers and tourists,'' Mr Anupon said.