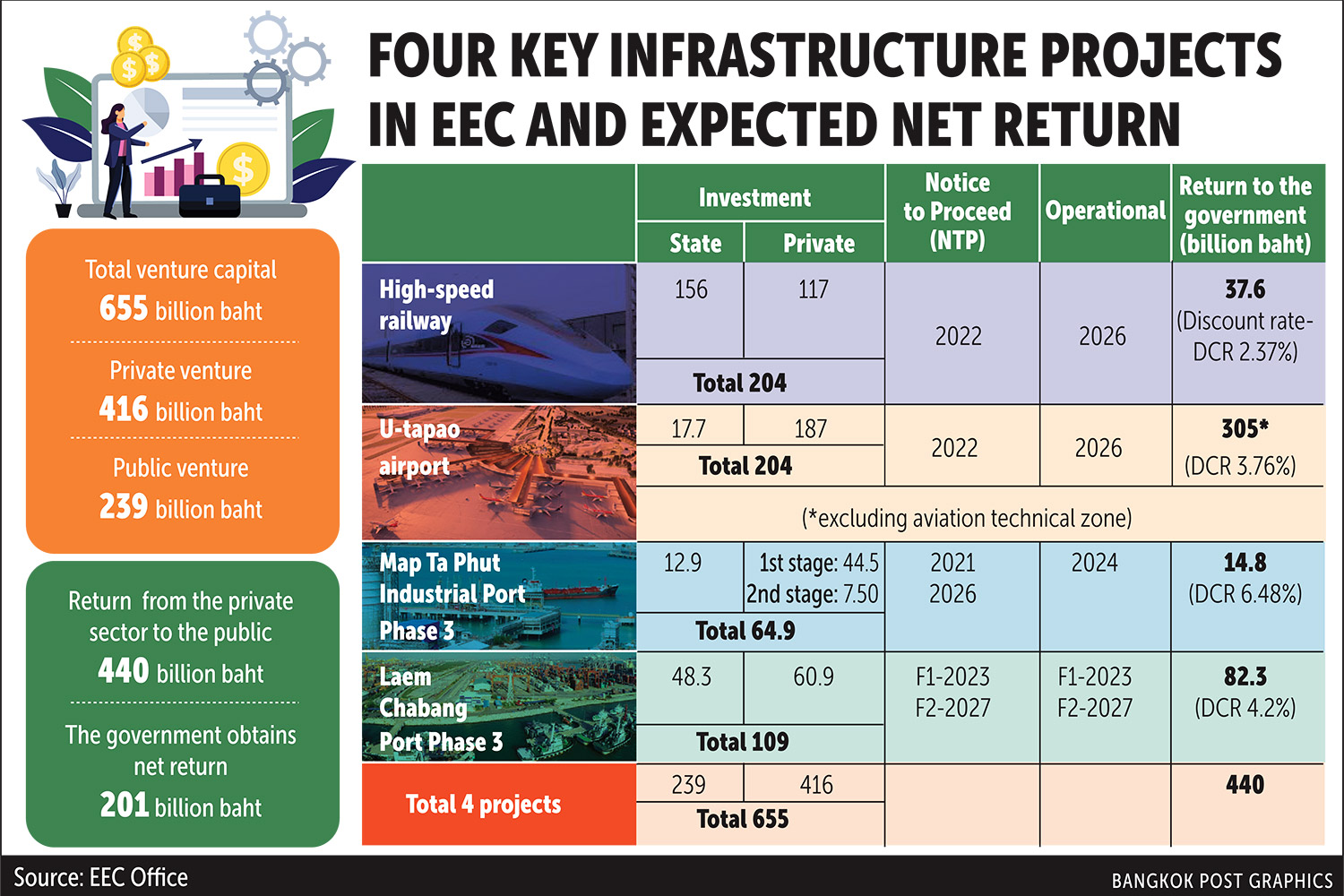 "The PPP scheme is instrumental to the development of infrastructure in the EEC, which requires massive capital," said Mr Kanit. "The scheme can significantly reduce the state's expenditure budget."

The four development projects are worth a combined 655 billion baht, with the private sector doling out 416 billion and the government making up 239 billion.

Returns from the private sector to the government in the form of concession fees are estimated at 440 billion baht, while the government is expected to obtain net returns worth 201 billion, he said.

According to Mr Kanit, construction of high-speed rail linking Suvarnabhumi, Don Mueang and U-tapao airports will start early next year after the State Railway of Thailand completes delivery of the construction areas.

The development of U-tapao airport is scheduled to begin construction work next year.

The third phase of the Map Ta Phut deep-sea port has already started construction and is scheduled to become operational in 2026, while the Laem Chabang deep-sea port's latest phase is slated to see operations for the first stage begin in 2023.

Mr Kanit said the EEC is accelerating infrastructure development to meet schedules as his office aims to draw investment at an average of 500 billion baht a year between 2022 and 2026.

"The government also agreed on the revised investment plans for the EEC as it aims to drive economic growth by 5% a year between 2022 and 2026," he said. "The EEC is hoping to become the country's vital investment destination during this period."

The EEC Policy Committee's meeting, chaired by Prime Minister Prayut Chan-o-cha, last month endorsed the revised investment plan for the EEC for 2022-26, with a total investment value of 2.2 trillion baht.

Investment in targeted industries is estimated at 400 billion baht a year, of which 250 billion would be from normal annual investment, with the remainder from new S-curve industries such as electric vehicles, digital, medical services, logistics, smart farms, and food.