Travellers at Suvarnabhumi International Airport on Nov 15, following the reopening of the country this year on Nov 1. (Photo: Somchai Poomlard)

While international trips have rebounded across the globe, the pace of recovery in Asia Pacific is still lagging as regional travel regulations differ and most countries adopt a cautious approach towards reopening.

Thailand might be one of the very few destinations to welcome fully vaccinated travellers with minimal restrictions, but Thais eager to take short-haul trips to their favourite destinations are still facing hurdles.

Suthiphong Pheunphiphop, president of the Thai Travel Agents Association (TTAA), said outbound tourism is predicted to restart by next January with favoured destinations in Europe including the UK, Switzerland and Italy, which require no quarantine.

He said those countries are also on Thailand's low-risk list for the Test & Go scheme, which means Thais can avoid quarantine on their return. This could be an opportunity for outbound tourism to resume.

As most countries in Asia are not yet open for leisure trips, the association is currently working with national tourism organisations and embassies to accelerate the resumption of international travel by loosening rules for tourists. 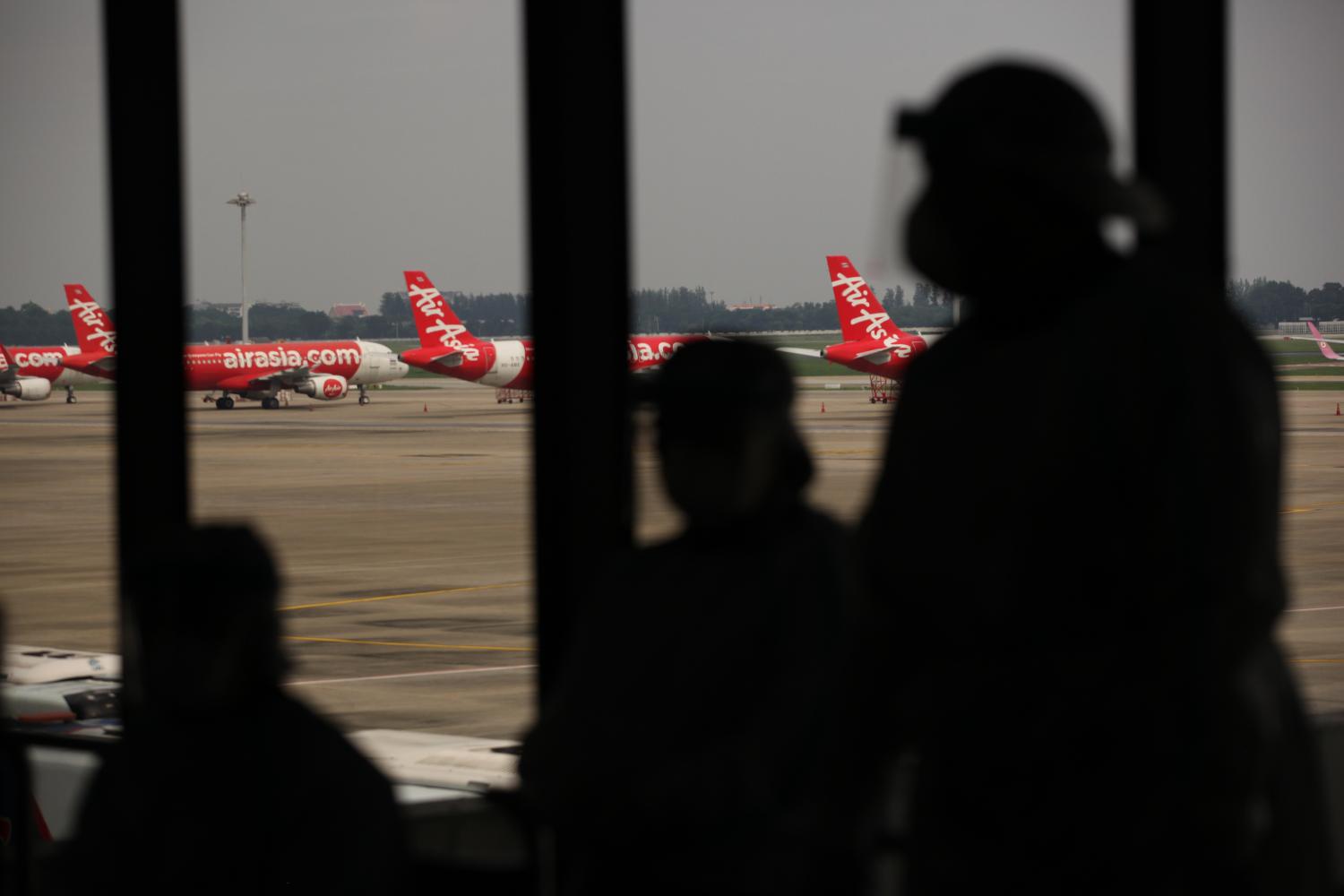 A full recovery for aviation in the region is anticipated by late 2023 according to the AAPA. (Photo: Pattarapong Chatpattarasill)

Mr Suthiphong said half of TTAA's 800 members who are still active will start selling packages by the end of this month and the association will organise six familiarisation trips to Europe and some Asian countries like Sri Lanka to kick off outbound tourism in January or February.

"There is pent-up demand after two years of being stuck at home, however, clearer travel policy from each country is needed, in order to forecast the market trend," Mr Suthiphong said.

According to the TTAA, 11 million Thai tourists took overseas trips and spent 430 billion baht in 2019.

If international borders opened for them, the number of outbound tourists would rise to nearly 100,000 next year.

Outbound activities will gradually resume next year as there are still many obstacles, such as different policies in each destination, said Chotechuang Soorangura, managing director of NS Travel and Tours.

As local residents were mostly inoculated with AstraZeneca, Sinovac, Sinopharm and mixed doses, they might encounter more limited choices than those vaccinated with mRNA vaccines which were widely used, or those who had completed two vaccine doses with the same type.

Most importantly, Thailand should be regarded as a low-risk country with falling numbers of daily cases and a high vaccination rate to enable Thais to travel freely without quarantine.

"We must be confident about stable demand before rolling out tour plans as we have to pay all the expenses in advance. This situation is difficult in such a volatile situation," Mr Chotechuang said.

He said airfares are predicted to surge by 30%, while the cost of accommodation could get more expensive as hotels must turn to the luxury segment to ensure hygiene standards, resulting in package prices rising by around 15%.

Outbound travellers will take fewer trips but stay longer as outbound excursions will require more time, expenditure and effort, such as RT-PCR tests, visa applications or other entry application processes.

Prior to the pandemic, outbound tours were overwhelmed with last-minute cheap travel deals which were known among Thais as "Pro Fai Mai" (burning hot promotion), but Mr Chotechuang believes that wholesalers who previously offered these kinds of packages will have to take a more cautious approach as this marketing strategy might incur higher risks in a volatile environment.

"The price war might not be as intense as before. For example, a very cheap package to Tokyo for four days and three nights which was reduced to 16,000-19,000 baht will increase to more than 20,000 baht from rising costs," said Mr Chotechuang.

Air travel demand in Asia Pacific is still deeply depressed due to slow border reopenings, and recovery can only start next year, said Subhas Menon, director-general of the Association of Asia Pacific Airlines (AAPA).

The need for government-to-government coordination to create travel policy that facilitates border crossings is also key to recovery.

According to the AAPA, international passenger volumes across Asia Pacific saw only 6% of international traffic in September compared to pre-pandemic levels, while other regions have recovered to 40% on average, particularly Europe with the highest rate at 43%.

Mr Menon said vaccinations are the key to more air travel freedom, and a wider acceptance of vaccines will accelerate the resumption of travel on both inbound and outbound flights.

The full regional recovery of aviation is expected by late 2023 after most nations secure higher vaccination rates and each destination's health measures are streamlined.

Liz Ortiguera, chief executive of the Pacific Asia Travel Association (Pata), said recovery will be slow and uneven across the region despite border reopenings as only tourists who do not need to be quarantined on their return will choose to travel.

She said vaccination is the primary factor behind the restart of travel, and vaccine equity is also important as some countries still lag behind. Thus, the vaccine hierarchy is the issue that needs to be addressed.

"The Thai government needs to continue focusing on vaccinations as we are not safe from the pandemic until everyone is safe," Ms Ortiguera said.

Pata forecasts three scenarios for international arrivals to Thailand next year: 65% of the 2019 level of 40 million in the mild scenario; 41% in the medium scenario; and 25% of the pre-pandemic numbers in the severe scenario.