Pushed by consumers, participants across the supply chain gear up for traceable sustainability in commodity-based products in Asean

The growing demand for eco label certification of consumer goods has been shifting sustainability practices across the supply chain, from commodity growers to retailers. The latter in particular have come to realise that having such labels on packaging could influence consumer purchasing decisions.

The demand has also driven companies to finding ways to tap into the trend and improve sustainability across the supply chain. But as the industry adapts to changing demand, it will be critical for producers of commodity-based goods such as palm oil to increase engagement with smallholder farmers if they want to elevate agribusiness supply chain sustainability across Southeast Asia.

The shifting trend shows that "sustainability is no longer a mere public relations exercise", said Nirarta Samadhi, the country director of the environmental policy group World Resources Institute Indonesia (WRI Indonesia) during a webinar on sustainability practices and their impact on agribusiness and forestry, held recently by the Singapore Institute of International Affairs (SIIA) and WRI Indonesia. 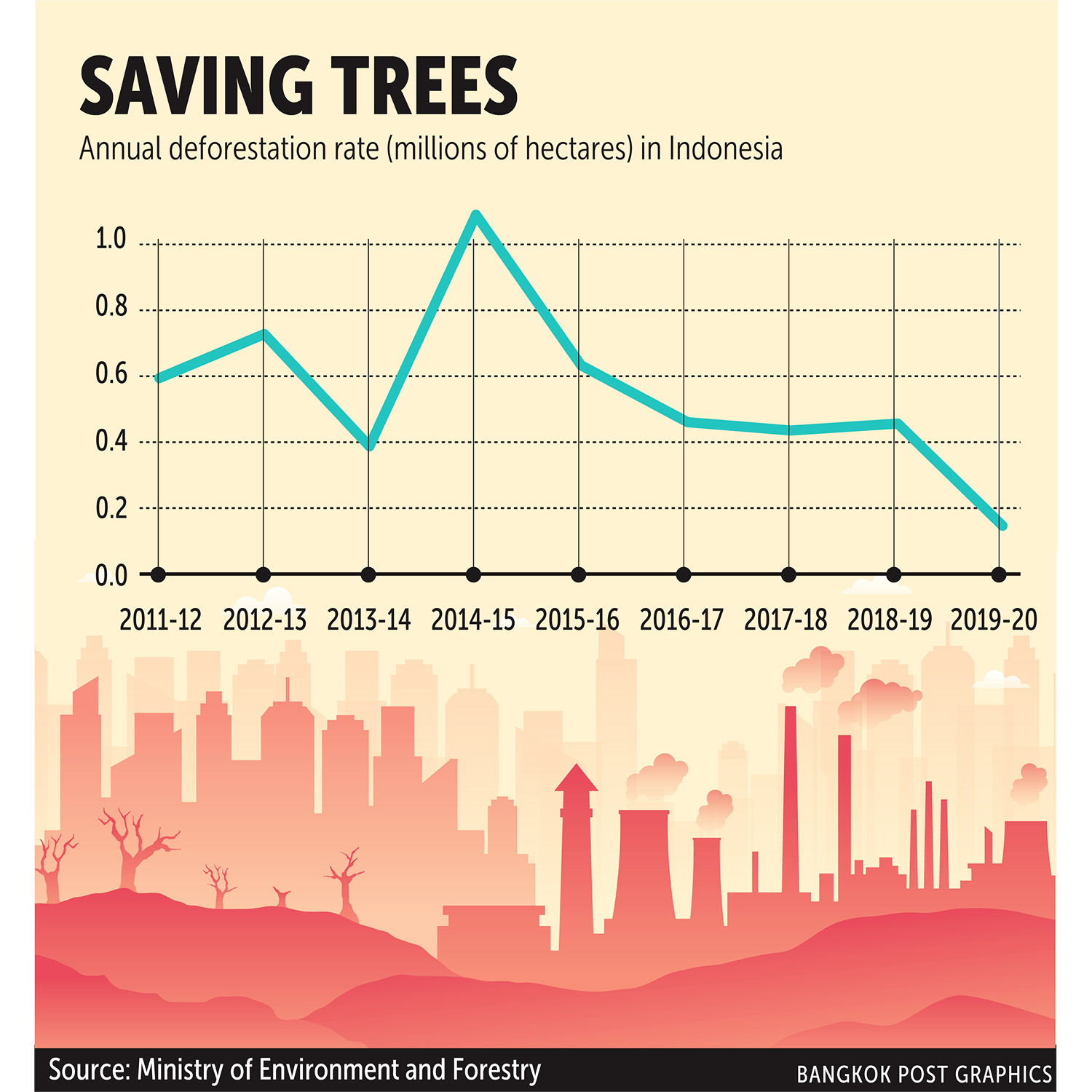 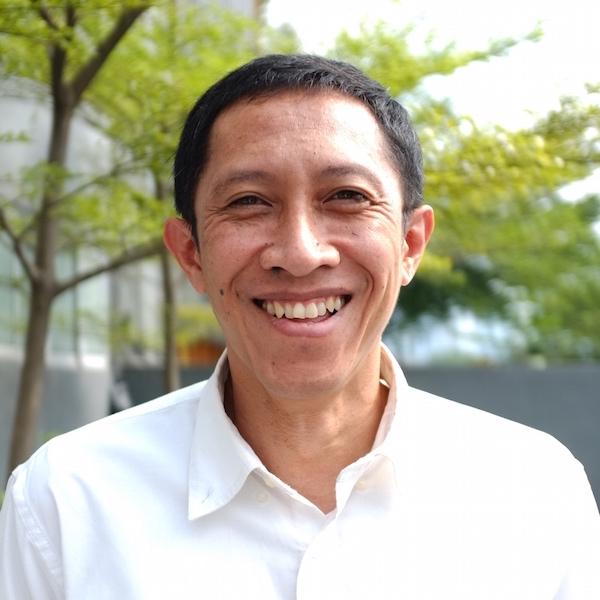 Mr Samadhi said it was commendable that brands and retailers have joined the movement to clearly label their goods as certified palm oil products, providing consumers with the information they need if they want to "reward the good actors".

"For years, we have been waiting for consumer-facing brands to put certified palm oil products on the shelves of Indonesian stores," he said, citing the supermarket chain Superindo as an example of a retailer that has stepped up its game.

The company now tells consumers that its house-brand cooking oil certified by the Roundtable of Sustainable Palm Oil (RSPO), an international non-profit group that encourages the development of sustainable practices in palm oil production among its stakeholders.

According to Mr Samadhi, applying a certified palm oil label raises the bar for other brands and retailers to start thinking about giving consumers the option to buy ethically produced goods. At the same time, supply chain actors will be compelled to up their game to ensure that no-deforestation commitments become the mainstream for all commodities, now that the moratorium on palm oil permits has expired.

The moratorium, which President Joko Widodo issued in 2018 to put a brake on deforestation in the world's top palm oil producing country, lapsed in September but was not extended. So far, there is no indication whether the government will extend the moratorium. 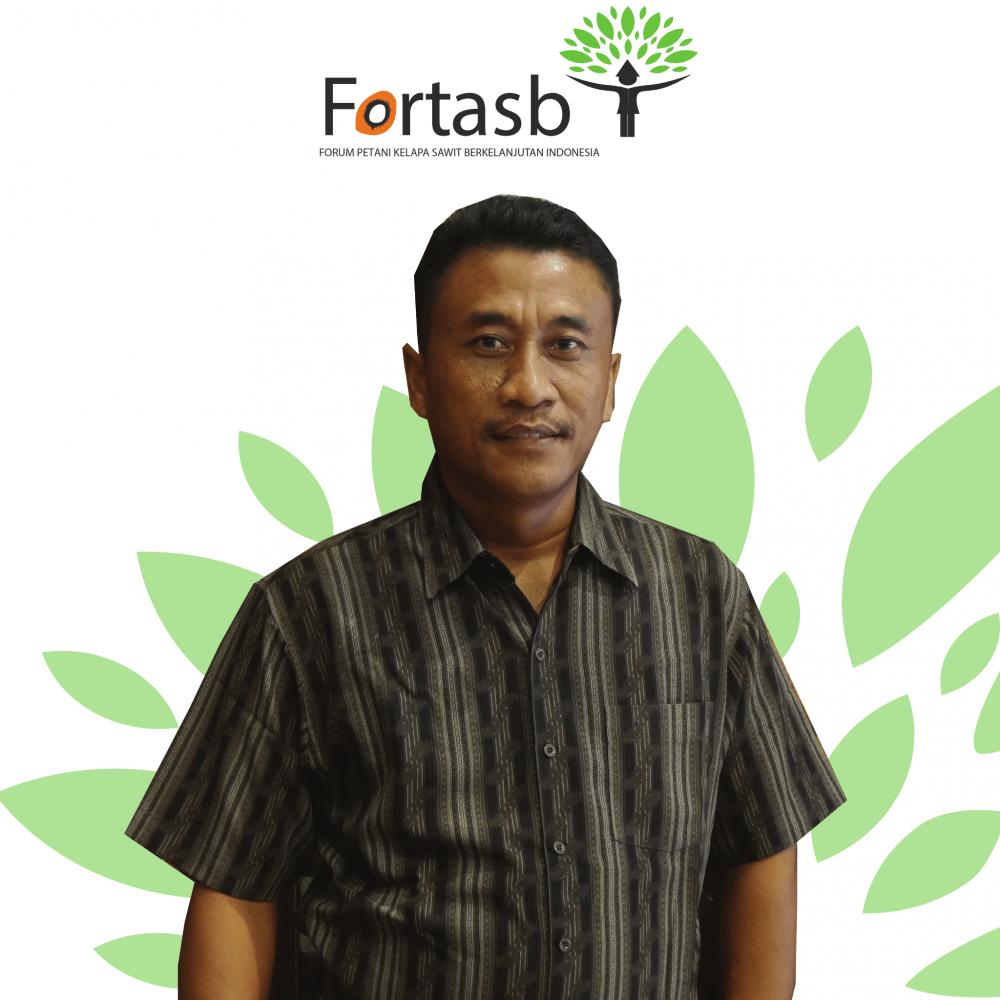 “I hope that in the future, there will be more companies interested in purchasing credits from RSPO certified farmers,” says Narno, chairman of the Indonesian Sustainable Palm Oil Farmers Forum.

The government claimed the moratorium has resulted in a historic reduction in deforestation, although it was quickly disputed by environmentalists who said otherwise.

In his keynote speech at the United Nations Climate Change Conference (COP26) in Glasgow in early November, the president said the rate of deforestation was the lowest in 20 years. The Ministry of Environment and Forestry said in March this year that the country lost 115,460 hectares of forest in the 2020 fiscal year, down 75% from 462,460 hectares in 2019.

Government figures show the country also managed to maintain its total forest cover at slightly more than half (50.9%) of its total land area, at 95.6 million hectares. That's more than double the size of California and behind only Brazil and the Democratic Republic of Congo in terms of tropical forest area.

"Given the extensive rainforest and peatland ecosystems within our region, and the economic contributions of its agribusiness and forestry sectors, we must continue to take action on driving Southeast Asia toward a higher standard of sustainability," he said.

For its part, Superindo, which is part of the Dutch-Belgian global retail network Ahold Delhaize, has recognised that eco labels are important for consumers, industry, governments and also retailers themselves. 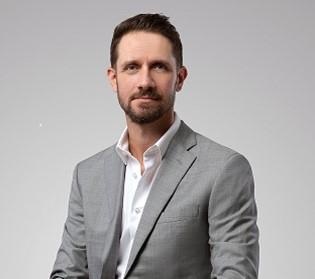 Eco labels can provide consumers information about how the product is sourced, which guides their purchasing decisions. For businesses, they are a means for measuring performance and also communicating the environmental credentials of a given product, while for governments, the label encourages behavioural change by producers and consumers toward long-term sustainability, said Yuvlinda Susanta, general manager of corporate affairs and sustainability of PT Lion Super Indo, who also addressed the webinar.

She said the retailer has identified several commodities, which include tea, coffee, cocoa, cooking oil and soy sauce, all offered under the Superindo house brand, that should come from sources with certification for an acceptable standard.

"The commodities that we have identified are critical ones because they are linked to major environmental and social issues such as deforestation, carbon emissions, child labour, forced labour, illegal fishing and others," Ms Susanta said.

Other than the much-scrutinised palm oil, coffee -- which Superindo has identified as linked with critical issues -- is another high-demand commodity that also needs to have a traceable sustainability footprint along its supply chain, so consumers can be assured that the product they are using at home is being responsibly produced and responsibly sourced.

"I think we're going down the same path with coffee. We can see that the trend is already starting in the northern hemisphere," said Rubens Marques, the chief executive officer for Indonesia of Louis Dreyfuss Company, one of the world's largest agricultural commodity trading companies.

"People know that coffee is also grown in the tropics in areas where you have primary forest, in areas where we have potential social conflicts and issues with child labour."

But ensuring traceability of coffee produced in Indonesia comes with a set of challenges as most of the coffee production in the country is coming from smallholder farmers, though it also represents a set of opportunities.

Mr Marques said that Louis Dreyfuss, which he said has achieved 100% traceability from directly sourced palm oil and close to 88% traceability of the soybeans it sources, is aiming by 2025 to ensure that 70% of all the coffee it buys is compliant with the company's code of conduct, and to have at least 20% out of all coffee purchases traceable down to the farm level.

It plans to achieve these "very ambitious targets" by implementing a responsible sourcing programme with three different standards: gold, silver and bronze.

"We all love certified coffee just like we love certified palm [oil] but unlike palm, in coffee, as I mentioned, you're basically relying on smallholder farmers," he said. "This programme is a bit like a stepping stone for farmers to eventually achieve the internationally recognised certification schemes.

"What we're doing here is basically reaching out to the farmers and guiding them through the process of adopting more sustainable practices."

Smallholder farmers in Indonesia make up a large share of commodity producers, with smallholder coffee farmers accounting for 90% of all output, while the figures for rubber and palm oil are 85% and 42% respectively. This makes sustainability quite tricky and challenging as the number of certified sustainable smallholders, specifically for palm oil, is still very low with less than 10%, much lower than adoption rate of sustainability standards by the private sector, said Bukti Bagja, the land use accountability project lead with WRI Indonesia.

Making the changes necessary to reach a recognised certification standard can be a costly and time-consuming process, which deters most small-scale farmers from making the attempt.

"It is a big challenge for us. So, to understand their issues, we have to start from understanding the dynamic of the rural communities where smallholders currently live," Mr Bagja said.

Smallholders are a dynamic society that is now undergoing change from homogeneous to heterogeneous communities, with of migration from other provinces or ethnic groups, he pointed out.

For generations, the legal foundation of most small-scale farmers' activities was customary, but increasingly they find themselves being pressed to comply with national law, while their rural economy is increasingly based on commercial considerations influenced by global commodity demand. Many are shifting from subsistence agriculture to rubber, then rubber or timber, and eventually rubber or palm oil.

"The focus is mostly still on economic growth with little attention to environmental and social aspects," said Mr Bagja, adding that the result has been huge gaps in most sustainability aspects, including legality, record-keeping, application of agronomic, social and environmental standards, and dependence on third parties for assistance such as donors, non-governmental organisations and private companies, as well as low self-investment in certified sustainability practices. 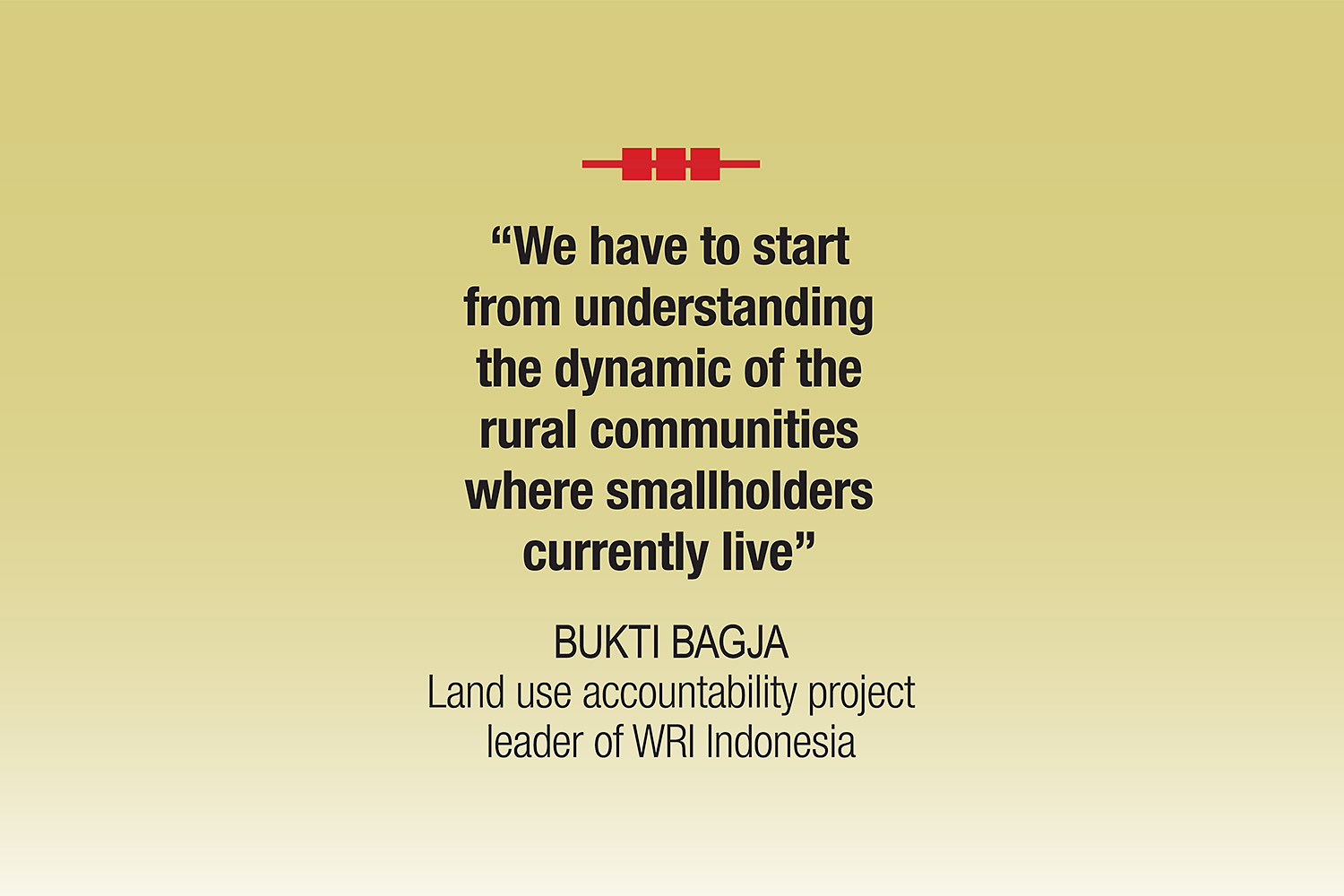 But for some clusters of smallholders, the way forward involves collaboration and partnership rather than dependence. Collaboration and partnership with the government, private companies and non-governmental organisations has been a key in getting many smallholders obtaining Indonesia Sustainable Palm Oil (ISPO) and RSPO certifications, said Narno, chairperson of the Indonesian Sustainable Palm Oil Farmers Forum (Fortasbi).

It takes a year of preparation for smallholders seeking certification, which could be costly for most, and so takes time to change their mindset, but Fortasbi members across Indonesia have benefited from the scheme, said Narno, who goes by one name.

"We have had RSPO certification for almost 10 years and ISPO for almost five years now," he said. "We have been able to maintain it because our members and even smallholders who are not our members have enjoyed the benefits. We need the certification because it brings us a lot of changes."

Fortasbi has set a target to get 10,000 smallholder members certified for ISPO by 2024 as the certification will be required for all independent farmers in Indonesia in less than five years.

The forum also says it has been helped by buyers of RSPO credits, under a programme that offers proof that one tonne of certified palm oil was produced by an RSPO-certified company or independent producer and has entered the global palm oil supply chain. By purchasing credits, buyers are offsetting their palm oil usage by investing in a more sustainable market.

Earlier this year, Fortasbi held an event in appreciation for 11 global companies in the fast-moving consumer goods and cosmetics sectors for purchasing RSPO credits from about 7,500 certified members, with a total purchase value of US$1.5 million.

"I hope that in the future there will be more companies interested in purchasing credits from RSPO certified farmers, as their purchases would contribute to environmental protection and help provide social protection for independent smallholders in Indonesia," Narno said.