A traveller wearing a protective mask is seen at Suvarnabhumi airport on Tuesday. (Photo: Somchai Poomlard)

Half of the outbound tour operators remaining in the market are facing tremendous challenges during the recovery period as they have insufficient staff and funds to cater to growing demand next year.

Suthiphong Pheunphiphop, president of the Thai Travel Agents Association (TTAA), said only 400 of the 800 total outbound tour companies have survived the past two years, of which 150-200 operators are maintaining sales activities as they pivot towards domestic tour packages.

However, as most of them are small and medium-sized operators they have had to cut the number of staff to 2-5 people to save on operating costs. They also face difficulties restoring outbound services as such packages normally require higher costs and more workers than domestic trips, he said.

"Over 80% of remaining businesses maintained their workforce at only 10% of the pre-Covid level. They are unable to handle inquiries from customers such as big corporate groups who are looking for outbound trips next year," said Mr Suthiphong. 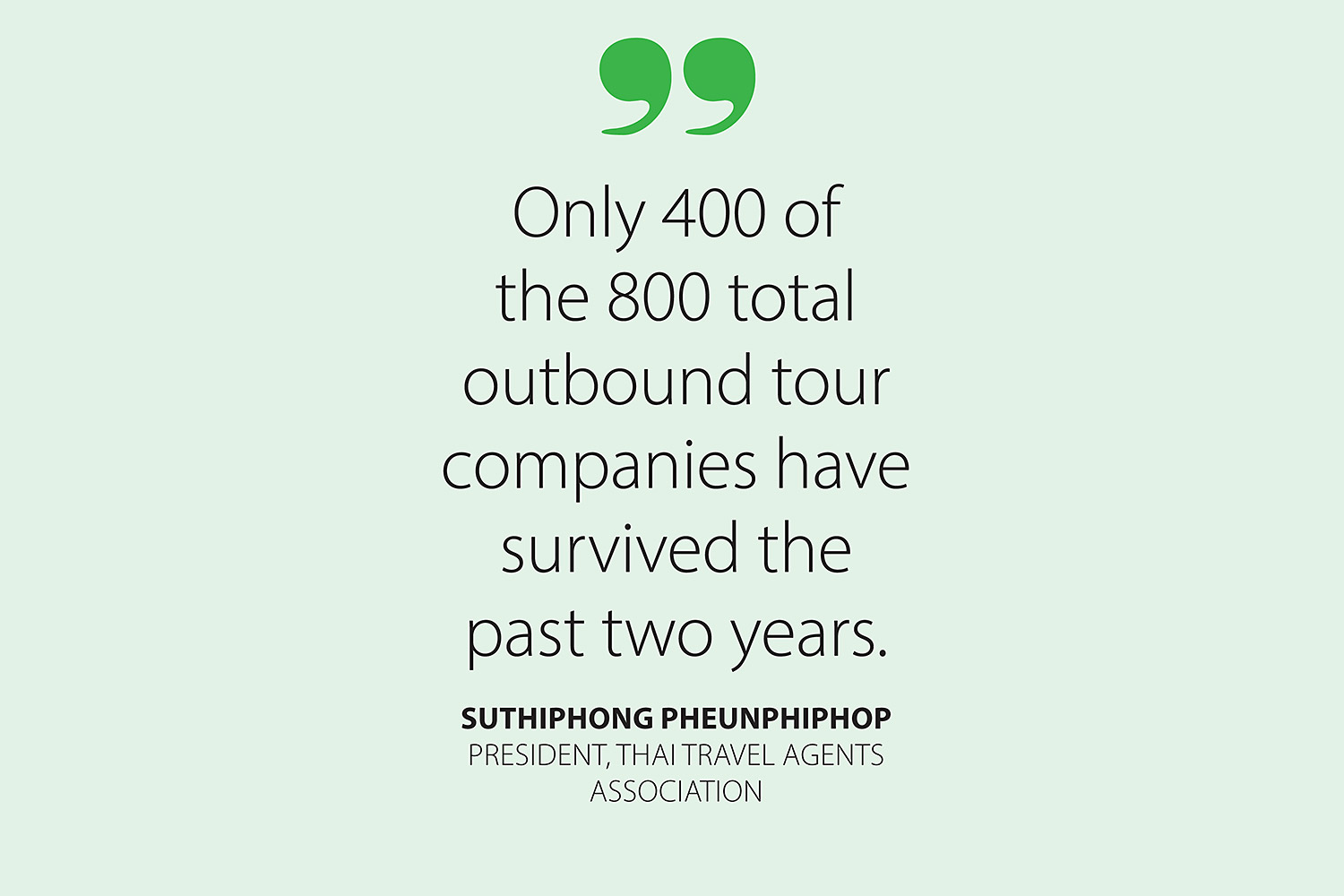 He said outbound demand was shaken a bit in late November with the emergence of the Omicron variant, but as the outcome has not been severe, pent-up demand is expected to be robust, particularly from those who can afford to travel to Europe.

In the first quarter next year, the TTAA has prepared at least five trips for tour operators that want to resume outbound services to Dubai, Switzerland, Germany, France, Scandinavian countries and the US.

After exploring potential tourism products, they can start selling outbound packages for the Songkran holiday in April, which is the critical period to gauge the growth of outbound demand for the whole of next year, said Mr Suthiphong.

To help small operators, the TTAA floated the idea of setting up a joint company, gathering 20-50 small firms as stakeholders to share central operations, enabling them to continue receiving tour bookings for a few years until their companies can restore operations to their former level.

Travellers must be convinced they will not encounter fraud as in the past, when wholesale operators abruptly cancelled their trips and could not return deposits or tour fees to customers, he said.

Mr Suthiphong said the TTAA already held a preliminary discussion with members about the joint company and plans to discuss the issue further on Dec 17 to decide on an organisational structure.

However, if most members are not ready to incorporate, the association needs to seek another way to help mitigate the impact of the pandemic, he said.

The TTAA is planning to hold its first physical event since the pandemic, the 27th Thai International Travel Fair, from Dec 23-26 at Iconsiam. Some 300 exhibitor booths are almost fully booked.