Under pressure from politicians and human-rights groups, advertisers look to delicately calibrate campaigns for the Winter Games

The Chinese government recently organized a media tour of venues for the Winter Olympics. (Photo: Reuters)

Advertisers are treading carefully when it comes to peddling their products and services during February's Beijing Winter Olympics, which have been shrouded by criticism over China's human-rights record.

Some brands are considering not including any references to the host city in their Olympic marketing efforts, according to advertising and marketing executives. Others plan to run non-Olympic-themed ads during the Games. Some are turning to public relations outfits for help to navigate the politics that have surrounded the event.

The Olympic Games are typically a chance for the world's biggest brands to pitch their products and services to a large global audience.

Companies spent more than $920 million on national TV ads that aired on Comcast Corp.'s NBCUniversal during the 2018 Winter Olympics in Pyeongchang, South Korea.

This time, brands are under pressure from U.S. politicians and human-rights groups to pull out of the Olympics and/or speak up on human rights.

The Biden administration earlier this month decided not to send U.S. officials to the Beijing Games, citing what it described as China's determined suppression of a Muslim ethnic minority China's Xinjiang region and other human-rights abuses.

The Chinese Embassy in Washington, D.C., said allegations of abuses in Xinjiang had been fabricated by the U.S., and that the U.S. shouldn't politicize sports.

The pressure campaign has advertisers facing the task of trying to appease politicians while also trying to avoid running the risk of alienating China, a critical source of profit for many global businesses.

Mark DiMassimo, founder of ad firm DiMassimo Goldstein, said some of his clients are considering running evergreen ads rather than create specific Olympic-themed commercials for the 17-day event, which is set to start on Feb. 4 and be broadcast in the U.S. by NBCUniversal.

Most advertisers are expected to avoid making public statements against China for fear of retaliation, said marketing experts.

"Brands are concerned how their actions could be interpreted by the Chinese government, and history has shown that China could take action against them if they speak out,'' said Rick Burton, a sports-management professor at Syracuse University who served as chief marketing officer for the U.S. Olympic Committee for the 2008 Beijing Games.

Intel Corp., a major Olympic sponsor, last week faced an intense social-media backlash in China after a letter published on its website asked its suppliers to avoid sourcing from Xinjiang.

Optimum Sports, a sports-marketing firm, said it has been advising brands to make sure their Olympic ads focus squarely on promoting the athletes.

"The safest area for any brand supporting the Games," said Jeremy Carey, Optimum's managing director, "is to say this is about the athletes."

Highlighting specific athletes in commercials -- a popular approach to Olympic advertising -- is riskier than usual this time around, given the recent surge in Covid-19 infections driven by the highly transmissible Omicron variant.

The National Hockey League and its union on Wednesday said players wouldn't participate in the Olympics amid a disruptive Covid outbreak.

Some Olympic sponsors have been speaking regularly with International Olympic Committee officials and each other to discuss the controversy surrounding the Beijing Games, according to a person familiar with the matter.

Some sponsors have pressed the IOC to tell U.S. politicians that sponsorship dollars are used to support the athletes, in an effort to avoid having political leaders publicly attacking sponsors of the Games, according to people familiar with the matter.

The IOC said it has used multiple opportunities to make the its mission and Olympic sponsors' roles better known in Washington, D.C. 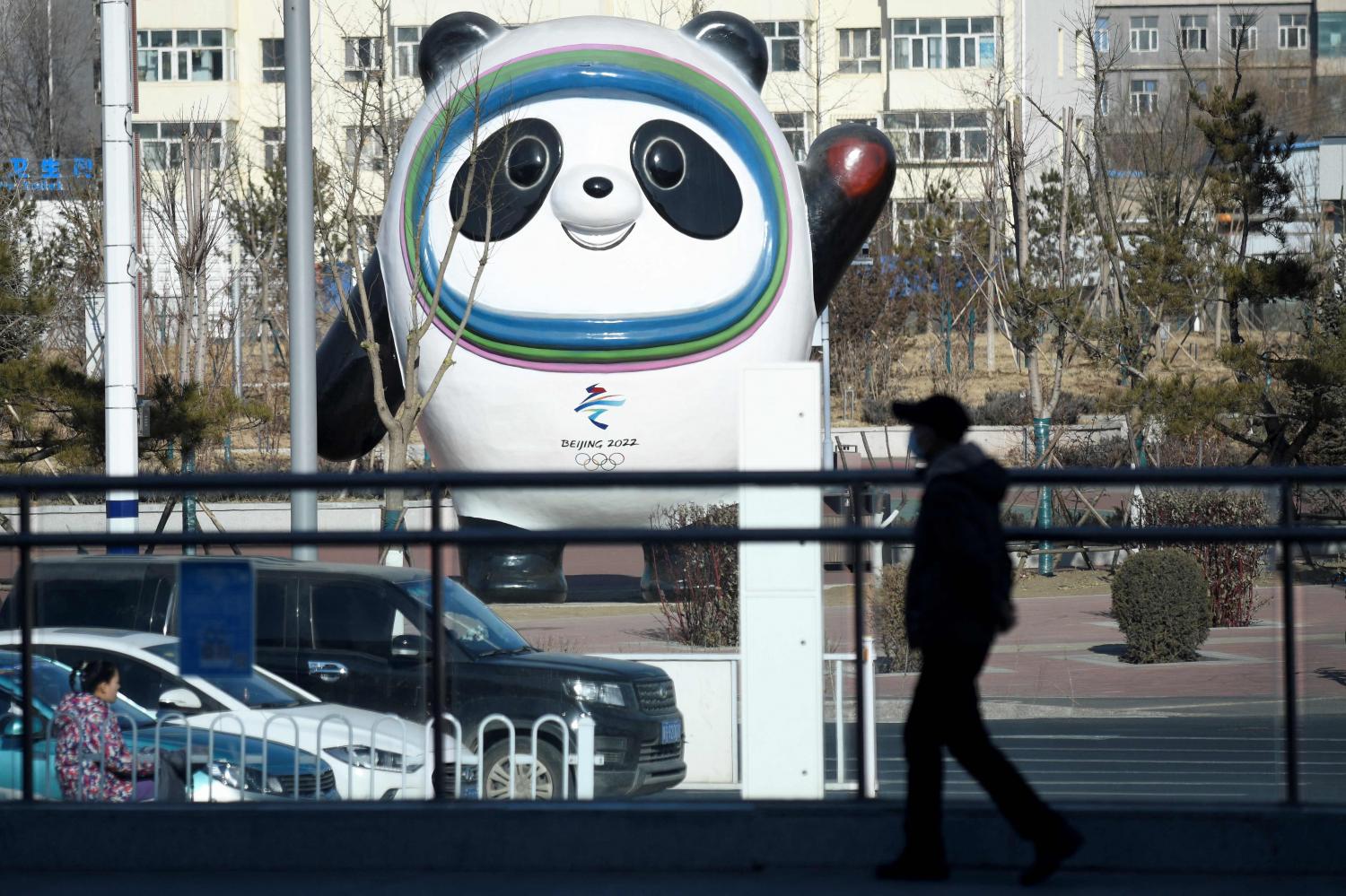 Earlier this month, Sen. Marco Rubio (R., Fla.) urged the Olympics' top sponsors such as Coca-Cola Co., Intel and Toyota Motor Corp. to pull all their ad dollars from the Games if they continued to be held in Beijing.

Human Rights Watch, an advocacy group, has urged sponsors to explain publicly how they are using their leverage to address alleged rights abuses in China.

A handful of top sponsors were also pressured by U.S. lawmakers -- including Sen. Jeff Merkley (D., Ore.), Rep. Jim McGovern (D., Mass.), Sen. Tom Cotton (R., Ark.) and Rep. Chris Smith (R., N.J.) -- during a July meeting of the Congressional Executive Commission on China, a bipartisan committee that monitors human rights and the development of the rule of law in China. During the meeting, brands were asked to use their influence to insist on improvement in human rights in China.

During the July hearing, the companies defended their sponsorships and said their role in the Games was to support athletes around the world.

"Our sponsorship of the Olympics is not an endorsement of any specific host country, nor acceptance of every activity that may occur within any specific country," Steven Rodgers, Intel's executive vice president and general counsel, said at the hearing.

"Intel's sponsorship of the Beijing Games does not negate or undermine the chip maker's commitment or respect for human rights,'' he added.

Paul Lalli, Coke's global vice president of human rights, said during the hearing that the beverage giant "does not endorse cities or countries or governments. We sponsor events and competitors."

The official U.S. broadcaster of the Games, also has been singled out.

In a letter sent to NBCUniversal CEO Jeff Shell last week, Messrs. Merkley and McGovern called on the network to use its coverage of the Games to raise awareness of alleged human-rights abuses in China and to press Chinese authorities to publicly affirm media and religious freedom during its coverage.

Companies in the past have suffered financially from taking a stance on China.

H&M Hennes & Mauritz AB was wiped off China's internet after the fast-fashion giant said it would stop sourcing from Xinjiang.

A Chinese consumer boycott followed, and H&M lost some $74 million in sales in China for the three months ended May 31.

The National Basketball Association said it lost hundreds of millions of dollars due to a standoff between the league and China that started in 2019, when the general manager of the Houston Rockets expressed support for pro-democracy protesters in Hong Kong in a tweet.

Rachel Bachman contributed to this article.