A woman wearing a face mask to prevent the spread of Covid-19 walks past New Year calendars highlighting the year of the Tiger on display at Yaowarat market. Apichart Jinakul

Tourism operators are losing hope in both the New Year and Chinese New Year holidays as the Public Health Ministry forecasts a worst-case scenario of over 30,000 Omicron infections per day in the first quarter.

"Whatever decision the government has to make to battle the new outbreak, we don't have a choice but must strictly comply with the rules from health experts, including the suspension of the Test & Go scheme which might be extended beyond Jan 4, 2022," said Sisdivachr Cheewarattanaporn, president of the Association of Thai Travel Agents.

Mr Sisdivachr said the new scenario means the tourism industry is unlikely to reap benefits from the Chinese New Year holiday, which next year will start in early February.

According to the Public Health Ministry, if the Covid-19 variant spreads widely and rapidly, the best-case scenario might see 10,000 new cases on average by mid-February, but in the worst-case scenario, the number of cases might reach over 30,000 per day.

The viral situation in Thailand, when Delta was the dominant strain, peaked in August with a record daily high of 23,418 infections.

Mr Sisdivachr said that as the global community has become more worried about Omicron, the tourism situation was highly volatile and unpredictable.

On the other hand, tourism activities may bounce back if most Omicron patients end up with just mild symptoms and the overall situation turns out to be less harmful than expected, as people will continue their trips as usual.

Suthiphong Pheunphiphop, president of the Thai Travel Agents Association (TTAA), said the tourism situation this month remained healthy as those with Test & Go approval can continue with their plans. 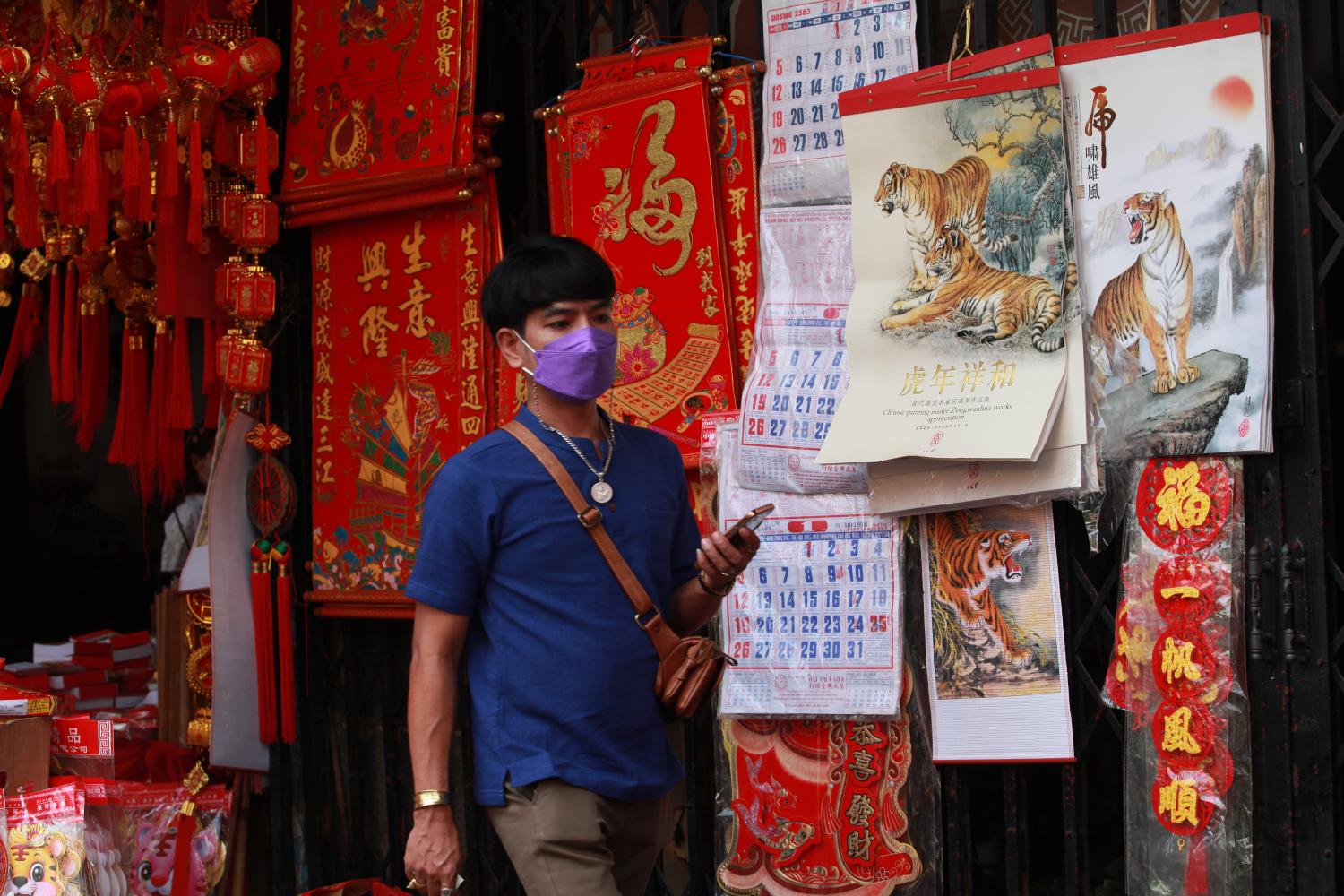 A man wears a face mask for prevention of Covid-19 while walking past New Year calendars for the year of the Tiger that are being sold at Yaowarat market. Apichart Jinakul

However, next January and February are expected to be quiet months for both inbound and outbound tourism as flights are gradually cancelled during the first two months of 2022.

Mr Suthiphong said that even though international tourists still have the Phuket sandbox as an option, demand will be limited as not every tourist wants to visit the province, let alone for the mandated seven days.

He said local purchasing power is also predicted to be stagnant, as seen at the travel fair featuring 300 tourism operators that TTAA organised over the past weekend at Iconsiam.

Mr Suthiphong said the government's hotel subsidy programme, to which the cabinet has allocated an additional 2 million rooms, will get a lot of feedback from local travellers, unlike the Tour Teaw Thai tour subsidy programme which might only see a 10% take-up of the places available.

According to Tourism Authority of Thailand, the additional rooms in the hotel subsidy scheme will open for bookings from Jan 24, with travel starting from Feb 1.