Thon Buri-Wong Wian Yai-Bang Wa was ranked as the most desirable condo area after an extension of the Blue Line began running to the location, according to a study by property research and consulting company Terra Media and Consulting.

Managing director Sumitra Wongpakdee said the MRT Blue Line, which completes its loop around the centre of Bangkok, has since last year helped facilitate trips from the Thon Buri area to workplaces in Silom, Sathon and Sukhumvit.

"With the MRT, the Thon Buri area, where there are also BTS stations, is closer to the central business district than other locations," she said. "It dethroned Ratchada-Rama 9-Phetchaburi, the number one location last year."

For low-rise houses, Bang Na was the most in-demand location as the metropolitan growth has expanded to eastern Bangkok.

The location was also an area located near a cluster of warehouses which has seen rising demand due to an online business surge.

The market research was conducted by Terrabkk.com from Oct 29-Nov 30, with the 1,000 respondents intending to buy a residential unit within three years and with a monthly income of at least 12,000 baht. 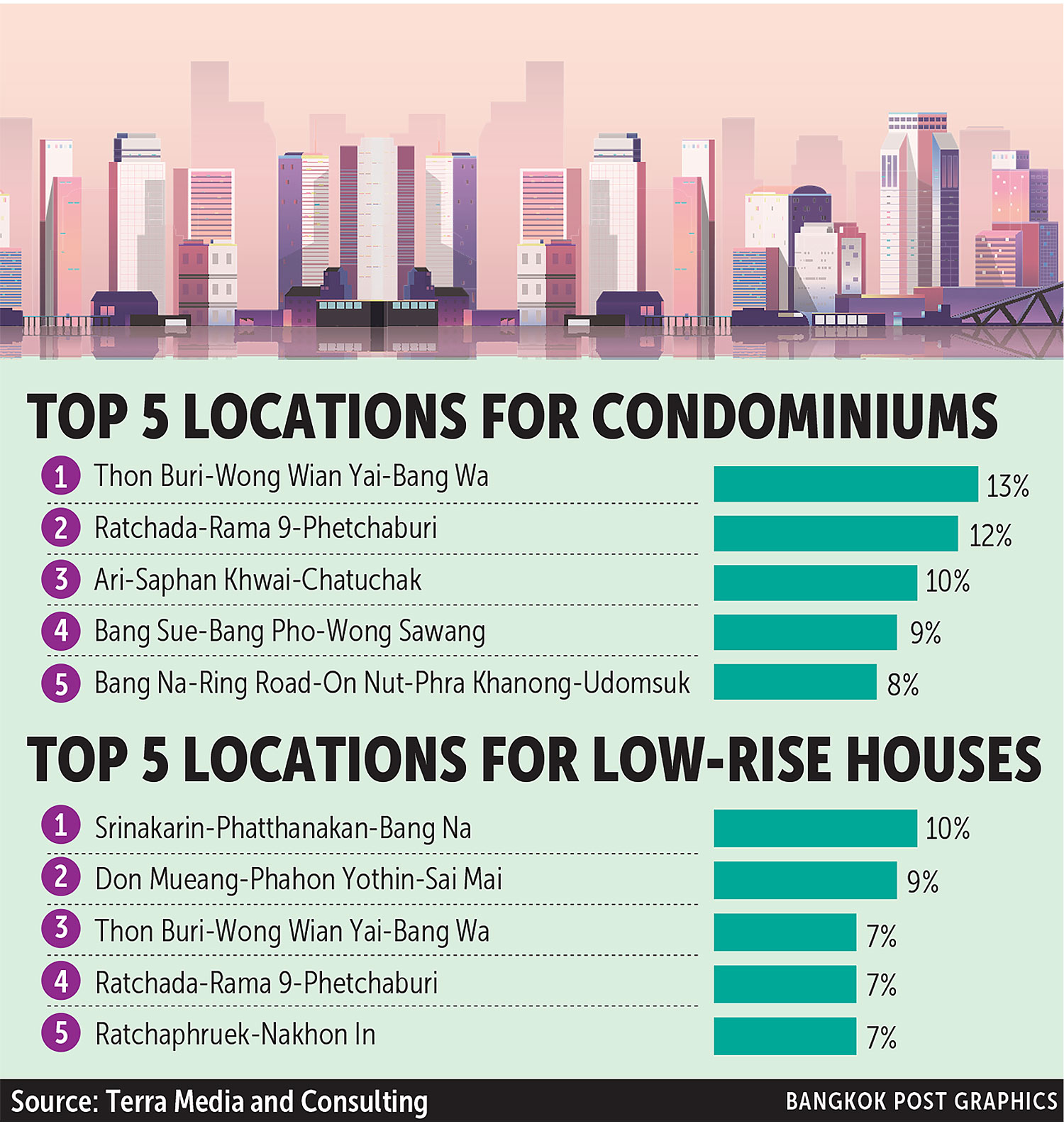 A single detached house was the property type they most wanted to buy, at 63%, followed by condo (39%), town home (28%), resort home (18%) and semi-detached house (13%). Unit prices of between two to five million baht were the most popular.

"The intention to buy a shophouse this year doubled from last year, driven by salarymen who had less income during the pandemic and wanted to have a second job like online sales," she said. "A shophouse can be used as a house and a warehouse."

Ms Sumitra said this year's survey was the first time that resort home was picked as a choice as it was popular among civil servants, employees in state enterprises, and professions such as engineers and doctors.

Overall, the top three reasons to buy a new house were a desire to own a home, wanting a better society and security, and to invest or speculate.

For single detached houses, some potential buyers want to buy it to replace their small or old properties.

Those who wanted to buy a condo or a townhouse were keen for a location near a mass transit line.