Japanese medical equipment manufacturer Nipro Corporation recently unveiled the company's innovative disposable syringes, a timely solution that can stretch the Covid-19 vaccine dosage amid an increase in Covid-19 infections and warnings against the latest Omicron variant.

Yo Terada, president of Nipro Sales (Thailand), told the Bangkok Post that the specially designed syringes called Dosesaver™ would propel efforts to quell the spread of the virus, especially in countries facing issues relating to limited vaccine supplies.

"There are several methods to mitigate the spread of Covid-19 and mitigate the symptoms. Vaccination remains one of the easiest ways to increase herd immunity in a short period of time. We deliver high-quality products that are the key equipment in the fight against Covid-19," Mr Terada said while pointing out how successful vaccination rollouts still require well-made syringes. The specially designed disposable syringes ensure that each vaccine vial is optimally utilised. 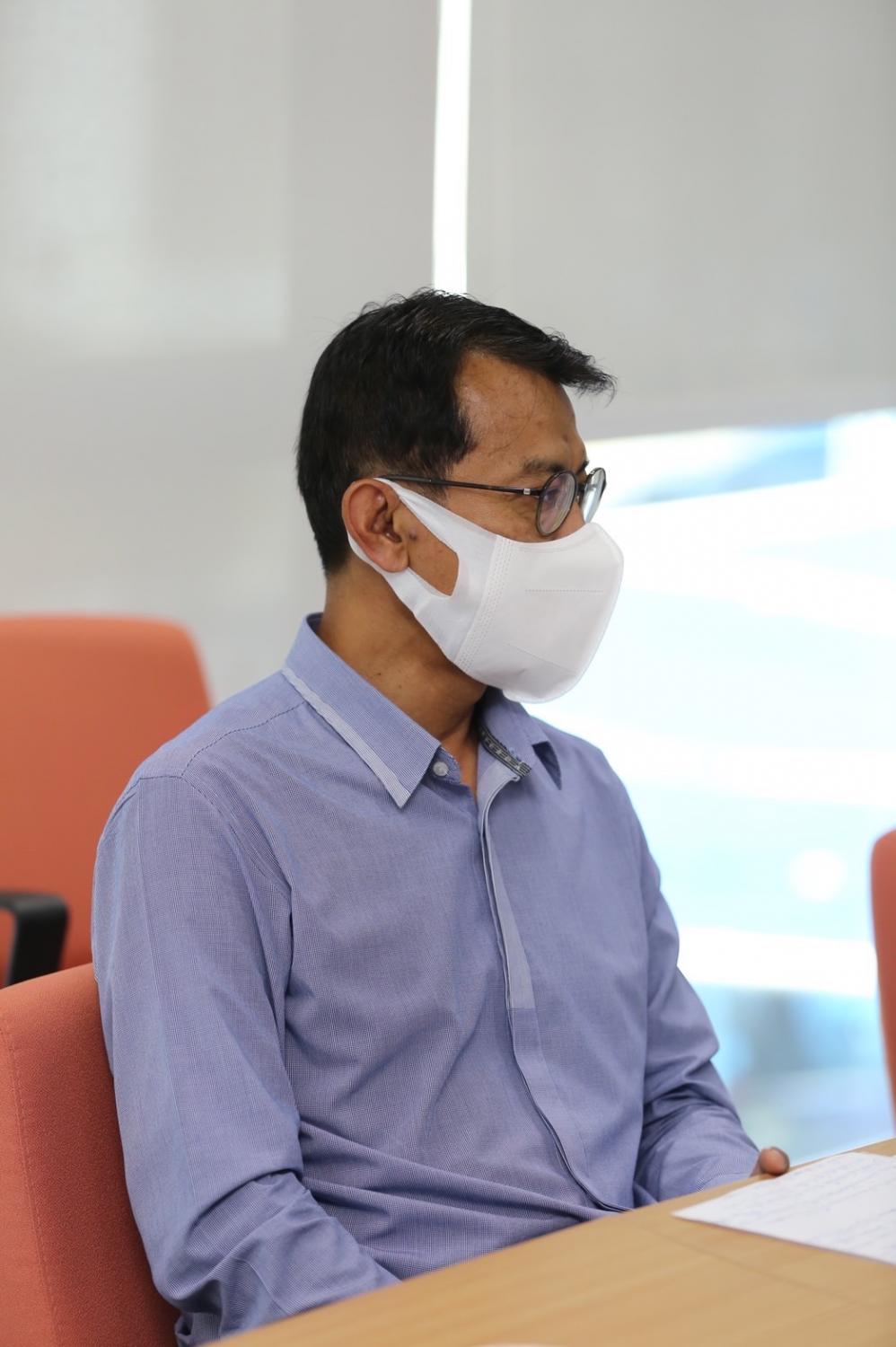 Mr Seree explained that Nipro strategically selected Thailand as its first manufacturing facility outside of Japan.

Mr Terada explains how a regular syringe traps a portion of the vaccine between the needle and syringe following the administration of a jab. Such an area is called "dead space" as the vaccine can no longer be expelled.

To solve the issue, Nipro will introduce two disposable Dosesaver syringes – Low Dead Space and Non-Dead Space – to the Thai market during December of 2021. The Low Dead type contains a specially designed gasket that can reduce the space in the syringe's tip, while the Non-Dead type is equipped with a unique fixed needle at the syringe's tip to help eliminate the dead space.

For example, when a traditional syringe is used to administer a Covid-19 vaccine, as it contains 2.25 millilitres of vaccine solution and can yield 5 shots. But there is an improvement that results in an increase of the vaccine dosage to 6 shots by Low Dead Space and 7 shots by Non Dead Space, respectively.

High-quality vaccination products offer benefits such as reduced wastage and the protection of the health of Thais. In addition, Mr Terada highlighted how another crucial use of specially designed syringes lies in cost-efficiency.

"It is a cost saving for the governments that purchase the vaccine because if they use Dosesaver, especially the Non-Dead type, they can get 7 shots from one vial instead of just 5," he said.

"Volume-wise, it increases the availability by 40% and for the cost-saving, this would help save around 30%. Let's suppose that one vial is US$200, and you can take 7 shots from there. The price per shot goes down."

MADE IN THAILAND FOR THAIS

As for production, Nipro strategically selected Thailand as its first manufacturing facility outside of Japan. The 150,000-square-metre factory located in Ayutthaya employs 7,200 Thai workers.

Seree Sudjai, Nipro Thailand Corporation's factory manager, explained that the reasoning behind the selection lies in the country's large talent pool and proximity to international markets, such as Japan and the West.

Most importantly, the factory manager stressed that having a production hub in Thailand helps the country increase its local production for domestic consumption.

"Nipro Thailand Corporation's factory is located in Ayutthaya. We produce products locally here in Thailand for Thai people. This is why Nipro has invested millions of baht in purchasing more equipment, including sterilisers and Cobalt-60 [a synthetic radioactive isotope] to sterilise medical equipment," Mr Seree said.

The production growth aligns with Nipro's environmental, social and governance (ESG) responsibility plan as a comprehensive medical manufacturer. One of the company's main objectives is to enhance product competitiveness while simultaneously manufacturing safe and reliable products.

Regarding sustainability, Nipro is committed to reducing greenhouse gas emissions by 46% by 2030. The firm installed a solar power generation system in Thailand's first phase in 2018 to supply 1.50 megawatts to promote renewable energy and continued in 2021 with a second phase of 1.90MW, generating a total of 3.4MW.

The Japanese company's success is driven by its well-established reputation on the world stage for more than half a century. Nipro maintains high manufacturing standards that result in quality medical products. Overall, Nipro's healthcare products benefit users and society at large. Nipro has laid a strong foundation as a trusted partner in the healthcare industry in many countries around the world for several decades.

The Japanese manufacturer now operates more than 30 factories in different parts of the world, including the United States and Latin America, Europe as well as Asian countries, with the majority being in Japan.