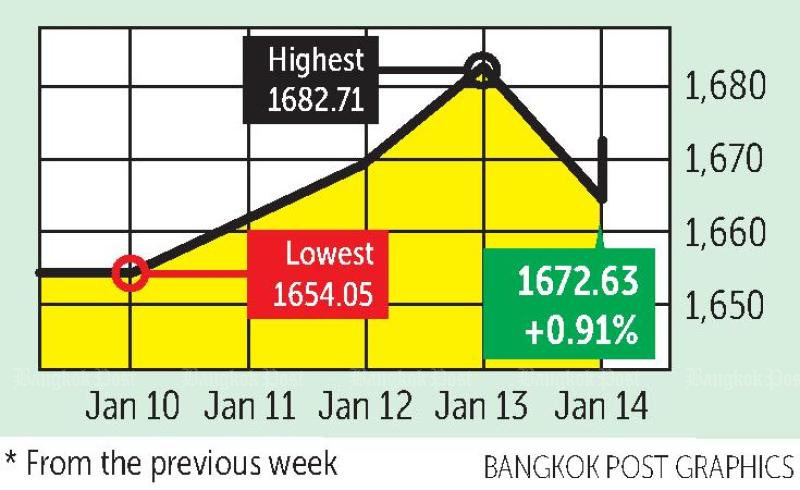 Newsmakers: Global growth will "decelerate markedly" this year, but the Omicron variant of Covid-19 could make the situation worse and exacerbate labour shortages and supply chain snarls, the World Bank warned on Tuesday.

Stocks to watch: Capital Nomura Securities recommends investing in dividend stocks as payout season from March to May nears. Stocks expected to report good second-half 2021 results and pay out yields of at least 2.3% are TISCO, TTB, LH, KKP, BBL, MC, AP, SC, NER, SAT, BCP, TVO, ICHI and THANI. The brokerage also expects banks will report excellent profits for the fourth quarter of 2021. It likes SCB and TTB among banks and GULF, ICHI, KCE, BLA and IVL in other sectors.