Food delivery platform Foodpanda vows to invest more in Thailand and gear up for a "brand love" approach amid intense competition in the market, part of a move to revitalise its brand.

"This year Thailand's online food delivery market will be the most competitive in Southeast Asia, reaching a peak with 5-6 players in the market," said Alexander Felde, co-founder and managing director of Foodpanda Thailand.

Over the next few years, a consolidation phase is likely as players gain more market share, paving the way for business sustainability, he said.

The local food delivery market expanded in 2021, but the growth rate waned from 2020.

The country's online food delivery market reached 100 billion baht in gross merchandise value (GMV) in 2021, which is substantial, and the growth will continue, Mr Felde said. 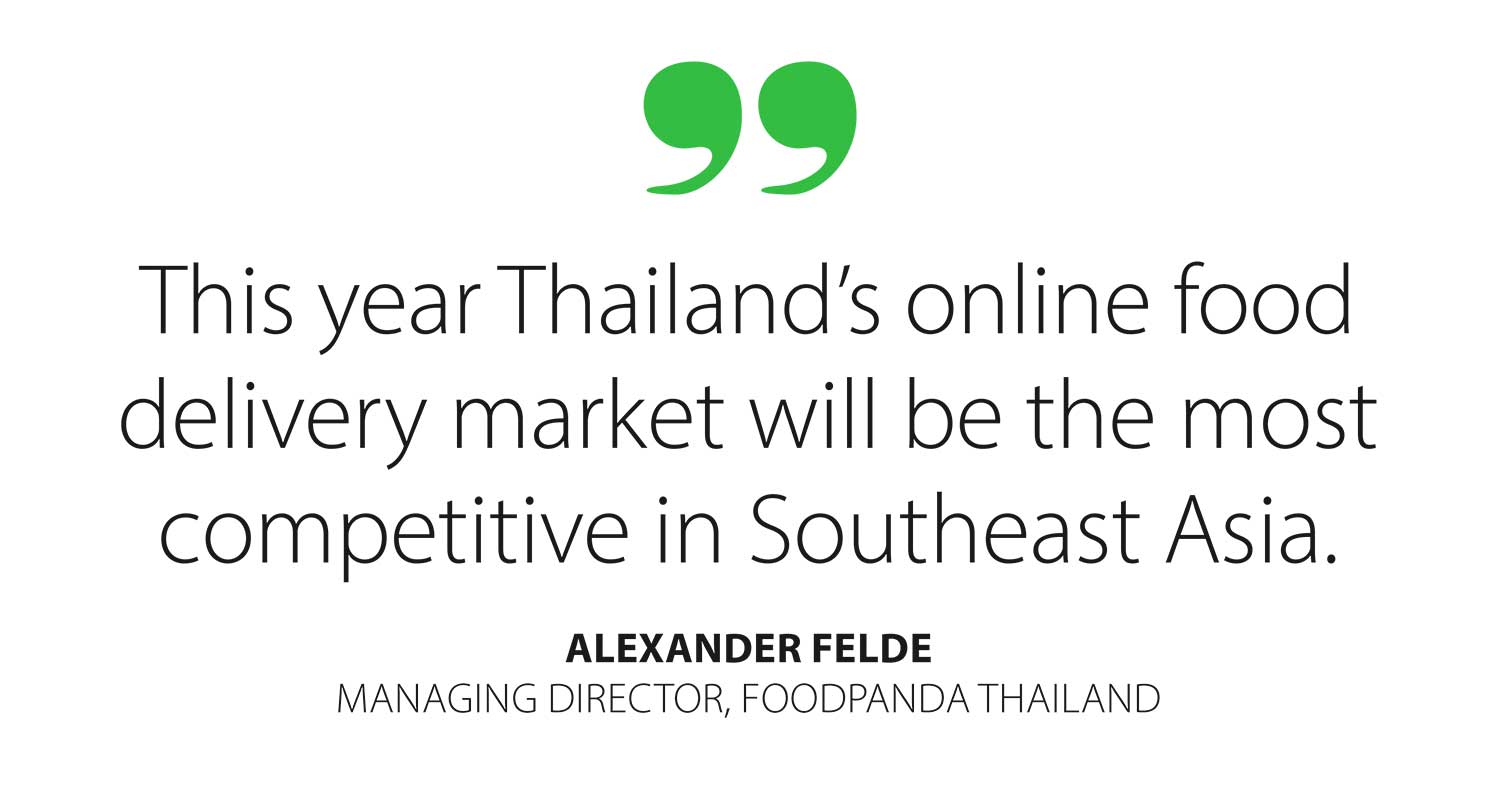 Regarding the moves, Mr Felde said Germany and Japan were new markets for Foodpanda.

While there is opportunity in these locations, the company faced difficulties finding delivery drivers in Germany and encountered tough competition in Japan, where new players often find it hard to gain market share, he said.

This year the company plans to invest more in the Thai market, which is one of the biggest targets for Delivery Hero, said Mr Felde.

The company also unveiled new brand ambassador Pau-Pau, "a likeable, easy-going, witty and mischievous character", for Thailand and the Asia-Pacific region, he said.

"We hope to make Foodpanda a brand consumers look up to," said Mr Felde.

The new ambassador should foster more flexible communication in the digital world, he said. Apart from Pau-Pau, Foodpanda may invite celebrities and influencers to reach out to various customer groups.

The company felt the brand needed a jump-start, said Mr Felde, and hopes Pau-Pau will help build "brand love" among customers in Foodpanda's appeal to the Gen Y and Gen Z generations.

"In Thailand, we have operated for almost a decade and the competition makes us innovate and think out of the box, continuing to develop for a sustainable business," he said.

The company also provides online grocery delivery under Pandamart, recording strong growth in the segment as families want to cook at home to save money during the pandemic, said Mr Felde.