A shopper examines a lantern on Yaowarat Road in Bangkok's Chinatown on Wednesday, as people flock to buy decorative items ahead of the upcoming Chinese New Year festival. (Photo: Pornprom Satrabhaya)

The Commerce Ministry has set up 55 teams to inspect the prices of goods and food throughout Bangkok and surrounding provinces to prevent price gouging and hoarding as prices continue to spike.

According to Wattanasak Sur-iam, director-general of the Department of Internal Trade, the inspection teams are set to take immediate legal action against merchants who do not display price tags or who raised product prices unfairly or unreasonably.

The ministry also threatened to revoke immediately participation rights if its Thong Fah (Blue Flag) low-priced shops are found to have raised prices and taken advantage of consumers.

Governors in each province are now tasked with heading "war rooms", in cooperation with provincial livestock offices and commerce officers, to closely monitor the prices of goods, food and supplies.

The ministry set up the war rooms earlier this month to supervise essential consumer goods and service sectors, with a goal of curbing price gouging nationwide.

The war rooms, chaired by the ministry's permanent secretary, are tasked with following up on complaints of high prices, especially for products. 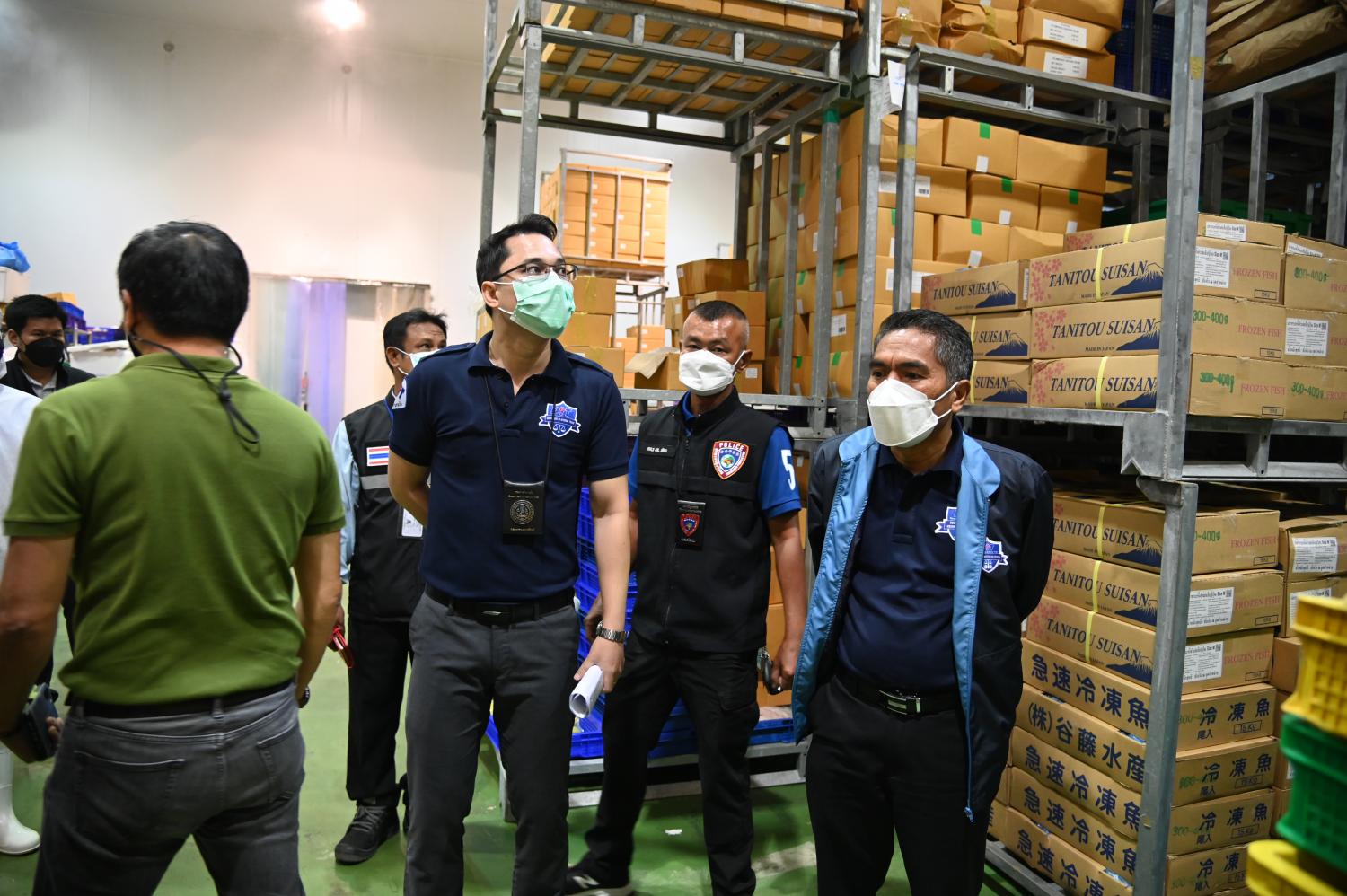 The bodies are authorised to take legal action against merchants who take advantage of consumers by raising prices unfairly, said Mr Wattanasak.

Commerce Minister Jurin Laksanawisit also authorised provincial governors nationwide under the Price of Goods and Services Act of 1999 to function as presidents of war rooms at the provincial level.

"During the festival, consumers spend more on fresh food for offerings to gods," he said.

"Despite increasing demand, most product prices have been maintained or rose slightly."

For pork in particular, prices began to decline after the Commerce Ministry held discussions with the Swine Raisers Association of Thailand and slaughterhouses, asking them to maintain live pig ex-farm prices at 100-110 baht per kg.

The Internal Trade Department asked for cooperation from modern trade outlets to help freeze the retail price of red pork at 205-210 baht per kg, aiming to keep people's living expenses at a reasonable level.