Bitazza wants to become 'the cryptobank', allowing the easy transfer of assets

"The market has temporarily became bearish as there are many negative factors adding uncertainty, but it will soon recover and return to a bullish market cycle." — Kavin Phongpandech, Chief Executive, Bitazza

After becoming the first licensed Thai digital asset broker in 2019, Bitazza plans to take its business to the next level though expansion into other digital businesses this year, aiming to become a one-stop platform with a wide range of financial services.

The company acts as a digital asset dealer or intermediary that receives, processes and submits trading orders between its clients and digital asset exchanges around the world.

The company plans to submit applications for all the new business licences to the Securities and Exchange Commission this year, he said. Bitazza wants to to list on the Stock Exchange of Thailand in the future, said Mr Kavin.

Bitazza recorded growth of more than 1,000% in both revenues and customer base last year, he said.

Mr Kavin said the platform saw an increase of 600,000 new clients in 2021, of which 300,000 have successfully undergone the know-your-customer process and opened trading accounts.

Average daily trading value stood at 20-30 million baht per day. With a trading commission fee of 0.25%, the company already recorded operating profits after only offering services for a few years, he said.

Bitazza has 50-60 cryptocurrencies available on its platform and more than 100 business partners in the industry.

In 2021, the most popular digital assets on the platform included products related to decentralised finance (DeFi), game decentalised finance (GameFi), and the metaverse, said Mr Kavin.

He said the Thai digital asset industry has high potential for growth as the regulator is being supportive by allowing businesses to apply for licences for digital asset management, digital asset trading advisory and wallet custodian.

The launch suggests wider acceptance of cryptocurrencies from traditional traders and institutions, which should pave the way for other cryptocurrency-related investment products to emerge in the future, he said.

Mr Kavin said the company is seeking a deal with an institutional partner that shares the same vision and business direction.

Bitazza is not looking to secure more capital, but rather a business strategy for future growth.

The partner should support the company's plan to enter the international market, with its first target Sri Lanka, he said.

The company plans to open its first international branch in Sri Lanka this year, which it expects to be a gateway to South Asia where the digital asset industry is booming.

"We would like to expand our business to other regions in Asia because our study suggests Asians are very active in crypto trading," said Mr Kavin.

"We're also studying the feasibility of expanding to Europe, South Africa and Australia, and expect to establish branches there in the 1-2 years." 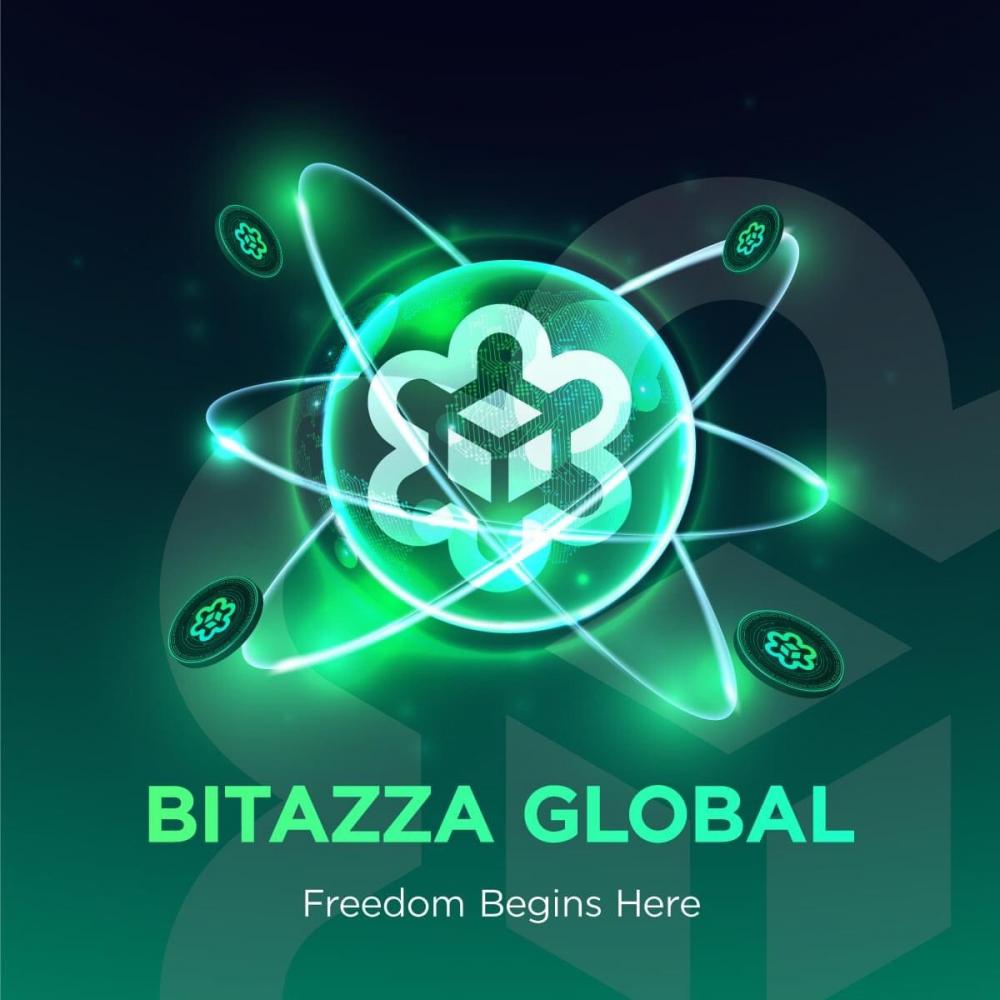 He said Bitazza's ultimate goal is to become "the cryptobank", allowing people to easily and safely transfer money at a low cost in three years.

Mr Kavin believes once crypto funding is accessible to the majority of people, it will provide more financial freedom and generate higher financial literacy and skills among the public.

One method to reach this goal is to continue providing people with knowledge and investment skills to prepare for the next step of growth together, he said.

Coin issuance has become the company's main tool to build a community and ecosystem on the platform, said Mr Kavin.

For 2022, Mr Kavin believes the hottest trends in the digital asset industry will include Ethereum 2.0, DeFi, GameFi and the metaverse.

He said the price of Ethereum 2.0 will be highly volatile in the medium term, but will remain interesting in the long term so investors can use it for staking, which means earning passive income by committing holdings to support a blockchain network and confirm transactions.

The competition for smart contract platforms should also heighten this year, with similar coins available such as Solana and Mana, said Mr Kavin.

The DeFi market cap is estimated to rise to around 250 billion baht this year because it is an efficient way of using peer-to-peer financial services on public blockchains, primarily via Ethereum smart contracts, he said.

Mr Kavin said new products based on DeFi such as GameFi, which allows players to earn assets and digital coins through games, will also become popular this year.

One of the most popular games of the past year was Axie Infinity, which saw millions of gamers across Southeast Asia play.

A new game operator from Thailand called GuildFi has received a good response from investors, he said.

"GuildFi is another company that has potential to grow," said Mr Kavin.

"Gamers who earn tokens or game items from GuildFi can exchange them for fiat money at Bitazza."

Infrastructure protocol is another hot trend this year, he said.

Transferring assets across blockchains is difficult and expensive, leading developers to find solutions by creating a smart contract that can bridge and transfer data between several platforms at a low cost.

The projects to create such a smart contract are interesting because if any of them succeed, they can become the industry standard and replace Ethereum, which currently facilitates the majority of transactions but is costly, said Mr Kavin.

While there is much to be excited about, there are many factors that may undermine the growth of the digital asset industry in 2022, he said.

The first factor is the US Federal Reserve's tightening of its monetary policies, such as the tapering of asset purchase packages and interest rate hikes, which may cause liquidity in both the capital and digital asset markets to significantly drop.

The next factor is geopolitical conflicts between the US, China, Russia and Ukraine that are likely to worsen and throw the global capital and digital asset markets into turmoil this year, said Mr Kavin.

Perhaps related to the Fed's actions, central banks worldwide are expected to tighten their grip on cryptocurrency investment and restrict their role as a means of payment, which will affect market sentiment, he said.

Some countries such as China and Russia already banned all activities related to cryptocurrencies last year.

The Bank of Thailand recently announced it will not support the use of cryptocurrencies as a means of payment, said Mr Kavin.

Despite the price of many cryptocurrencies caving in recently, he believes there is not a bubble in the market.

The market has temporarily became bearish as there are many negative factors adding uncertainty, but it will soon recover and return to a bullish market cycle, said Mr Kavin.