The government has vowed to woo affluent foreigners for lengthy stays, specifically aiming for the wealthy, retirees, remote workers and experts, with the aim of boosting the economy and investment in the country.

The government's ad hoc committee on new investment privileges for foreigners chaired by ML Chayotid Kridakorn, personal adviser to Deputy Prime Minister Supattanapong Punmeechaow, proposed that the new privileges cover a long-term visa for up to 10 years as well as land and property ownership, as it hopes to attract more than a million qualified people to Thailand over a five-year period.

But the Centre for Economic Situation Administration (CESA) chaired by Prime Minister Prayut Chan-o-cha on Jan 21 decided to put the brakes on proposals to increase foreign ownership quotas for condominiums from 49% and expand property leasehold rights for foreigners from 30 years to 50 years.

Nonetheless, the centre agreed in principle to a proposal to allow foreigners to hold land ownership of one rai for residential purposes.

With only long-stay visas for 10 years agreed upon, questions arise as to whether Thailand's remaining privileges to woo wealthy foreigners will be sufficiently effective and attractive.

Aliwassa Pathanadabutr, chairwoman of property consultant CBRE Thailand, said it was a pity that proposals to increase foreign ownership quotas for condominiums from 49% and expand property leasehold rights for foreigners from 30 to 50 years had been rejected.

"This will not have much impact on the condo market because, at present, the quotas still haven't been reached. However, the subject that we believe should be reconsidered is the extension of leasehold rights from 30-year to 50-year leases," she said.

The leasehold period extension would help make investments in large-scale projects for leasehold land more attractive and drive higher demand from foreigners in the low-rise housing market, as they currently cannot buy houses on a freehold basis. 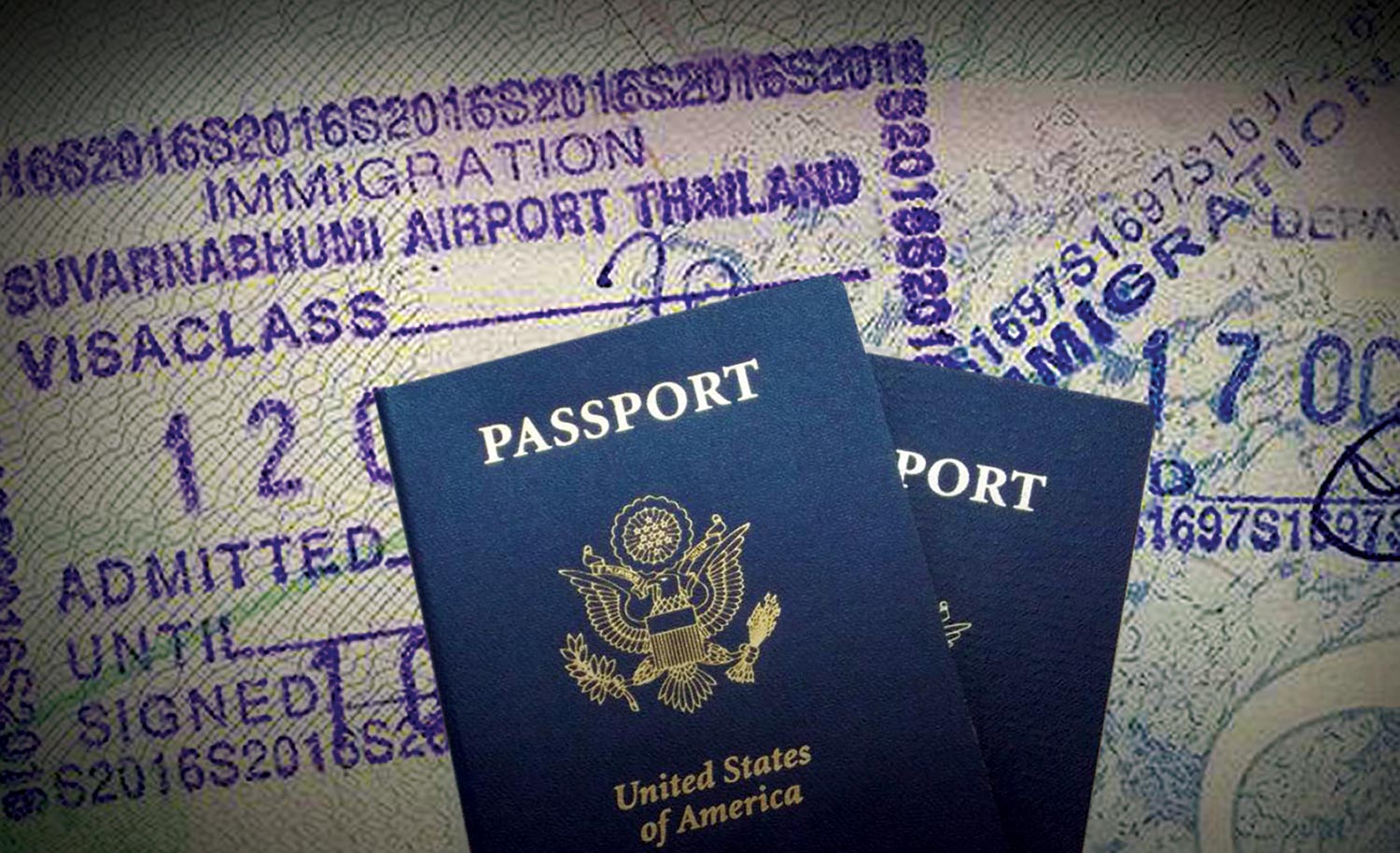 Thailand’s long-term visa for foreign nationals is expected to attract foreign professionals, especially in the fields of information technology and engineering.

If the extension could be made, it would also allow the Thai residential market to become more competitive with regional neighbours which currently have longer lease terms than Thailand.

In addition, the government will generate more revenue from a lot of projects which have registered for a 30-year lease -- with a promise of another 30-year lease extension in the future -- to register under this new condition.

Vittakarn Chandavimol, chief corporate strategy and creation at SET-listed developer AP Thailand Plc, said the government likely considered many factors before making the decision, particularly with regard to the global economic outlook which was currently still fragile due to the pandemic.

"Both Bangkok and major foreign-tourist destinations like Phuket are still seeing a condo ownership quota of less than 49%. As a result, the rejected proposals will not have an impact on property developers," he said.

Sanan Angubolkul, chairman of the Thai Chamber of Commerce, said the long-term resident visa is likely to be attractive enough to attract foreign investment and professionals.

But he called on the government to step up marketing activities and communications to show that Thailand is more attractive for foreign investment and as a place to be based compared with other countries.

Regarding an extension of foreign ownership quotas for condominiums from 49% and the proposed extension of property leasehold rights for foreigners from 30 to 50 years, Mr Sanan agreed with the CESA's decision to put the brakes on such proposals, stating that further studies were still needed to ensure the greatest benefit to the nation.

Business leaders suggest the government use the new long-term residence visas to attract foreign professionals, especially in the fields of information technology and engineering to work in Thailand as they can help the country with technological development.

"Engineers and IT experts, along with other skilled professionals and wealthy people, should be given first priority to receive the visas. We believe they can help support the Thai economy," said Supant Mongkolsuthree, chairman of the Federation of Thai Industries (FTI).

Authorities are promoting the Industry 4.0 scheme, which applies digital technology and data analysis to manufacturing. It requires skills in automation and robotic systems as well as IT.

The Board of Investment (BoI) is also running the "Smart Visa" programme which also aims to attract foreign investments.

"Foreign investors who are granted a Smart Visa will be able to stay in Thailand for 4-5 years," said Tanit Sorat, vice-chairman of the Employers' Confederation of Thai Trade and Industry.

Many of these industries need to be driven by advanced technologies and highly skilled professionals.

The pandemic, which emerged in Thailand early in 2020, plunged the country's economy into the doldrums, with more people becoming weakened financially as a result of lockdown measures that restricted business activities.

Healthcare service providers are also expected to benefit from a higher number of expatriates in Thailand.

There are around 2.45 million expatriates in the country at present, according to Somsak Vivattanasinchai, chief executive of Bumrungrad Health Network (BHN), citing 2020 statistics compiled by the Labour Ministry.

BHN, a business unit of Bumrungrad International Hospital, announced last year that it had cooperated with Be Well Medical Center, a Hua Hin-based family medical clinic, to expand its healthcare to cover expatriates as part of a plan to cope with a drop in patient numbers during the pandemic.

Sam Tanskul, managing director at Krungsri Finnovate, a corporate venture capital arm of Bank of Ayudhya, pointed out that a long-term visa could help address the shortage of IT workforce in the country, particularly in the fields of blockchain, data science and artificial intelligence (AI).

Thailand could face a shortage of 50,000-100,000 in the digital workforce over the next few years as firms are gearing up for digital transformation, he said.

There are only around 10,000 tech graduates per year in the country and the supply needed for the tech workforce cannot keep up with demand as digital transformation is gathering steam, he noted.

The long-term visa move would increase tech workforce supply in the market, which would benefit local startups.

The tech workforce is vital for the development of startups, Mr Sam said. For example, parcel delivery service operator Flash Express has the backing of hundreds of tech developers in China.

China and Vietnam both pursue the goal of creating new tech developers and Thailand can seek mutual agreements with these countries to attract their tech workers with this type of visa, he noted.

In addition to the long-term visa, these foreign experts should be entitled to income tax incentives provided by the Revenue Department as their contribution would be a boon for the country's economy, he added.

Wiwat Wongwarawipat, chief executive of Instep, a local tech firm, said the new long-term visa would attract quality individuals with greater spending power than regular travellers, such as those who want to make business investments.

There will be more opportunities for these people to transfer necessary technologies to the country and start their own tech businesses here.

They can also serve as business partners with Thai counterparts, rather than only serving as workers in the country, he said.

For example, individuals from Japan may be investing in a mobile payment-related business as Thailand's contactless payment service is outstanding.

Thailand can also build regional tech businesses with people from other countries in the region, with the support of long-term visas.

Vietnam has a huge population of younger generations and Thailand can seek a partnership with the country to attract tech talent from there to boost Thai business, Mr Wiwat added.