US and South Korea look increasingly to Southeast Asia to promote an expanded security alliance in the region.

Facing an increasingly uncertain strategic environment in the Indo-Pacific region, the United States and one of its key allies -- South Korea -- are pursuing increased cooperation beyond Northeast Asia, a path that is expected to lead them to Southeast Asia.

The ever-evolving complexities of the South China Sea region show that shared socio-political history is just one ingredient -- among many others -- that makes security initiatives and other forms of cooperation successful. But several challenges remain and a lot more needs to be done for the two allies to engage more with countries in the region, mainly through security cooperation, experts say.

The ties between the US and South Korea with Asean have been particularly close over the past decade, with cooperation on many fronts. Washington, in particular, has always expressed its interest in playing an increasing assertive role in preserving peace and stability in the region.

Trilateral cooperation is a way to expand a country's development accomplishments into third countries, strengthen the institutional capacity of partner countries, and optimise regional and cultural affinities. Developments involving the US, South Korea and the Philippines are provide insights into how such arrangements can work in practice in Southeast Asia.

Political analysts who have studied the recent activities of the three allies believe there is potential for them to pursue a powerful role in shaping strategic actions in the region.

"Bilateral defence and maritime cooperation are already evident among the three states. While cooperation is opportunistic and ad hoc, these interactions offer a solid foundation for a trilateral initiative," said Julio Amador, executive director at the Philippine American Educational Foundation and interim president of the Foundation for the National Interest.

Speaking during a recent webinar series held by the East-West Center and the Korea Foundation, Dr Amador said the US, South Korea and the Philippines have been seeking to respond to the uncertain strategic environment in the Indo-Pacific region.

The three states and their respective relationships converged during the Korean War. During this conflict, all three fought for the principles of democracy centred on freedom and peaceful coexistence. Although wartime cooperation did not result in a trilateral security agreement, the countries' relationships with each other have matured since the Korean War.

"With all three states sharing strong bilateral ties, a trilateral initiative would then depend on two critical factors," Dr Amador noted. "First is the growing ties between the Philippines and South Korea and second, the extension of South Korea's commitment beyond peninsular affairs to encompass the entire region."

Seoul has been promoting its New Southern Policy as a way of reaching out further to the region, with a focus on three pillars: prosperity (economic cooperation), people (socio-cultural cooperation) and peace (political and strategic cooperation). How actively the Korean administration pursues the policy could depend on the results of the coming elections in March, Dr Amador noted.

While all three nations are committed to free and open seas, the challenges they face in pursuing this commitment vary. According to Dr Amador, South Korea prioritises North Korea as the most immediate threat, whereas the Philippines is focused on its dispute with China. The US is focused on both.

Being a US ally, the Philippines under the current administration of President Rodrigo Duterte, and South Korea under President Moon Jae-in have tried to balance ties with the US and China and carefully navigate relations on all sides.

Meanwhile, Washington has moved toward a more explicit policy of "strategic competition" with China amid difficulty attaining open and vocal support from regional states including South Korea and the Philippines, he added.

Jae Jeok Park, associate professor at the Graduate School of International and Area Studies of Hankuk University, said the current Moon administration welcomes the trilateral cooperation but may not fully engage in the initiative as long as the maritime dispute between the Philippines and China continues.

The Moon administration continues to focus a lot of its energy on finding ways to improve ties with North Korea, and at the same time it does not want to provoke Beijing, unlike the US where the issue of nuclear non-proliferation is concerned.

South Korea's current engagement with the Philippines on security matters is mainly limited to arms exports, said Dr Park. And although the US-South Korea alliance may not be as robust as it was once perceived to be, he believes South Korea could still help Washington can strengthen the security network and strategic cooperation with the region. 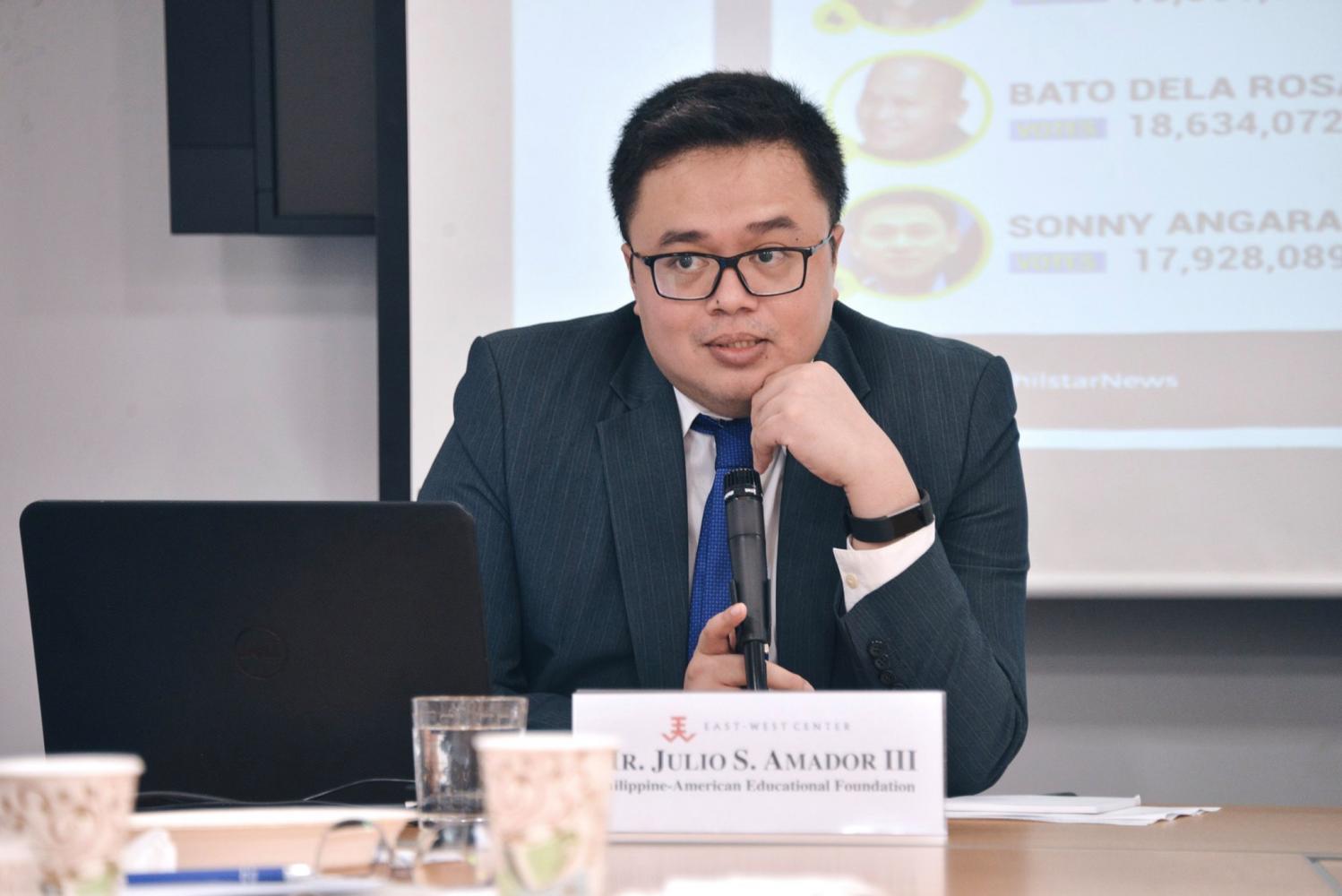 "While cooperation among [the US, Korea and the Philippines] is opportunistic and ad hoc, these interactions offer a solid foundation for a trilateral initiative," says Julio Amador, executive director of the Philippine American Educational Foundation. SUPPLIED

Dr Park believes Seoul could be more comfortable facilitating US-South Korea-Thailand trilateral cooperation rather than working with the Philippines. It can be argued that Seoul and Bangkok have more in common because Thailand has been walking a fine line between China and the US for many years.

Troops from South Korea joined their Thai and US counterparts in an amphibious vehicle landing drill as part of Southeast Asia's largest multinational military exercise.

The 300 soldiers from South Korea who joined 2,000 US Marines and Thai soldiers in Chon Buri made up the largest contingent participating from the country since it first took part in Cobra Gold in 2010. Their presence came at a time when tensions were particularly high on the Korean Peninsula.

South Korea will be taking part in Cobra Gold again this year, from Feb 20 to March 5, though the total military participation has been downsized to 1,700 troops from all participating nations.

South Korea also participated in the Balikatan military exercises between the Philippines and the US, an annual event similar to Cobra Gold, as an observer in 2019.

Balikatan is a Tagalog phrase for "shoulder-to-shoulder," which characterises the spirit of the exercise and represents the partnership between the US and the Philippines. 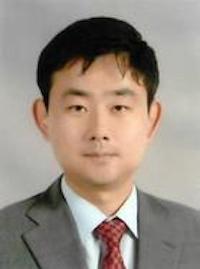 Moreover, it is pivotal for the United States to underwrite an economic strategy beyond defence -- one in conjunction with its allies and partners and one that can potentially convince the rest of Southeast Asia of the value of such ties.

Next, the three countries must informally work together on key issues of mutual interest. These issues -- including maritime security, transfers of industrial technology, anti-crime measures, climate change and many others -- can be enshrined in the initiative.

Ultimately, any initiatives undertaken through a trilateral arrangement must be consistent with the Asean-led security framework, Dr Amador said.

South Korea has longstanding and profound ties with the Philippines. On top of Seoul's strong people-to-people links, a significant Korean diaspora and soft power influence in Manila, the two countries are in the early stages of finalising a free trade agreement that could pave the way for more ambitious arrangements in the future.

On the defence side, South Korea recently donated the decommissioned Pohang-class corvette ROKS Andong (PCC-771) to the Philippines, following up a 2019 donation of another Pohang-class corvette. This support demonstrates that Seoul is not only willing to play the defence diplomacy game, but it is also aware that the Philippines' weak maritime capacity will not allow the latter to play a critical role should any maritime-related incidents occur in the contested region.

These developments complement the robust affirmations by Manila and Washington of their alliance and of areas for closer cooperation in the joint statement from the ninth US-Philippines Bilateral Strategic Dialogue. Moreover, the Philippine government has won plaudits for its judicious handling of maritime incidents at Ayungin Shoal, in which the Chinese Coast Guard harassed vessels resupplying Philippine marines stationed at the BRP Sierra Madre.

In a show of support, Washington issued a statement condemning the harassment. These coordinated efforts prove the two countries can manage their way out of an alliance crisis and adroitly navigate flashpoints.

"The trilateral initiative between the US, South Korea, and the Philippines could only work when a trilateral framework has been made and each member is aware of its role in the effort. Hence, there is a need for extensive discussion and compromise between all three states," said Dr Amador.

"The three countries may begin where their interests in traditional and non-traditional security issues align. This approach, in the long duration, gives Seoul, Washington and Manila, a good foundational basis for initial cooperation."

To cope with the growing demand for English proficiency, approximately 30,000 Korean students are studying in universities, elementary and secondary schools and language academies in the Philippines, which is regarded as a good alternative destination for English education.

The Philippines, ranked in the top 10 in terms of English-speaking population, offers affordable education, thanks to low cost of living. Manila can be reached by plane in just four hours from Seoul.

Professors in the Philippines are also academically trained in the US. As well, young Filipinos are enthusiastic supporters of K-pop culture. The social aspect could be a stepping stone that can help strengthen future ties between the two countries.

On the political front 2022 is important for both South Korea and Philippines, which will hold presidential elections in March and May respectively. Both political analysts said Washington will pay close attention to the campaigns and their outcome as they will have real ramifications for the US policy and strategic cooperation.

Dr Park foresaw South Korea would lean more toward a US-backed trilateral cooperation strategy if former prosecutor Yoon Seok-yul, representing the People Power Party, wins the March 9 election. However, a victory by Lee Jae-myung, 56, the nominee of the ruling Democratic Party and a former governor of the country's most populous province Gyeonggi, would probably mean a continuation of the existing Indo-Pacific status quo where Seoul is concerned.

As for the election in the Philippines, Dr Amador foresees stronger ties with China if former senator Ferdinand Marcos Jr, the candidate from the PFP party, wins. That could also affect foreign policy on trilateral cooperation.

Whoever succeeds outgoing President Duterte will come under tremendous pressure to not only cope with the South China Sea disputes, but also a measure of geopolitical pragmatism in relations with Washington and Beijing, he said.