Authorities are planning to call for bids for new petroleum exploration and production licences in the Gulf of Thailand this April after a delay of 15 years, according to the Department of Mineral Fuels. 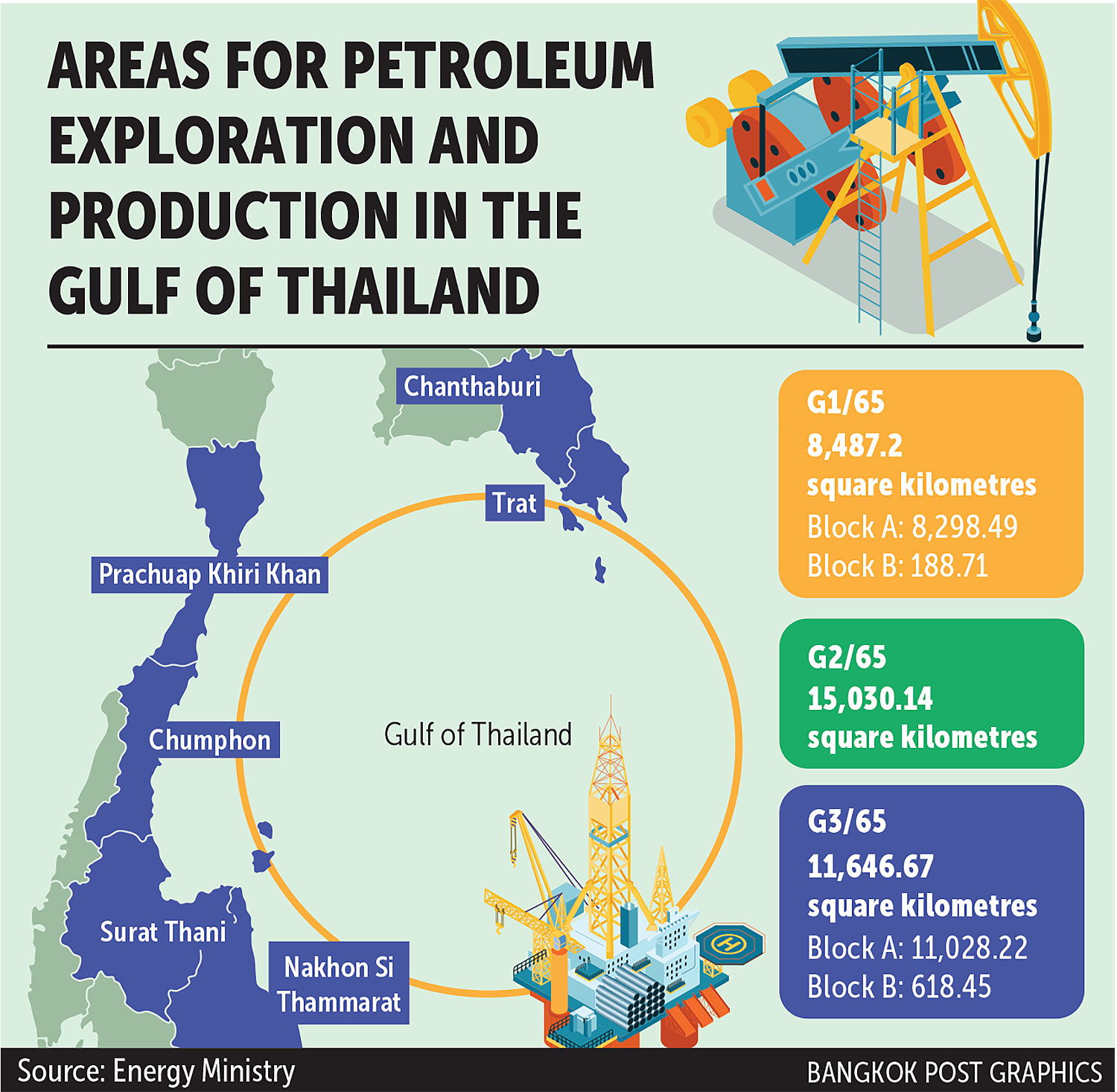 The licences, to be granted under the 24th round of auctions covering three offshore areas, does not include the Erawan and Bongkot gas blocks, where rights to petroleum exploration and production only change hands for new operators.

Department chief Sarawut Kaewtathip said he is waiting for final approval from Energy Minister Supattanapong Punmeechaow in order to start the bidding.

Parts of the three areas were explored a few decades ago, but there was no further development. Some blocks had the potential to be new sources of petroleum supply, but their exploration and production licences had expired.

"We hope new explored blocks in this auction could increase Thailand's petroleum reserve, which has not seen additional amounts for 15 years," said Mr Sarawut.

The long delay in holding the new auction resulted from a mix of economic and political incidents, including the 2007-2009 global financial crisis, the 2009-2010 domestic political tensions, and calls on the government, between 2014 and 2016, to change a petroleum law by adopting a production-sharing contract model when granting concessions to oil and gas operators.

The Covid-19 pandemic in 2020, which precipitated a global oil price collapse, were also factored in.

The department estimated that new petroleum exploration in the three areas will require capital spending worth 1.5 billion baht in total. It said operators should take around four years to start oil and gas production.

This oil block had supplied 300 barrels per day (BPD) of crude oil for many years before its concession ended early last year, which led to a new auction.