The EU and Britain see numerous areas of common ground with Asean in a new world challenged by climate change, digitisation and other forces.

Trade between the EU and Asia is expected to pick up as pandemic-related logistics problems ease, with a new rail route through Laos increasing potential for overland transport from Southeast Asia and China. Photo © 123RF.com

Amid the new challenges brought about by the disruptive changes wrought by the Covid-19 pandemic, European countries are seeing potential to expand cooperation with their counterparts in Asia, particularly on digitisation and climate change.

The renewed possibilities for countries on the two continents to work more closely together in addressing challenges also comes on the back of the growing importance of the Indo Pacific outlook.

The European Union in September 2021 released a comprehensive strategy for cooperation in the Indo Pacific region, while the United Kingdom, which left the EU in January 2020, also announced a new effort to connect with the region earlier in the year in March.

Climate change and digitisation have disruptive potential but also benefits that are going to touch everybody in one way or another, said Kara Owen, the British High Commissioner to Singapore.

Their impact will be seen in terms of how societies work, how economies are structured, and on the health and security of the populations, she said during a recent webinar held by the Singapore Institute of International Affairs (SIIA).

"Both the UK and Asean countries are really determined that as digitisation unfolds, we want growth to be unleashed, to lead to safety, security, prosperity and inclusion," Ms Owen said. 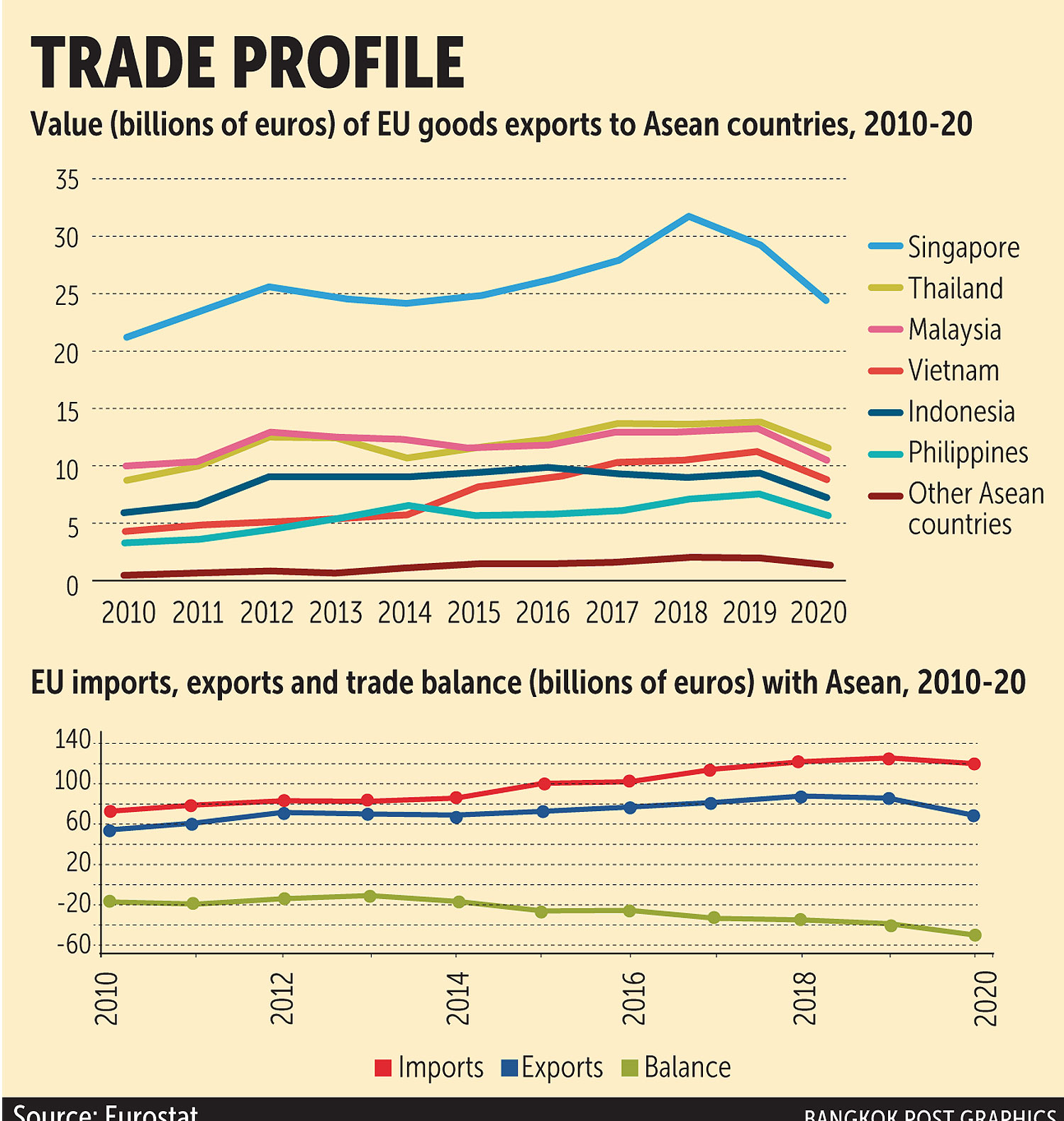 The UK has struck a digital innovation partnership under which it sees its role as partnering with Asean, and sharing what the UK has learned in its own digital transformation. Both sides can learn from what is happening in this region, while acknowledging that there are similarities and differences in how digitisation is unfolding, she added.

In addition to the UK's engagement with Asean as a bloc, and in Singapore on a bilateral level, Ms Owen acknowledged that the UK has been conducting a lot of other activities in the Asian region, noting that her colleagues in Japan and Korea would also be talking about the same issues.

Ms Owen said the UK and Singapore bilaterally maintain "fantastic" and "strong" connections between the private sectors, universities and think tanks in the two countries, with or without government help, although governments can do a lot as well to promote a healthy environment in which those institutions can work.

"And if we have a similarity of views, we can be working together as two countries with other colleagues as well as with other like-minded [countries], engaging Europe to try and bring about the enabling changes that we want to see," she pointed out. 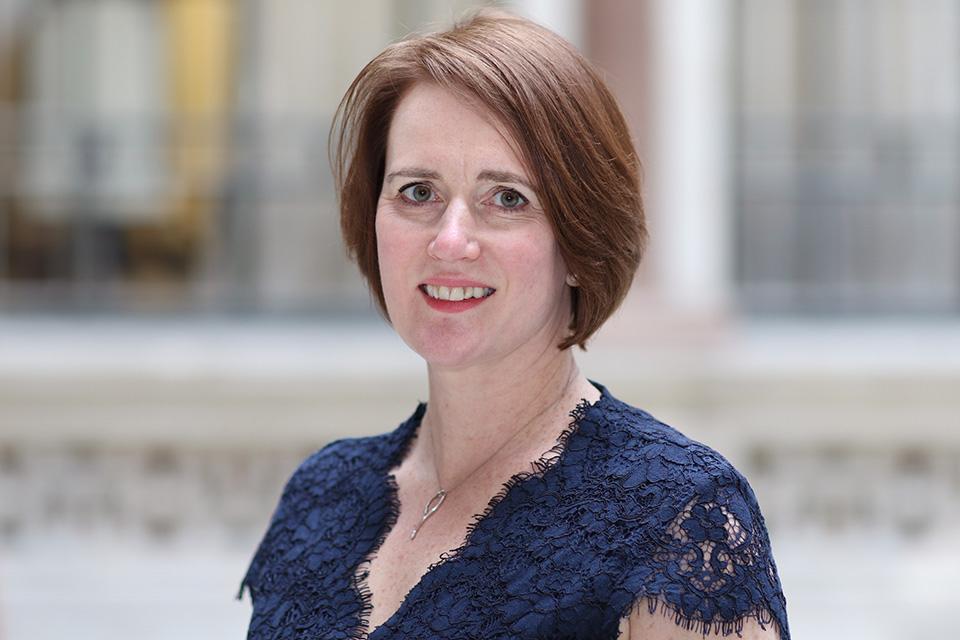 As digitisation unfolds, "we want growth to be unleashed, to lead to safety, security, prosperity and inclusion", says Kara Owen, British High Commissioner to Singapore SUPPLIED

At the regional level, Ms Owen said the UK has a climate change framework with Asean and is having discussions with the regional bloc on how it can support Asean's goals for sustainability, particularly in areas where the UK is strong.

These strengths include green finance and energy transition strategy, drawing on the UK's experience of undergoing tremendous change in terms of the energy sources on which it relies, from being a heavily coal-dependent economy to the current phase in which renewable energy plays a major role in its energy mix.

Asean as a region has set a target to have renewable energy make up 35% of installed power capacity by 2025. In 2020, the share was already 33.5%, leaving a very small gap to be filled, according to the Asean Centre for Energy (ACE).

Data from the Asean Power Updates issued by the ACE in September 2021 also showed that member states remain committed to the energy transition and continue to install renewable energy sources, with solar and wind becoming the core of more renewable energy development. More than 60% of the newly installed capacity up to 2025 will come from renewables, creating a renewable energy share of 37.6% in 2025.

On a bloc-to-bloc basis, the EU and Asean this year are marking the 45th anniversary of their partnership.

Iwona Piorko, the EU Ambassador to Singapore, lauded the city-state for its role in the last two years in chairing a forum on EU-Asean relations and for bringing it to "the highest level of partnership".

The EU has numerous strategic partnerships and trade agreements with countries in the region. Singapore, for example, is the third Asian country with which the EU has signed a free trade agreement. With Vietnam, the EU has also concluded what it describes as its most comprehensive trade agreement with a developing country. 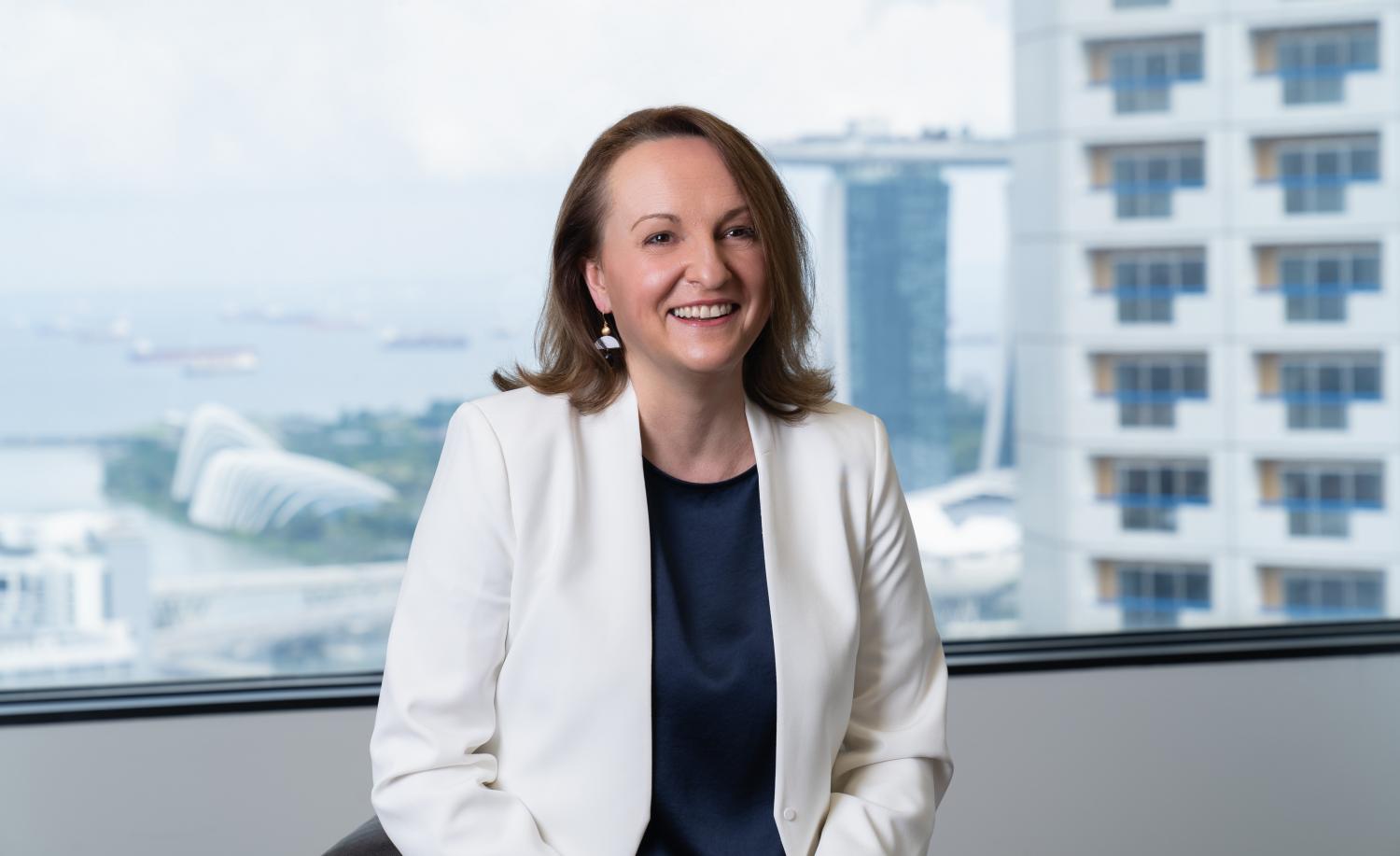 "We genuinely believe in this region. … It is very natural for us to cooperate," says Iwona Piorko, EU Ambassador to Singapore. CLEMENT

Indonesia is expecting to be the next Asean member state to forge a comprehensive trade agreement with the EU. Negotiations have been under way since 2016, with the 11th round taking place in November 2021. Climate change issues have been a sticking point, and these are related in part to the EU's frequently stated concerns about the palm oil, Indonesia's largest agricultural export commodity.

Indonesian officials have said they want to conclude the negotiations this year. In a meeting on Feb 10 with visiting French Defence Minister Florence Parly, Indonesian Foreign Minister Retno Marsudi expressed Indonesia's expectations to see significant developments in the Indonesia-EU economic partnership negotiations under France's EU presidency, which lasts until June.

"The two ministers also talked about on how Indonesia's presidency of the G20 this year and France's EU presidency could develop a synergy to spur a better global situation in handling the Covid-19 pandemic and accelerating an inclusive economic recovery," Achmad Rizal Purnama, the foreign minister's chief of staff, told Asia Focus.

Ms Marsudi is scheduled to attend an Indo Pacific ministerial forum in Paris at the end of this month, at which she said she would continue to reiterate the principles of a distinctive Asean outlook on the Indo Pacific.

During Ms Parly's visit to Jakarta on Thursday, Indonesia announced an order for 42 Rafale fighter jets from France and said it might acquire two French submarines.

In September last year, the EU adopted its strategy for cooperation in the Indo Pacific region, which Ms Piorko said is "really about cooperation with each and every partner in the very vast region of Indo Pacific, but above all, for us, the key and central part is Asean, and Singapore is really at the core of it".

The strategy includes some planned actions with Asean countries, including completing trade negotiations with Indonesia, assessing the possible resumption of trade talks with Malaysia, the Philippines and Thailand, and the eventual negotiation of a region-to-region trade agreement with Asean, and concluding partnership and cooperation agreements (PCA) with Malaysia and Thailand. The bloc also hopes to complete trade negotiations with Australia and New Zealand.

"We genuinely believe in this region. … It is very natural for us to cooperate," Ms Piorko said.