Entrepreneurs feel they cannot continue to maintain stable prices of goods much longer as soaring energy costs are making waves across the board, dealing a blow to both emerging businesses such as delivery services as well as laggards like tourism.

The government is struggling to find funding to help businesses and households because of the uncertainty over how long the global oil price surge will last. 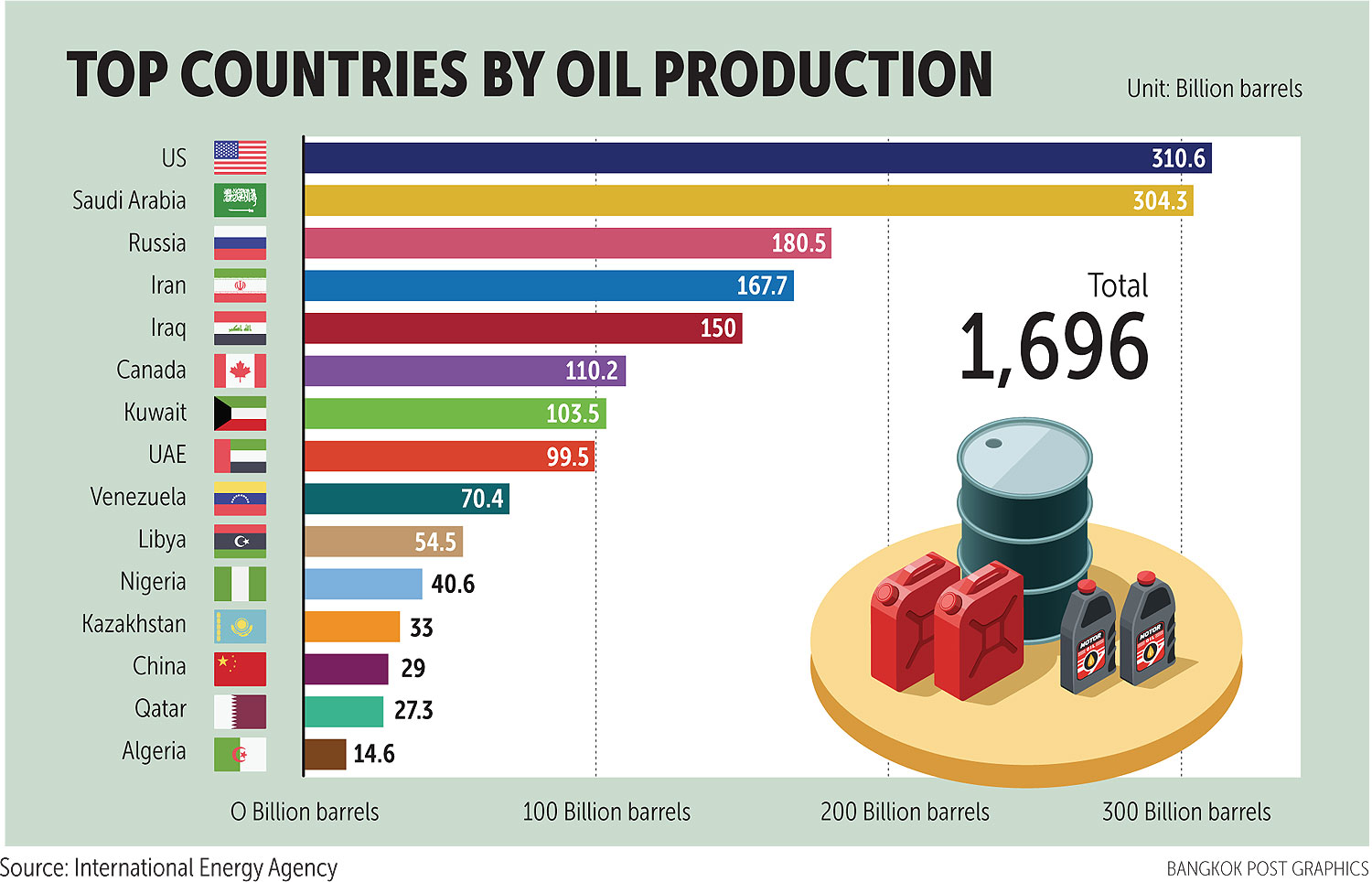 Parcel delivery and logistics businesses are facing a tough time following a surge in oil prices, leading them to seek ways to cut operational costs.

Alex Ng, chief executive of Kerry Express Thailand, said the company is gearing up to optimise its resources during this period.

"We hope the optimisation practices can offset extra costs caused by Covid-19 and a surge in fuel prices," Mr Ng said.

"We hope to avoid increasing our prices because of these factors."

He said higher fuel prices affect the company's costs, but he believes this situation is only temporary.

Efficiency in routing and sorting is the key to minimising fuel costs, while artificial intelligence has been adopted to suggest the shortest route for parcel sorting, he said.

Electric vehicle (EV) production is still in its infancy in Thailand, leading the company to import EVs from China in the near future, Mr Ng said.

Komsan Lee, chief executive of Flash Express, said the increase in fuel prices is impacting the company's performance, but it plans to continue operations without increasing tariffs or delivery service fees.

"Although most people see logistics as a growing business, the sector faces tough challenges from rising oil prices," he said.

Flash encourages drivers to use alternative fuels, such as B10, or drive EVs for green logistics, said Mr Komsan.

Thailand Post indicated fuel accounts for 30% of its operation costs.

Thailand Post chief executive Dhanant Subhadrabandhu said the company has used EVs for delivery for years and aims to increase its EV fleet to 250 vehicles by the end of this year.

Wasuchet Sophonsathien, president of the Thai Transportation Operators Association, said most tour buses have been idle since the beginning of the pandemic, but the oil price surge to 30 baht a litre compared with a pre-pandemic price of 23-24 baht guarantees most will stay parked.

Less than 3,000 tour buses from a total of 40,000 nationwide have jobs, mostly for workers on industrial estates, he said.

These buses are suffering from the higher oil price as it accounts for 60% of their total costs.

Mr Wasuchet said tour buses' contracts with clients are based on an oil price of 26-27 baht per litre and the transport operator is responsible for additional costs, which results in losses.

"The government has to help cap diesel prices at 25 baht a litre to ease our burden," he said.

The tour group business remains dormant despite the resumption of the Test & Go scheme because of the lack of Chinese travellers, who may not return until next year at the earliest.

Tambon administration organisations, which have their own budgets, have been asked to take inter-provincial trips over the next three months to create short-term momentum for operators to stay afloat.

Mr Wasuchet said the proposal for state agencies had been submitted to the Tourism and Sports and Transport ministries, but operators received no further feedback.

"It has been almost three years now of a tourism slowdown, with tour buses hobbled the most in the sector, yet the government lends no support to help us," he said.

The country may face supply and labour shortages when tourism rebounds as there are only 20,000-25,000 tour buses available to serve tourists, said Mr Wasuchet.

Workers in the tour bus business numbered 100,000 prior to the pandemic, but the tourism slowdown forced half of them, including skilled drivers, to find new jobs. 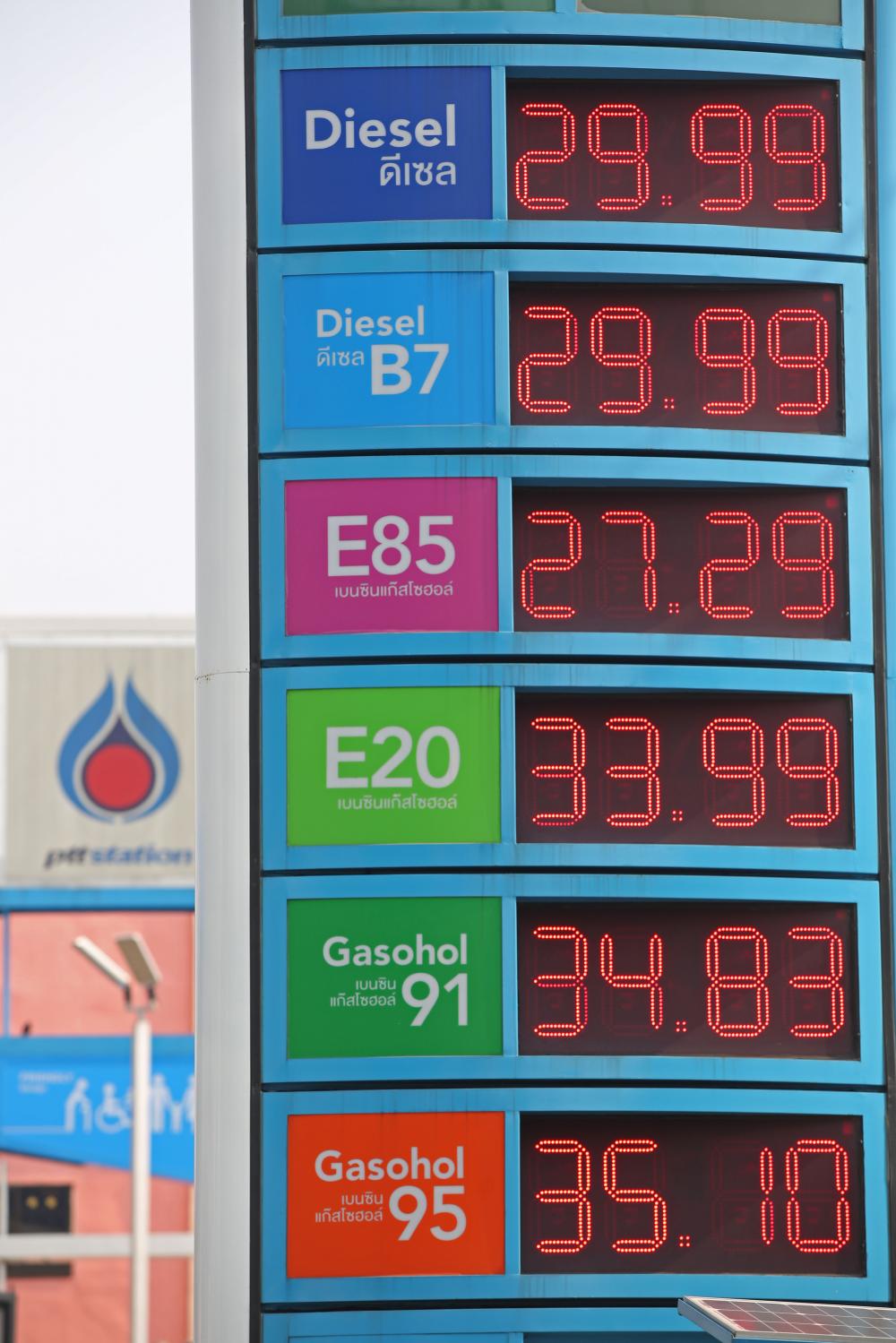 Fuel prices on display at a PTT station on Feb 8.  Varuth Hirunyatheb

Sanan Angubolkul, chairman of the Thai Chamber of Commerce, predicted global oil prices were likely to surpass US$100 per barrel, driven by rising demand from an economic recovery in many countries and the impact of conflict between Russia and Ukraine.

If the oil price increases, it will have a wider impact on domestic prices of goods and services, he said.

"The private sector has been cooperating with the government's request to freeze goods and services prices as long as possible to help reduce the impact on people's cost of living, but such a price cap should be prolonged because the overall production costs of the private sector have increased by 15-20%," Mr Sanan said.

"If energy prices continue to rise, the private sector will inevitably have to raise prices accordingly to reflect the real costs."

He said the business sector desperately needs the government to speed up the search for alternatives to help people and businesses through this period, as the price caps on diesel and cooking gas may be insufficient.

The government should offer additional assistance and relief measures to help consumers and the business sector, said Mr Sanan. 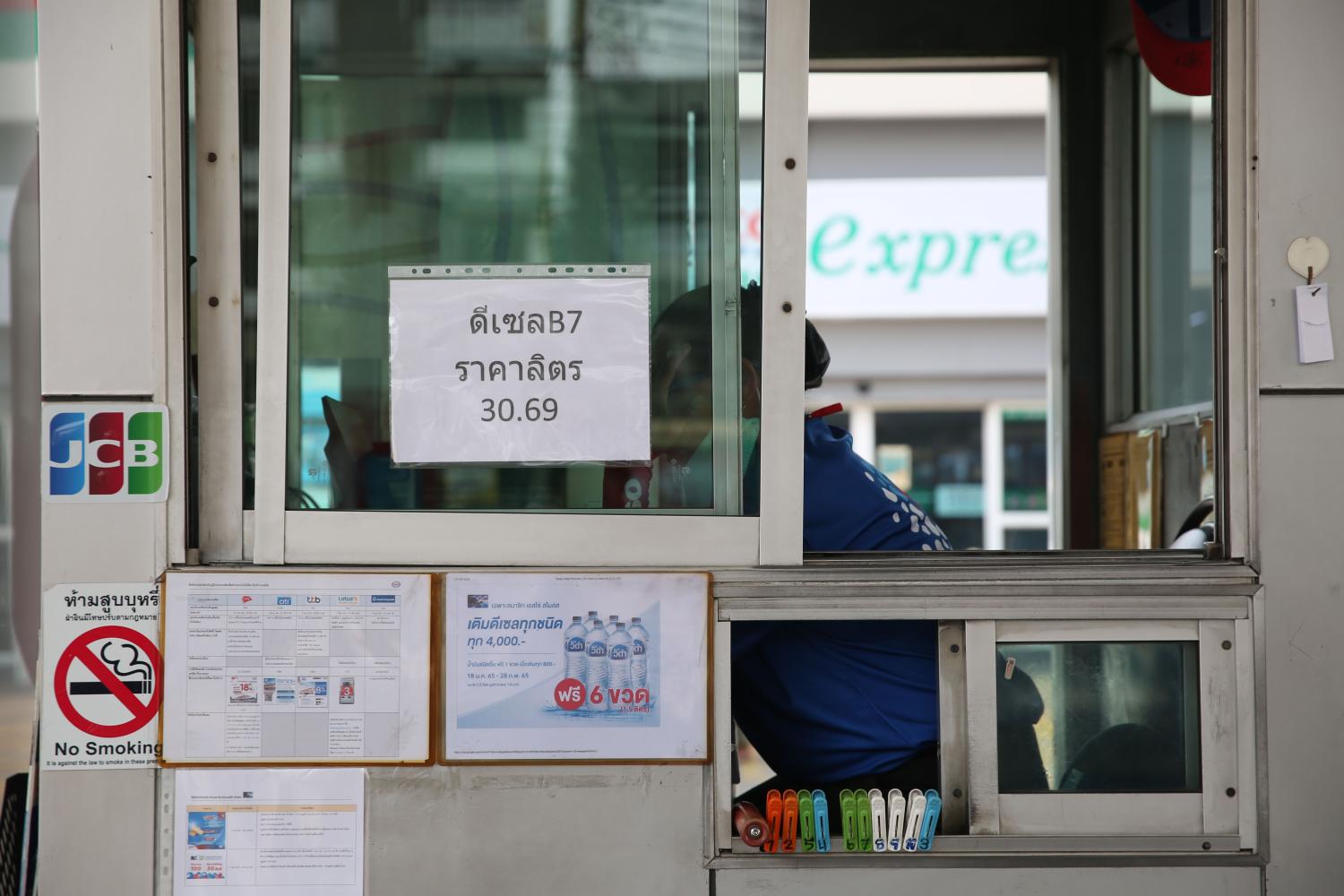 A sharp rise in the diesel price to 30 baht per litre, from 25.06 baht in 2020, is estimated to increase overall production costs by 1.4-1.5%, a rate the department considers significant.

For important products such as food and beverages, the diesel price rise to 30 baht is estimated to raise the sector's production costs by 0.6%, while for daily-use products the gain is 1.1% and fertiliser and pesticides the uptick 0.5%.

The estimated production cost of construction items such as cement and steel has increased by 1.2%, while paper and paper products are likely to see the biggest rise with an increase as high as 5%, according to Mr Wattanasak.

"Manufacturers who face rising costs and need to raise prices have to clarify the details of their production costs," he said.

"The department will look into the requests on a case-by-case basis and may approve price hikes on the condition that consumers not be badly hurt. We want manufacturers to be able to continue their business."

Commerce Minister Jurin Laksanawisit also authorised provincial governors nationwide, under the Price of Goods and Services Act of 1999, to function as presidents of war rooms at the provincial level.

Goods prices are expected to remain unchanged for 1-2 months, with only some companies able to extend the period to six months, said Supant Mongkolsuthree, chairman of the Federation of Thai Industries (FTI), citing findings from the latest survey of 150 FTI executives on the impact of the global oil price surge.

Manufacturers have adopted cost and risk management to deal with higher production costs. This helps them avoid making immediate price adjustments to goods, but efforts to fix the prices will last only for a short time, Mr Supant said.

He said the government plays a key role in carefully controlling energy prices through the Oil Fund, which currently subsidises diesel and cooking gas prices.

These measures need to be synchronised with efforts to put a cap on the prices of public utilities, he said.

"The government should not increase electricity and water bills when the cost of living is on the rise," said Mr Supant.

"The money in people's pockets is getting low."

He admitted authorities face an uphill battle in dealing with the impact of the global oil price surge because they have limited budgets and there are concerns state tax collection may miss targets.

If the government decides to use its budget to support energy price subsidies, the public will eventually bear the brunt through higher taxes in the future, said Mr Supant.

The Oil Fuel Fund Office (Offo) is considering carrying out two new plans to ease massive spending on the diesel and cooking gas price caps, as the Oil Fund is estimated to be able to support the subsidy scheme until the end of next month.

The office, which has incurred debt worth 14 billion baht, will be granted a 20-billion-baht loan from commercial banks and a 10-billion-baht provisional loan to keep the fund going.

However, Offo is not allowed by law to seek loans worth more than 40 billion baht.

Offo's subsidies of 7 billion baht a month to maintain these price ceilings look certain to increase as global oil prices are expected to keep rising towards $100 a barrel.

To cope with its budget constraints, two new measures are being planned.

Under Plan A, Offo would gradually reduce the subsidy on LPG, allowing its price to rise to 333 baht and eventually 363 baht, compared with the market price of 432 baht, calculated from the global LPG market price of $784 a tonne, based on the Saudi Aramco reference price.

Plan B aims to forge cooperation between Offo, the Finance Ministry and national oil and gas conglomerate PTT.

The Finance Ministry would be asked to help people partially pay for cooking gas through its social welfare card scheme.

A 45-baht discount would be disbursed to 13.5 million cardholders for their LPG purchases, increasing to 100 baht per gas cylinder for street food vendors, said Mr Kulit.

PTT, the sole seller of compressed national gas (CNG), would be asked under the plan to continue selling CNG at 15.59 baht a kg, compared with the global market price of 18 baht per kg, to help operators in the transport sector.

Wattanapong Kurovat, director-general of the Energy Policy and Planning Office, said if the global oil price rises and stays above $100 a barrel, the domestic retail price of diesel is expected to reach 35 baht a litre, up from the current market price of more than 33 baht a litre.

Wirat Uanarumit, vice-chairman of the FTI, said oil refineries in many countries have not increased their production capacity during the pandemic because it was not worth the investment while the world economy was sluggish.