People examine consumer products at a fair held at the Office of the Permanent Secretary for Defence on Monday. The fair, co-organised by the the Internal Trade Department's Thong Fah (Blue Flag) shops and the Defence Ministry, runs through Friday. (Photo: Apichart Jinakul)

The National Economic and Social Development Council (NESDC) is maintaining its 2022 forecast for economic growth at 3.5-4.5%, with the state planning unit expecting the government to successfully contain the spread of the Omicron variant without any more restrictions.

Thailand's economic growth in 2022 will also be supported by rising demand, the recovery of domestic tourism, the ongoing growth of exports, and higher public investment, according to Danucha Pichayanan, the NESDC's secretary-general.

The export value of goods in US dollar terms is expected to grow by 4.9% this year, while private consumption and private investment are forecast to increase by 4.5% and 3.8%, respectively. Public investment is projected to increase by 4.6%, with headline inflation estimated to be in the range of 1.5-2.5%, and the current account forecast to record a surplus of 1.5% of GDP.

The agency expects international tourist numbers to reach 5 million this year, generating 470 billion baht worth of income, up from 430,000 people and 150 billion baht in 2021.

"The Thai economy in the first quarter is expected to continue growing, as indicated by economic statistics in January that showed a recovery of domestic demand, private consumption, tourism and exports," Mr Danucha said. "However, uncertainty on the impact of the Omicron variant still persists." 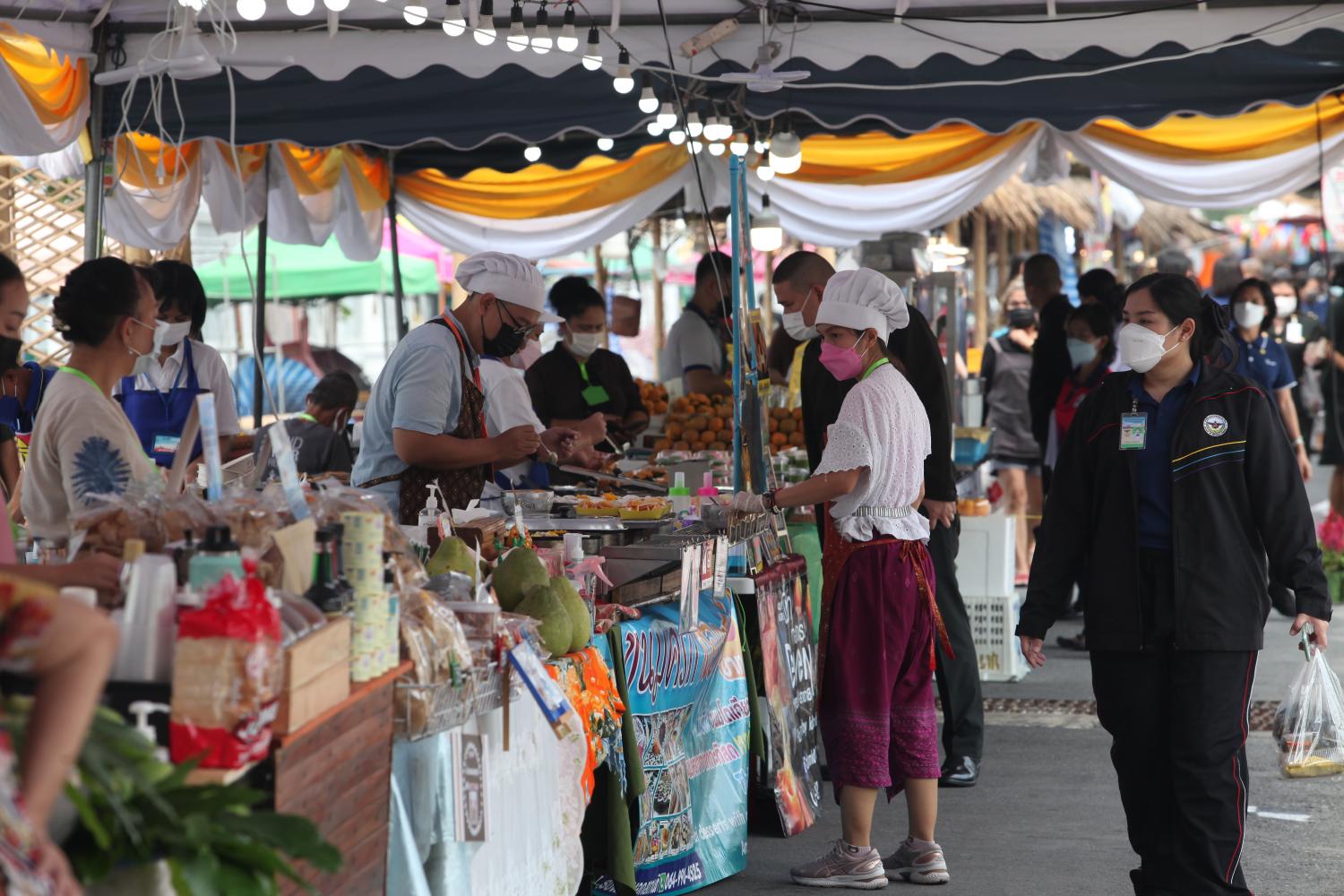 People are seen to be wearing face masks while browsing consumer products at a fair on Monday. The fair co-organised by the the Internal Trade Department's Thong Fah shops (Blue Flag) and the Defence Ministry runs until Friday at the Office of the Permanent Secretary for Defence. (Photo: Apichart Jinakul)

The NESDC on Monday said the Thai economy expanded by 1.9% in the fourth quarter of 2021 from the same period a year earlier, recovering from a contraction of 0.2% in the previous quarter. After seasonal adjustments, the economy increased by 1.8% from the third quarter.

The number of foreign tourists stood at 342,024 in the fourth quarter, significantly higher from the low base in the same period of the previous year, mainly owing to the implementation of the Test & Go programme for international visitors and the easing of entry restrictions for certain countries. 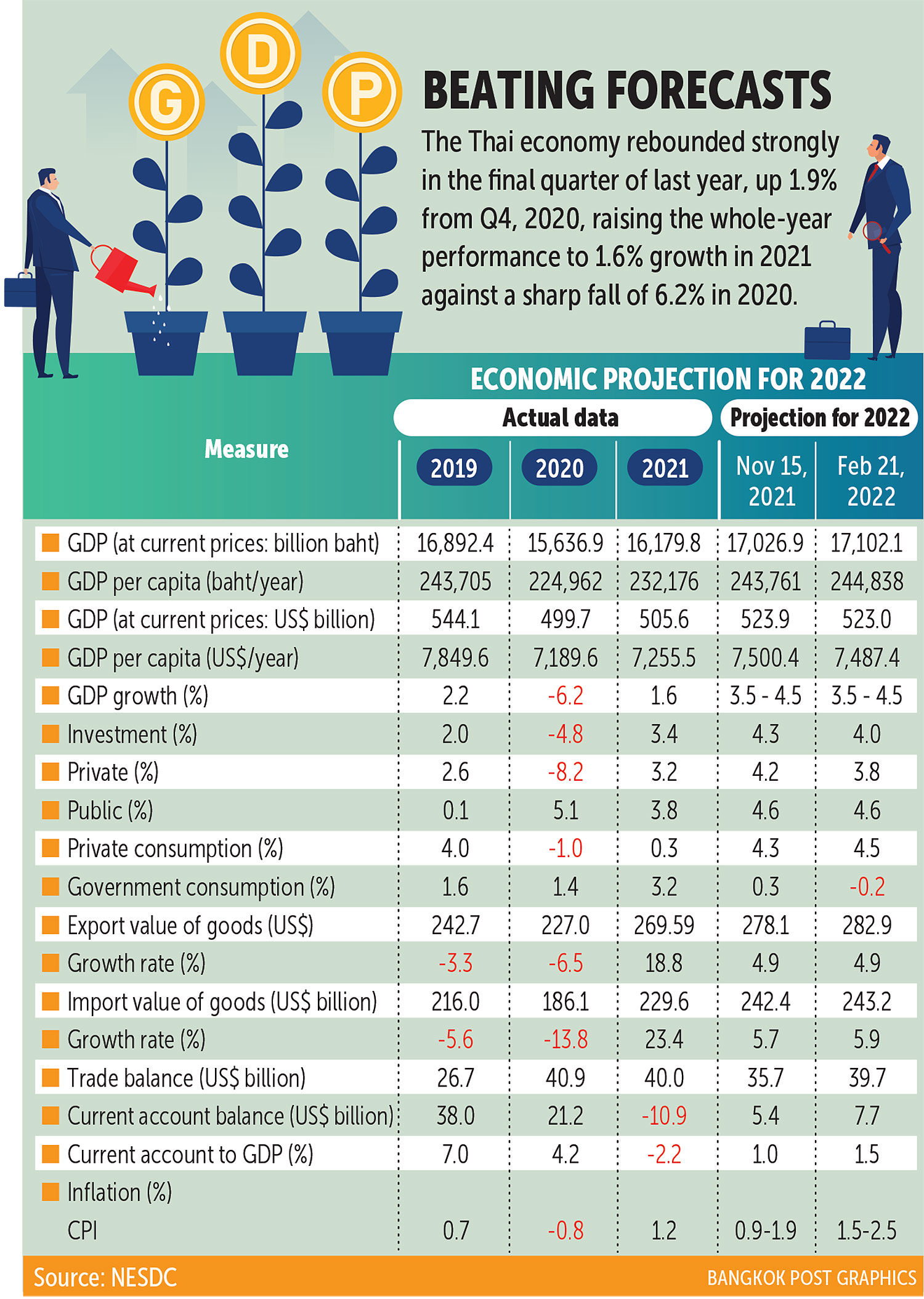 The improvement stemmed largely from a surge in exports, improving private consumption, growing investments, and recoveries in agriculture, forestry production, the fisheries sector, manufacturing sector, and the wholesale and retail trade sectors.

Regarding economic management for 2022, NESDC urged the government to: prioritise its efforts on containing domestic outbreaks and preventing a viral resurgence; assist affected businesses and sectors that are finding it difficult to recover; maintain momentum from domestic expenditure; tackle the household debt burden; and stimulate the export of goods.

The government is also being advised to: stimulate private investment; maintain growth momentum from state expenditure and investments; monitor, scrutinise, and prepare for volatilities from the global economy; and focus on economic restructuring with a view to enhancing competitiveness, improving income distribution and moving towards a low-carbon society.

The Fiscal Policy Office's director-general Pornchai Thiraveja said that 1.6% GDP growth in 2021 was assisted by the recovery of private consumption in the fourth quarter. Disbursement of the state's investment budget in the fourth quarter was also higher than expected. 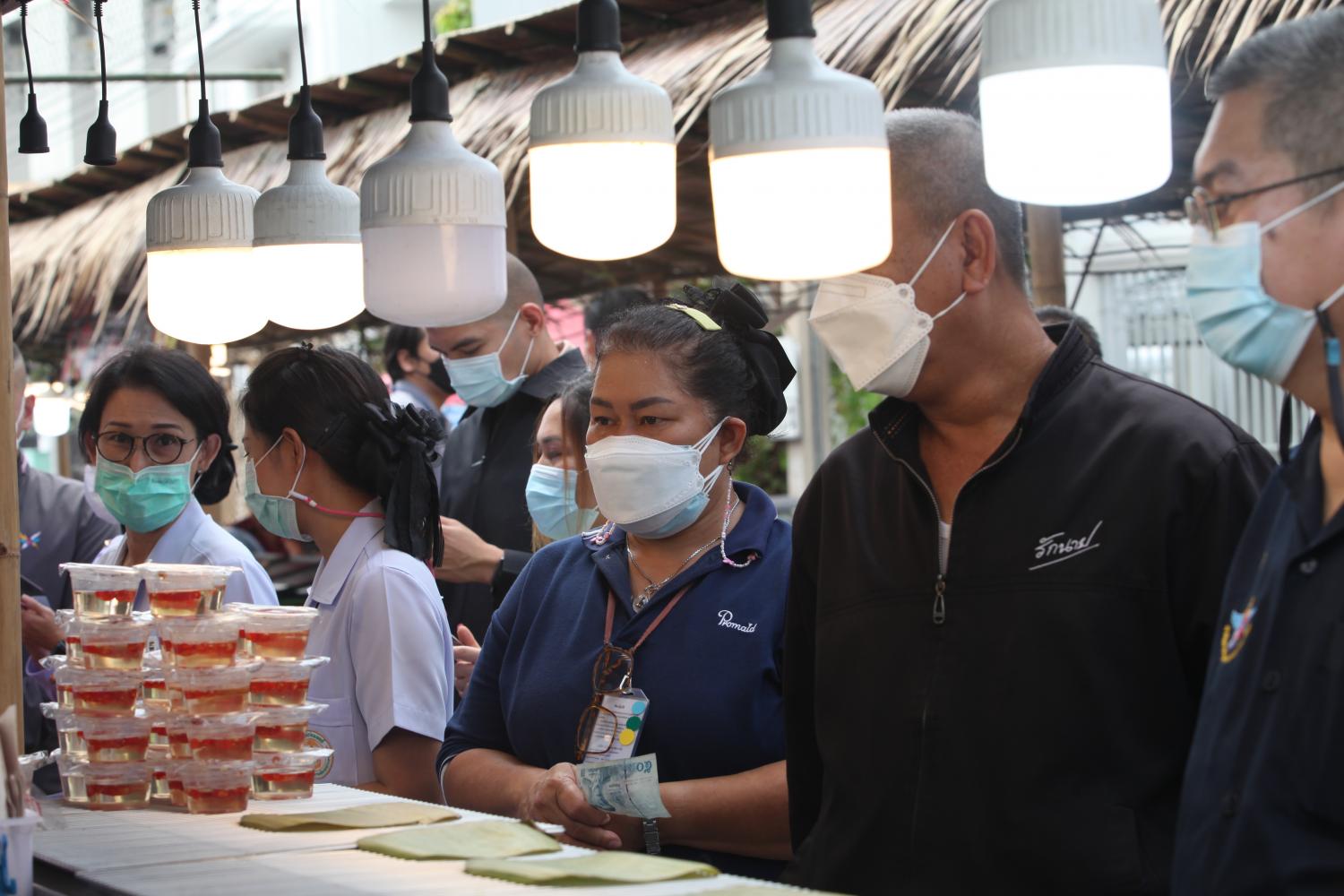 He added that the GDP expansion reflected the government's handling of Covid-19, in addition to its deployment of borrowed money under the emergency loan decree to generate maximum benefit for all sectors.

Over the last two years the government has issued two emergency loan decrees to borrow 1.5 trillion baht in order to mitigate the impact of the pandemic on the public and the economy.