Media spending is expected to rebound to growth of 12.8% in 2022 as people are getting back to normal life after two years of the pandemic, says Media Intelligence Group (MI), a media planning and creative agency. 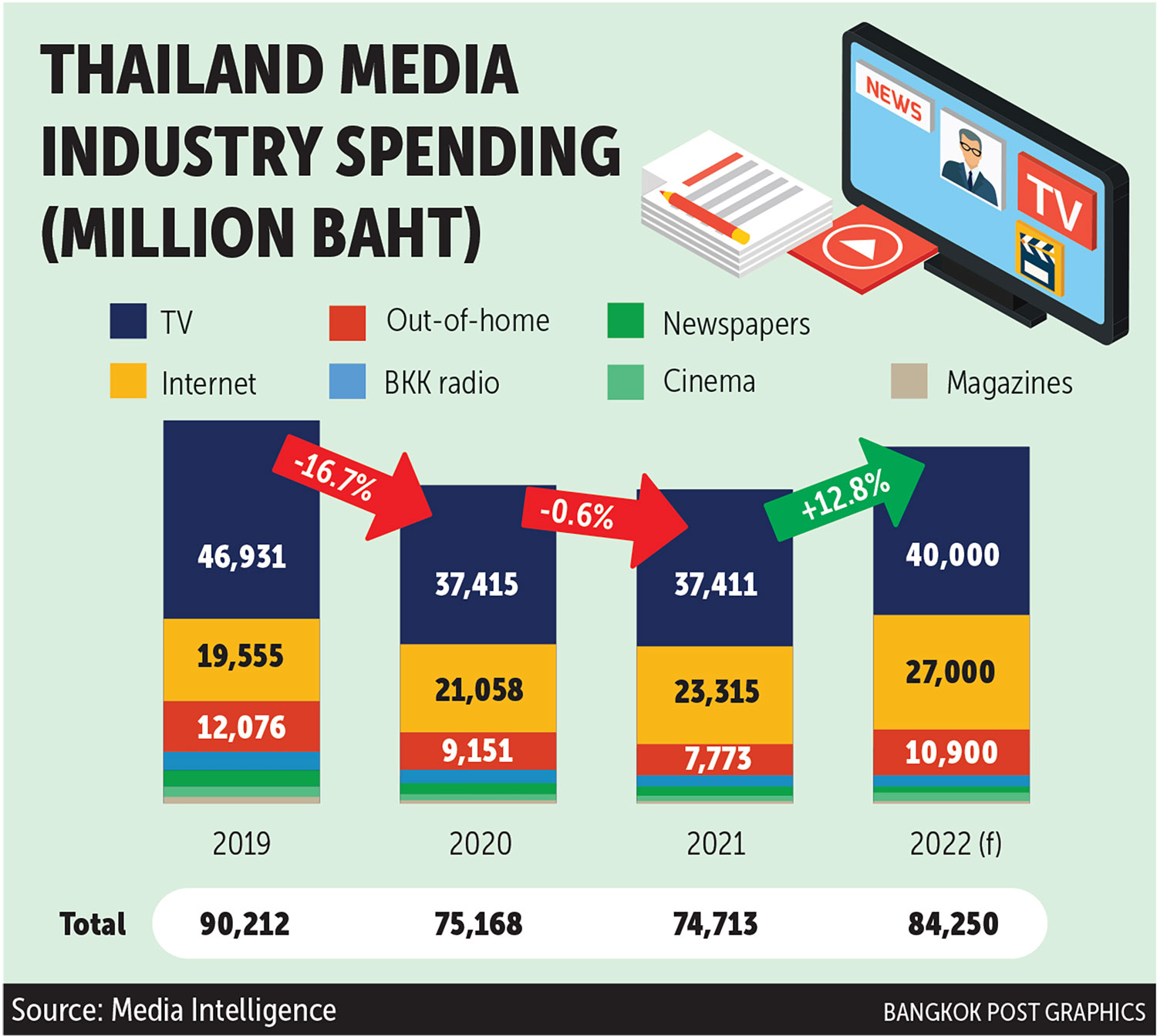 "Amid various challenges, including a surge in Omicron cases, the pandemic will become the endemic, which will enable travellers to arrive and people to go out and live a normal life, said MI president Pawat Ruangdejworachai.

He said MI forecast the media spending would grow 12.8% to reach 84.3 billion baht this year, supported by the majority of the population being fully vaccinated with two doses, while more than 30% of the population has received booster doses.

The Media Advertising Agency of Thailand expects the outlay to grow 5% this year, Mr Pawat said.

Thais are keen to return to normal life after two years of the pandemic, he said. Business operators need to gear up efforts to stimulate consumer demand due to limited spending now.

Based on a new survey by Hakuhodo Institute of Life and Living ASEAN (Thailand), Mr Pawat said 44% of the respondents said they expected to be happier in the next three months while only 6% said they believed they would be less happy.

They cover electric vehicles, supported by government incentive measures; motorcycles; businesses linked with the new normal, including e-marketplaces, delivery and health and hygiene; non-alcoholic beverages; beauty and health business; personal loans; new investment businesses, such as crypto platforms; as well as products associated with people living outside, such as restaurants and clothing.

Other elements, such as fuel prices and the political situation, are under close watch as ad spending outlook may have to be revised if these conditions worsen, Mr Pawat said.

The biggest ad spending would still go to TV this year at 40 billion baht, though the outlay for TV would share less than 50% of the total media spending for the first time ever, he said.

Digital media spending is expected to surge 16% to reach 27 billion baht this year.

Businesses are increasingly adopting influencers for their campaigns through online media, particularly in the group of new financial investments, such as cryptocurrencies.

Generations Y and Z are found to have engaged more on TikTok, Mr Pawat said.

Out of home spending is expected to bounce back this year, particularly during the summer period of March to May, which could see a growth of 10% from the same period last year, he said.

According to Mr Pawat, marketers may have to leverage measurement tools to gauge performance of media they use, not only for social media, but also TV and out of home media.

They can also collect and analyse data for personalised marketing and engage more on new emerging trends, such as the metaverse, cryptocurrency and non-fungible tokens, he said.