The conflict in Ukraine delivered an oil price shock after two years of Covid-19, dealing businesses another body blow

The Russian invasion of Ukraine is sending economic shockwaves around the globe with crude oil prices at one point reaching US$130 per barrel, hitting businesses already reeling from tepid consumption caused by the Covid-19 pandemic.

Thailand saw its consumer price index, a gauge of headline inflation, surge 5.28% in February from a year earlier, driven by higher energy prices, although the war only started late last month.

Concerns have been raised about the war increasingly drawing in global powers, making it unlikely oil prices could be reined in any time soon.

The Bangkok Post talked with various business leaders about the possible impact of the war on their business, the economic outlook, and what the Thai government should do to help ease their burden. 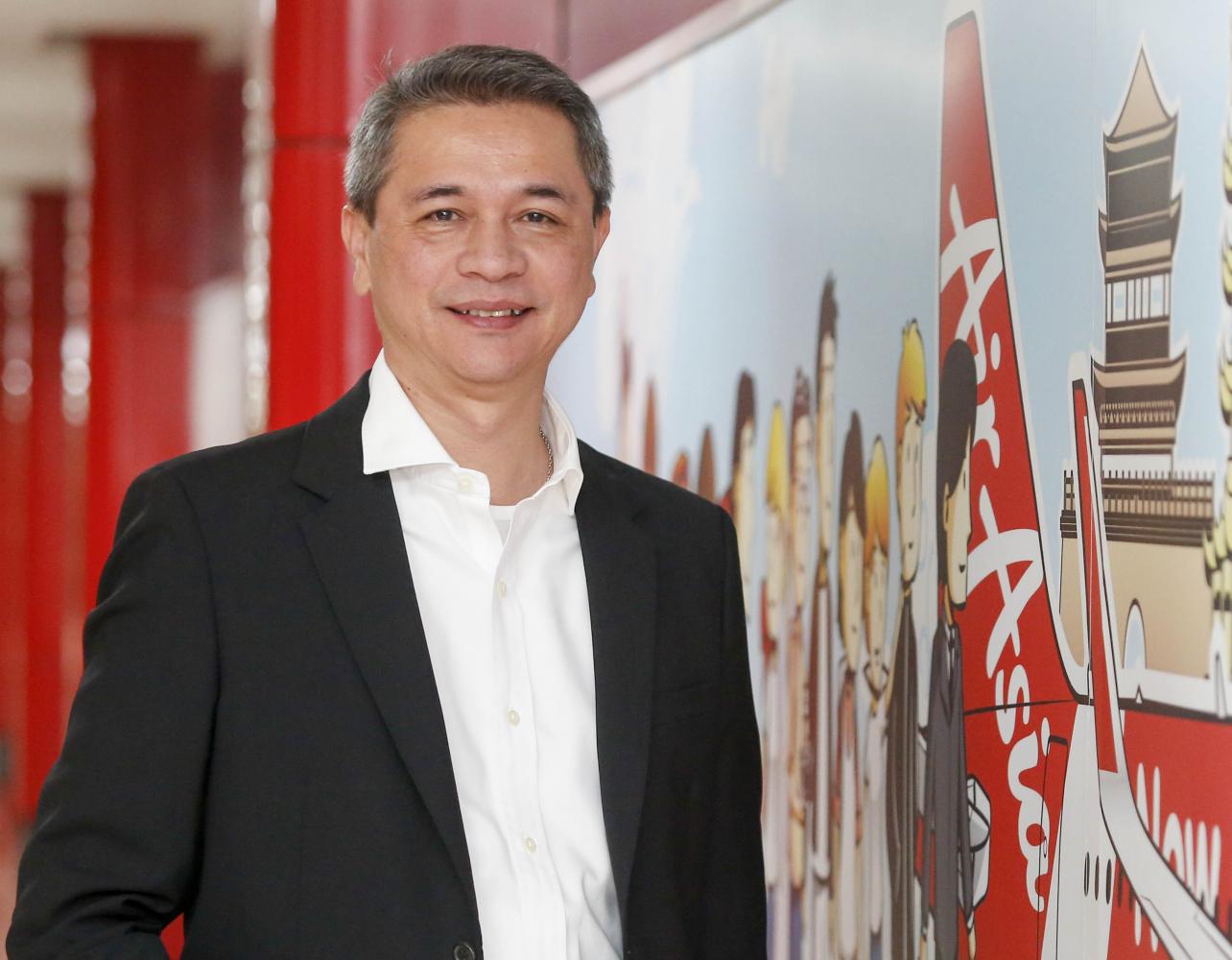 Aviation has been one of the hardest-hit sectors during the past two years of the pandemic.

Even though international and domestic flights have resumed in many countries, overall air traffic remains far below the level witnessed before the pandemic.

The soaring oil price is a nail in the coffin for carriers struggling to maintain financial stability, putting more pressure on both airlines' costs and passengers' travel decisions.

Tassapon Bijleveld, executive chairman of Asia Aviation, the majority shareholder of Thai AirAsia, said the two negative factors -- the higher cost of living and surging oil prices -- are closely related to each other.

Airlines have only recovered to 50% of previous levels because of the pandemic-induced sluggish economy and border closures. They now face great challenges from such high costs, he said.

"The signs of inflation are obvious, but the surge in energy prices has exacerbated an already bad situation. Our fuel costs have risen by 20% since the beginning of this year," said Mr Tassapon.

He said while Covid-19 negatively impacted airlines, there were other industries that performed well, such as e-commerce and delivery operators.

But a spike in oil prices, which is a key cost factor for almost all industries, has pushed everyone's backs against the wall, said Mr Tassapon.

He said Thai AirAsia extended cost-saving measures, including payroll cuts. Not all workers have returned to the same workload and salary as before the pandemic.

Airlines have been asked to simply include the additional cost in the price of air tickets, but operators want to implement a transparent policy for passengers by showing the fuel surcharge as a separate fee when they purchase air tickets.

This method will help passengers realise how much of the ticket fee is fuel, justifying the higher expense, said Mr Tassapon.

He said the tourism sector hopes the government will take two immediate actions: inject cash into the economy via various methods and reopen borders without restrictions.

"By letting the country reopen with no restrictions, the stressed economy would find its own recovery path," Mr Tassapon said.

"But to efficiently boost the tourism market, it's essential to have more tools like health insurance or by providing free Covid-19 treatment for foreigners. The government could cap the quota for each nation to control the budget."

As people remain concerned about the pandemic, such moves would give them confidence to visit Thailand again. 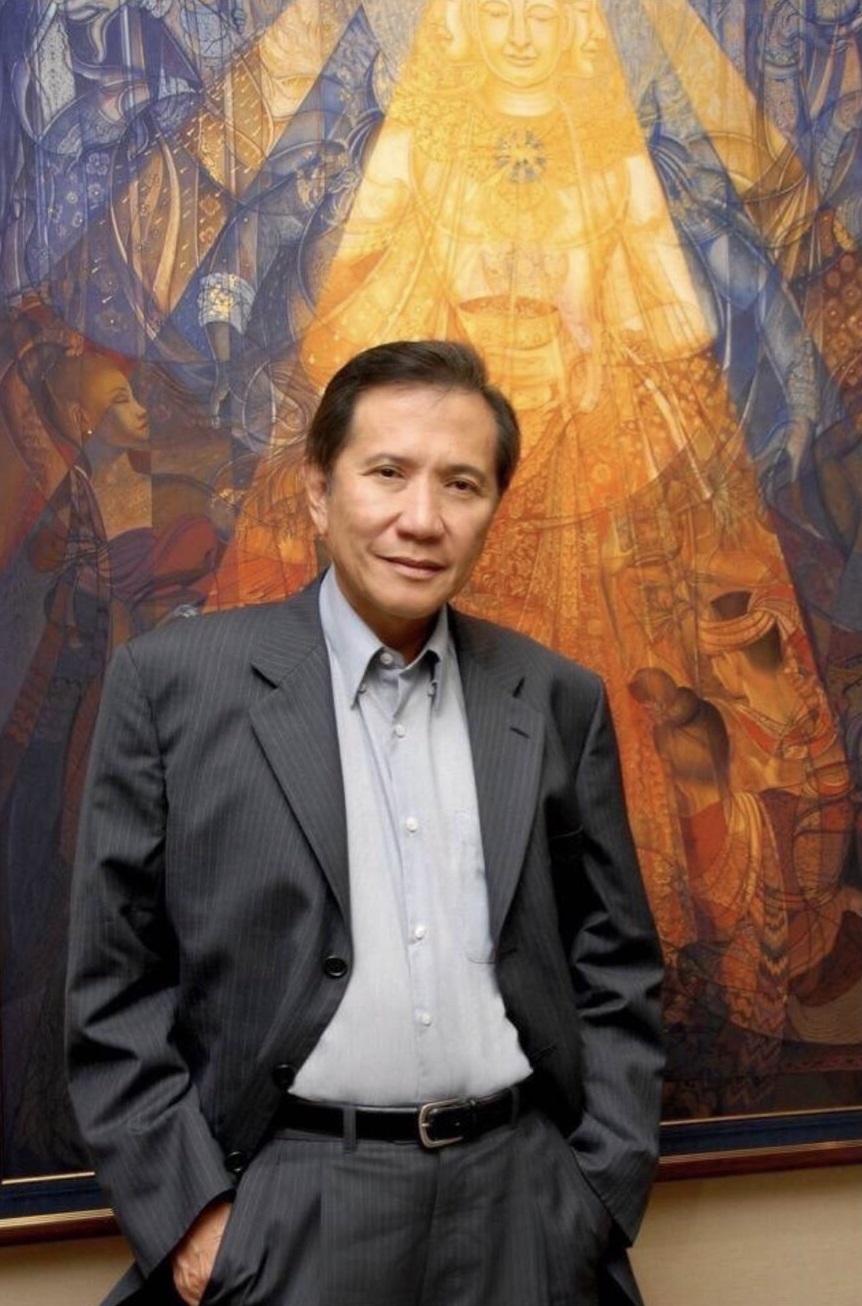 Mr Boonchai is worried consumers may rush to stockpile goods.

Boonchai Chokwatana, chairman of Saha Pathanapibul Plc, one of the largest distributors of consumer goods such as Mama instant noodles and Pao detergent, said his group's manufacturers, including The Noodles Factory Co, are starting to post losses because of the oil price spike.

With continuously increasing oil prices, fewer fish are caught because a dwindling number of fishermen are going out to sea.

It is possible the prices of canned fish will increase if the oil price remains high, Mr Boonchai said.

In addition to instant noodles and canned fish, major raw materials used to make detergent have surged by 53% from 2020 because of the pandemic and surging oil prices.

"Thanks largely to rising oil prices, our factories have gone from posting a profit to losses. This has been the hardest period for our group since the financial crisis in 1997," he said.

"If the Russia-Ukraine war goes on for another month, the situation will definitely get worse."

Mr Boonchai said consumers are likely to panic and rush to stockpile products if the prices of consumer goods are raised.

In a bid to stay afloat, the company prepared a number of measures, including the launch of new premium products with higher quality and prices, as well as using electric trucks to raise logistics efficiency.

Saha Group is also looking into methods to use its marketing budget more efficiently, cutting expenses that do not provide good returns, he said. 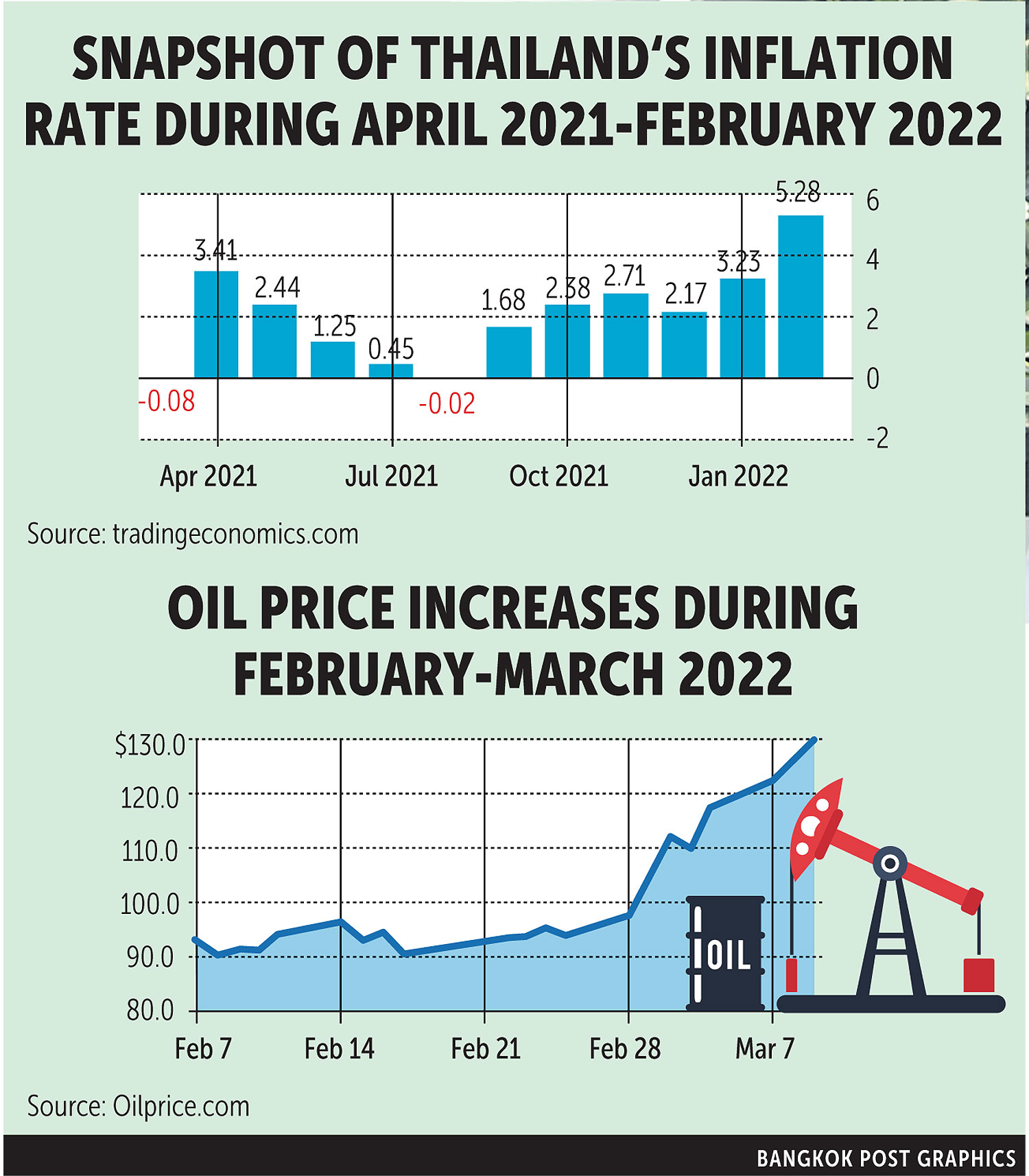 "In addition, the government should closely monitor price dumping for consumer products."

Despite the prolonged pandemic and the Russia-Ukraine war, Mr Boonchai expects the group's bottom line to be retained at 4% of sales.

"Saha Group has been established in the Thai market for eight decades," he said.

"We've confronted several crises in the past and overcome all problems. We've never given up because we believe all problems can be solved, everybody has to learn new things all the time, and we always have to be prepared to adapt for a new environment. Never give up when facing problems." 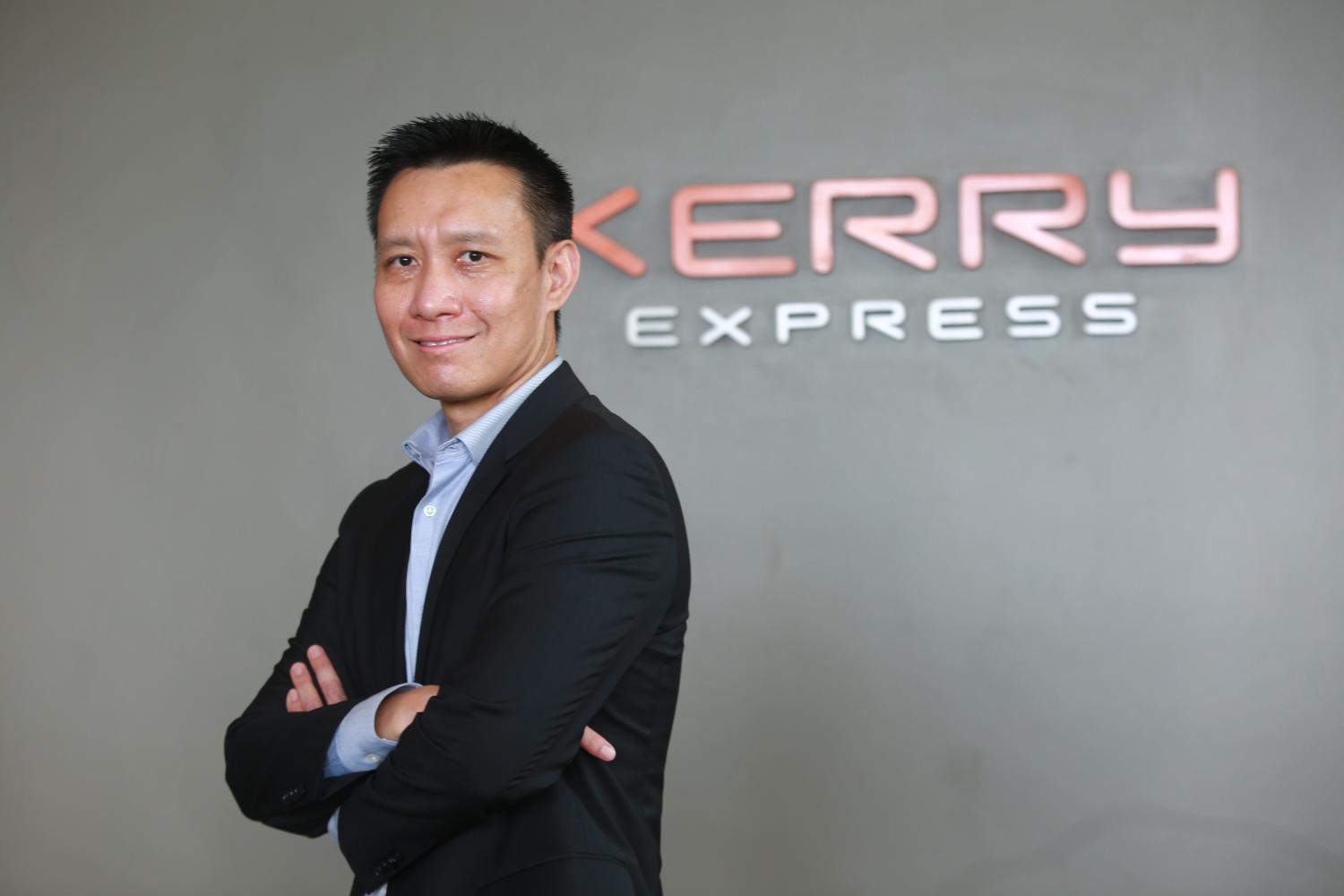 Issarin Patramai, chief investment officer at Kerry Express Thailand, said there was no doubt the surging oil price would have an impact on business operators in terms of their costs and profitability.

However, the impact of current oil prices on Kerry remains moderate as fuel costs account for just 10% of its total operating expenses, he said.

"We regularly enhance our operating efficiency through platform upgrades, optimising our operations network and route planning, and streamlining our processes with advanced technology," Mr Issarin said.

"This has resulted in more efficient fuel utilisation and helped keep our normalised costs in check."

In the medium and longer term, Kerry will explore appropriate electric vehicle models to be deployed in its network to reduce reliance on fossil fuels and reduce carbon emissions, he said.

Mr Issarin said despite surging oil prices, Kerry was unlikely to adjust its service fees as the current economic environment and inflation trends were already affecting consumers and small and medium-sized businesses.

The government's ongoing subsidisation of diesel prices is vital for the transport and logistics industry, said Mr Issarin.

"Even stronger support on this issue would help businesses and the country's economy at this critical time," he said. 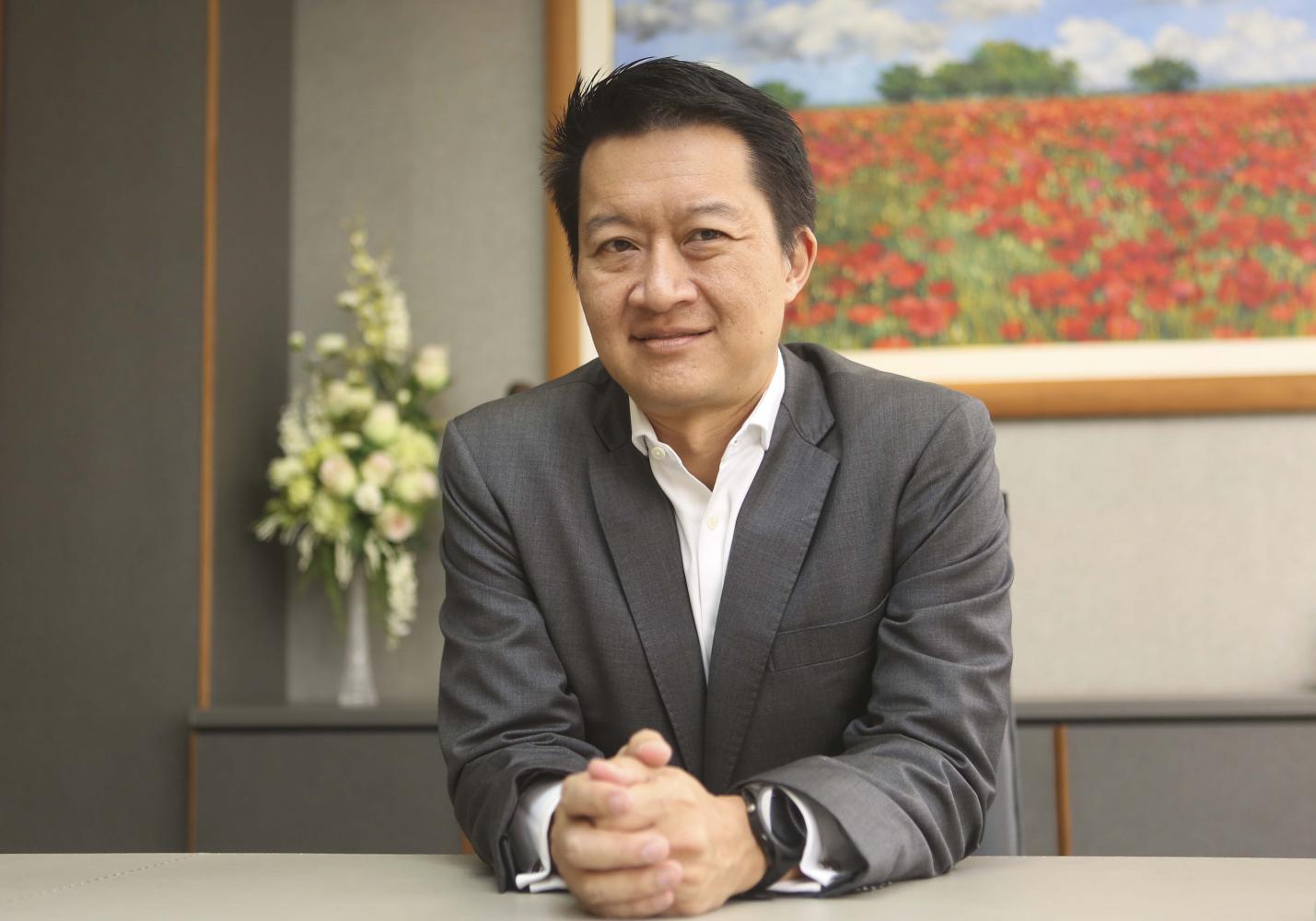 "The Brent crude oil price is set to soar towards $150 per barrel or beyond, and may stay lofty for more than a quarter," he said.

"In a worst-case scenario, we would have to contend with global stagflation, a combination of accelerating inflation and an economic plunge at the same time."

Given this danger, Mr Patchara said relevant Thai authorities need to develop plans and measures to cope with the potential economic impact.

One of the measures must be joint consultation between the public, private and related sectors on various issues, he said.

Mr Patchara said Thai authorities must also assess whether the impact of sanctions on Russia will lead to a full trade ban, whether there are any alternative payment systems for international settlements, and whether all transactions with Russia or its allies will be suspended.

Contingency plans for energy and food security must also be put in place, he said.

The impact on Thai businesses will require in-depth talks and preparations between the Bank of Thailand, the Thai Bankers' Association and many other business organisations to assess the damage sustained by commercial bank customers, said Mr Patchara.

Ongoing relief measures for existing debtors that were originally designed to cope with the impact of the pandemic potentially need to be revised because the war could aggravate the situation, possibly rendering the current measures insufficient, he said. 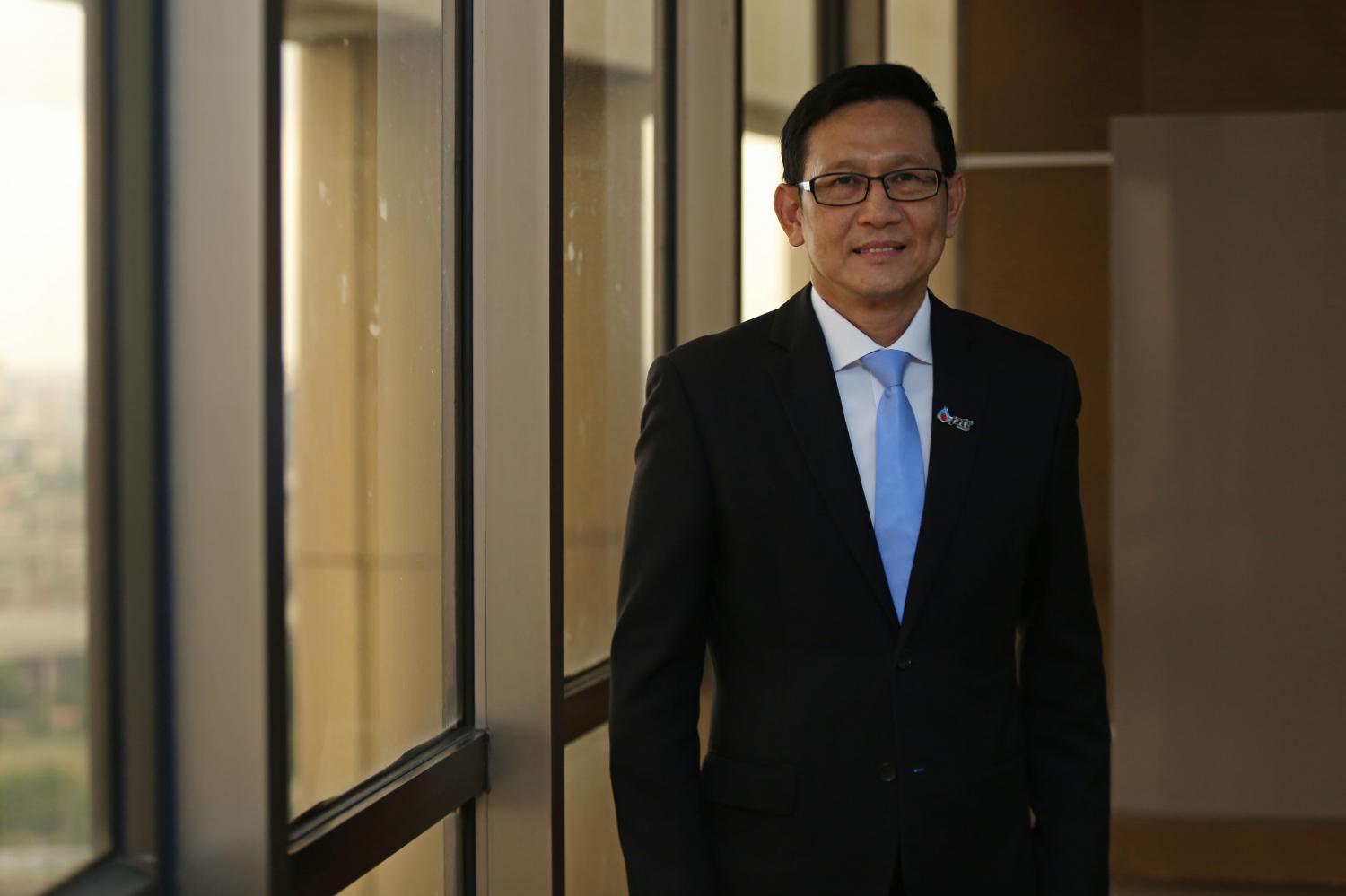 He said PTT is coordinating efforts with a network of business partners to secure at least 160 million litres of crude oil, which is higher than normal.

According to the Energy Ministry, Thailand has about 3.2 billion litres of crude oil in stock, and another 1.46 billion litres en route for delivery, along with 1.67 billion litres of refined oil. The reserves are expected to be sufficient to meet demand for at least two months.

While soaring global oil prices are crippling some consumers and entrepreneurs, Mr Auttapol prefers to be hopeful.

There is still a chance global oil prices will cool down if the war is not protracted and Iran is allowed to export more oil, he said.

His view of a shorter Russia-Ukraine conflict is in line with other energy analysts including Praipol Koomsup, a Thammasat University economist and former assistant to the energy minister, who said the international community would do its best to avoid a new round of economic troubles after being exhausted by the pandemic-induced global downturn.

If the US lifts sanctions against Iran, there may be additional oil supply shipped from that country, which would help to control prices, said Mr Auttapol. 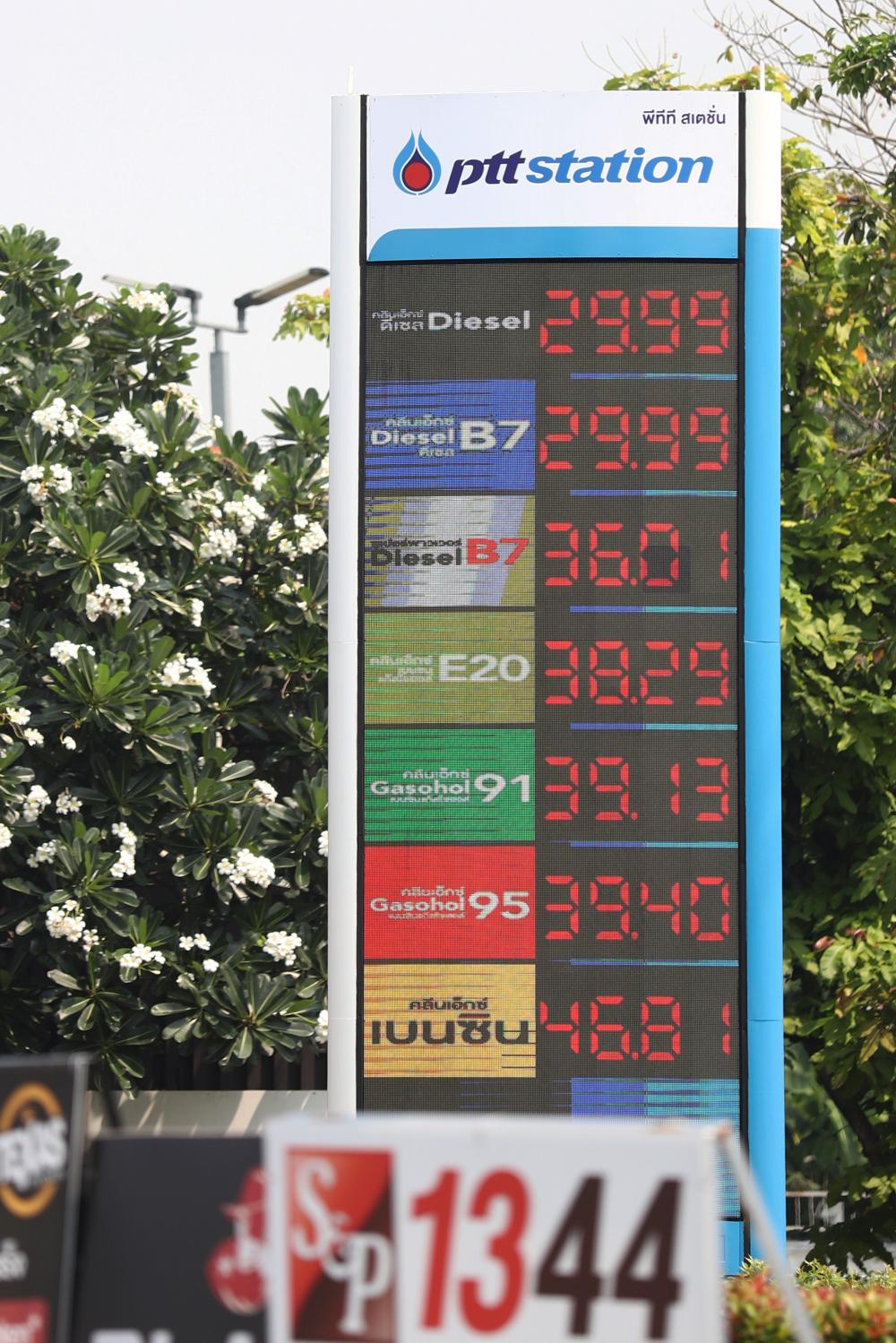