Tourism operators are increasingly resigned to the prospect of yet another quiet and loss-making Songkran, thanks to rising inflation and widespread restrictions imposed on the water festival

Khao San Road in Bangkok on March 16. Prior to the pandemic, Khao San Road attracted more than 50,000 tourists per day during Songkran. (Photo: Wichan Charoenkiatpakul)

With water splashing events banned during Songkran for a third consecutive year, tourism operators face a challenge at the top two festival sites of Khao San Road and Chiang Mai as there is limited room to grow revenue amid soaring operational costs.

The ban imposed by the Centre for Covid-19 Situation Administration (CCSA) last week was met with dismay by tourism operators, who believe the restriction stands in stark contrast to the government's aim of labelling Covid-19 an endemic disease by July 1, said Sanga Ruangwattanakul, president of the Khao San Business Association.

Half of the 10,000 hotel rooms around Phra Nakhon district, which is adjacent to Khao San Road, remain closed because of the slow international market.

For those that are operational, average occupancy has plunged below 20%, said Mr Sanga.

"No need to think about profit as hotels and restaurants are still struggling to maintain a steady revenue," he said.

The association will this week submit a petition to the CCSA to allow tourism destinations nationwide to host water splashing events in public areas, as it could be the best opportunity to show global travellers that the country is ready to revitalise tourism by returning to normal pre-pandemic activities.

Khao San Road previously attracted more than 50,000 tourists per day during Songkran, which produced 90-100% occupancy for properties along the road and in nearby areas. If the government permitted Songkran events, even with restrictions on the number of participants, it would be seen as better than doing nothing. 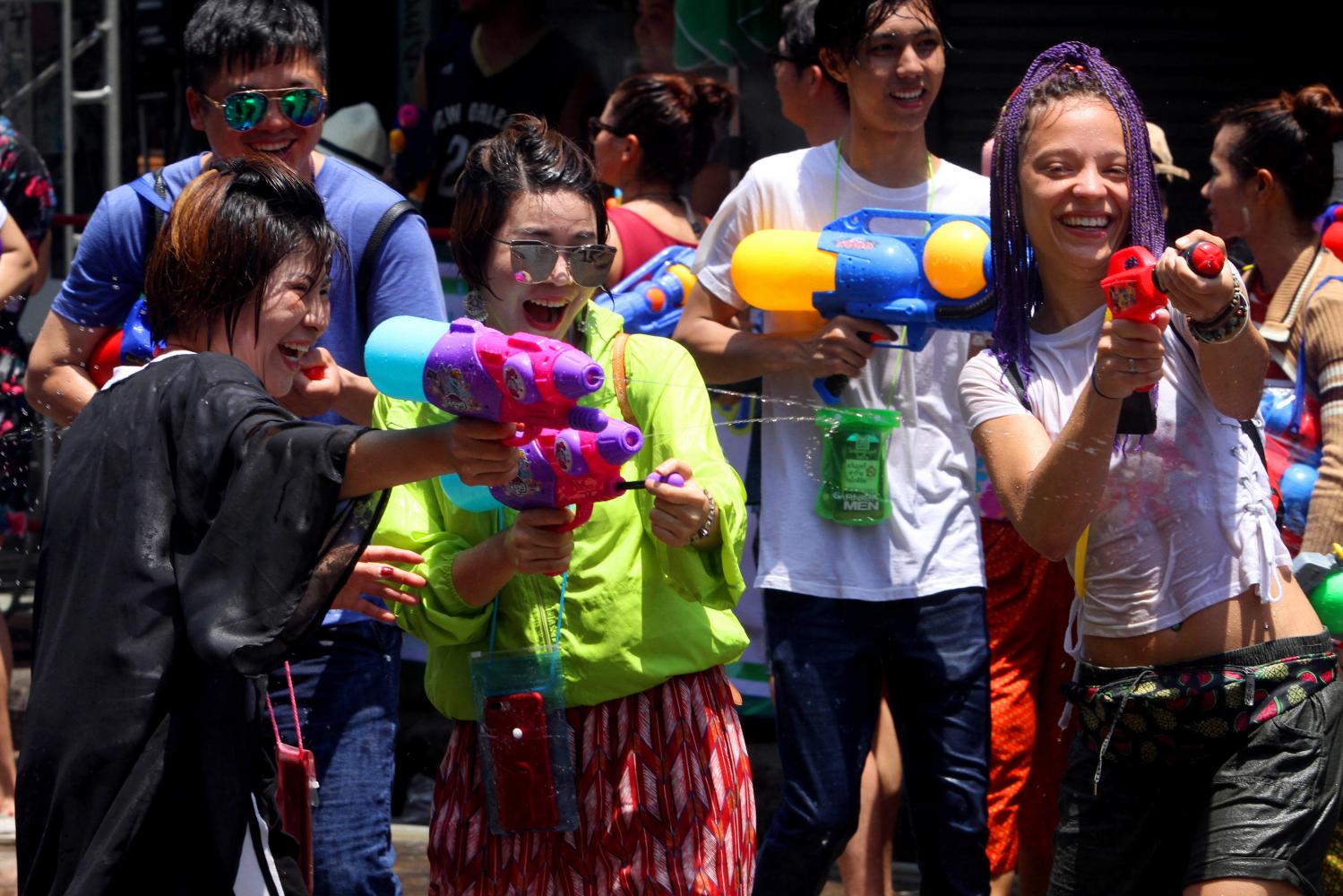 "The government has mandated regulations but never given us a solution," said Mr Sanga. "To comply with CCSA rules, restaurants until now still have to limit indoor and outdoor seat capacity to 50% and 75%, respectively. Earning under such restrictions is now worsened by soaring operational costs of around 20%, led by oil prices and electricity."

He said two years has been enough for the stringent restrictions which have stalled the tourism recovery. Mr Sanga said the government should acknowledge that foreign tourists will not choose Thailand as their holiday destination if places remain closed or quiet.

Tourism operators are ready to put preventive measures in place if Songkran events can be run as usual, as they already had experience in setting up screening points. With far fewer tourists around, there should be no congestion in the area.

The domestic market will also feel the impact of a dry Songkran festival this year.

La-Iad Bungsrithong, president of the Thai Hotels Association's northern chapter, said that this will be Chiang Mai's third consecutive year with a quiet Songkran.

The province has decided to follow CCSA restrictions by refraining from holding entertainment events, parties and concerts, but will retain traditional ceremonies, such as merit making in temples, and pouring water to elders to seek blessings.

Mrs La-Iad said forward bookings for the holiday remain sluggish at 20%, in contrast to the normal pre-pandemic years when room reservations usually reached 60-70% in March, before hitting a 90-100% occupancy rate during the actual festival.

"Looking at it optimistically, the occupancy rate during the upcoming holiday might escalate to 40-50% from the current level of under 20%," she said. "However, with a number of living-cost concerns for local travellers, such as soaring oil prices, the occupancy could also be no higher than 30%."

Mrs La-Iad said that even though 50% of all hotels in the province had reopened, an increase from 30% in 2021, most of them were unable to break even as the situation remained fluid.

"There's no more magic from the domestic We Travel Together campaign this time as the higher cost of living is quite a heavy burden for Thai travellers. Speaking to guests, many of them want to save money to prepare for uncertainties such as looming inflation," said Mrs La-Iad.

She said that during the New Year holiday, many local tourists, especially families, travelled by private car to Chiang Mai instead of flying to avoid complicated health checks, high airfares and the risk of infection.

Soaring oil prices might disrupt this group's plans as they are waiting until the last minute to see how the situation develops before making a decision.

However, it is difficult to see a strong rebound in such a short period as the We Travel Together stimulus scheme requires hotels to be booked seven days in advance.

"The five-star hotels in Chiang Mai are offering the regular rate of around 3,000 baht per night, which is extraordinarily low," said Mrs La-Iad. "Together with the stimulus scheme, tourists have to pay just 1,800 baht. However, even such low prices cannot rebuild strong demand due to too many negative factors."