The 10 SET-listed banks posted a combined net profit of 53.3 billion baht for the first quarter of 2022, an increase of 14.4% year-on-year, thanks to a decline in loan-loss provisions in line with an economic rebound. 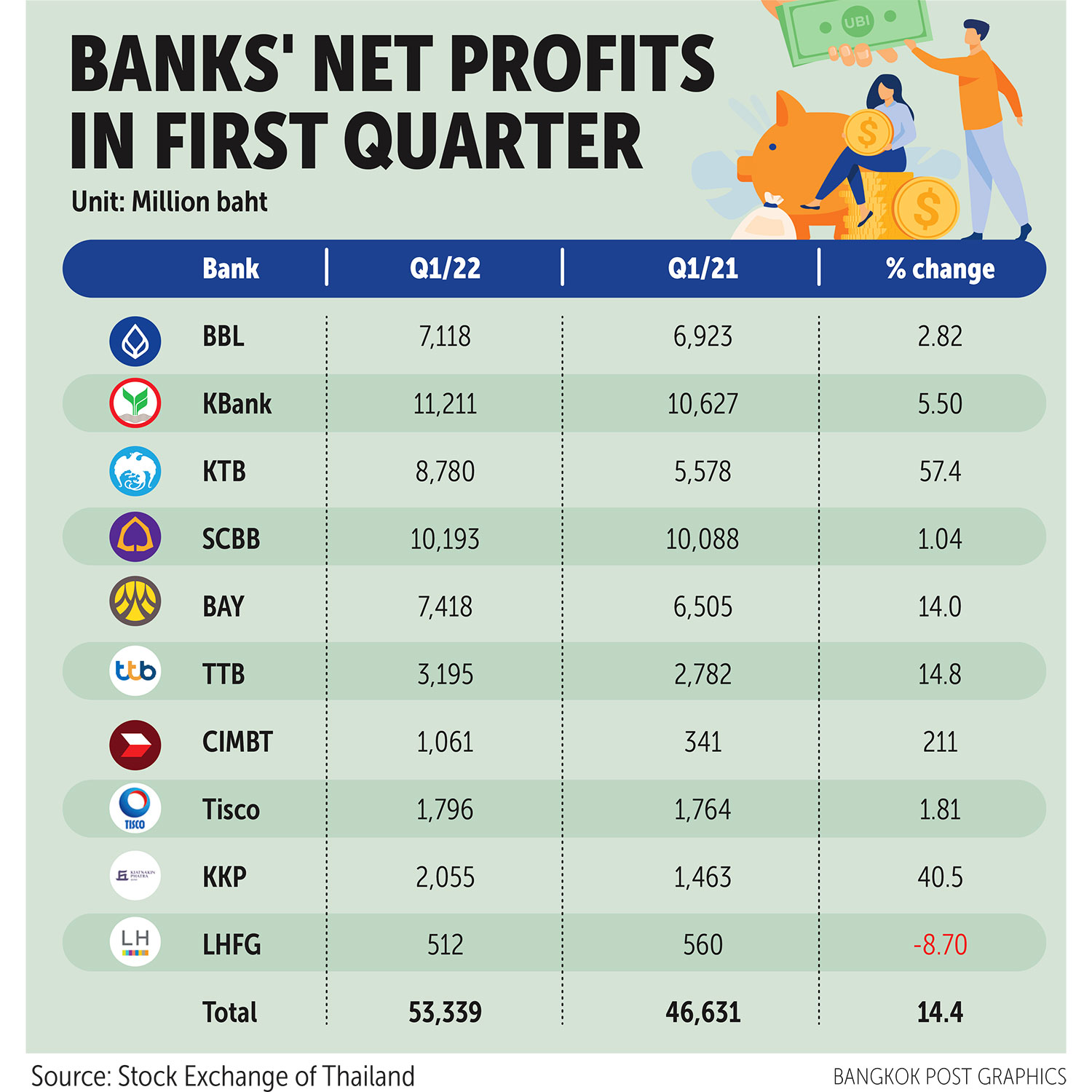 Of the 10 banks listed on the Stock Exchange of Thailand, CIMB Thai Bank, majority owned by the Malaysia-based CIMB Group, recorded the industry's highest net profit growth rate in the quarter, rising 211% year-on-year to 1.06 billion baht, as the financial institutions announced their unreviewed consolidated results.

The improvement for CIMBT was attributed to better cost control, with a 14% decline in operating expenses and a 64% decrease in expected credit losses, despite a marginal drop of 0.8% in operating income.

Looking solely at the five largest banks, Krungthai Bank posted the highest growth rate with net profit of 8.78 billion baht in the first quarter, jumping 57.4% year-on-year because of an increase in total operating income.

The bank set aside high expected credit losses of 5.47 billion baht, though they fell by 32.1% on a year-on-year basis, the bank said in a statement to the SET.

Kasikornbank reported the industry's largest net profit of 11.2 billion baht, rising 5.5% year-on-year, mainly due to an increase of 3.61 billion baht in net interest income, up 12.9%.

Bank of Ayudhya, also known as Krungsri, posted net profit of 7.42 billion baht, an increase of 913 million or 14.0% year-on-year, driven largely by higher operating profit together with lower expected credit losses. The bank expects the Thai economic rebound to remain intact in 2022.

Siam Commercial Bank reported consolidated net profit of 10.2 billion baht for the period, up by around 1.0% year-on-year, which reflected a Thai economic recovery that is fragile and uneven.