Domestic car sales in March rose 9.1% from a year earlier to 87,245 units, helped by improved economic activity following an easing of coronavirus curbs and relief measures, the Federation of Thai Industries (FTI) said on Monday.

"Given a very strong first quarter, there is a high chance that car sales will reach 900,000 units this year, exceeding our target," he said.

Thailand is a regional vehicle production and export base for the world's top carmakers, including Toyota, Honda and Mitsubishi.

The industry accounts for about 10% of Thailand's gross domestic product and its manufacturing jobs.

However, exports of cars dropped by 10.2% year-on-year to 93,840 vehicles in March and fell by 5.8% to 243,124 units in the January-March period, due partly to a shortage of microchips for some car models, Surapong said. 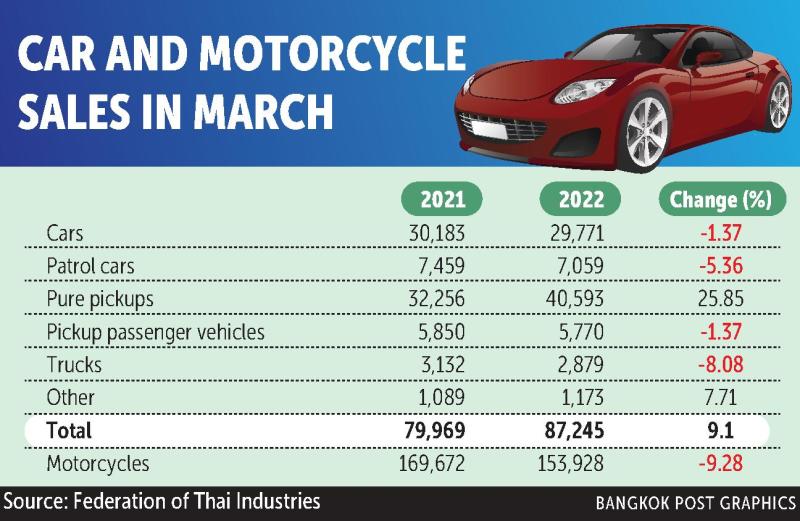