Race for Bangkok governor to attract B200m in advertising
Business

Race for Bangkok governor to attract B200m in advertising

"The Bangkok governor election slated for May 22 reflects the media spending landscape as social media has become the main channel, influencing 80% of Bangkokians who use social media as well as 20 segmented groups of users," Pawat Ruangdejworachai, chief executive of MI, said at a virtual media briefing.

This contrasts with the last gubernatorial election nine years ago when the outlay concentrated on newspapers and TV, said Mr Pawat.

Interactions between the public and candidates can now occur via a broad range of channels, both online and offline.

According to Mr Pawat, there are more than 700,000 new voters in the Bangkok gubernatorial election, or 16% of the total 4.5 million voters.

Protracted economic and social problems plus a huge number of new voters are fuelling public interest in the candidates' policies, he said. 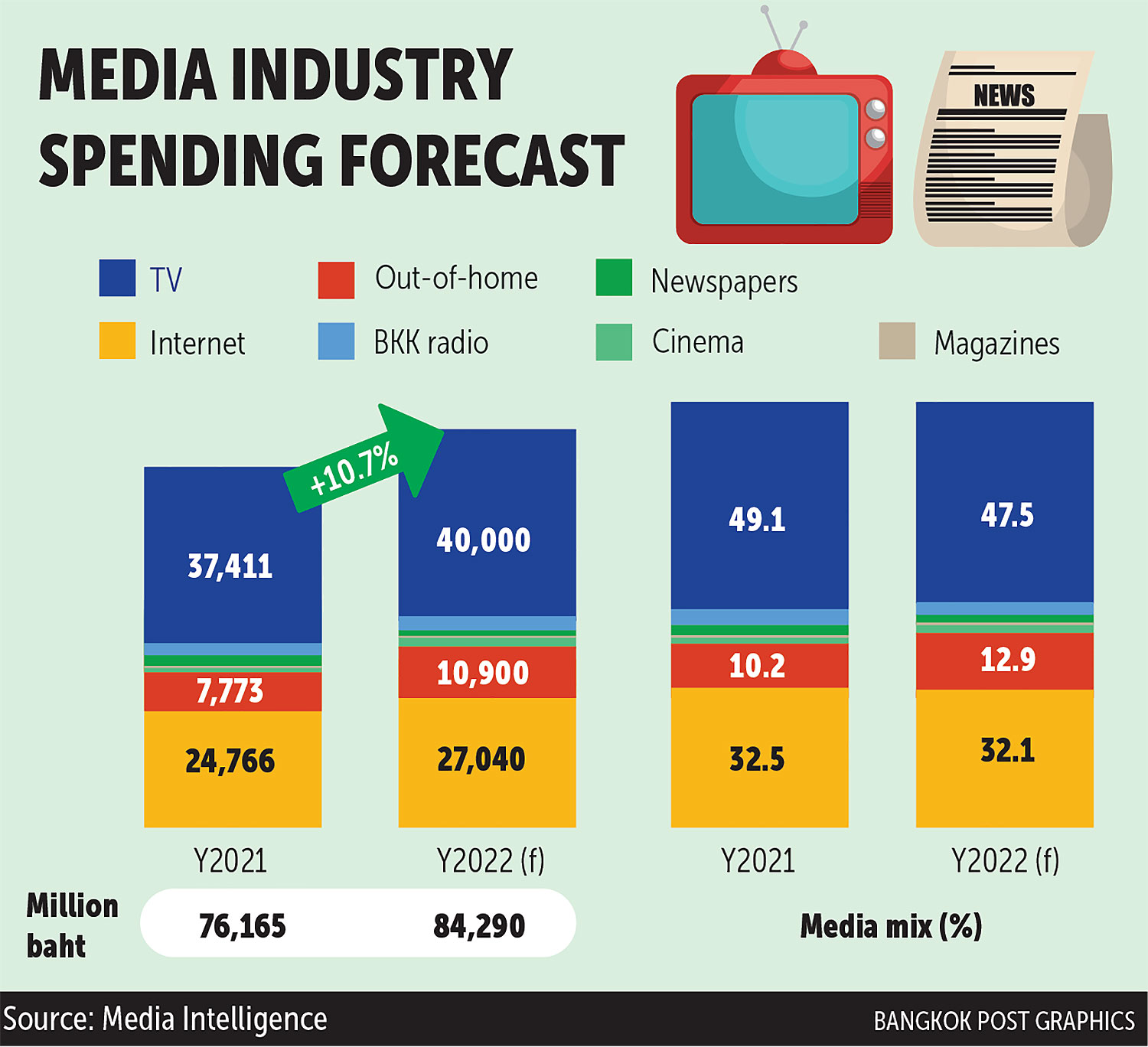 Chadchart Sittipunt, Wiroj Lakkhanaadisorn and Rosana Tositrakul are the candidates who have gained the biggest positive engagement of people through social media, Mr Pawat said.

Mr Chadchart commands strong engagement through every channel and segmented groups of users, while Mr Wiroj has the backing of his party, which has strong support on Twitter, Mr Pawat said.

Flooding, holistic development and traffic jams are the top three topics on social media regarding the election, he said.

The use of creative and sincere content targeting each group of people can be effective, said Mr Pawat.

As TikTok and Instagram have a strong user base among youngsters, they can be effective tools to raise awareness, he said.

This is the first time the proportion of spending on TV media will be less than 50%, he said.

Though there are some negative factors, such as the Russia-Ukraine war, a sluggish economy and surging fuel prices, locals are upbeat as Thailand reopens by loosening pandemic measures, Mr Pawat said.

Positive factors include next month's SEA Games and a potential tourism recovery, as well as brands gravitating towards advertising campaigns to attract customers who spend cautiously, he said.