The National Rice Policy Committee on Wednesday approved providing 1.92 billion baht to support the rice insurance scheme for the main crop of the 2022 season.

Boonyarit Kalayanamit, permanent commerce secretary, said the scheme covers 28.5 million rai of rice farmland nationwide, of which 28 million rai belong to farmers who are customers of the state-owned Bank for Agriculture and Agricultural Cooperatives (BAAC).

The scheme becomes effective once it is approved by the cabinet. 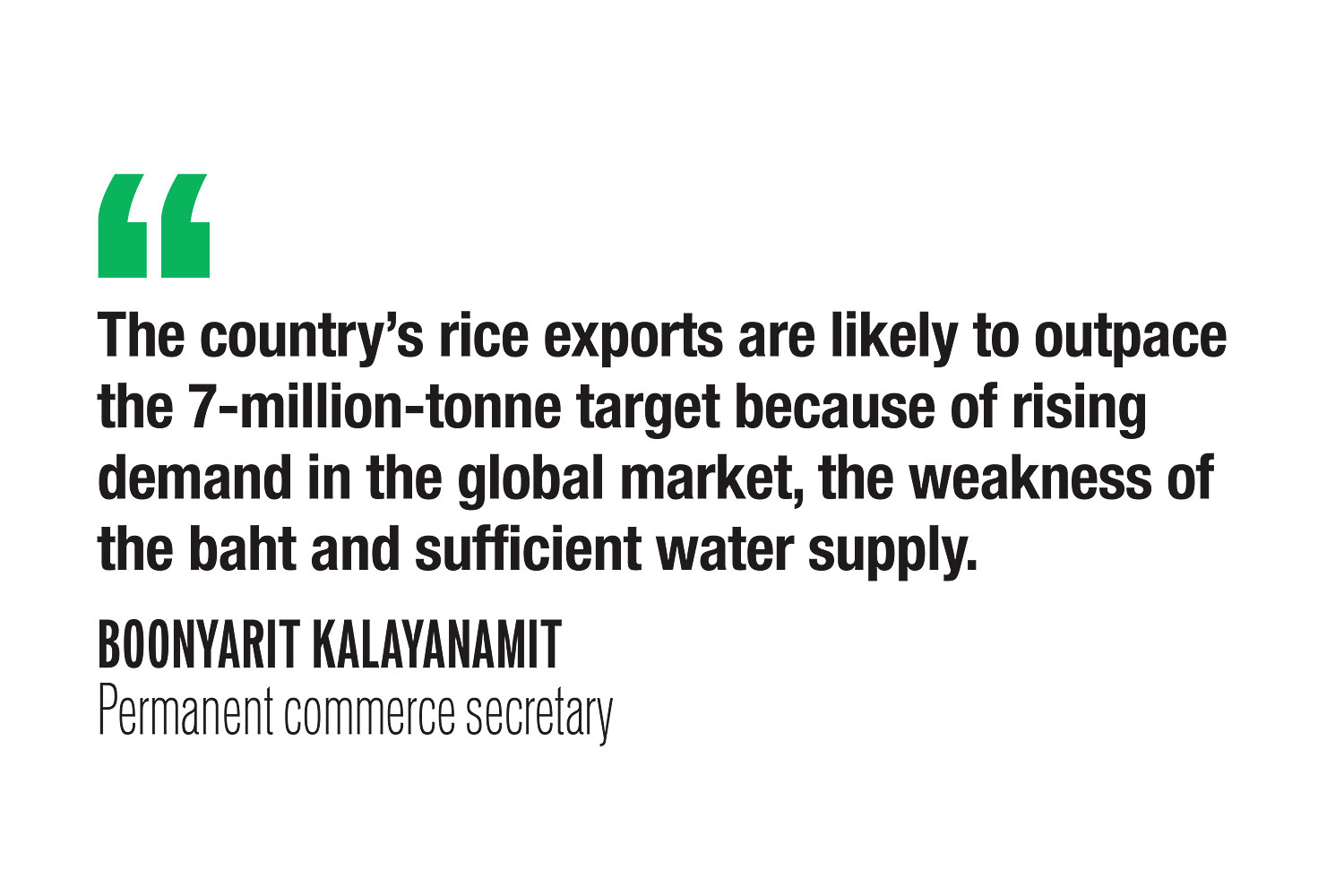 The scheme charges four rates of insurance premiums based on risk areas, ranging from 107 baht to 234 baht per rai.

For BAAC customers in all areas and farmers in low-risk areas, for instance, the scheme charges an insurance premium of 107 baht, including value-added tax and revenue stamp per rai, with the government contributing 39.60 baht per rai of the premium and participating farmers paying 67.40 baht per rai.

Farmers in medium-risk areas are charged an insurance premium of 214 baht per rai (including VAT and revenue stamp), with the government paying 74.40 baht and farmers 139.60 baht per rai.

Farmers in high-risk areas are charged 234.33 baht, including VAT and revenue stamp, with farmers paying 158.60 baht per rai, while the government contributes 75.73 baht per rai.

In a related development, Mr Boonyarit projected the country's rice exports are likely to outpace the 7-million-tonne target because of rising demand in the global market, the weakness of the baht and sufficient water supply.

Rice production is projected to increase by 540,000 tonnes in this year's season from 41.2 million tonnes in the previous season.

If Thailand can ship an average of 700,000 tonnes a month, the total export volume will likely be at least 8 million tonnes this year, well over the 7 million tonnes the association and Commerce Ministry forecast, he said.

Exports are estimated at a total value of 130 billion baht, up from 110 billion last year, said Mr Chookiat.

He said Thai rice export prices are competitive thanks to the weak baht, partially because of the ongoing war.