Trade with province to reach B1.26bn

Thailand signed a memorandum of understanding on Wednesday to form deeper trade partnerships through a so-called mini free trade agreement (mini-FTA) with China's Gansu province, aiming to push trade to reach 1.26 billion baht over the next 12 months.

According to Commerce Minister Jurin Laksanawisit, the partnership is meant not only to boost trade between Thailand and Gansu province, but also pave the way for future cooperation in trade and investment development.

According to Mr Jurin, potential products which are expected to benefit from the partnership include halal food, farm products, processed agricultural products, food and logistics services.

Gansu lies at the juncture of three highlands: the Qinghai-Xizang plateau, the Inner Mongolia plateau and the Huangtu plateau. The province is bounded on the east by Shanxi, on the west by Xinjiang, on the south by Sichuan, on the north by Inner Mongolia, Ningxia and Mongolia. Most of Gansu consists of plateaux or mountains with an altitude above 1,000 metres.

Gansu is rich in minerals, with 111 types having been found to date. It is also rich in hydropower because the Bailong River, a branch of the Yangtze River, and the Huanghe flow through the province.

Gansu also has plentiful biological resources, especially herbs used for medicine, and it is one of the most important Chinese herbal medicine production areas. 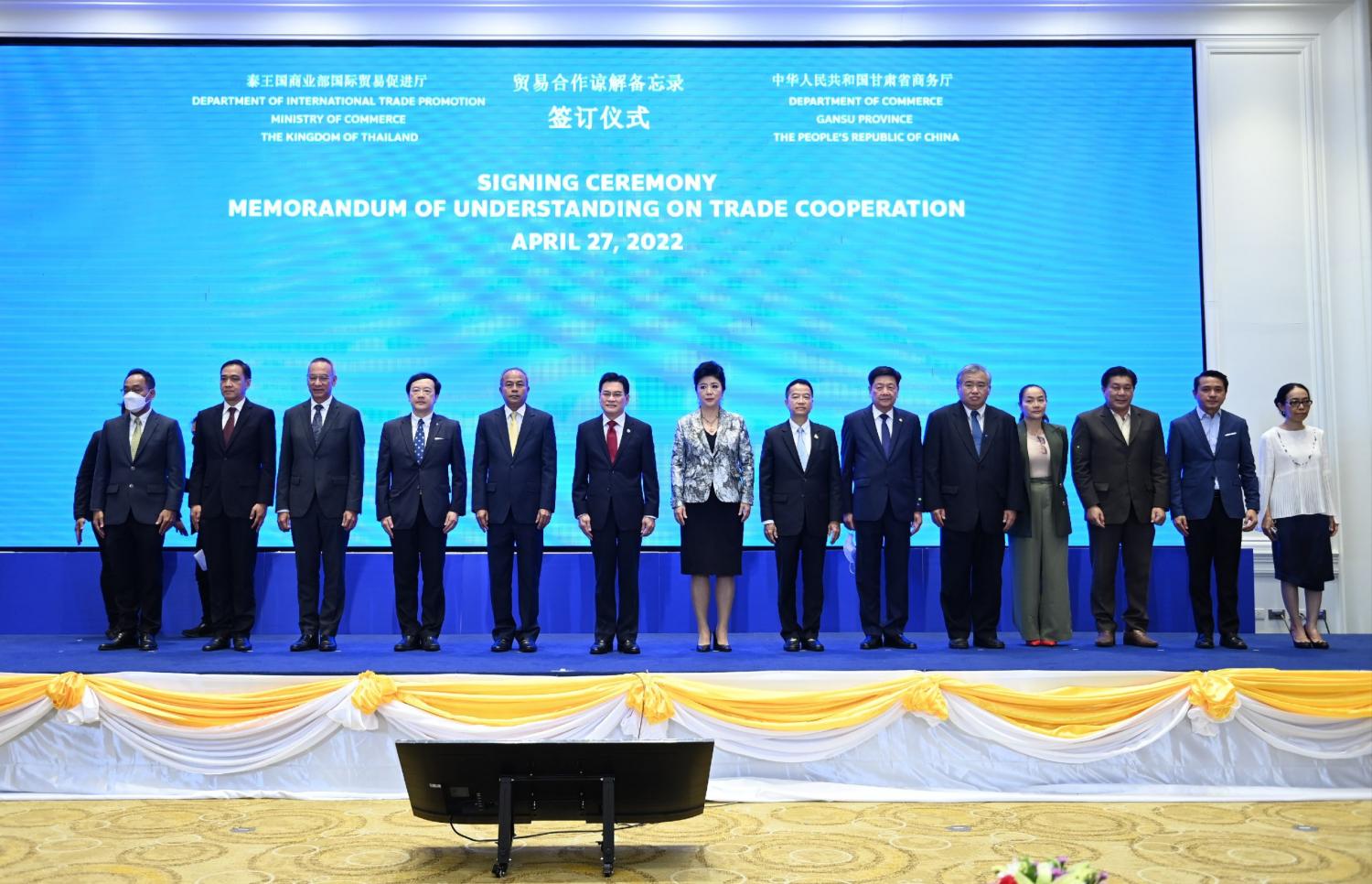 Trade between Thailand and China accounts for 19.26% of Thailand's total international trade value. In 2021, bilateral trade tallied US$104 billion or about 3.29 trillion baht, with exports from Thailand representing $37.2 billion or 1.17 trillion baht.

Thailand's exports to Gansu were worth only 301 million baht last year, and imports were valued at 790.50 million baht.

Thailand earlier signed three mini-FTAs -- one with Kofu city in Japan, one with China's Hainan province and one with Telangana state in India.