Passengers commute on a Klong Saen Saep boat on Tuesday. The operator of the boat service plans to raise fares by one baht if the diesel price goes up to 31 baht a litre. (Photo: Bloomberg)

Retail inflation is poised to accelerate from a 13-year high with the government lifting a freeze on some retail fuel prices, boosting the odds for the Bank of Thailand (BoT) to pivot away from its pandemic-era monetary policy accommodation.

Retail diesel prices will increase from May 1 after efforts to subsidise the fuel ended up with the Oil Fuel Fund accumulating 56 billion baht in debt. Two years of unprecedented economic stimulus to blunt the impact of the pandemic has left the administration with little fiscal room to maneuver.

Authorities warned citizens about the effect of the price increase on overall living costs, with Prime Minister Prayut Chan-o-cha this week appealing to the public for their cooperation as the government struggles to bear the cost of oil driven up by Russia’s war in Ukraine. With the baht slumping to a five-year low against the dollar, fuel will become more expensive for Thailand, a net oil importer, economists say.

That may force the central bank to review its “lower for longer” policy rate stance earlier than most economists expect.

Tim Leelahaphan, an economist at Standard Chartered Plc, expects the BoT to turn more hawkish or start signalling its policy shift to normalisation in its June 8 meeting.

“There’s no sign of inflation slowing down anytime soon with the war, the baht weakness and the government’s reduction of oil subsidy,” Mr Tim said. “Economic activities are also picking up as people learn to live with Covid. This should make the central bank more comfortable and start its policy shift to catch up with other countries.”

Although BoT Governor Sethaput Suthiwartnarueput has so far maintained that the central bank will prioritise growth over supply-driven inflation, there is a growing chorus among monetary policymakers including in India that inflation is a threat to growth as rising costs may eat into disposable incomes and erode consumer confidence.

Economies such as India, Thailand and the Philippines are among those facing higher risks as high inflation “takes away the ability of the consumer to spend on other things,” Moody’s Analytics Inc Chief Asia Economist Steve Cochrane said. 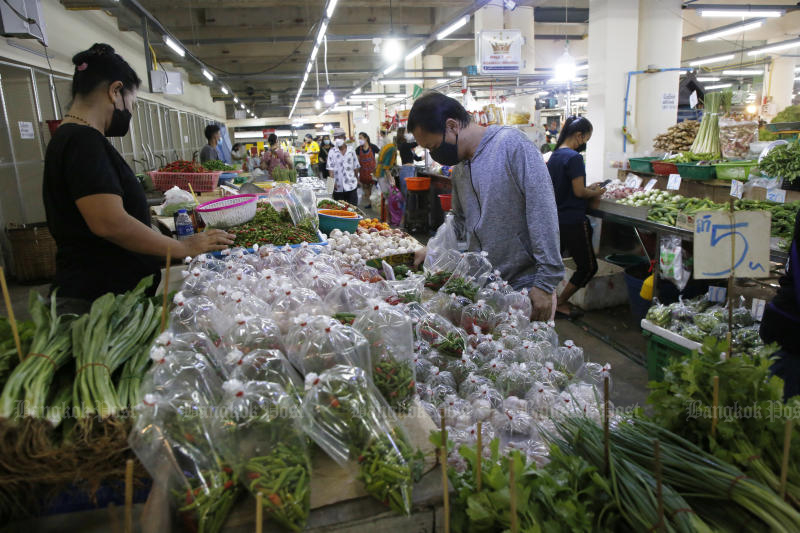 While a weaker baht may be helpful for exports, it’s likely to fuel an exit of foreign funds from the nation’s bonds and stocks. The central bank on Tuesday vowed to step in to curb any “excessive volatility” in baht that’s stemming from faster rate hikes in the United States.

“The odds of the BoT turning less dovish are rising,” Krystal Tan, an economist at ANZ, said. Clear signs of broadening demand-side price pressures and the labour market regaining a firmer footing would prompt us to reassess the timing of the BoT’s rate lift-off.