Thailand's headline consumer price index (CPI) in April rose 4.65% from a year earlier, driven by higher energy and food prices, the Commerce Ministry said on Thursday, though the figure came in below forecasts.

Despite April's price slowdown, helped by base effects, headline inflation is likely to exceed 5% in the coming months following the end of a cap on diesel prices, ministry official Ronnarong Phoolpipat told a news conference.

"As oil prices rise, generally product prices will also increase. But it does not mean inflation will be much higher. We also have to look at many factors," he said.

Government measures including price controls on essential goods and subsidies have helped slow a rise in inflation, the ministry has said.

The ministry is maintaining its forecast for headline inflation of 4-5% this year, exceeding the central bank's target range of 1-3%.

However, the central bank is not expected to raise rates soon as it has said its priority is to support growth. It also predicts inflation will exceed 5% in the second and third quarters before easing.

The core CPI index, which strips out volatile energy and fresh food prices, was up 2.0% in April from a year earlier, unchanged from the previous month, and in line with a forecast. 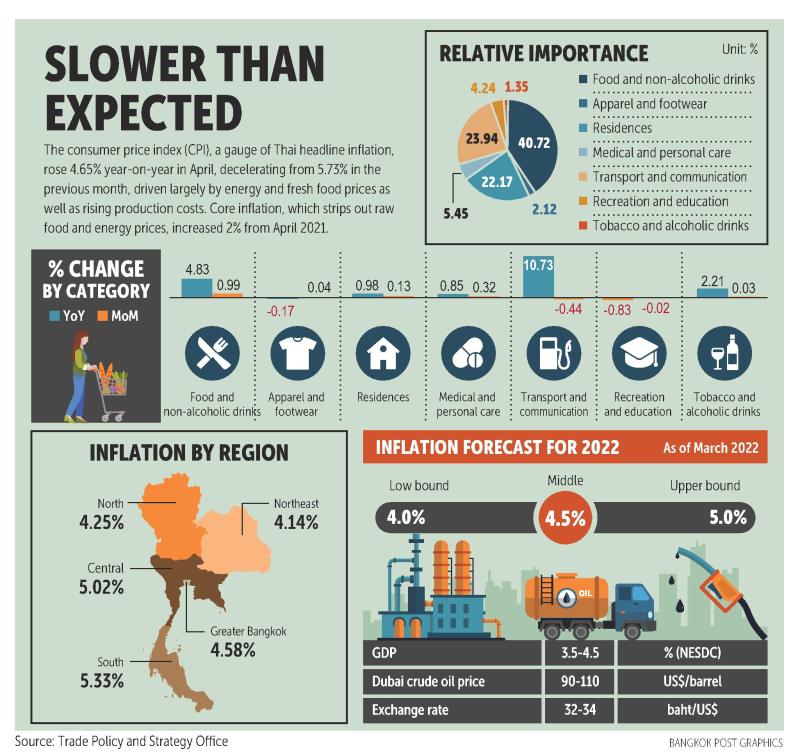